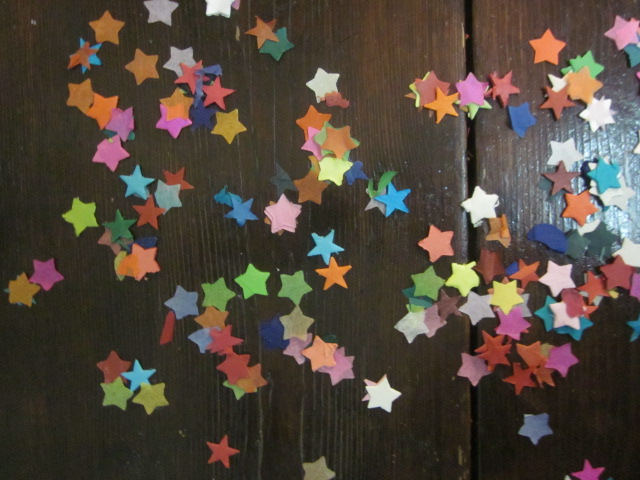 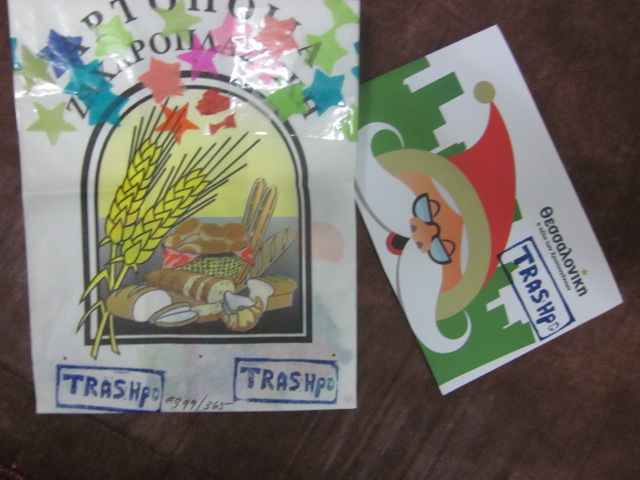 with the Greek Santa, and perhaps trashpo baggie, 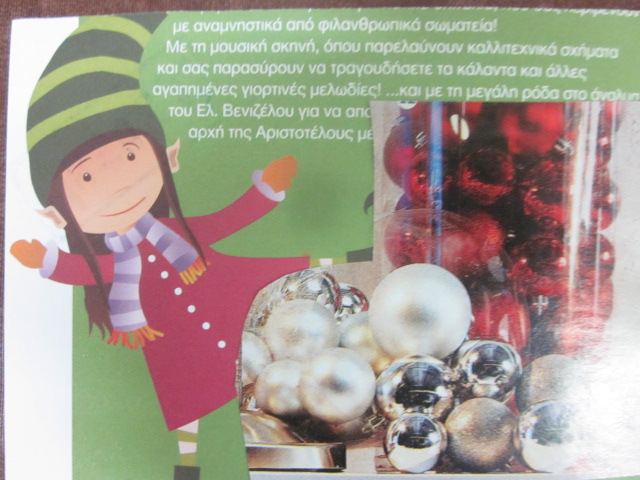 or the merry elves,girls and boys, with "Harmony 2% PLUS" for all your joys!

Perhaps with the cat-in-the-bag

OR you cut up old mail art scraps and made your own confetti...

At the stroke of MIDNIGHT...(your time)

you must toss the confetti high in the air 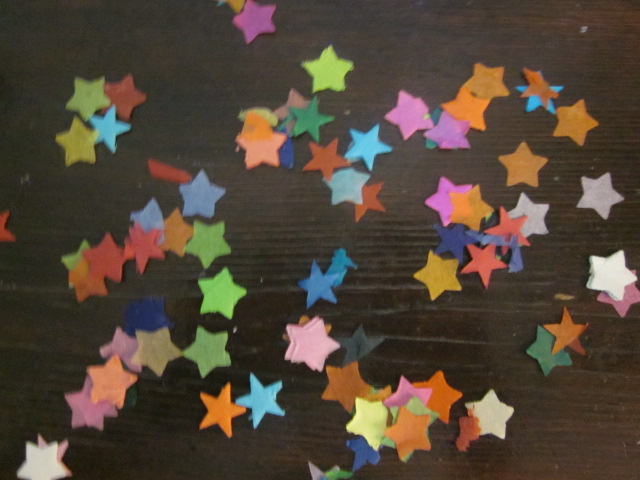 Mail art friends in Australia will toss confetti when it is only 12 noon in Greece...toss it!

Then Marie in Japan and anyone in Western Australia will be next hour.

Any mail artists have confetti in China, India, Iran, Iraq :-( Make some?

Then we wait for mail art friends in Russia to toss it!

Aha! then in Greece and anywhere else at midnight in Europe Greek time zone!

(That could be Germany, yes? And South Africa, too)

Next in Paris, ...the Netherlands...and then in London ..toss it!

confetti tossed in New York, Maine, and  Richmond ,Virginia and all along the Eastern USA!

Then it is the Midwest...Elgin, Illinois and Port Washington, Wisconsin, ...that means Minnesota, too.

On to the Rocky Mts., and  Texas? New Mexico...those places.

And finally the West coast of the USA...anyone in Hawaii, too.

Toss it and photo it...post it here tomorrow and on Sunday!

I tossed my confetti and waited until it landed at various spots...THEN I took the photo.HaHaHa! 'Love the one speck of confrtti, Thom! Looks like a star or the planet Venus!

Sometimes all I can do is laugh at myself.  I took Katerina's prescription and threw some confetti here in Seattle.  But I tried to be artistic and photograph some of it as it fell...  I only caught one piece of confetti on the camera shot!!!  Can you see it????  HA, HA, HA, ha, HA!! Happiest of New Year's everyone!  May all the mail art you receive in 2012 be coveted masterpieces!

Comment by Marie Wintzer on December 31, 2011 at 10:42am
That's a great idea, Katerina. Unfortunately I'm in France right now, and I think your confetti might be sitting in my mailbox in Japan. Oh well, it will be new year in my mailbox, just as well :-))