July 19, 2018 - Stephen Perkins using the moniker Janet Janet was a central figure in the great mail art surge of the 1980s. Those who participated or have studied correspondence and zines from that era are likely to recognize the Janet Janet persona even if they are not familiar with Perkins, who has also achieved a distinguished career in the above-ground art world.

Janet Janet was headquartered in San Francisco. Today Stephen Perkins resides in Madison, Wisconsin, USA and occasionally mails a package that shows us how mail art was and always should be done.  So IUOMA newbies take note and learn at the feet of one of the great masters!

I’m thrilled to have received this stack of 35 cards from Stephen Perkins. They suggest classic Fluxus event scores but are also perfect for communication in the digital age. In this package, Perkins is at his distinctive, conceptual best AND ideologically joining “The Resistance.” Mail art has always had a political aspect; it certainly did in the 80s. Protesting Ronald Reagan and South Africa were particularly prevalent.

Before this post I never thought in terms of something being Perkinsesque (or Janetesque?), but he actually does have a minimalist, text-oriented style that is recognizable.

Stephen Perkins was deeply involved in 1980s zine culture (that was inseparable from mail art) and edited two legendary zines: Box of Water and Schism. He participated in Neoism (especially the British variety led by Stewart Home), the international Art Strike and the plagiarism movement (long before Kenneth Goldsmith) that culminated in the 1989 Festival of Plagiarism in the UK. Perkins has also contributed to scholarship and theory on these subjects. For instance, he and Lloyd Dunn (Photostatic – another classic zine) have published a study of copy art. Perkins is an interesting figure to explore. Ruud Janssen’s interview is good place to begin:

The cards are in pairs so that I am able to show both sides (left to right). I am most fascinated with the tautologies and repetition created when front and back have the same word(s) printed. In some cases they are oppositions. The reprtition is the same principle as the Janet Janet construct and a classic conceptualist trope. A political message is intended which I doubt anyone can fail to read, but Perkins’ conceptual brilliance (and apolitical abstraction) is present everywhere as well.

Deepest thanks to Stephen Perkins!

(Sorry, had to get some typos out of the previous draft.)

For complete disclosure, I am also adding (as other correspondents know) that our own Richard C is a mail art activist in "The Resistance" that is certainly a force in the current network.

Contemporary folks, I think, assume a network that is more aesthetic than activist. But all this Trump protest is a reminder that the network historically has been very political and Leftist. In the 80s you had Marxists but the real action was among Anarchists!

I have studied Marx, social realism, and revolutionary art (France, Russia, China blah blah) and personally I have great reservations concerning "political art" or how effective it might be in the current milieu. But the fact that two mail art legends - Richard C and Stephen Perkins - are engaging in these art actions is worth a blog or two. 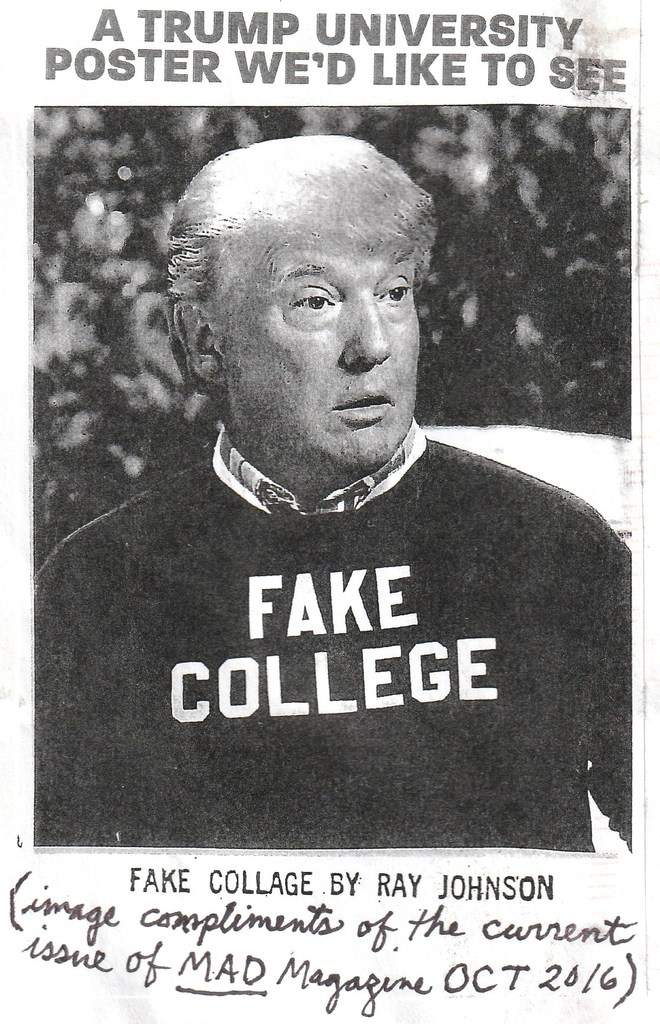 Hi Richard, I've relayed to Stephen Perkins how much you like his cards.

My commentary and selection of scans probably does reflect a "critical bias" that so many artists fear. I am interested in and thus emphasize Perkins' conceptualism. And apparently you, Richard, recognize his achievement as a conceptualist.

BUT I can only present a fair "reading" of the work if I make sure to explain that when looking at all 35 cards Perkins is passionately communicating an anti-Donald Trump message that branches out into individual issues of racism, gun control, etc. I focus on binary word structures that are more abstract than ideological. But this is definitely intended to be political art. Almost to a point of wrecklessness. Conceptual and political art are not usually connected (someone correct me if you disagree.) Although our avant garde today evolved from revolutionary art. Look at Russian art at the beginning of the 20th century, for instance.

Here are a few additional scans to broaden the view: 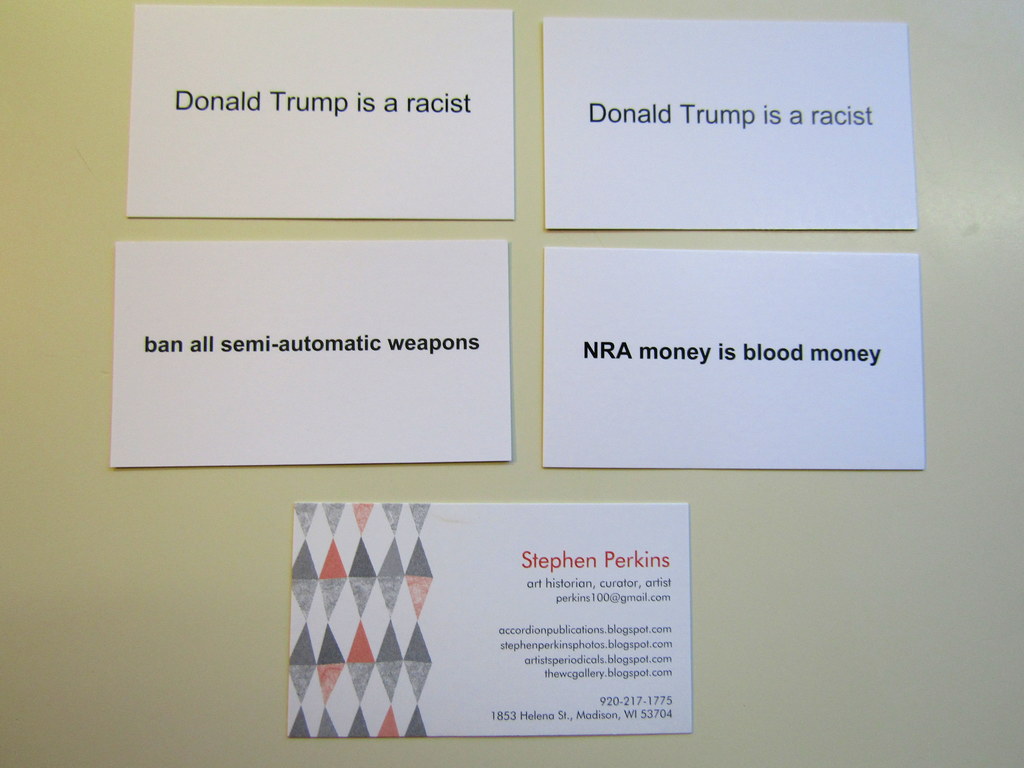 19.0718 Dare Mister De Villo Sloan & Mister Stephen Perkins,  This Conceptual Artist covers practically everything in 35 cards & you, Mister De Villo S. help make it all palatable & reasonable comfortable. A few were beyond my limited cognitive powers but enough to be stirring.  Thanx for posting...this is quality stuff. SinCelery, Richard C.