Paint - but not by Numbers by Carina.Finland 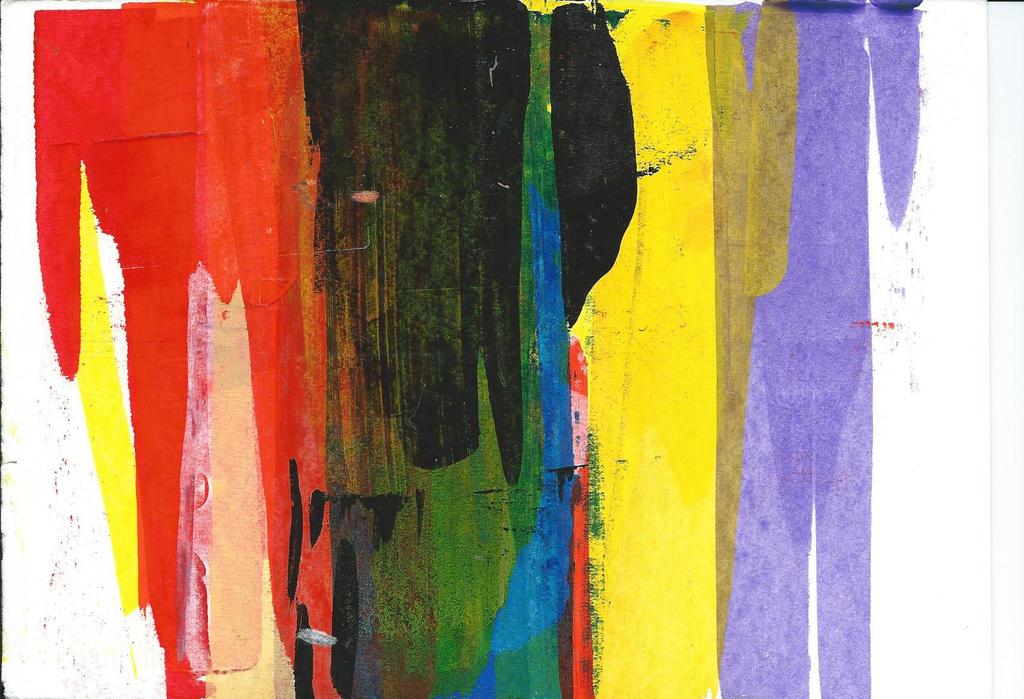 Carina sent this beautiful postcard with these amazing painted layers...thanks and hugs *!*

The right hand is back! the left hand breathes a sigh of relief.

just an AMAZING piece from Claudia....this is breathtaking! is this what happen when the right hand goes on vacation. 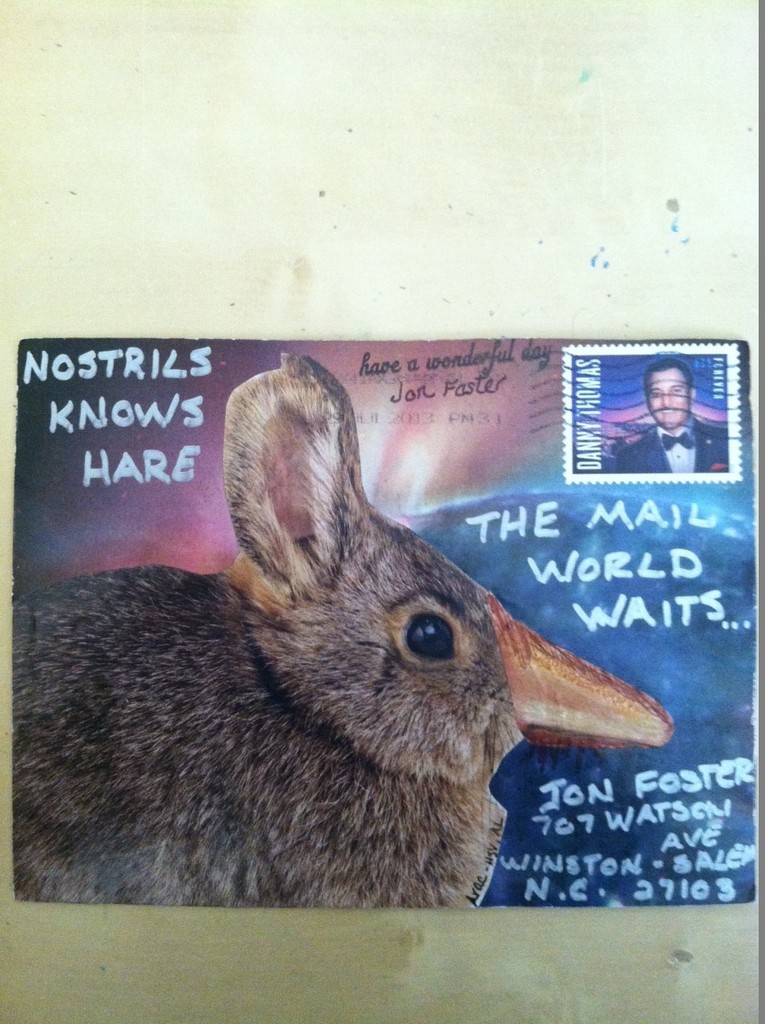 Hello and happy Nostrils Day. Today I released the second CD of my "outsider music" project. Randomly, I received two great pieces of mail art from ARAC that responds to Nostrils. How did they know? Great timing for… 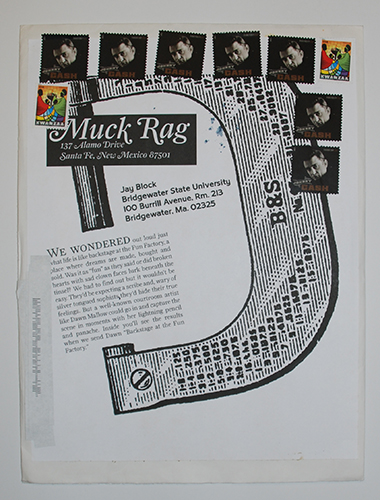 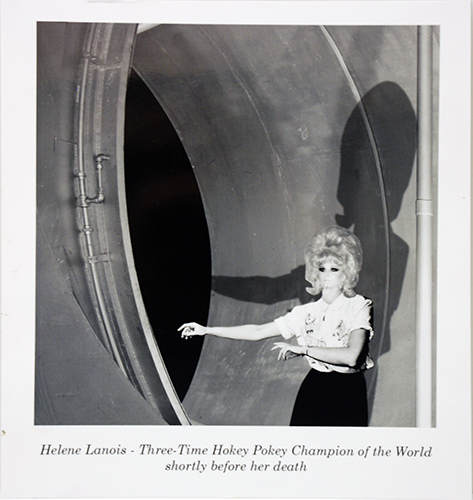 From Carina, Finland - and a gorgeous envelope! 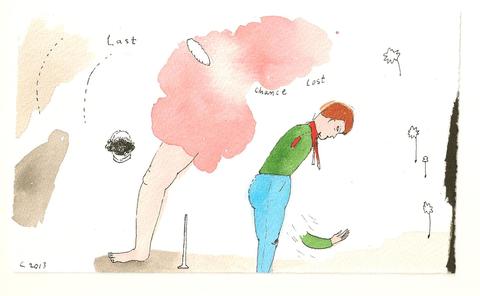 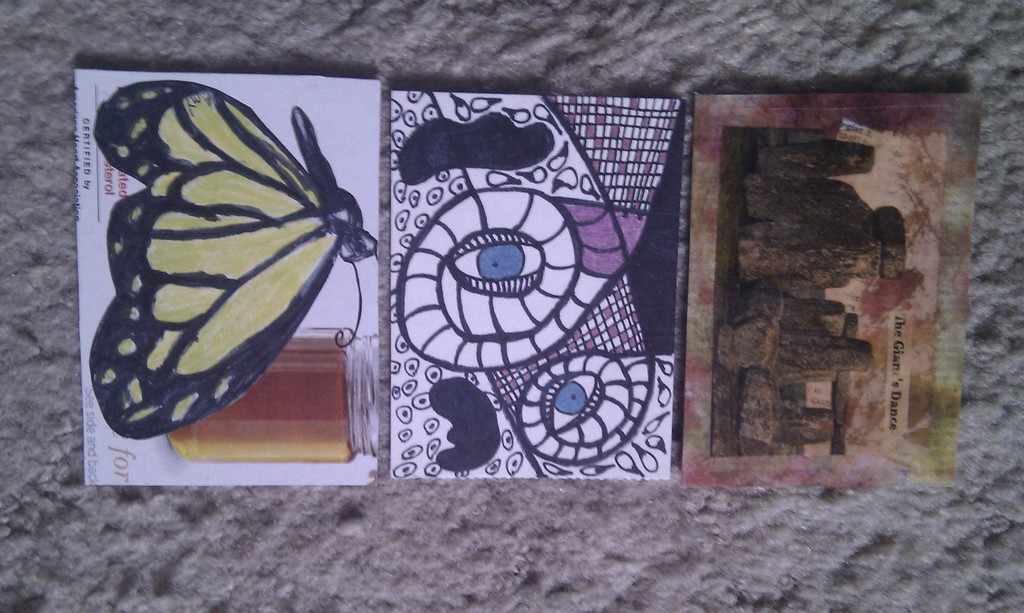 A warning from Erni

Erni strikes againg, I think its a warning but how I do have to take care?

Of Jonathan Meese ? Erni sent me an article of the "Spiegel" about him. Hm, I don´t think I´ll get like him? I don´t think he could do any harm to my art?…

I´m very lazy these days in blogging, but I want to share this beautiful book from Carina … 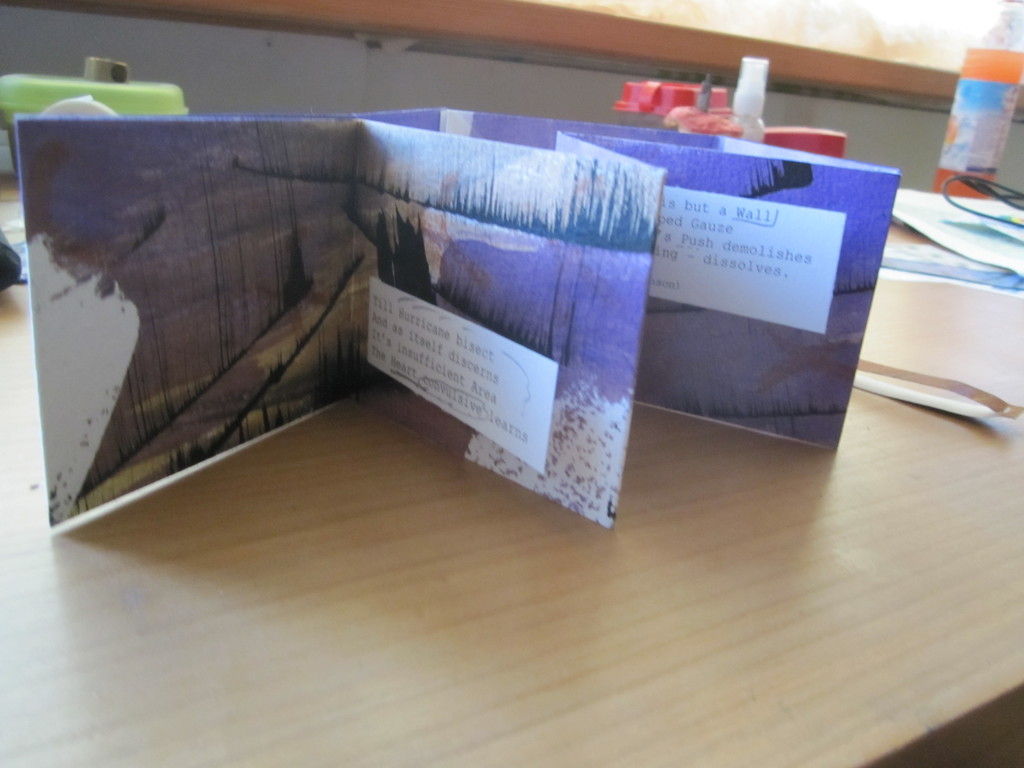 July 30, 2013 - I was pleasantly surprised to receive correspondence from Fluxus artist and prolific mail-artist Bruno Chiarlone in… Dimitra, Rebecca, Carmela and Vizma your posts have landed "NESLONS AND MANDELAS" -- SuusinMokkum and Val Show All in Maastricht, NL

Well, all our recent Neslons & Mandelas, which are being exhibited at the Cafe Jenze in Maastricht until the end of August;

Here are some photos of them.

(Sadly you cannot see the Neslons in the passe partout frames that we ordered for them, because the frames were of the wrong size. So we had to make do, and make what we could of unadorned Neslons. The Mandelas are properly framed, and look goooooooooooooood!)… Free art now! Mo more dictatorships. For the exhibition "No More Dictatorships" marking the 40th aniversary of the 1973 coup.

I got a great piece of mail from Vizma in Australia, with NO return address, and I don't remember your address, Visma, so if anyone has that snail mail address, including Visma, please email it to me!!!! I have not been on IUOMA for a while - time just flies. Just sending a quick hello - I have not fallen off the end of the earth, just been involved in a lot of real world stuff. I have also been doing some artsy things and even started playing with acrylic paint for the first in my life. I made two collaged/ hand stamped books for two different occasions (one for a wedding, the other one for a farewell) for friends, which were much appreciated. This would have not been possible without you…