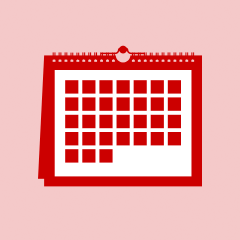 POSSIBLE WORLDS
Who hasn't, at least once in their life, wondered where the first molecule that created our planet came from?
And why was Planet Earth chosen for the development of life? Why did dinosaurs go extinct?
Maybe because Planet Jupiter, the Solar System titan that protects us from asteroids, was not in the same position as it is nowadays?
Human development and the first civilizations, where did they come from? Maybe from a superior mind, enlightened in comparison to the average Earth inhabitants at the time.
The Sumerians, for instance, first urban civilization able to create still uncodified signs and buildings with roofs that resemble landing runways.
Think Leonardo Da Vinci, whose discoveries we still take advantage of: his inventions still amaze us and we can't quite put our finger on how they could come from the mind of a man living in the XV century.
If we go back in time we can't retrace exactly, if not by hypothesis, the origins and the evolution of our planet, of men and animals that populated it before us, and the mystery of their survival.
Sometimes we ask ourselves questions about the universe... And then suddenly we are informed that 7 twin planets exist 40 million light years away from us, and our fantasy takes flight to a parallel world.
Are there inhabitants on these planets similar to ours? Do these entities observe us even if our scientist cannot see them yet?
Let's try to imagine all of this, how THEY live, what THEY do, how THEY eat, sleep, work, love.
Astronomist J. Wright is convinced that the existance of aliens should be the least of our concerns.  Creating an artwork opens the door to a POSSIBLE WORLD that interprets and completes the reality of the artist.

The initiative requires the creation of an artwork - free technique, on paper or cardboard


The works will be preserved as heritage of the city of Sant'Oreste and later exhibited in art galleries, museums or elsewhere will be required to spread this art form and to promote the artists.
The exhibition is curated by Tiziana Todi in collaboration with MailArtMeetingArchives by Anna Boschi di Bologna, boraArte - Bologna, the Town of Sant'Oreste and the Pro Loco tourist office of Sant'Oreste.

The exhibition will open on October 28, 2017 at 10:00 am at the sixteenth century Palazzo Caccia-Canali, attributed to architect Giacomo Barozzi da Vignola and subject of the 2011 FAI campaign for the protection of cultural and natural heritage, up until November 26, 2017.


Thank you to all participants. best  of luck to the new exhibition

i am in love idea of the exhihition

and i will send my art in time i wonder if there is link or asite or email ,i wanted to ask for document say about he protection of cultural and natural heritage in this exhibition ,i wanted the archival list of other artist ,i wanted photos of the gallery  as traveling and attending might be difficult