Season's Greetings to y'all. OK, so now you might be asking why 'Sex Bomb Sabotage'? Well look closely in the top left hand corner and you will find this: The 'Dresscode' is lacey and sexy. Which set bells ringing in my head about the first album of Ian Dury and

the Blockheads New Boots and Panties!! (with two exclamation marks !!), which,inter alia, contains the classic track -- well at least the track with a classic title --'Sex and Drugs and Rock and Roll', about which more later.

So, now we have gotten to Sex and Bombs and Sabotage and Boots and Panties. Your blood pressure is probably rising, so to keep it under control as this amazing narrative unfolds, here are some cats that appear on the Collage: 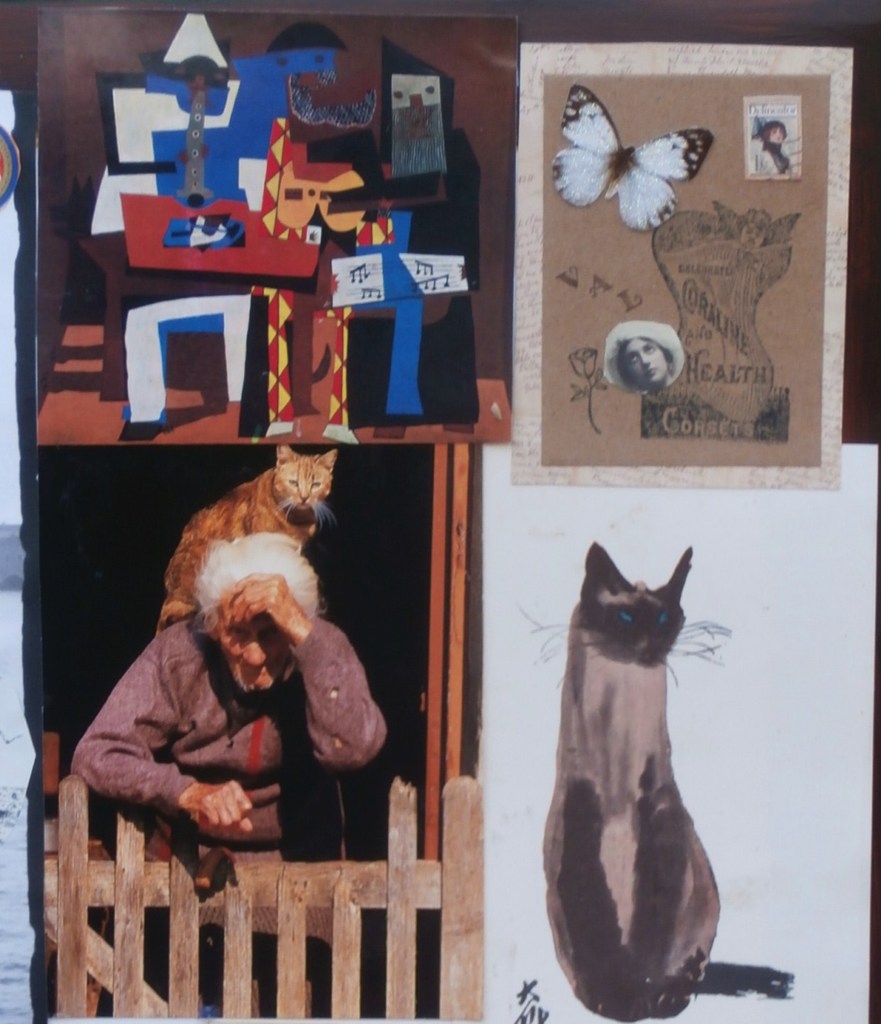 Bottom left is my new girlfriend and her old ginger tom cat who is called Old Ginger Tom Cat. Bottom right is a Siamese cat.

And here is my Siamese kitten who is called Boots and who is considering destroying the whole Great Big Collage: 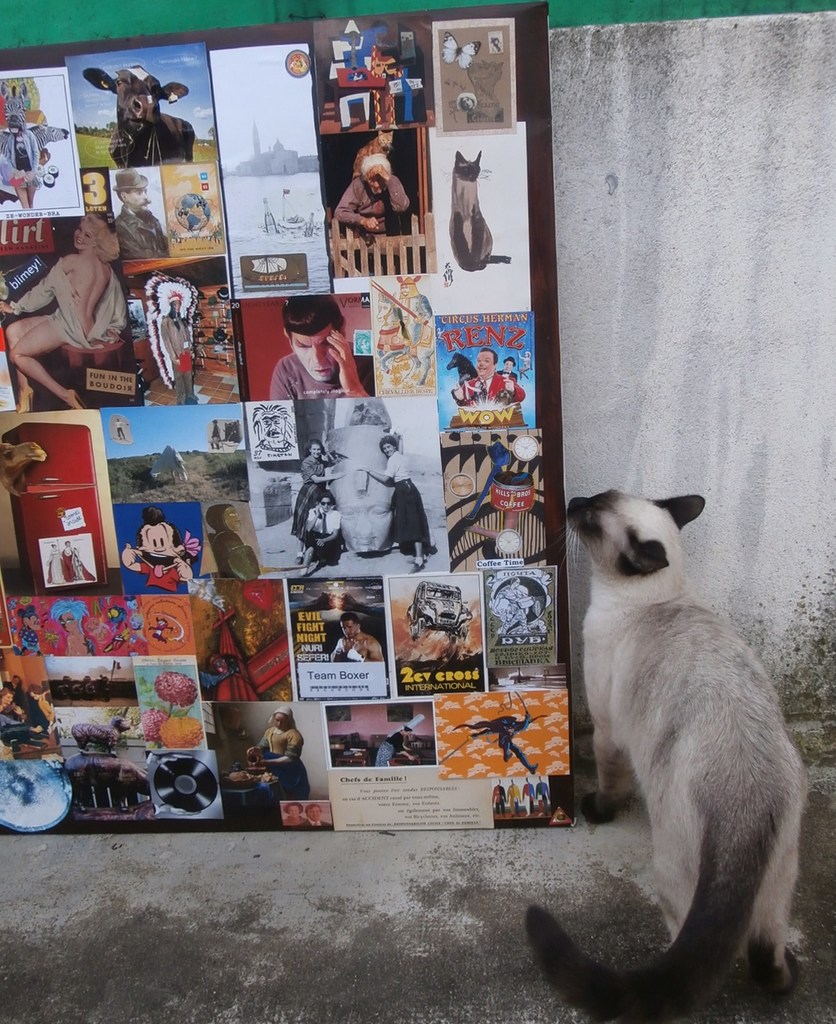 As this is a family friendly site there are no panties in the Great Big Collage, well, none worth discussing.

Well, we Everyday People should probably be guided here by Sly and the Family Stone's "..different strokes for different folks..."

No Katrina, it's Louis van Gaal, who was a very succesful football (soccer) coach until he took over at Manchester United last season, and he has not been doing very well at all. (Billy Tulip probably hung up his football boots circa 1960)

Hippy New Year to you, too, Val!

Is that "Billy Tulip" with the Gnome and soccer ball?