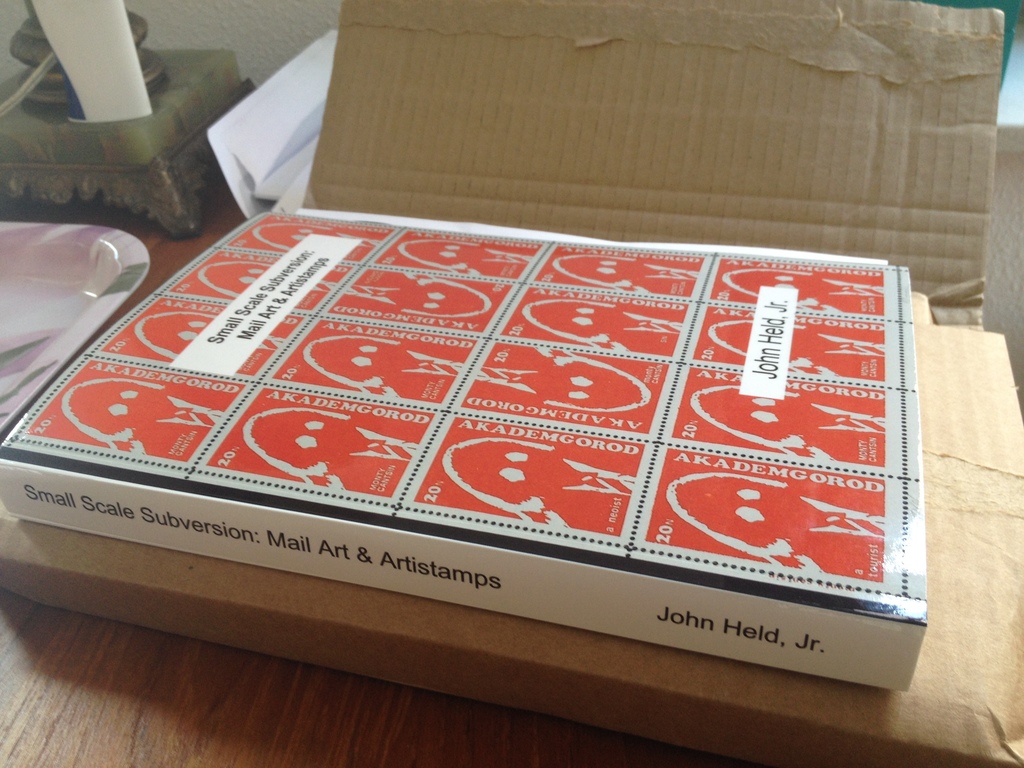 about 18 euros, and then add shipping.  Can only be ordered online (folow the link) 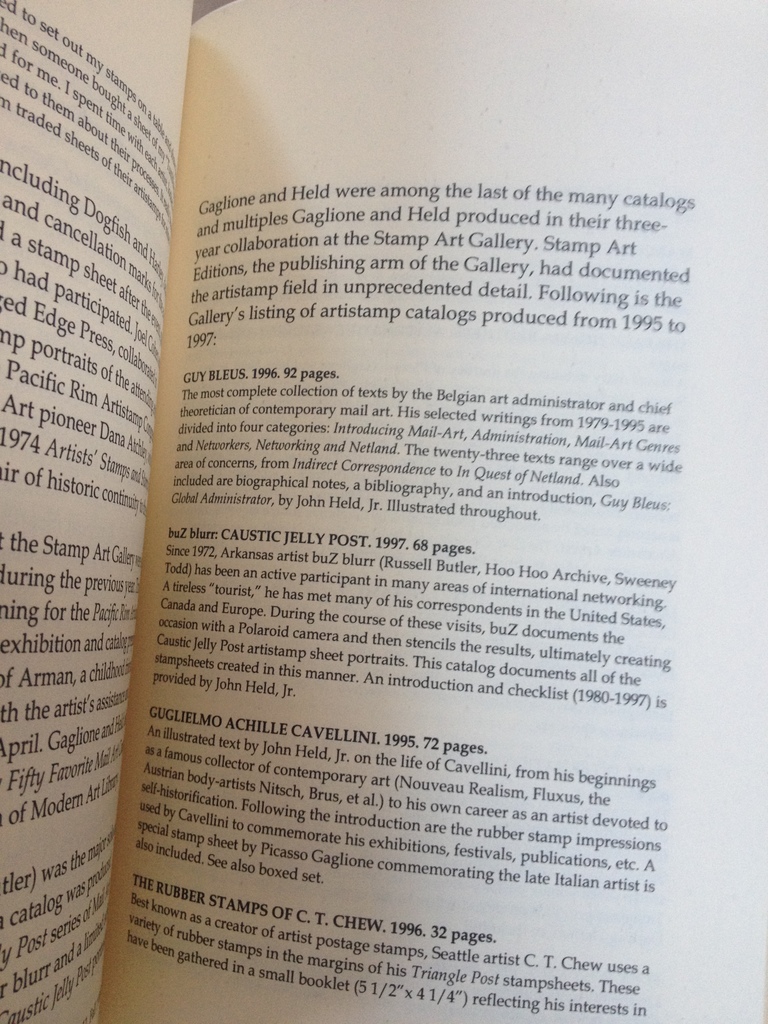 1. Question Every Structure and Create Your Own

“These tiny worlds contain information for the initiated; insight into an Eternal Network of international cultural networkers, inspired by the 20th-century avant-garde.” Introducing the subject and the intent of the book.

2. From Artists’ Stamps to Artistamps

Name changes reflect the maturation of the emerging field.

Attempts at defining the artistamp field.

5. After the Long Isolation of Artists

6. A Painter Writing a Letter

The postal art activities of the Fluxus group, with special attention to their use of postage stamps, rubber stamps and postcards.

8. Sub-cultures and Their Specific Means of Diffusion

Tracking the growth of Mail Art: From Ray Johnson and Fluxus to an international artistic network foreshadowing the Internet in establishing an open, geographically dispersed community.

An examination of events leading toward the French artist’s use of his signature International Klein Blue pigment on a postage stamp encapsulating “the void.”

How an artist fusing Pop and Fluxus produced the first artistamp sheet and subsequent works inspiring the emergence of a new artistic medium.

The history of the first artistamp exhibition in 1974.

The first decade of Mail Art artistamp production and exhibition.

13. A Comprehensive Catalogue of Artistamps

14. The Bible of Artists’ Postage Stamps (Part One)

Artistamps in Europe and North America during the mid-1980s.

The continuing growth of artistamp exhibitions in Europe and North America, with particular attention to the Pacific Northwest as a nexus of artistamp activity.

16. I am an Artistamp Artist (Sometimes)

European activity in the 1990s.

17. A Secretary of the Absurd

Artistamp production and exhibition in California, the Stamp Art Gallery, and the hosting of the Pacific Rim Artistamp Congress.

The spread of Mail Art in the ex-Soviet Union and the rise of
Russian artistamp production.

21. A Revolt of Do-It-Yourself Postage Stamps

22. The Network Has Made Me an Artistamp Producer

Artistamps exit the galleries and enter the world.

25. How to Fight the Madness of Bureaucracy at the End of the Twentieth Century

“The artistamp remains the perfect symbol to confront the authority and bureaucracy of communication.” An authorized Mail Art postage stamp in Belgium.