A very cool intro to the work of Frank B. Jones. Reminiscent of the early work of Larry Poons, this kinetic swarm of dancing colors looks as though it was handpainted by Mr. Jones. Quite a feat. Really amazing, Frank. Thank you. Jon sent me this lively slice o' Winston Salem. This piece, "WalMart, 3 am" just packs as much sheer pop culture energy as the Postal Service will allow. Puts me in mind of this. Thank you, Jon. xx jones returned to my mail box after a brief hiatus with this spring pastel...alas, a lot of the subtle texturizing goes missing when it's scanned. I'm calling this "Explosion in the Cheap Seats." Thank you, xx and welcome back. RcBz, the guy from St. Clown sent me this photo collage. The text at the bottom reads: "Stout Cortez, silent on a peak in Darien, stared eagle eyed at the Pacific." Which appears to be a paraphrase of a poem by John Keats called "On First Looking into Chapman's Homer"

Much have I travell'd in the realms of gold,
And many goodly states and kingdoms seen;
Round many western islands have I been
Which bards in fealty to Apollo hold.
Oft of one wide expanse had I been told
That deep-browed Homer ruled as his demesne;
Yet did I never breathe its pure serene
Till I heard Chapman speak out loud and bold:
Then felt I like some watcher of the skies
When a new planet swims into his ken;
Or like stout Cortez when with eagle eyes
He star'd at the Pacific — and all his men
Look'd at each other with a wild surmise —
Silent, upon a peak in Darien.

The backstory here is Keats stayed up all night reading a new, more earthy translation of Homer which apparently set his mind aflame with images, hence the poem. (All this is taken from Wikipedia, not my vast storehouse of knowledge.) The collage itself provides an echo of the text with Hawaii beckoning stout Cortez with a hula. I see it as the first of the illustrations in RcBz's Atlas of Impossible Geographies, Random House, 2017. Thank you, RcBz. 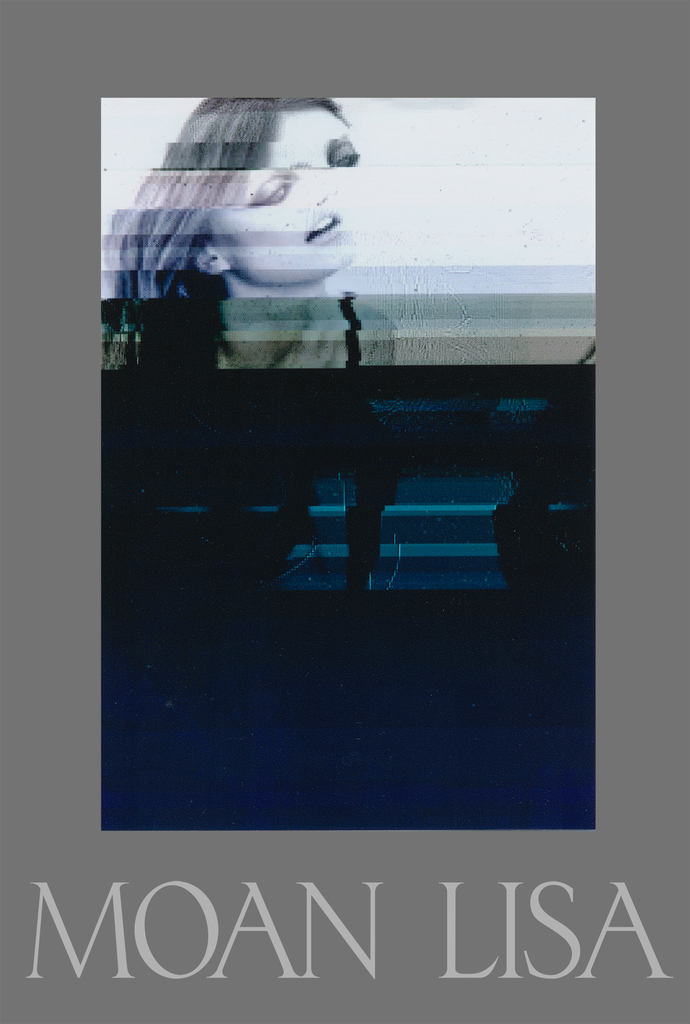 Moan Lisa sent me …well, many, many things but this is the creme of the latest crop. (I believe its from his FeMail Art Call or it could be the Madonna.) I'm calling it "Ghost in the Machine." The gears meshing below and the image emerging, spindled and mutilated as we used to say back when it was still within our power to spindle and mutilate punch cards....(what does spindle mean in this context anyway?) I highly recommend Moan's facebook page if you want to see his work in context. It's quite a portfolio. Thank you Moan. And bringing up the rear would be Miguel Jimenez who sent me this provocative pair who are not (I think) meant to be viewed as a thematically linked set yet they seem so to me in my drug addled state (Romilar, nothing serious). I see the woman on the left as a picador and the unfortunate recipient of her pics (?) would be on the right. They are wounds of love I hasten to add. No blood was shed in the making of this blog. Only broken hearts. I would be remiss in not pointing out my admiration for the picador's purse. She's bringing style back into the arena. Thank you, Miguel.

And thank you all and good night.

True Morphine Stories....I really love that tune Super Sex....also "You're An Artist, You Don't Need This Shit..." Sandman was a genius...

On my 21st birthday two of my friends fought to play a CD so hard that they broke one of my CD's. That CD was a Morphine one.

The blogs by David ...just me guile so much! (or beguile?)

Great stuff here.  Frankly this is some of the best mail art I have seen you blog.  I would Foster it dearly, and don't let any X's come between you.  How do I get Miguel in a sentence?

Thanks for sharing these with us.