An envelope stuffed with goodies from Alicia Starr Ryan. The Widow Jane. (Not getting the reference but it doesn't matter. The picture is conjure-worthy). Love that sneer. The gun is fake as is the anger but I wouldn't mess with her either way. (Don't you love the way women in movies are never far from their lipstick, even while sleeping or tubbing.) Also a boekie made up of cuts up from an old ad. The cartoonist, Helen Hokinson, manages to bring a sly sophistication to a soap ad. Is this a good place to acquaint people with my flickr page which features lots of wonderful, sinister, shocking, sex-filled and charming ads like this one? No? Okay. Then thank you, Alicia. 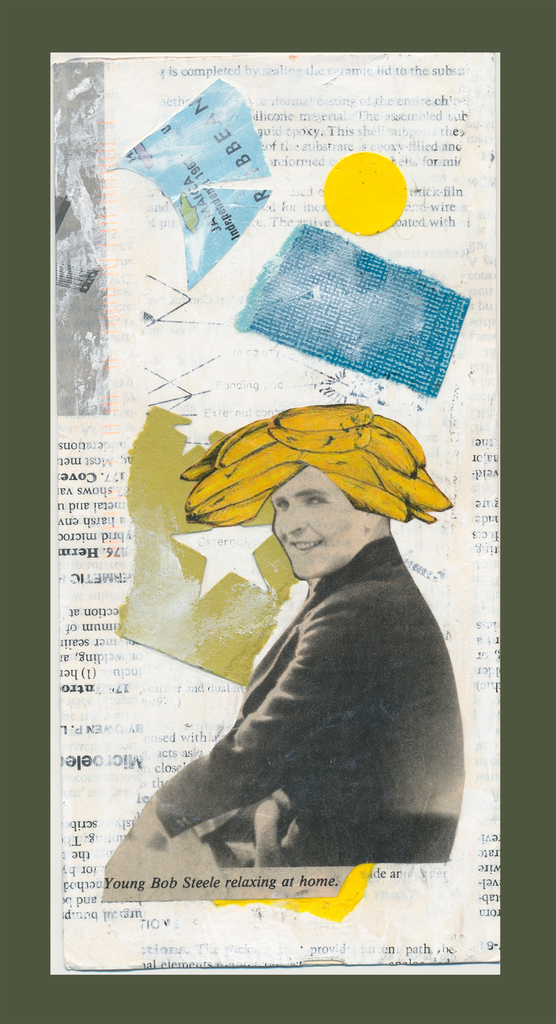 A cool banana collage from Angie Cope. I've gotten a few banana things which is great considering I didn't join the mail art call this year. (I ran out of things to say about them. Maybe next year). But this is especially endearing because I remember old Bob Steele. You probably do too if you're of a certain age and logged a few million hours in front of the television. Bob, in the incarnation that I knew him, was always a heavy, usually facing off with Roy Rogers or Hopalong Cassidy. But in his youth he was the matinee idol. Such is the trajectory of old age. You start off all dewy eyed with a banana hat-full of possibilities and you wind up getting shot over and over by Roy Rogers. Thank you, Angie. 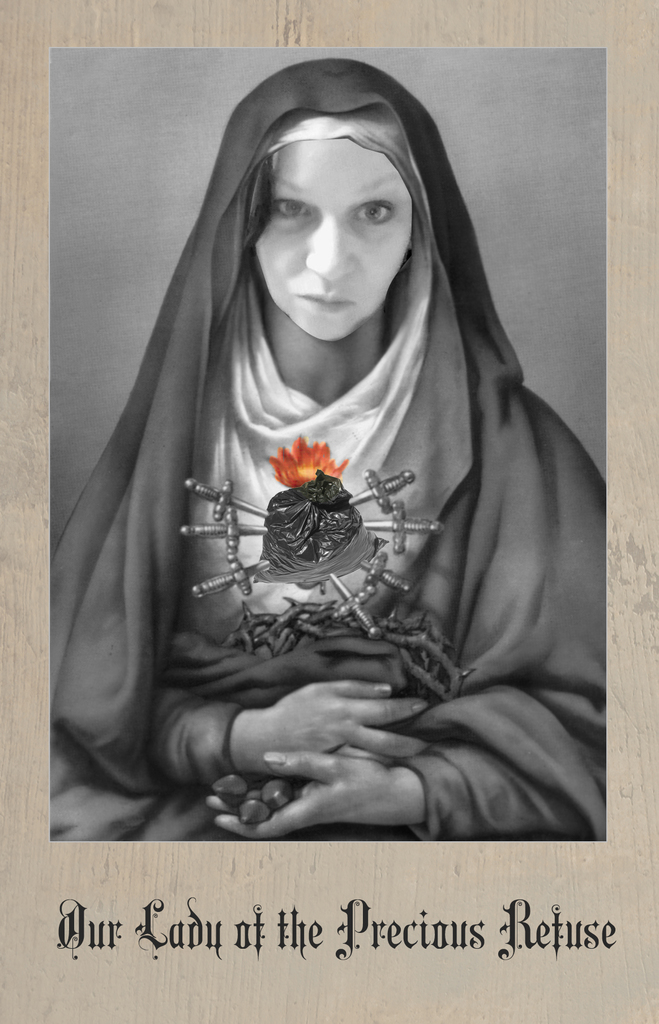 Could we have a moment of silence for Our Lady of the Precious Refuse. Okay, that's enough.  Here, not in its, entirety is a boekie Diane made from her forays into the nitty gritty off Elgin Ephemera. She walks the mean streets so that we may better understand the times we live in. Also she is a paid employee of Elgin Parks and Recreation. 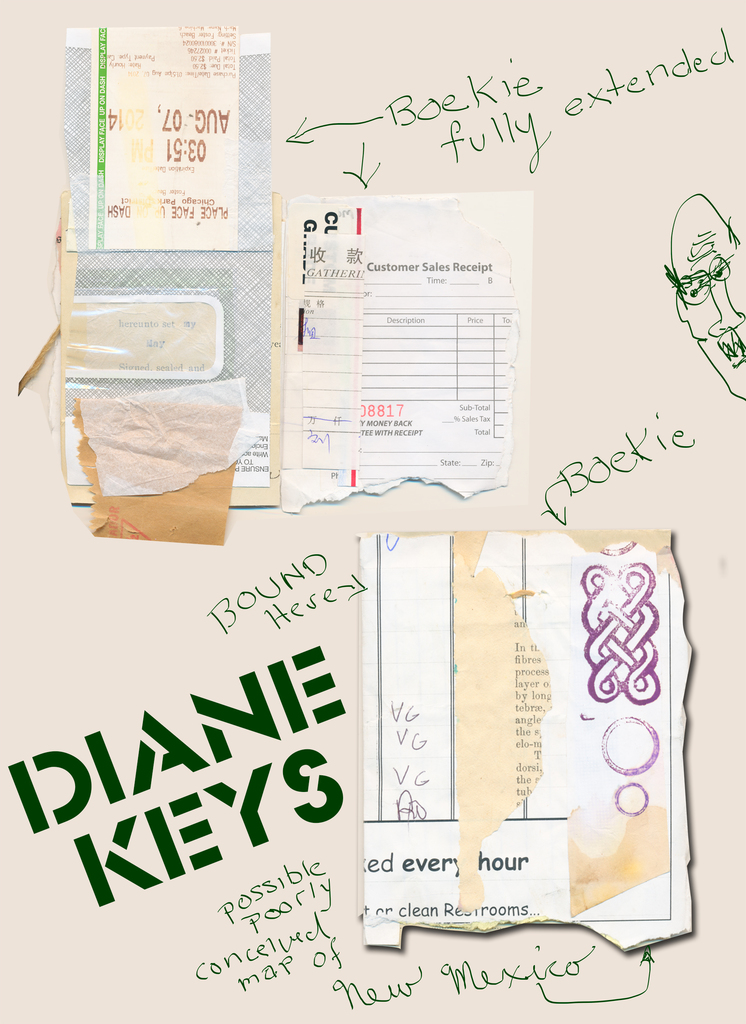 But wait...since I began this blog several weeks ago I've received this. She's an artist. She's an anthropologist. Stop! You're both right. Finally, on the back of a financial statement for the Sharon Schools...this: 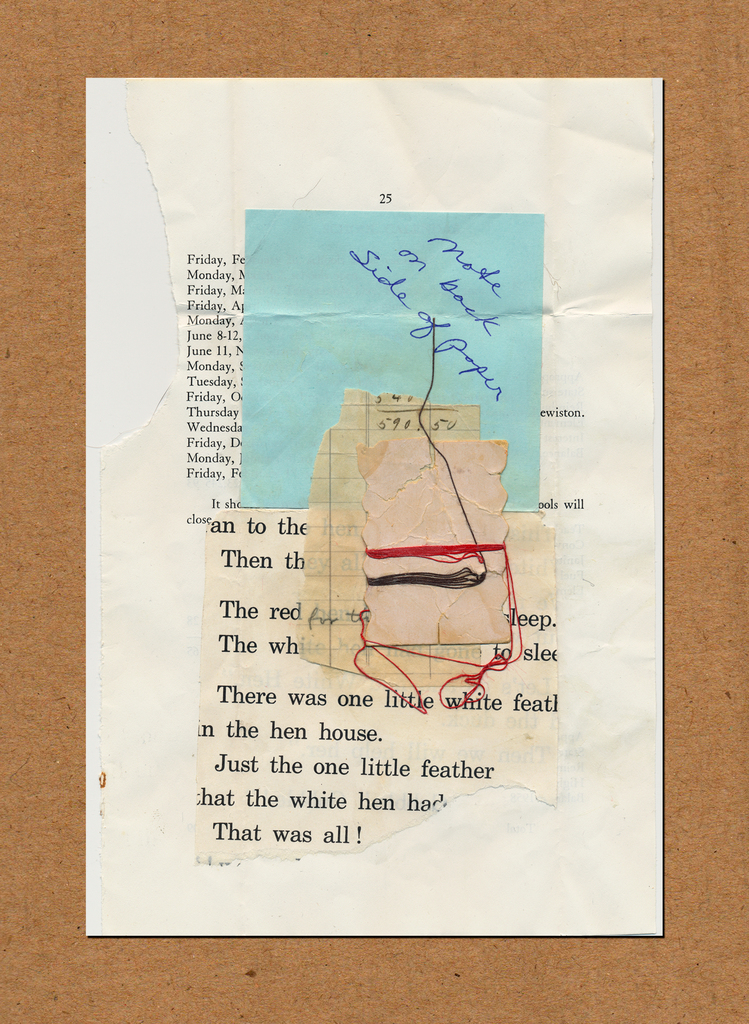 Just the one little feather. That was all! Thank you, Diane. It's lovely. 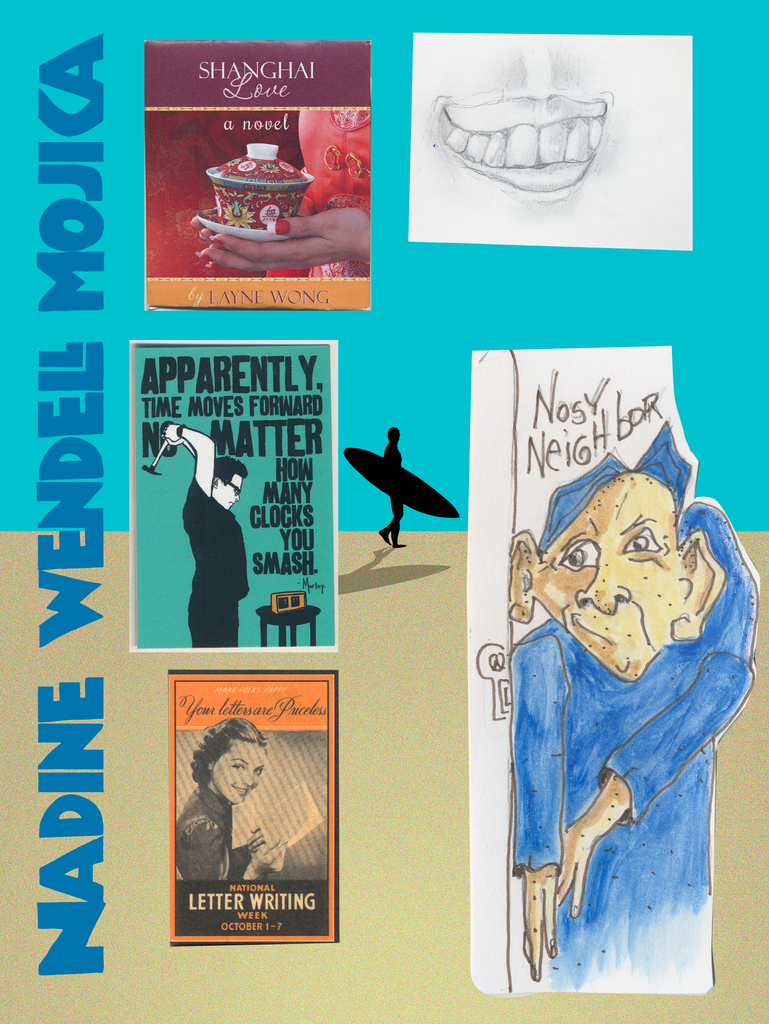 In a similar vein, Nadine Wendell-Mojica sent me a packet of stuff straight outta Burbank including her own drawings which tend to be character types like this little woman. Somewhat sad, somewhat repulsive as well as totally human and funny in a way that makes you hesitate to laugh. Thank you Nadine.

And out of the beautiful blue comes a suite of prints from PetroPetal in South Africa. Gold on black, they fit together beautifully both stylistically and thematically. Truly a musical suite. I think I hear a flute and possibly an oboe. Thank you everyone. Over and out. Wait. Wait...would this be a good time to talk about my flickr site? No? Okay. Great. Fine...

Looks like I misspelled Petrolpetal's name....arrgh....bad dave...Maybe I'll blame DS II for that in my memoir. That tax exempt status for Dkult could be a major tipping point for corporate donations. Glad to have been helpful in this regard.  Finally, to all those who have sent me stuff that I have not blogged....there is yet still time though Christmas has thrown a major monkey wrench into my mail art life so look for those sometime after the holidays (2017).

and of course Petrol (an actual attorney) would be prosecuting left and right in the most epic dramatic courtroom scenes, mugging for the camera, until she realizes she is in traffic court

Fantastically entertaining blog as always DS Classic. I need to take this moment to apologize for wrongly thinking YOU  were the author of The Thong Tree (sales are climbing sine its' release). I had no idea it was actually written by DSUK. Thanks for Sainting me!!  Am I now officially a charitable organization? This is yet another monumental step towards the realization of DKult as a legitimate religion.  I am also thrilled to be linked with such amazing female artists and if we were a law firm, We would kick some major arse, fight for all the underdogs of the world, let people pay us 'whatever they feel it was worth', and Nadine would be the courtroom illustrator making the legal system hilarious!!  even when it isn't.  Thanks for this fantasy DS--glad they brought you back DS II was not good!