Many silvered and blackened orbits, against a cosmic green and mauve firmament. With suns, planets, moons tightly held down with orange string - lightly singed propellers spinning in the void.

And on the edges, mysterious, empty half-circles. Escaped buttons, spun out of range, journeying through the expanse; emptiness left behind.

Linda, thank you for this cosmic beauty.

Thanks for all the comments on this post - thanks for sending me to the internet for a while to find all the Stones references.

Additionally, Linda's Universe of Buttons is not one-sided or flat, the reverse is just as lovely, the buttons are just smaller, more compact. Budding stars? Waiting to earn their propellers?

I am not very good at making the reverse side of my own mail art good, so extra thanks to you, Linda, for going the extra parsec. 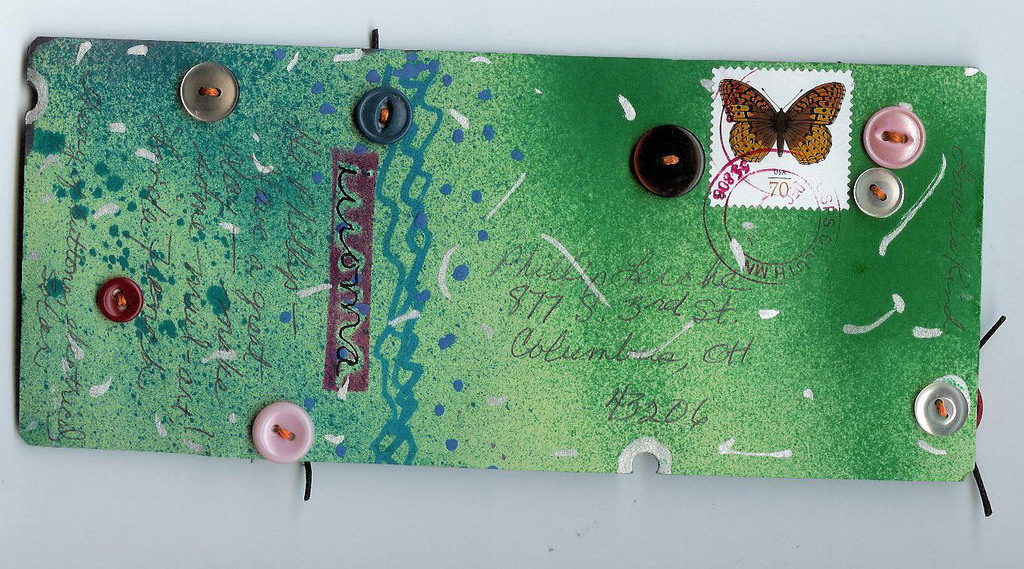 Thank you for the comments. Goofy ones too, lol!  --Linda

That comment aside, in my opinion Yayas is the Best Ever Live Stones Album.

Even better than Stones "Between the Buttons" album...which gets me back to what this is supposed to  be about -- nice art, nice theory.