The UK has now left the EU - just a bit of negotiating left to do over the next several months or so.

Last year, when Brexit was supposed to happen, I made some mail art packages that I sent out. Included were instructions so that the recipient could have their own Brexit or Regrexit, or even a third option.…

Waiter, there's a fly in my mail art

In (some time ago) from Amalgamated Confusion aka Keith C 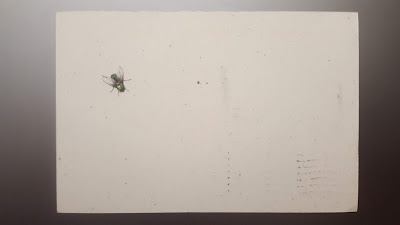 Today's the day (maybe) when the UK leaves was supposed to leave the EU.

A dragon from Eva

Eva sent me this awesome dragon mail last year. I love the way she extended his tongue (or is it a flame?) onto the stamp.… 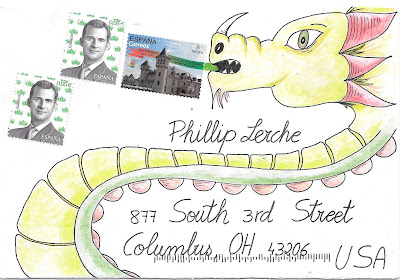 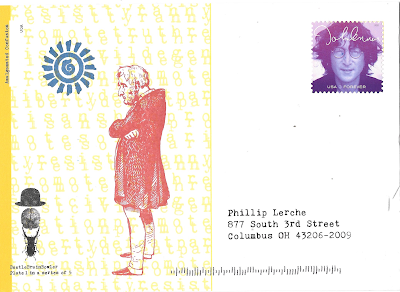 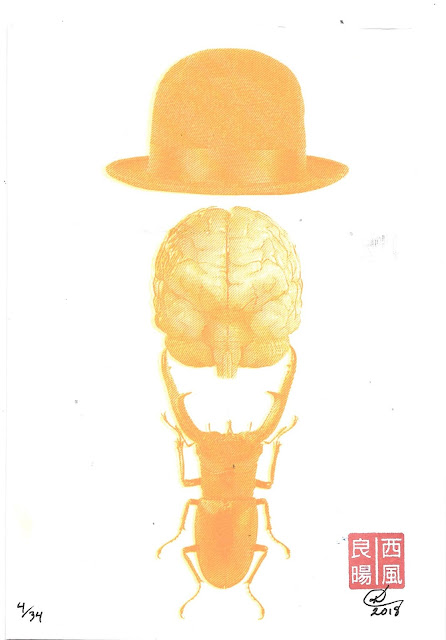 Heleen, on a short trip to Belgium from her native Netherlands, surprised me with this one. It might be my first Belgian stamp ever. It shows a Red Admiral butterfly. 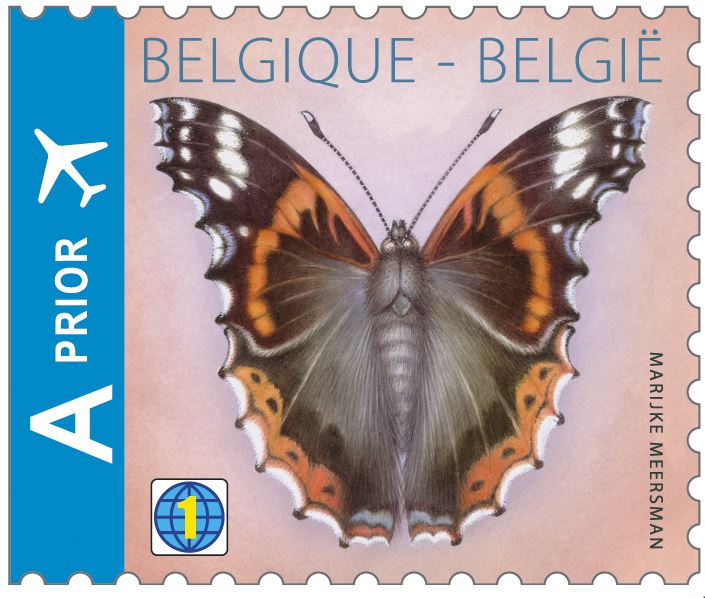 I love the little caterpillar she added to the envelope at a very early hour in the morning :)…

IN 2018 I received an envelope mailed with a stamp where Heleen has used her own design. It seems like more and more post offices allow you to customize your own design. Here in the US this is licensed to a couple of companies (and you are charged extra for it).… 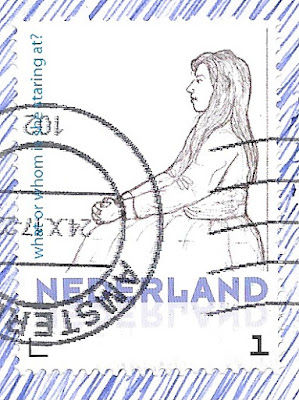 Faster than a speeding bullet!

This great superhero envelope did travel quite fast from France, taking only 5 days back in 2018. 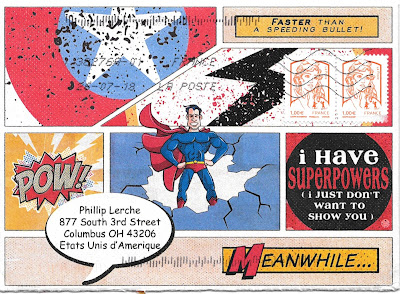 I love the idea of a shy superhero...

I also liked how Eric used two reddish Marianne's to…

Hands in the mail

Eva sent this great 'postcard' she received at a play, Los Mendigos (The Beggars). It is an interesting piece, the size is similar to a large bookmark.

These amazing stamps were issued in 2017 to celebrate the 30th anniversary of the Spanish video game La Abadía del Crimen (The Abbey of Crime), itself based on Umberto Eco's book The Name of the Rose, which was also made into one of my favorite films starring Sean Connery.…

The art of writing

I have had this envelope from Eric for quite some time. It is the perfect combination, as the beautiful stamps show the evolution of writing implements, and after all, stamps were created for sending letters. These two show a fountain pen and a reed, used as an ancient writing tool. Love the colors of this envelope from Eric, and the splashes of blue on the stamps. The blue cat watching the writer in the top stamp is fantastic.…

Keith sent me this stunning print in time for Halloween 2017. 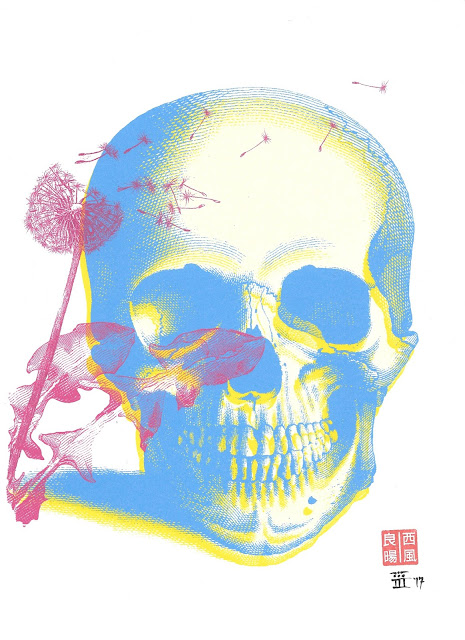 And in the same mailing were these incredible artistamps. …
Continue

M is for Mammoth

This fantastic envelope is made from a paper bag, sent in 2017) from the now defunct French grocery chain, Mammouth. Eric says the bags are somewhat of a collectors item now.

And he matched the stamps perfectly. They come from a 2008 set of Prehistoric Mammals.… 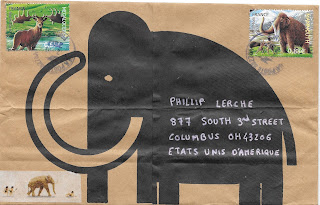 This excellent documentation of the Cascadia Clown Parade arrived in time for Halloween in this envelope - I love the artistamps. 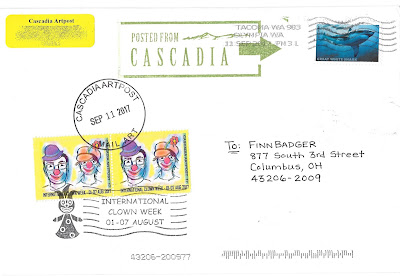 And some selected pages…

I love this stylized collage from Katerina that she sent in 2017.… 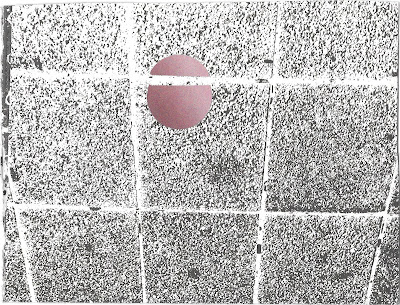 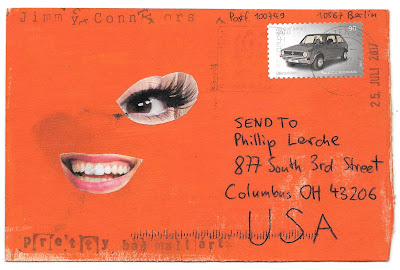 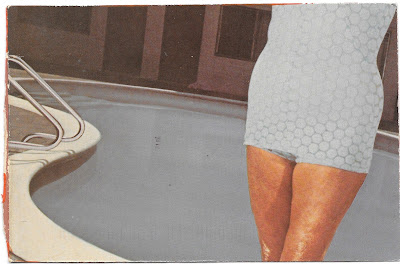 Number 1 in the Sofa Series

Back in 2017 I received a humorous card from Stripygoose, labeled as number one of her Sofa Series. 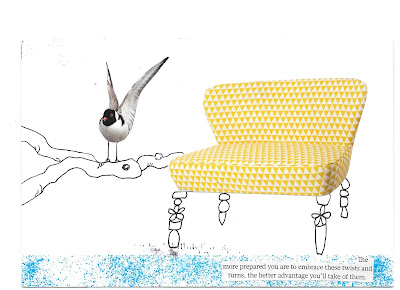 Great to get this from Eric back in 2017 - the Tate Modern is one of my favorite museums, although it is quite some time since I was able to visit.… 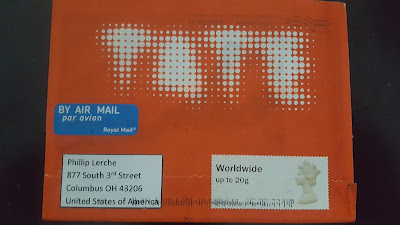 A wonderful piece of tactile mail art from Katerina showed up in my mail back in 2017. 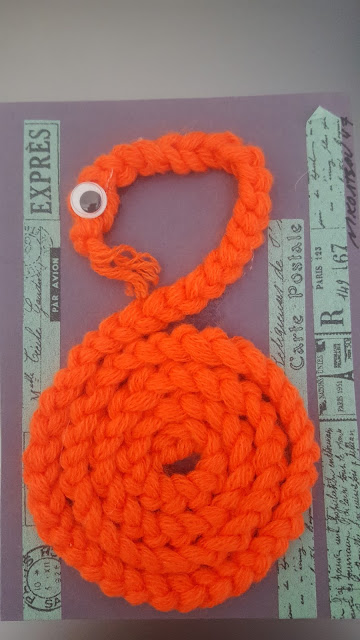 Thanks again for this fab…
Continue

Back in 2017 BonnieDiva sent me this fun homemade envelope containing an entertaining collage.… 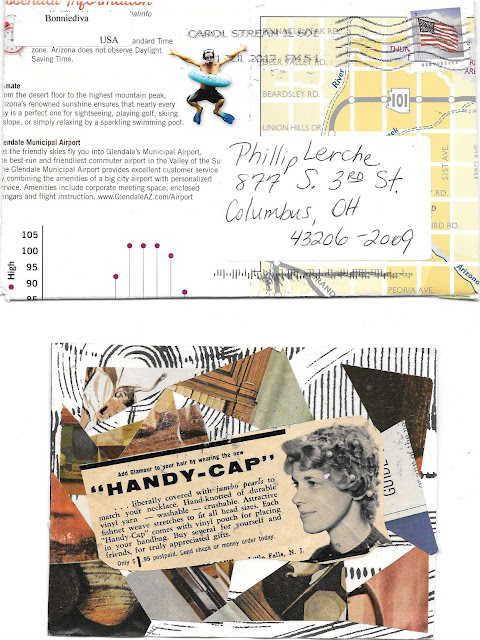