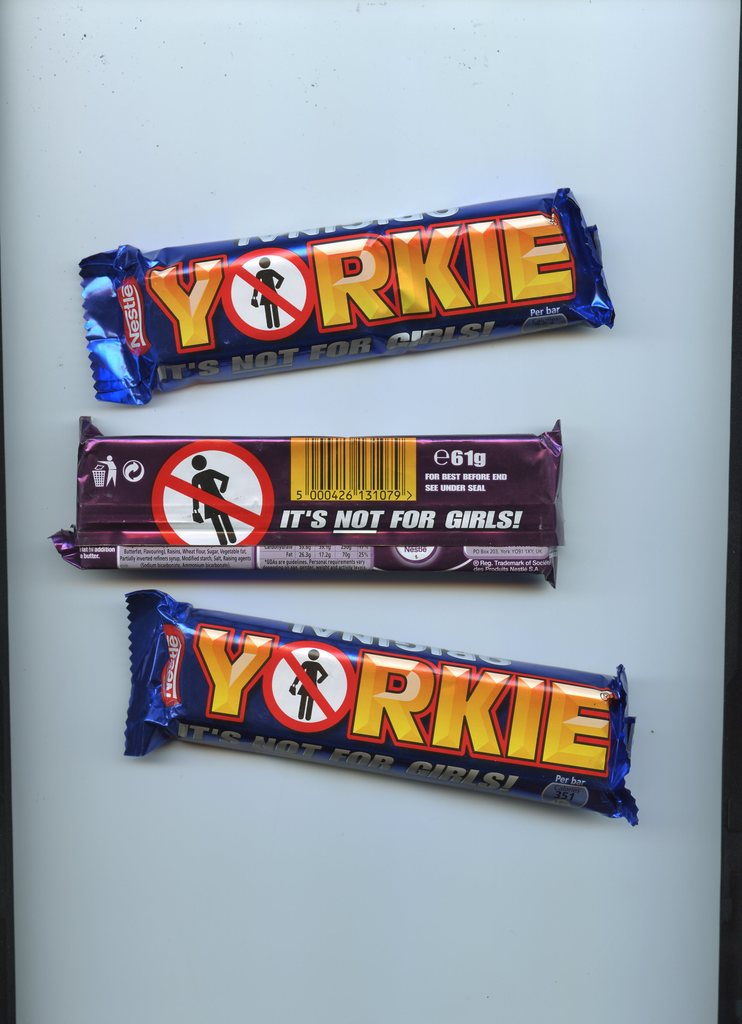 Instead of going to church today I'm gonna stay home and eat these. The last time I ate a Yorkie was in 2006 so of course I was ecstatic to receive this special MALE ART from Val. Here's what he retrieved from Wikipedia:

"The Yorkie bar, a chunkier alternative to Cadbury's Dairy Milk, was aimed at men. In the 1980s for example, toy lorries (toy trucks) with the Yorkie bar logo were manufactured by Corgi, and television ads for the Yorkie bar featured truck drivers. In 2001, the ad campaign made this more explicit with the slogan and wrapper tagline It's not for girls, which caused controversy. Nestlé also received complaints about this campaign from Norwegian and UK customers, who found it sexist and distasteful. Special versions for use in Ministry of Defense ration packs read It's not for civvies.[1] In 2006 a special edition that was for girls was sold, wrapped in pink. Aside from the original milk chocolate bar, several variants are available, such as "raisin and biscuit" flavour, "honeycomb" flavour, and Yorkie Ice Cream.

For a time, trains arriving at York railway station would pass a billboard which read "Welcome to" and then a picture of a Yorkie bar, with the end bitten off, so it read "Welcome to York" (and beneath it, the slogan "Where the men are hunky and the chocolate's chunky")." 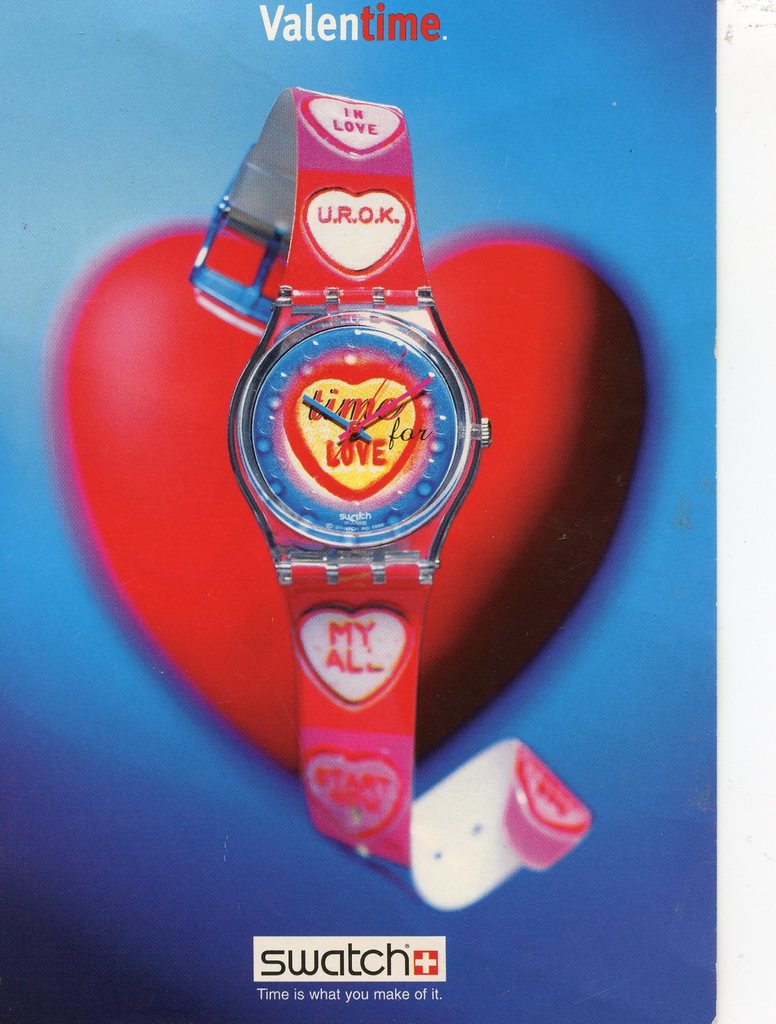 I will definitely enjoy them. Merci beaucoup, Valentine!!

On reflection, the Valentine Scissor Practice might take place in Italy on 14 February, not Spain. And certainly not on Bunga-Bunga days -- ie the other 364 days of the year.

Comment by andytgeezer on February 28, 2011 at 11:56am
Luckily I've never experienced this kind of "affection" despite living in Spain for a year. I'm pretty pleased about that, as I'm terrified of scissors

In Spain, girls cut the end off guys' ties on Valentine's Day as a sign of affection.*

(*Our In House Psychiatric Department advises that this might be more akin to castration than affection. Chocolate seems a lot safer!)

Comment by Marie Wintzer on February 27, 2011 at 11:43pm
As you know here in JP only girls give chocolates to the boys on Valentine's day. Quite sexist too!

Bifidus: was it about LBJ that someone once said 'He can't walk in a straight line and chew gum at the same time"?

I'd have thought that a man of your considerable talents would have been able to go to church and devour 3 Yorkie bars (though not necesarily in church) on the same day.

Erni: I'll have to do some digging into this Johannes Baader bloke. Incidentally, I left the 3rd dimension 47 million light years ago and am now deconstructing the 5th dimesional reality in which I exist.

Regards to you both, and to Jen too. Hunky (in the 5th dimension) Val

Comment by Jen Staggs on February 27, 2011 at 8:15pm
Yorkie!  Such a clever marketing idea- any time I see one at the local import shop, I have to buy one in spite of the tagline.  Very impressive history too.