Got a little behind at blogging-

Angie and Snooky sent a Snooky lino/collage. I love all things lino, relief cut! Thank you! And from Jon Foster- a tape transfer confection. So fine, Jon-thank you! 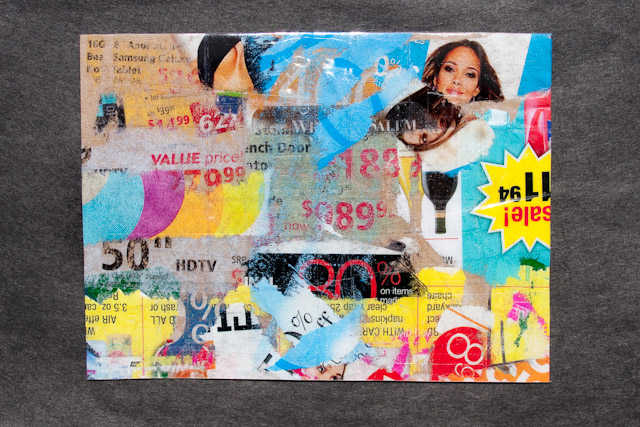 From Indigo to Rider!

Rider got this delightful drawing this week from Mail Art Martha's little friend, Indigo, who is 6. He was very excited about it and built a little home for his new friend. . . It is hard to tell in the picture, but this is the front of a…

Most intreguing! If you got one and didn't open it. . . Spoiler Alert! 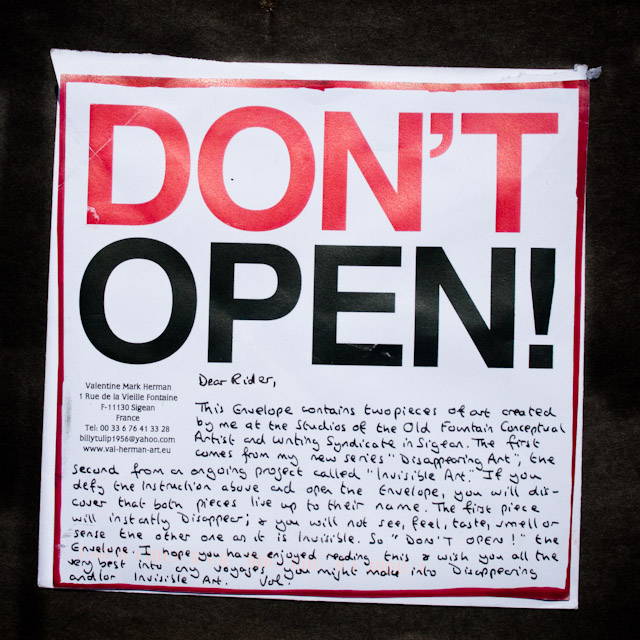 OK-he came home from school with his face this dirty-this is the usual state of affairs, and I didn't have the heart to spoil the fun by subjecting him to the washcloth or even…

So..... This week Ryosuke Cohen sent this Rubber stamp sheet that just curls my toes! I want to frame it-because I am a rubber stamp freak from waaaay bac,.. . and also I have a horror vaccui, so this does me goooood-Thank you, Ryosuke!!!! … 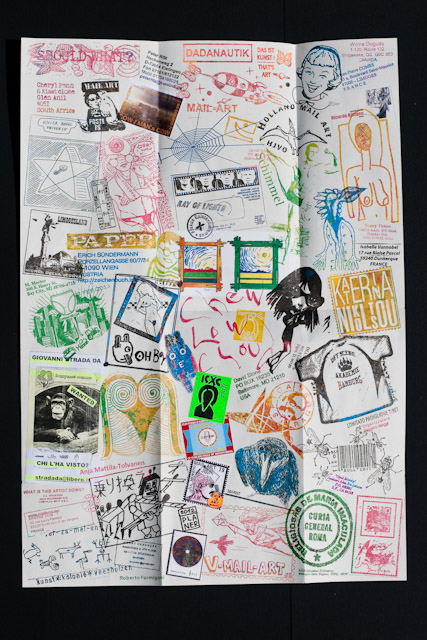 Valentine sends an Ali Baba's trove of wonders to a young mail artist. . .

Valentine told me a while ago he had sent a package, a mail art starter kit, to Rider, my seven year old and I have been biting my tongue trying to keep it secret! Well, it arrived on a beautiful day yesterday when we were all out working in the garden and the secret spilled out, wonder after wonders! … 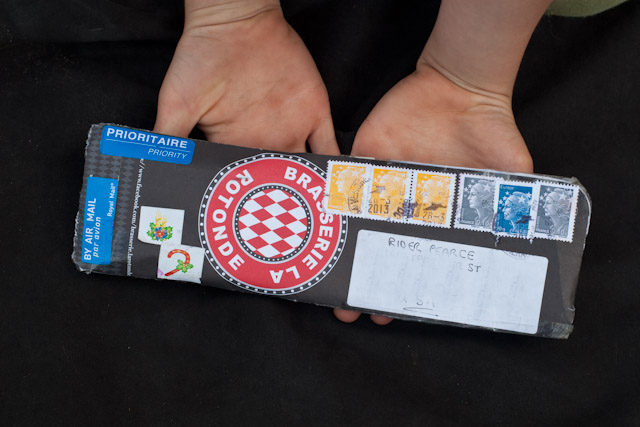 Some amazing stuff arrived this week, but I haven't been able to document it until today-

Just in time for the last class, (and library exhibit, we think) ,Taidgh's brilliant envelope arrived with a booklet letter on mail art-we've been given the go ahead to quote him in the exhibition catalogue, whatever form that might take! So-behold!… 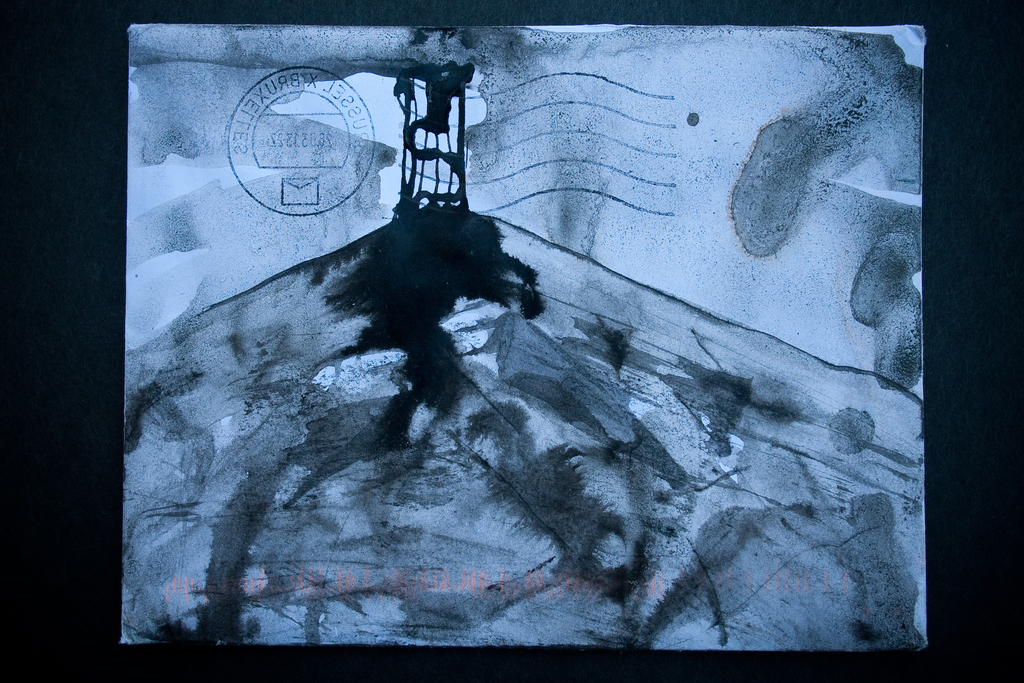 Inside a collage postcard called "Le Miroir" #85/100, signed by Guido and a call for art called "Birthday Mania" Thank you, so much Guido! Some kids… 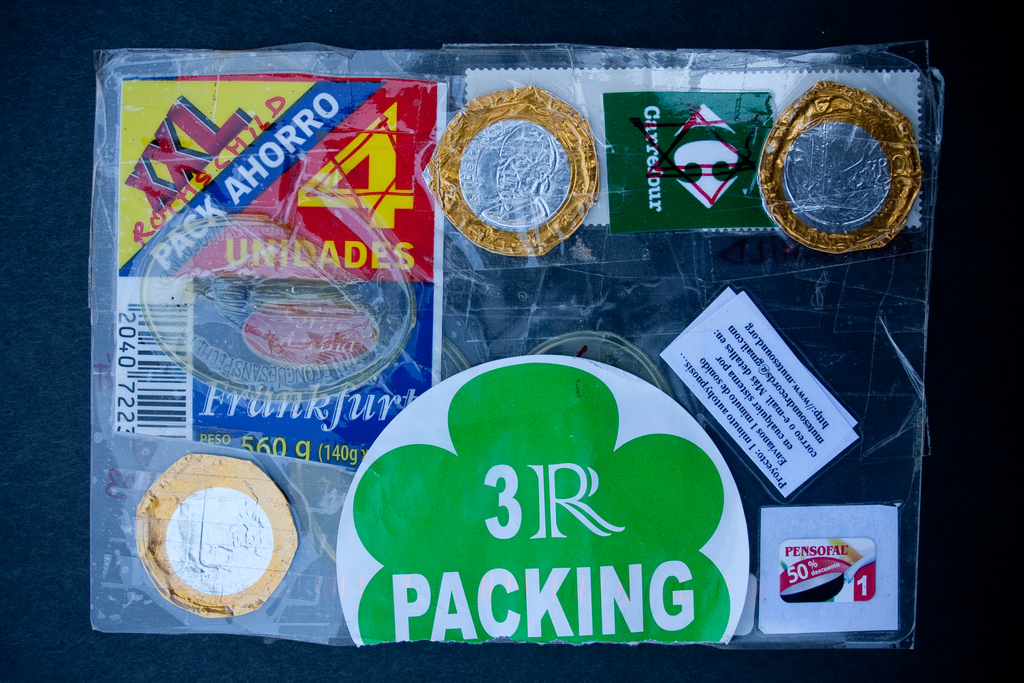 This delicious piece arrived from Pedro Bericat a couple days ago-it feels so great-a fetishy treat. It says "Mute Sound" on it, and includes a call for sound clips-I think I have something to send you, Pedro!

Thank you, Pedro! I'll get some sound off to you…

Hey! A very nearby mail art connection I did not know about-from blocks away! Hi, Susan! What is the secret language this lady absorbs and utters. . . should I recognise them as keys? Thank you, Susan! I'll be seeing you around-wanna come to the exhibit at… 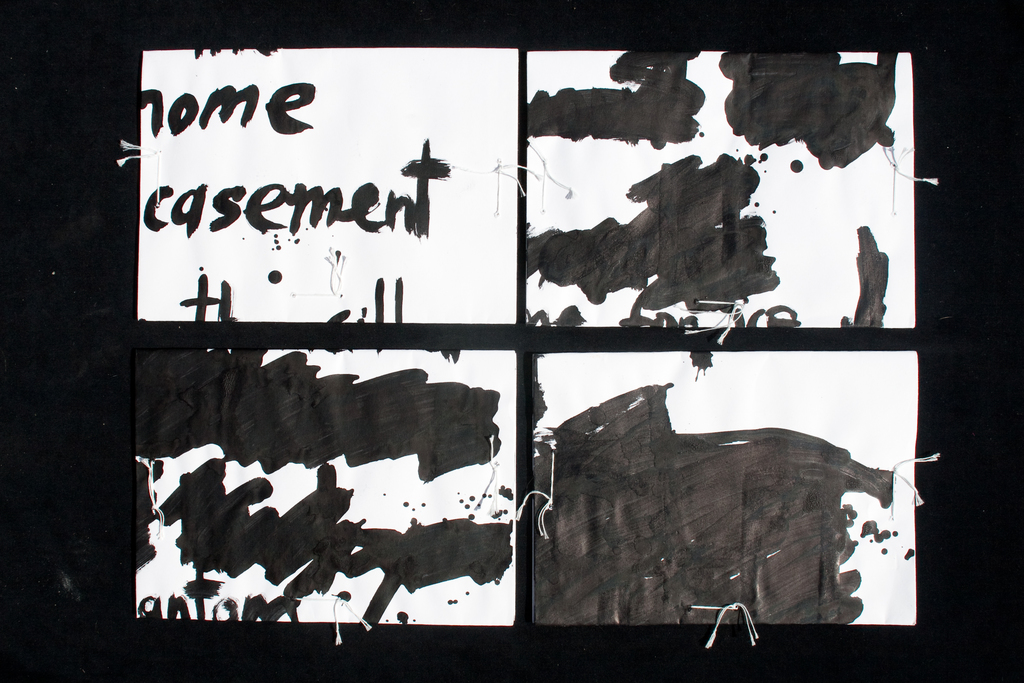 There were the first four-the #2 in the…

Just unbelieveable what a glorious package we got from Bill at Olathe Poste! We are on Spring Break this week, so the kids haven't seen this yet, but are they in for a treat-a mail art care package of artistamps in a envelope just covered with fascinating marks of all stripes-so much to show! I cannot wait to hand these out like Halloween candy next Monday. I will pass them out with postcards and encourage mail art round two for some, round one for the last two classes. (Though my son is on…

Two more lovely cards in for the chilluns!

This first by Rodni, his "Heart Felt Ice Melt". My son particularly kiked this side with the sticker on it, being a sticker afficianado like many of his cohorts, so I will lead with that-but both sides are lovely. Turquoise and red are one of my favorite color combos, personally! Thank you, Rodni!…

I put these up on my page before, but not in the context of the blog, so I am putting them here now with a big Thank You again to the early birds! Super thanks to Angie and Snooky who put the word out for me about the k-5 Mail art Project. Without her help, I don't know if anyone would have seen my yulp. Thank you, Angie!

Side One of Angie and Snooky's Nine Lives Card:…

Junanne's cards were some of the first to arrive before I figured out this blog element was on the site, so I just put the pics on my page. I'll get the early pieces up onto the blog hopefully tonight, but I've got this one in hand now-paint splashes by fifth graders. I saw the longing in the children's eyes from this side. How fun! Thank you, Junanne! Thank you again!

A shrouded chalice texture poem from Borderline Grafix. It really feels great and there is a Beetle and sleeping cat on the reverse. The card is from the Musee Suisse in Zurich. Fascinating, Borderline Grafix-Thank you!

Left to Right: Little Debbie, Grandma, Kitty, Dad and Mom, Uncle Ben, Aunt Jemima and Baby Ruth. Portrait by Richard C. Photograph Courtesy of Mississippi Museum of Art" and, my friends, it was signed by Baby Ruth herself-and Richard! Thank you both! Kids got the joke right off-and made me somehow nostalgic of my Southern roots. I need to go get a tablespoon o' molasses-excuse me. . . …

This piece came all by itself this week-and is somewhat mysterious! We've enjoyed puzzling about these stickers from Spain---Are they a part of a map? If so, is this a real place or imagined? And how should we use the stickers? Such mystery and beauty-So lovely to wonder about! Again, so much to show on a little card! First off, the kids dig fish-and really dig fish puns, so the O-Fish-L Mail Art stamp was a hit-as was the artistamp-non cents for currency on puffy fish artistamp-Terrific! And then there is the other side-the atmosphere of envelope liner bubbles-fabulousness, again, from humble materials! I love your mark, too, Adamandia! Thank you for a really fine example!…