Merry Christmas from me to you, then back to you again and on and on!! My Letter to the Hobbit received a response!!!!! Met Richard Canard and All I Got Was an Amazing Experience!! Finale

Met Richard Canard and all I Got Was an Amazing Experience!! AND a T-shirt!! (PART I of II)

This is an ongoing piece that I will be doing in this downtown park that has beautiful, evenly spaced trees, and is highly visible. The goal is to have people make their own donations

FYI-please consider joining the ALL THINGS TRASHPO and MOOZOOM of Bad Art on Facebook!! Please join or the teddy bear will cry more thread! Awhile ago, I sent David a kit to make a Fake Nancy Bell Scott. She has sent me her luscious art scraps and ephemera for years now and is has always been inspiring. I sent some to David to see what he would make. This is what he sent me. You never know what will spring forth from David's mind so I was quite confused when I saw this album cover. I worried how I was going to find a record player for this vintage vinyl? afterall my kids had never seen one until they had a display of them in…

Hi--I am doing an unofficial poll for a story I am writing. A christian company is looking to crowdfund their project they are calling "McMass" In an effort to increase waning church attendence, they are looking to put a McDonald's inside a church.  My question is:

would this make you any more likely to attend church?

On behalf of mail-artists everywhere, DK conducted an in-depth interview with a former postal worker who achieved a high career rank in the USA mail system. DK’s source, now retired, agreed to answer all the gloves-off questions on the grounds that her identity is kept anonymous. The result is an insider view of the postal system with a close look at issues that impact the mail-art community.

DK: Since you work for the post office, can I do a… The Barfa Spewart Tacky Gift Exchange is in its' 4th…
Continue

Your input is greatly desired!  The Life Suggestion Box has currently made 4 stops and I have posted the most recent 'batch' of entries on my blog!!

this is a year long travelling exhibit. Feel free to leave your life suggestions in the comments section of my blog as well.  All are posted here!!  … 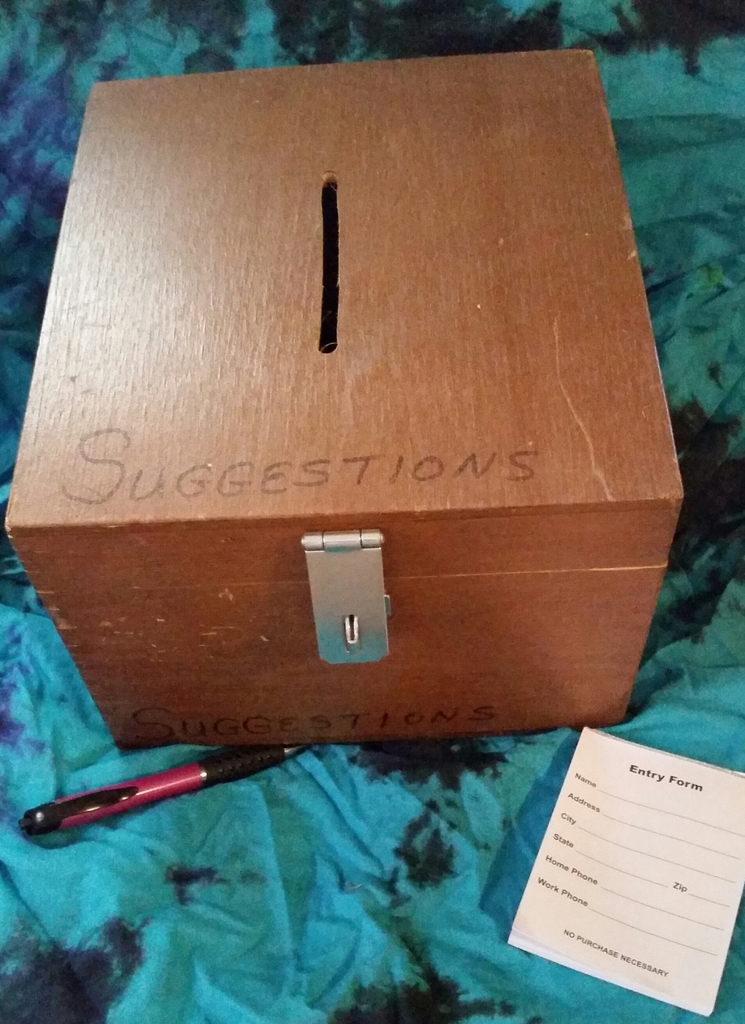 These Picasso Items for sale on Ebay!!!!

MAIL ART CALL__LETTER TO YOURSELF

MAIL ART PROJECT--LETTER TO YOURSELF

Please write a letter to YOURSELF. It can be literal or any kind of interpretation, but intended for You and You alone. Send it to me and in one year's time, I will send it back to you--unopened, unchanged. They will be locked up in the DKult temperature controlled Vault. Make sure your address is clearly visible.  I will send all submissions back to their owners in November of 2015. What would you like to tell the future you?

I sent several different people a starter for a digital collab. here are the results posted side by side 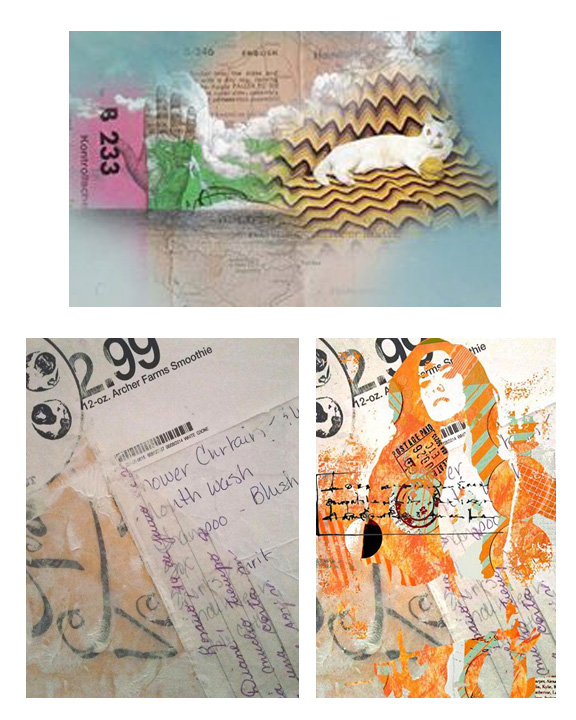 I am still in the process of…