Yoko Ono Exhibit at the Everson Museum of Art: An Image-Text Review (1) 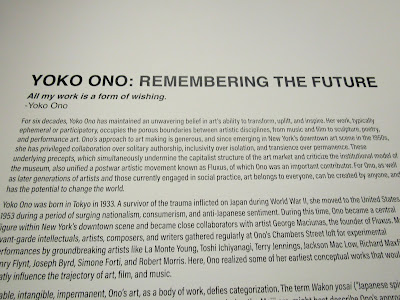 Image-Text Review by De Villo Sloan
1. Earth Cone Shoe Gazing
(Note: I am reposting this piece from my blog because - if you are not aware - Yoko Ono is a central figure in both Fluxus and mail art. She was very active in & supportive of mail art in the sixties and seventies. I am sure some IUOMA members even exchanged work with her. Her event scores written for John Cage that are in the exhibit should be of special interest to mail artists.)
October 7, 2019 - On Friday, October 4, 2019, I spent the afternoon at the Everson Museum of Art in Syracuse, New York, experiencing & contemplating Yoko Ono's Remembering the Future exhibition.
Many of Ono's classic pieces (or concepts) are represented & are familiar to those who know her work & Fluxus in general. Yet this particular event has a specific point of relevance & a corresponding mantle of history, nostalgia & reflection that is draped over the often austere minimalism.
Fifty years ago the Everson Museum hosted Ono's first solo exhibition. John Lennon accompanied his wife & both mixed with the throngs of visitors & they participated in interactive art activities; the scene was bedlam. I grew up near Syracuse & the show occurred when I was a kid & could not go, but I remember the substantial media coverage & tales from people who were lucky enough to attend. John & Yoko at the Everson became a local legend.
So for me, a half century later, the spirit of Fluxus hovered over the current exhibit with a still watchful eye. The gallery rooms (few people were there on a Friday afternoon), resonated time portal & interpretive layers.
Thus for this particular piece, I will not engage in art criticism, theory or cultural meditation in any conventional sense. I will not even attempt to express my own thought associations. I will let my all-too inadequate images communicate what they will to viewers & add minimal commentary when the mood strikes.
- De Villo Sloan 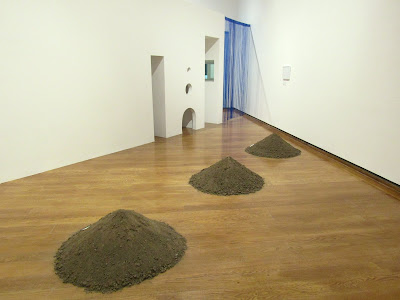 Visitors are greeted by dirt piles - an Ono & Fluxus staple that is anti-art
& were a precursor to earth sculpture. 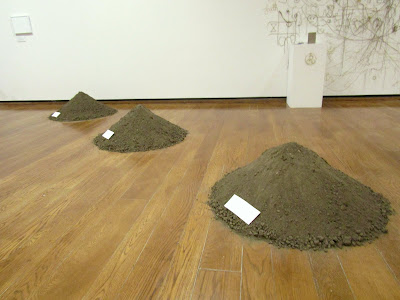 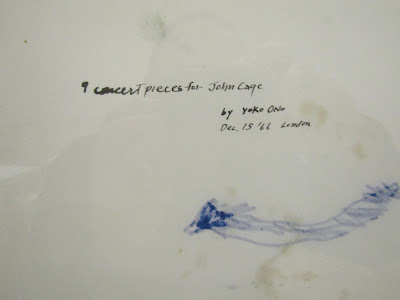 Event scores "9 concert pieces for John Cage" from the 1960s
are included & my favorite part of the exhibit. 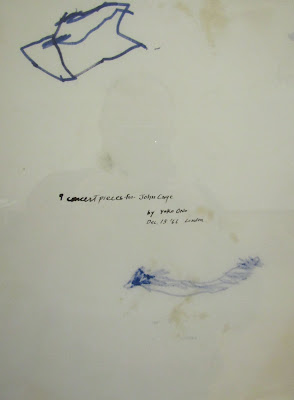 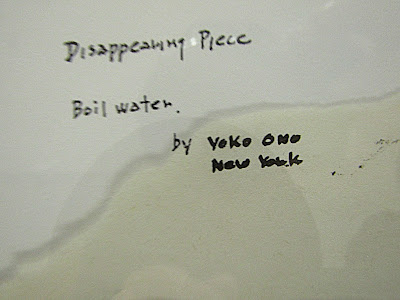 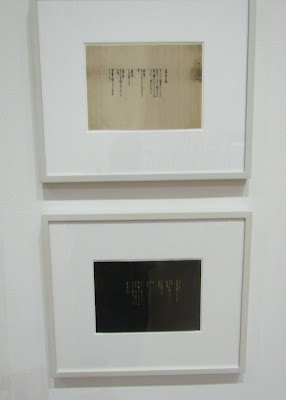 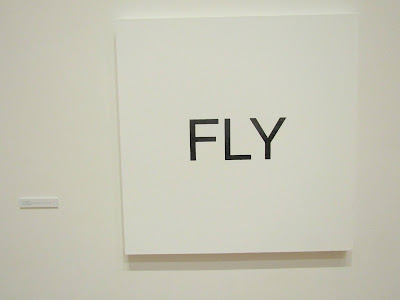 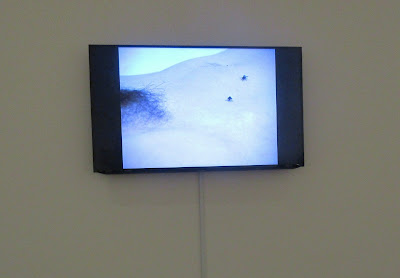 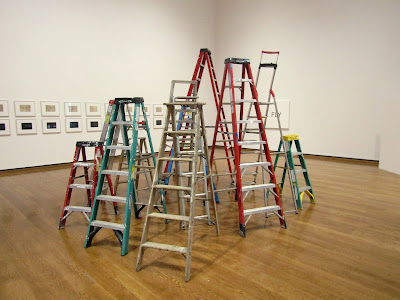 What would a Yoko Ono or Fluxus show be without ladders!
An entire room of ladders at the Everson 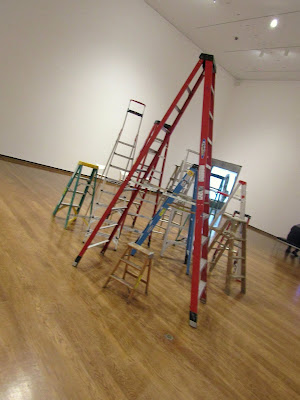 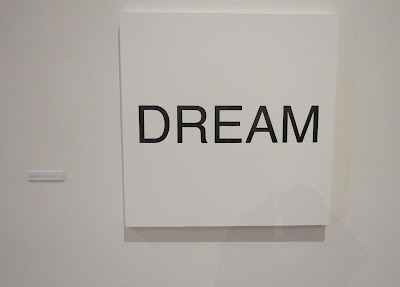 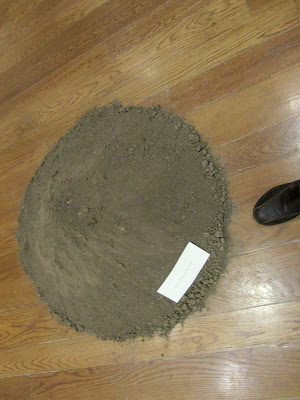 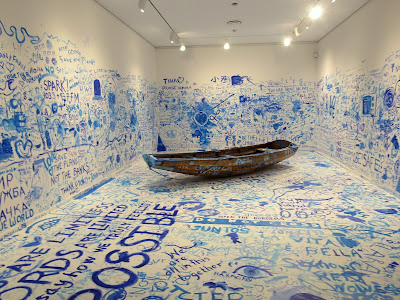 A room was dedicated to the Refugee Boat installation,
which has appeared at other venues & is already iconic 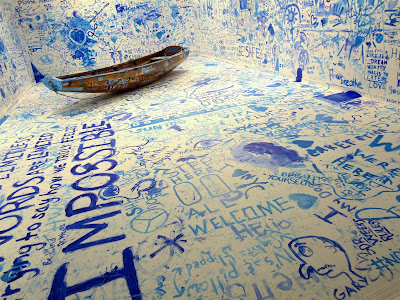 Very nice, De Villo! So glad to hear that you went to this exhibit, when 50 years ago you didn’t have the chance. Thanks for sharing.