This is an appeal for 'SILLY STAMPS'.

What, you might well ask, is a 'Silly Stamp'?

A 'Silly Stamp' is an officially issued postage stamp that, when you look at it, makes you think, "This is silly!''

And then, ''What on earth is going on here? What could its designers have possibly been thinking when they came up with this image?"

"And, given that postage stamps (like coins, banknotes, flags, etc) are important vehicles for promotong national images and messages, what were the responsible (sic) postal authorities smoking and/or drinking when they approved this stamp?''

Here are some examples of 'Silly Stamps' that I have come across on my philatelic travels. 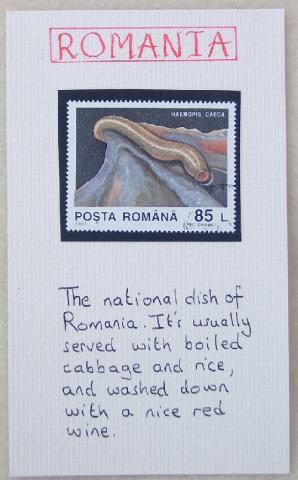 And then an early Danish attempt to break into the lucrative mobile phone market: Next something from the Polish Space Programme 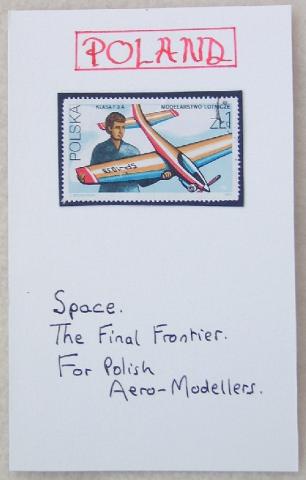 Last, when the Cuban National Ballet's Costume Department had to save some serious money thisstamp was issued: 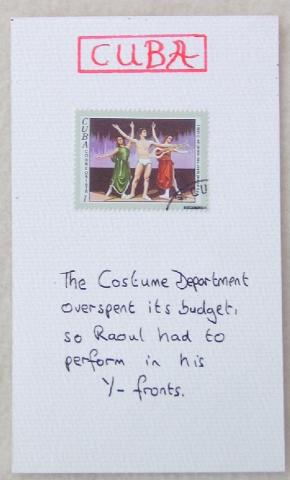 I am collecting exampls of 'Silly Stamps' for an alt-philatelic exhibition that I will hold end 2017/start2018.

If you have any 'Silly Stamps'  -- preferably in an unused or very good condition -- please can you send them to me (with or without a caption):

All contributions will be acknowledged...and gratefully received.