August 17, 2010: New IUOMA friend as well as old friend Ficus Strangulensis sent me a "greatest hits" package from recent years. These show his distinctive adaptation of William Burroughs' cut up technique. His letter explains what he's been doing and provides an authentic portrait of the homegrown U.S. artisitc renegade, right down to the firearms fascination. To provide a little more bio. for you on Ficus, he is also an organic chemist. His investigations into randomness and chaos have a solid foundation: "Only rule is that they not make ordinary sense." I'm with you Ficus. "I hear 'voices' telling me to write words occasionally." Ficus, I'm there." 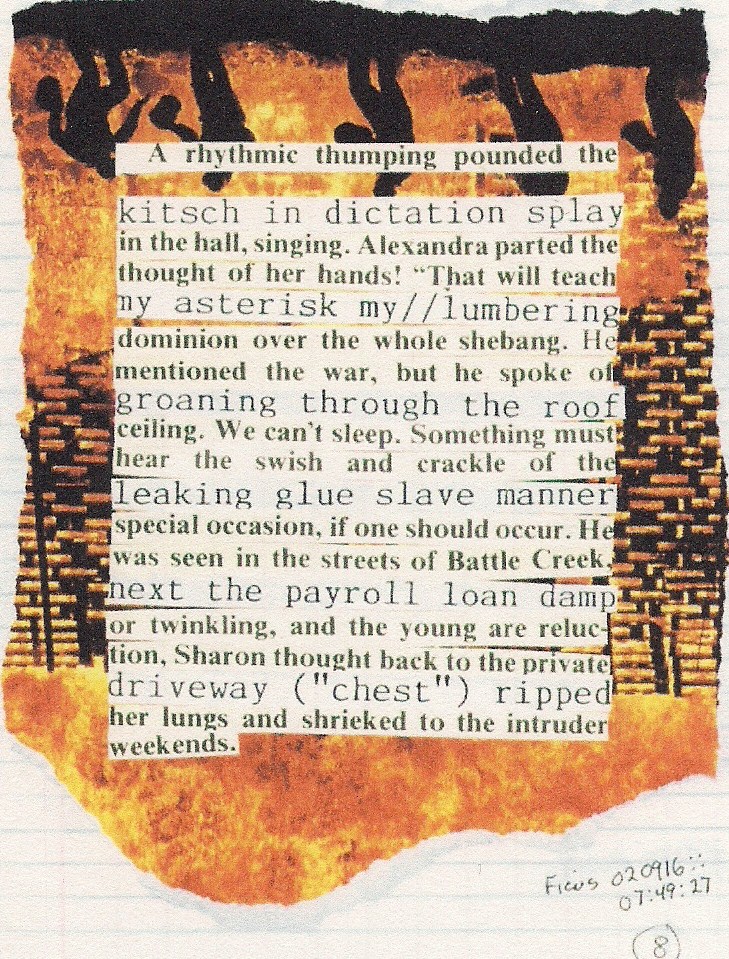 Jack Spicer swore his poetry was dictated to him by Martians through a special radio at 4:00 a.m. Allen Ginsberg knew he was a poet when William Blake appeared to him in a vision reciting "Ah Sunflower weary of time..." in the Columbia University Bookstore. What is up with this? I am looking forward to the possibility of collaborating with Ficus on something, maybe like recycled vispo, along those lines. Thanks Ficus! See you on the other side.