A vintage-looking hand made and decorated envelope from Nina in the Netherlands - my first Duthc mail art!

Interesting stamp, with its origami outlines. It is one of a set of 6 issued in 2014 that celebrates Dutch-Japanese relations, and is part of an ongoing series 'The Netherlands and beyond'. Nice article about this set here.

Philipp was a physician and botanist, famous for cataloguing Japanese flora and fauna. He also had a third first name, Balthasar, maybe that was too long to fit on the stamp. Philipp was father to the first Japanese woman to receive western medical training, well-regarded doctor Kusumoto Ine (also known as O-ine). He was exiled for being in possession of forbidden (at the time) maps of northern Japan, and did not see his daughter until she was in her 30s.

And interesting to see that the Dutch stamp has the equivalent of an airmail label attached as the selvage. 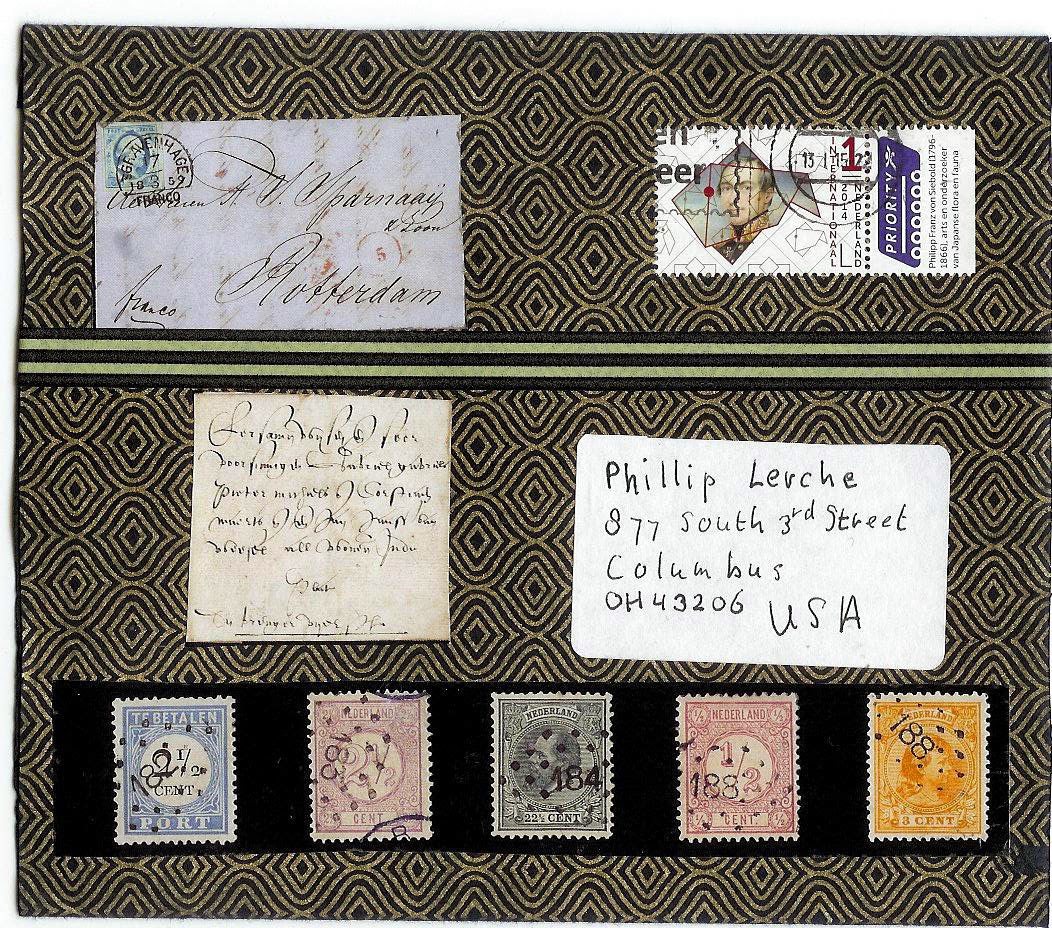 Nina also included ephemera like that she attached to the envelope for me to use - I am not much of a collager, but I'll have to become one to clear my desk of all this stuff. 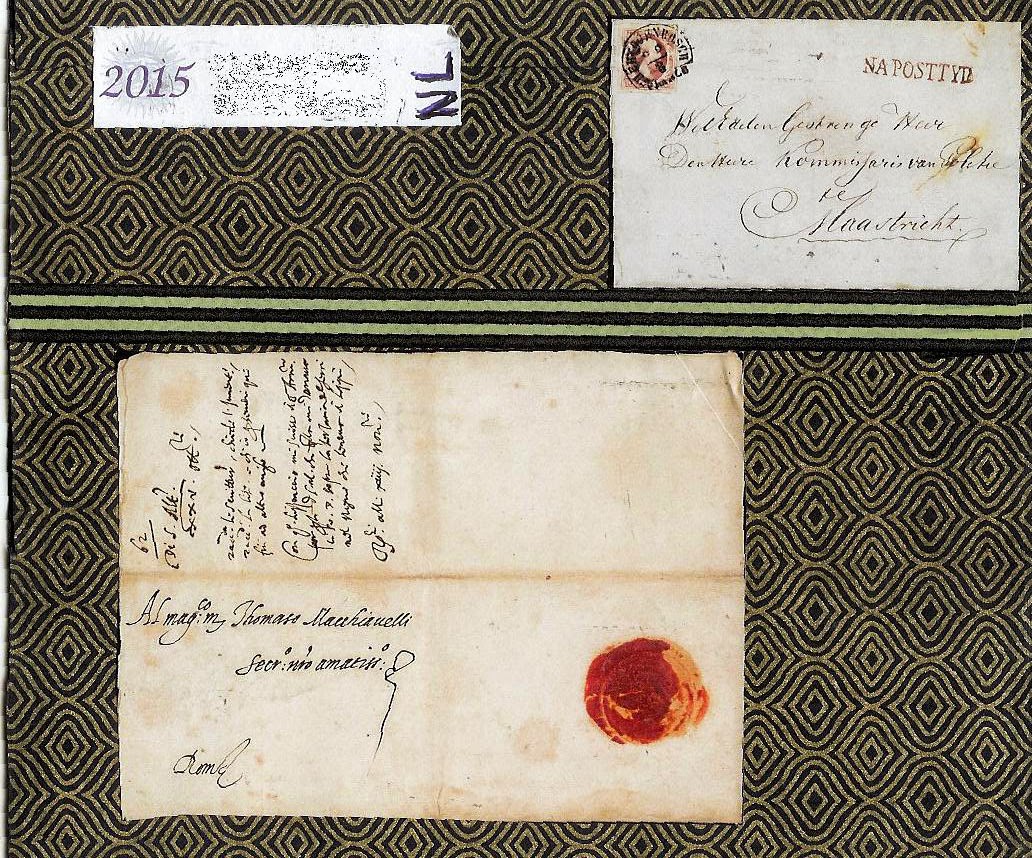 The scanner really didn't like this one at first, which surprised me. I'm beginning to think it doesn't care for orange too much, but who knows. Maybe it wants to make its own art? 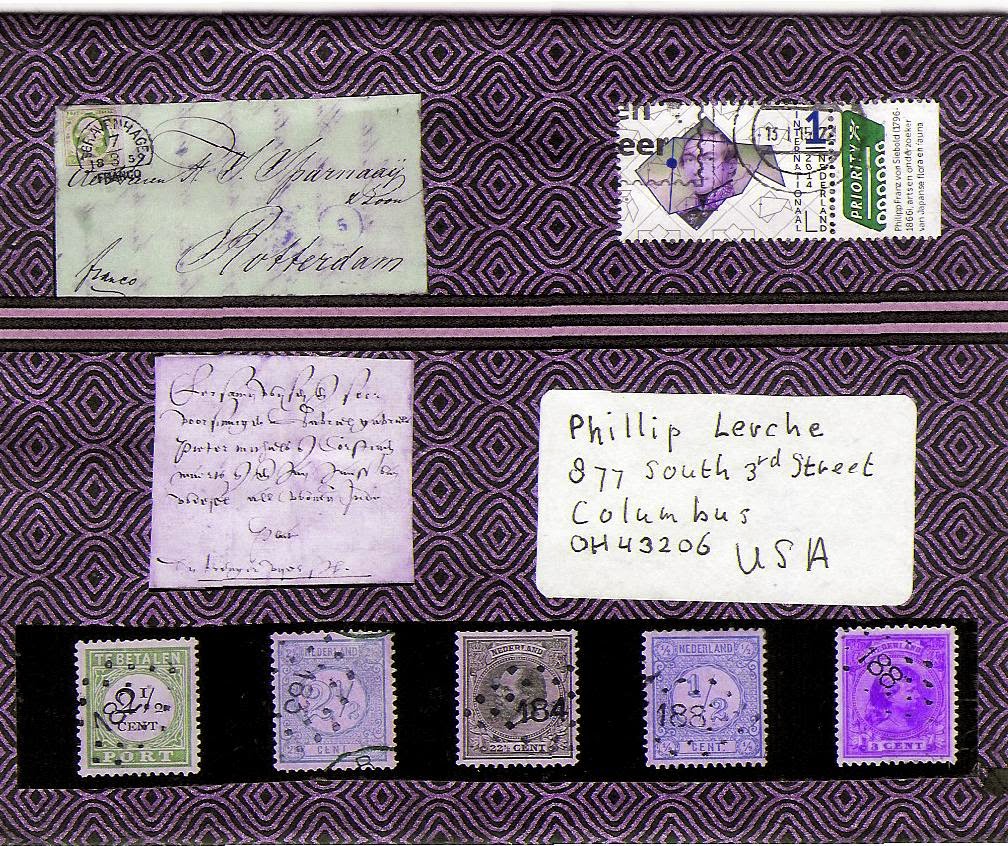