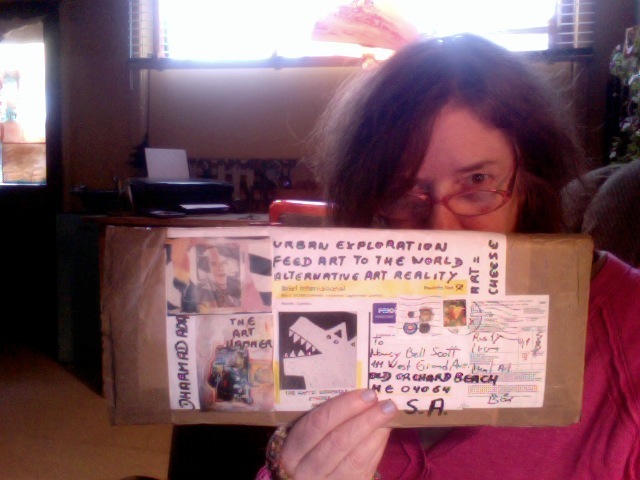 Not quite yet, though at first after snipping an end off, I found that Erni had apparently enclosed nothing. Well, why not? : 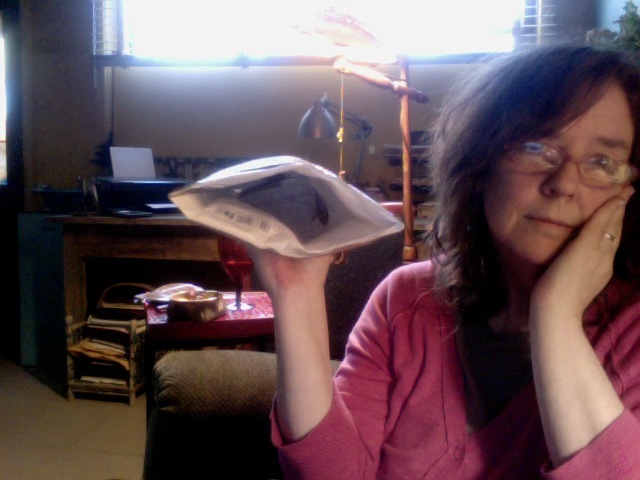 Then a slightly felt dense thingy on one side of envelope led to frantic tearing at the paper. Yet still nothing. What?!? Such is life, we can philosophize, in which we must all try to make something of nothing and are better off for it. Not better yet, though: But then, yah, something there after all! : And gorgeous rust galore on the other side: It's a fine specimen, a work of art unto itself, a RustBar. Thank you, Erni! What is that, Erni? Also, when did you send the rusty arrival of yesterday?

Oh yes. This is true.

That's right, Carina, and it's the one situation when people should resist the paint: Explore rust! Let it do its thing! Thank you Dean and Katerina too. Kat, the heavy rust arrived last weekend at last in the form of the shelves of the old toolbox Erni posted below and in a discussion. I was amazed, and want to hang it on the wall. Will take a photo if that manages to happen. I love the ceramic shard in the Haptic Werewolf's mouth! Grigori received quite a bit more than nothing--we cannot always believe what you write on the package, Erni. Thank you for the beautiful photos below of the rusted item from yesterday--it is a beautiful piece, I agree, in every way, including shape. (sometimes he sends ceramic too ;-)

And is there a BIG package of rust on its way, too?

Wow, what a collection, Nancy!

Great blog, love the pictures and story.  Remember, Rust never sleeps so it might keep you up at nights.  But then again as one wise women put it; "Most rust hides under paint."

Best to keep your paint tubes high on a shelf from now on.  Paint tubes should have a warning sign; "Keep out of reach of rust."

Most rust is hidden underneath the paint...