Erni Bar: The Legend of The Golden Hoop

Little is known about The Legend of The Golden Hoop except for this painting on the ceiling in the State Room of the Palace of the Ducs, in Dijon, France.  You can't even find it on Google. 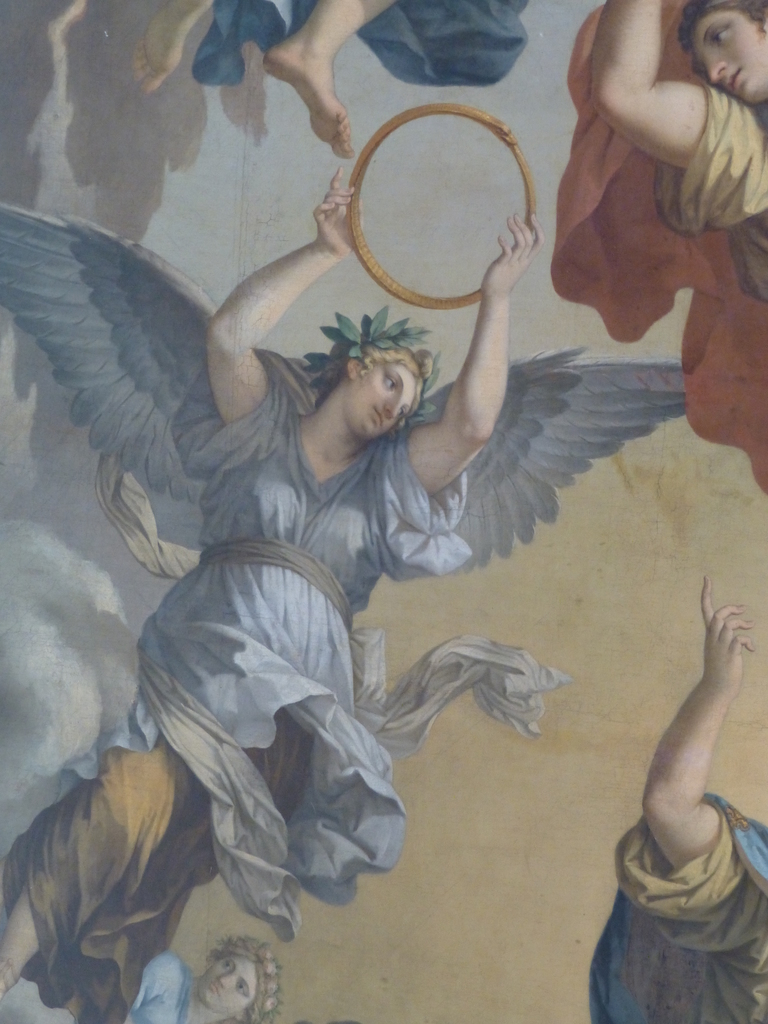 The Golden Hoop represents a snake biting its tail.  Yep, you guess it, The Ouroboros, from the Greek (οὐροβόρος ὄφις tail-devouring snake) is an ancient symbol. The Ouroboros often symbolizes self-reflexivity or cyclicality, especially in the sense of something constantly re-creating itself. 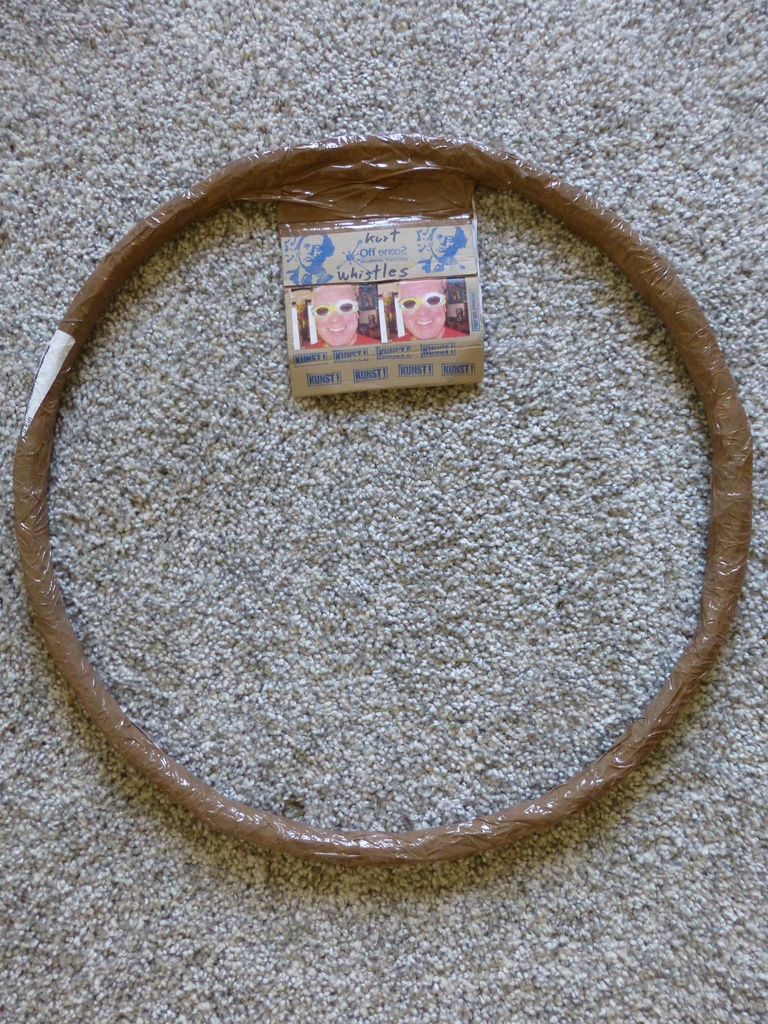 Experts often disagree if the Golden Hoop ever really existed.  There has never been any proof until now.  The mystery started a week ago when I received a letter from the Post Office stating that the building where I live doesn't exist.  After a few e-mails and phone calls, the package finally arrived.  But could this really be the Golden Hoop?  With the postage being 41.99 euros ($56.21 USD, that's like 20 Happy Meals+ one milk shake), it very well could be. I was excited, imagine the Golden Hoop in my hands and that ancient legend finally solved.  But at first glimpse, it didn't look gold.  But it did have ancient words of wisdom engraved. After more cutting, I discovered that this was not the Golden Hoop after all.  It was a bicycle wheel rim with the following inscription; "Well der Artist in Seine.  It ain't easy being creative and original all the time.  I'm pretty sure you know that well enough.  I've found the "Bicycle Wheel" somewhere in the street.  It's now yours.  better not show it to "serious" folks.  They would most probably advise you to throw it away.

A wonderful example of Ouroboros and extreme Mail Art.  To me it's worth more than a Golden Hoop, but it would have been nice to solve that legend I made up.

Thank you Ouroboros Erni.  I am forever in debt to you.  PS: More photos to come.  I ran out of space.

Are there any tags left?

It will be great to see if people tear off the tabs.  Thanks for posting & happy it arrived in time for the show.

I received the really excellent photo of the hoop in it's display location. I've done the required assembly and here's the entry ready for display. More photos when it's in location in the exhibit venue.

I got it in there alright.  And now it's on the way to the Bicycle Show in Richmond, VA. in the land of milk & honey and bicycle rims.

That will be a mighty WIDE mail box :-)

I'll give it a go.  Regular mail of course, just shove it in the mailbox and run away.

FedEx it? Or UPS it?

It will cost a pretty penny, but sooooo well worth it.

Bicyclists returning to the USA from the Tour de France must ship their whole bikes,

surely you can send the Erni Golden Hoop!!! Good luck!

So how can I get this one in Mim's  A bicycle theme Mail Art exhibit  before the 1 September deadline?

For now the wheels are turning in another direction.  One can never say stop.  only time will tell.

"One bird in the nest is better than two birds on the other side of the Berlin wall."  Famous Dean quote.