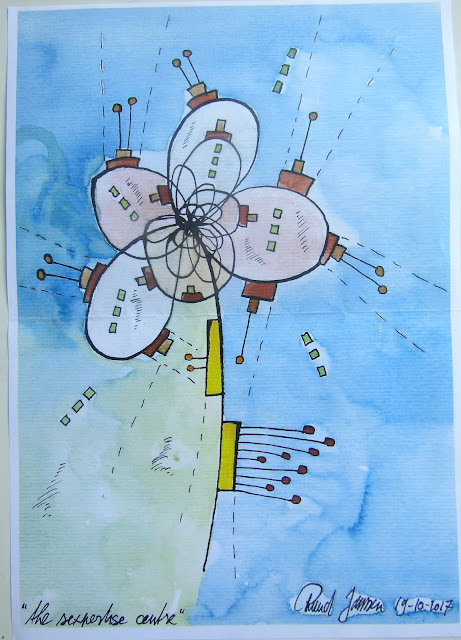 Mail art by IUOMA founder Ruud Janssen (Breda, Netherlands)
April 14, 2020 - Ruud Janssen is a preeminent figure in the contemporary mail art network (aka the Eternal Network). He is a scholar of network history and theory, an archivist, visual artist, visual poet and asemic writer. Like many networkers, he has embraced the concept of "intermedia" as described by Dick Higgins.
Ruud Janssen is also the founder of the International Union of Mail Artists (IUOMA), an organization that has brought the tradition of correspondence art rooted in Ray Johnson and associates into the digital, post-literate age. On the IUOMA-Ning site Janssen has contributed to the "Asemic Writing for Mail Artists" group and thus is already a participant in the Asemic Front project whom many will recognize.
Somehow, Ruud Janssen manages to continue to send out mail art (although newer initiates must understand that more established figures simply (and sadly) are not able to respond to the amount of mail they receive). Thus, I am even more grateful for the envelopes Ruud Janssen sends and especially for his support of asemics and visual poetry.
Though delayed, I am thrilled to be able to share a very fine mailing from the Netherlands assembled in January 2020. Ruud Janssen has been sending me copies of some of his major, larger-scale works for years. Since I am a copyart fan, this arrangement has worked out very well.
In this posting I am pleased to share four Ruud Janssen compositions that, while certainly qualifying as visual art, also can be read as visual poetry and asemic writing. In fact, Janssen has achieved much positive recognition in the asemic writing movement.
He blends images derived from high-tech with older "technologies" of artistic expression to create new symbols, narratives and visual-verbal rhetoric. (Sometimes I see Janssen pieces as essays.) The blending of high-tech iconography and classic calligraphy make for entirely original asemics.
For this Asemic Front 2 entry. I will document the complete mailing as I know it will be of interest to the mail artists in the audience too.
- De Villo Sloan 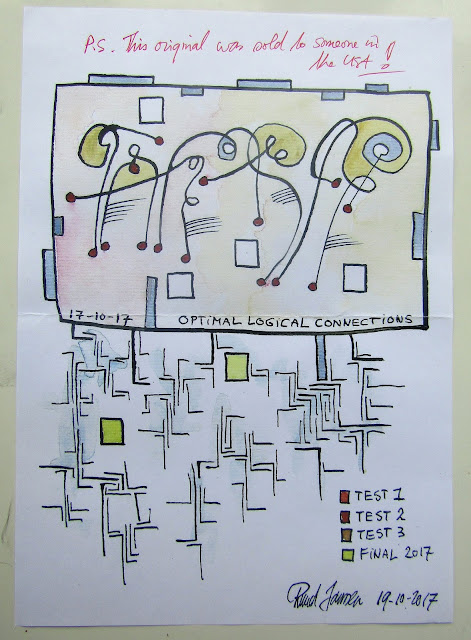 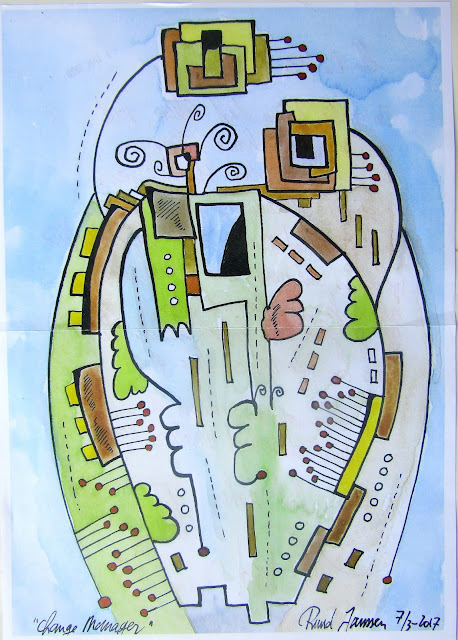 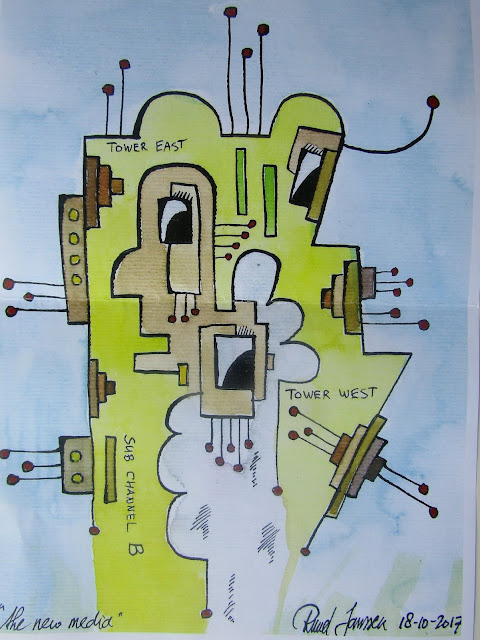 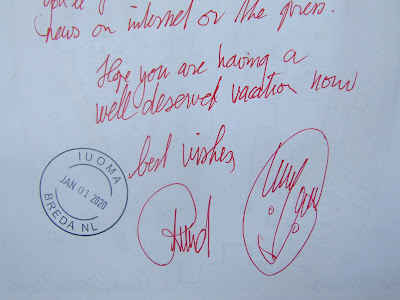 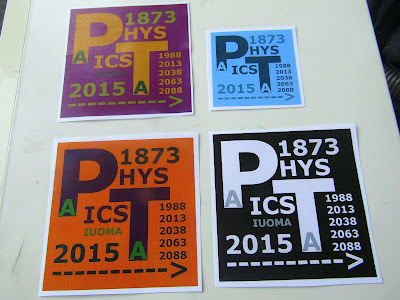 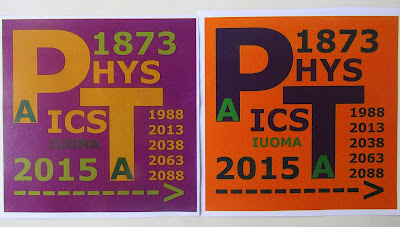 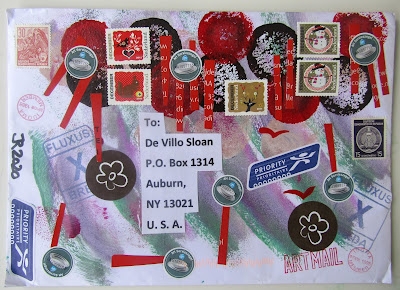 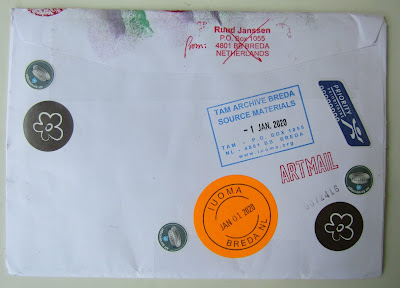 Thank you, Richard. I'm sure Ruud appreciates it as well.

Funny, in the third paragraph I say something like, "Sadly, established mail art veterans are not able to respond to everyone due the amount of mail they receive." I wrote that because (1) I deeply appreciate mail from Ruud Janssen because I know the amount of communication he manages as our IUOMA leader and also as one of the leading figures in the network. (2) It's also a veiled apology that I can neither respond to all the art I receive nor can I blog it. (Once I was proud to say I blogged every work received but eventually I was pulled under and simply do my best with no promises.) IUOMA has so many new members I'm not sure if people are aware of the work Ruud does or that he is a phenomenal resource.

I'm sure we all reflect on our public utterances. All day I have been thinking: I needed to add that there are always exceptions to generalities. Richard Canard is one of our major mail art figures who seems to be able to respond to all mail received AND to constantly reach out to new members and old friends. We'd all like to know the Richard Canard system. I'm sure of it.

And via chance, fate, or karma - here is Richard C. commenting on the Ruud blog.

Now if someone could find Diane Keys.