Today the sad news of the death of another Visual Poet and writer/artist reached us. Serge Segay died this sunday.

News came from Russia (Dmitry Babenko) which published the news on facebook.

Wrote his first zaum and abstract poems in 1962, when the "Anarcho-Futuristic group" was founded in Vologda.
Since 1971 he has produced pictographical poems, unique in Russian poetry; first founder of visual poetry movement in Russian Literature;

His visual poems have been published in the emigrant almanach "Rough Copy" (USA), american magazines "Score", "Ozone", "World Letter", "Lost and Found Times", and in issues of "Doc(k)s", "Offerta speciale", "Collegamenty Wobbly" and in many other international editions.

In 1992 he published the complete poetry of the futurist Vasilisk Gnedov (Trento), in 1993 - organized the first publication of unknown texts by Alexei Khrouchonyh and Kasimir Malewitch....

Exhibit with work by Serge Segay in Netherlands:

Great post about the Master Serge Segay. I admire him and his visual poetry.

Serge's work at the Van Abbe Museum in Eindhoven, Netherlands: 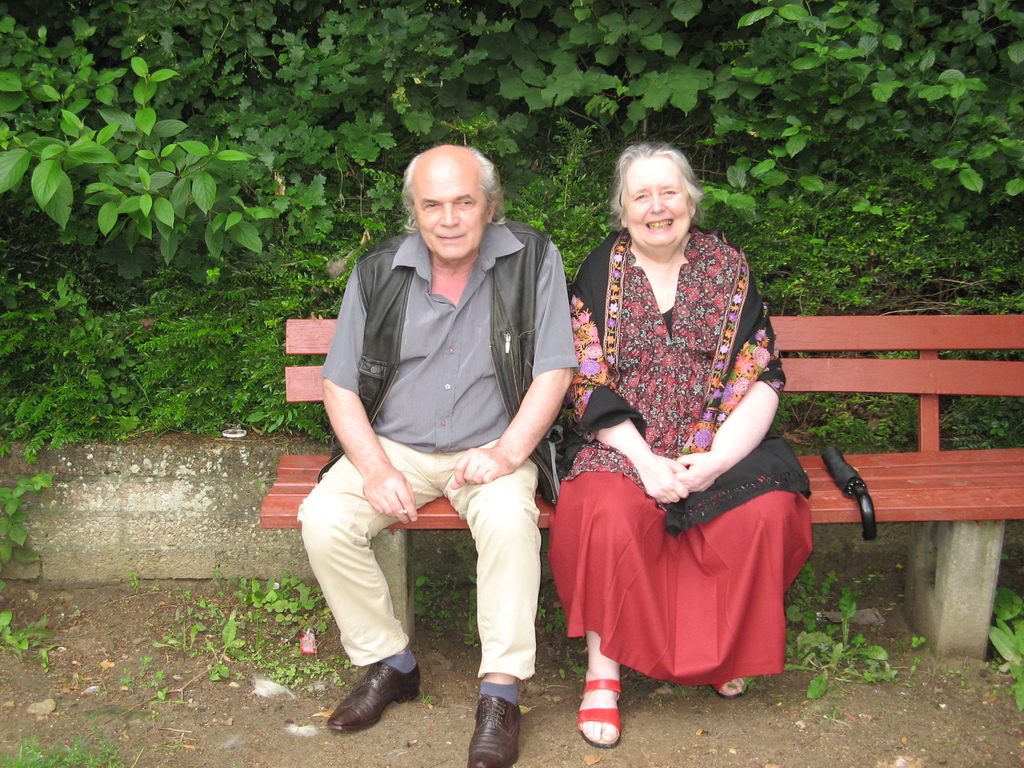 see: http://www.transfurism.com/ for more details and this photo.

see: http://www.transfurism.com/ where their son is building a site with their work. 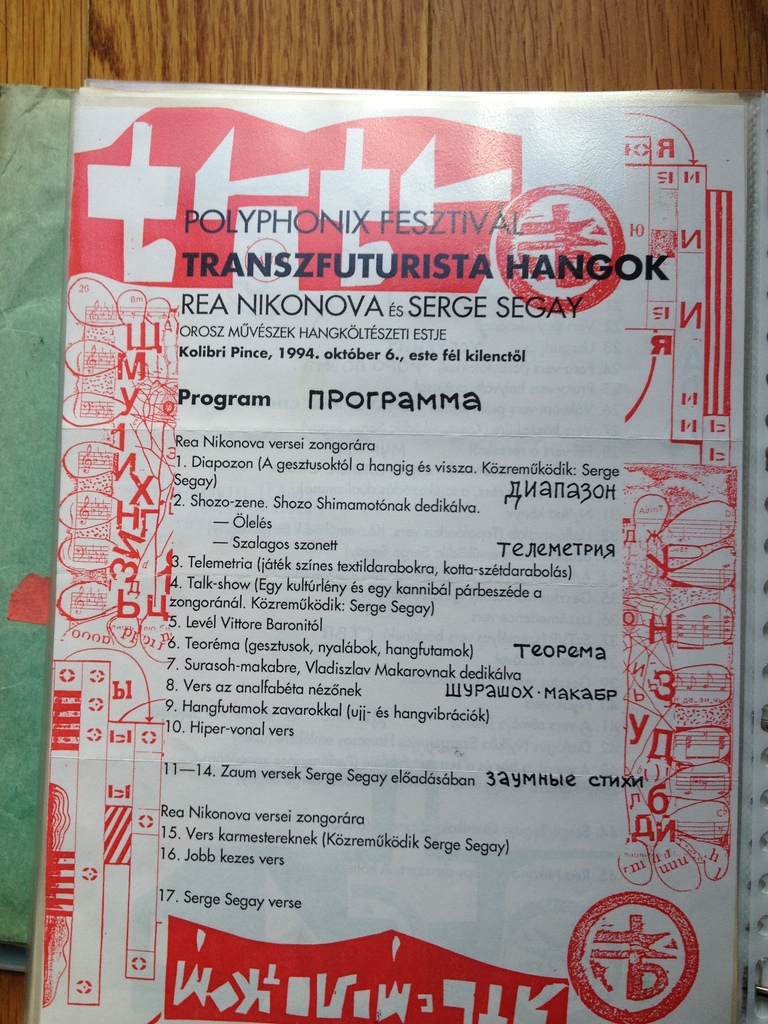 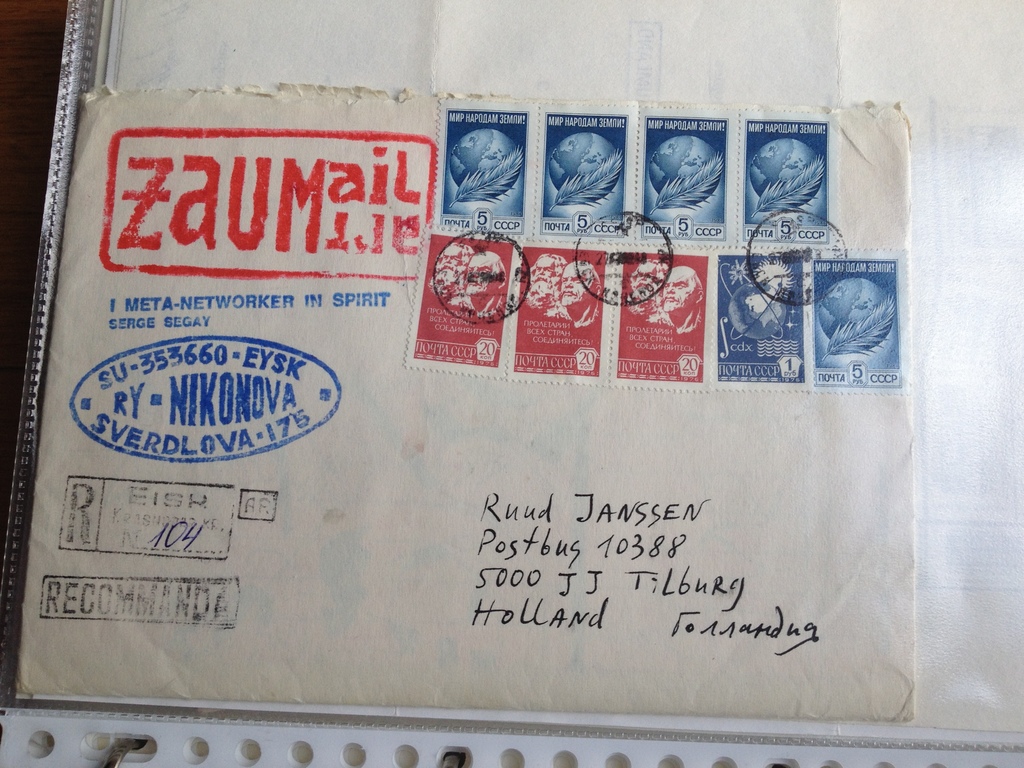