I've been longing for an envelope from Bifidus for quite a while, but this one was well worth the wait. I am so completely impressed by this piece (including the hilarious envelope). A stroke of genius crafted with such talent I can barely keep my eyes off it. 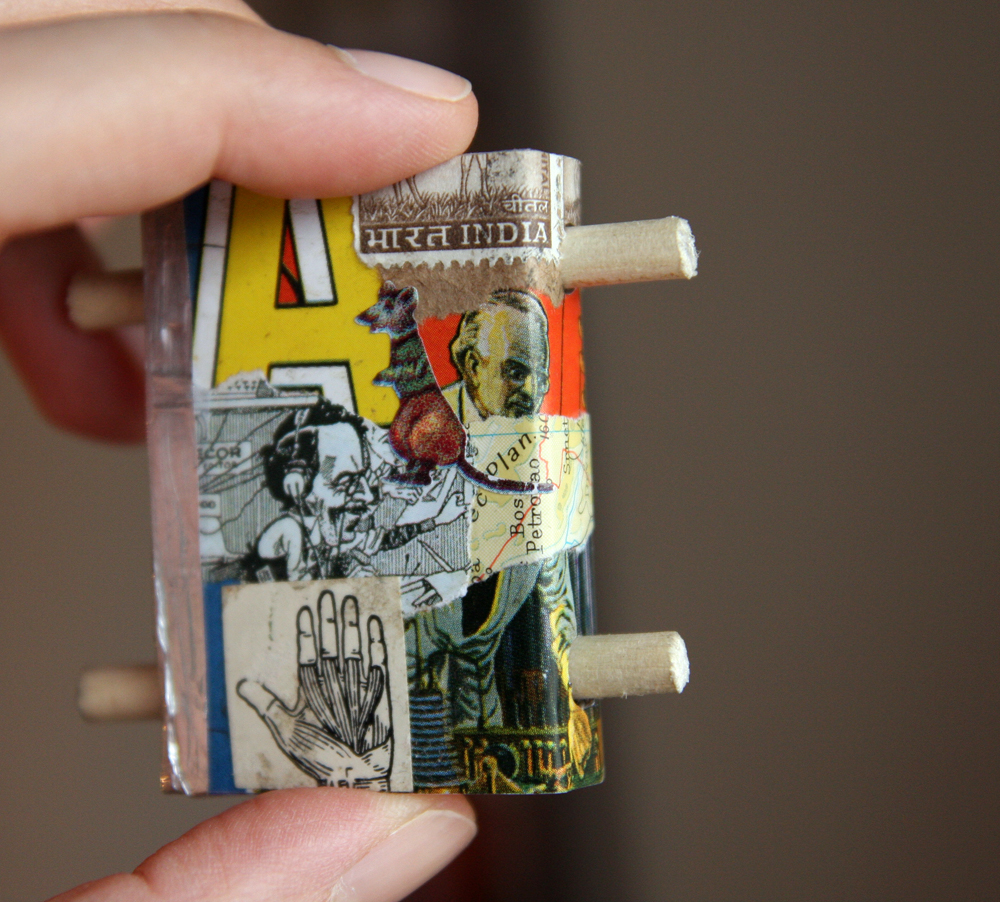 Bifidus carved out a matchbox (or the like) and made a mini-Bifidus world out of it. I can recognize several of his hallmarks/landmarks such as the hand, the map, the mouse... 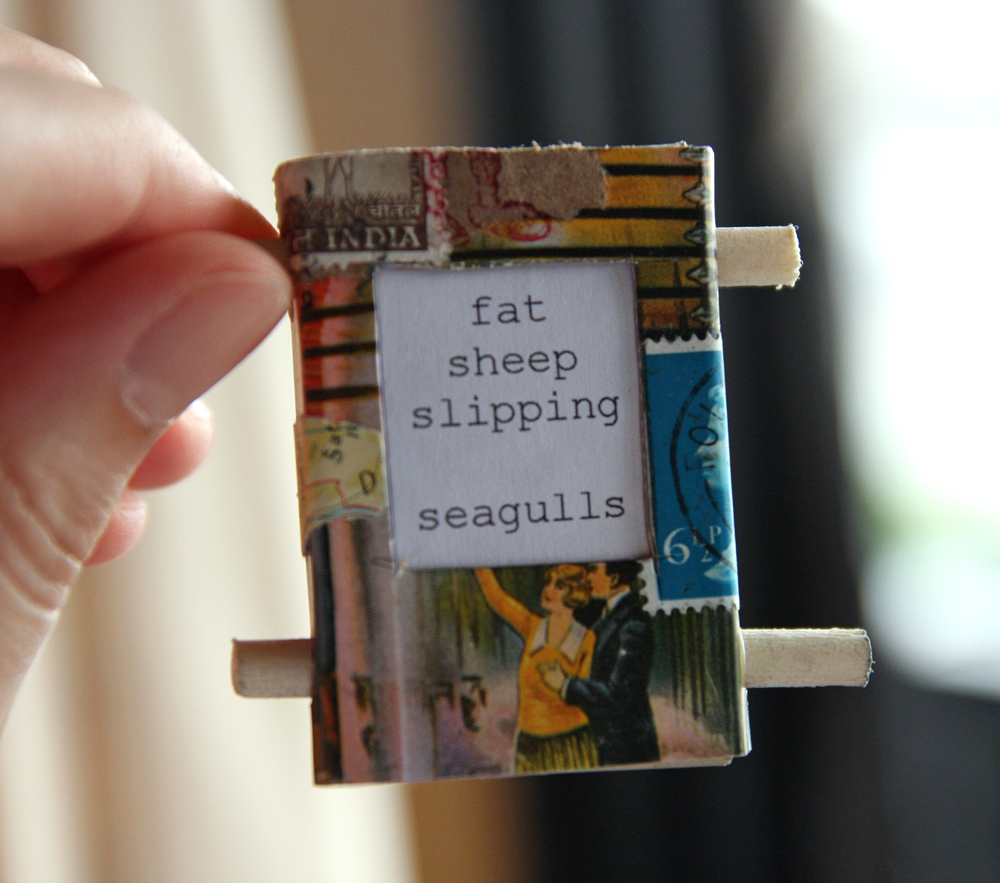 He then inserted his poetry, rolling it up onto two small sticks, in such way that it can be rolled up or down à volonté. How cool is that?! The poetry itself is a little treasure of Bifidus style dadaist delight (or at least at first sight it looks very dada, but you'll see..). Here is all of it, rolling up:

STUFF ROCKS PUT UP WITH priceless punch line :-))
Bifidus, I can't tell you how much I like this, I will easily wait for another year if it means getting something as great as this Stick Shift poetry from you. Much obliged.... merci. 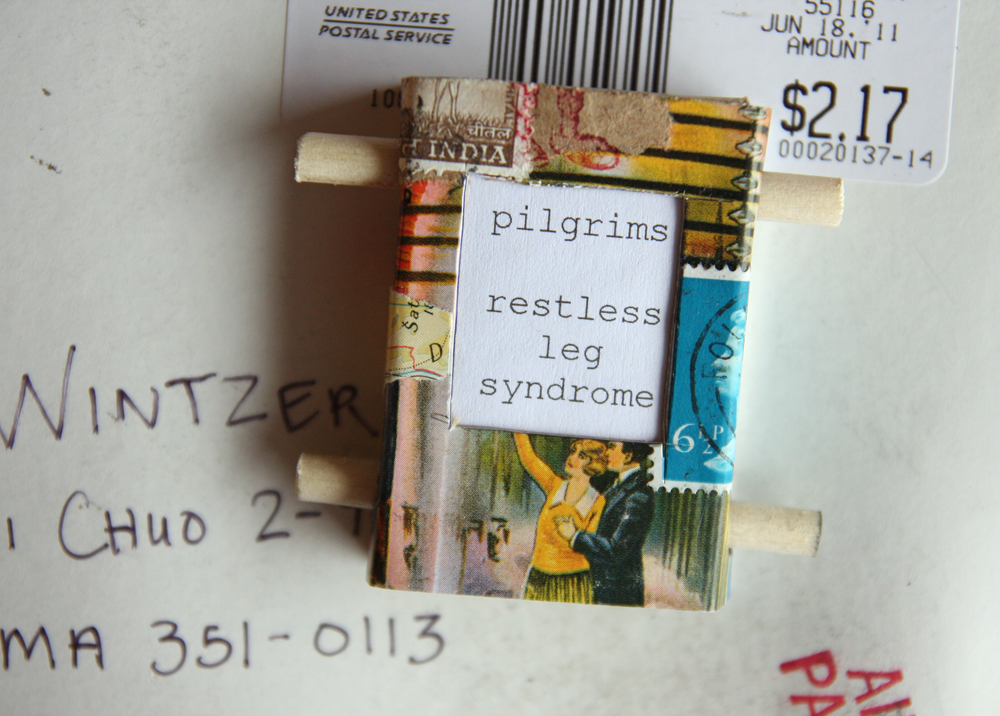 Stickpo! That is wonderful. Bravo Bifidus!

Me reading and reading poetry, too..

.it is an amazing miniature, revolving poem!

Comment by De Villo Sloan on June 27, 2011 at 3:16am
A complete and total stickpo treasure. Marie, it's like your hole puzzle! SERIOUSLY - Bifidus's poem is incredible. I hope we see more. I'll be back many times to keep reading it. Adore your commentary, CB. This is just the best.