RCBz sent me this set of "Mourning Cards" - which he said were based on a dream I sent him - well, a mail art dream - lets not get our wires crossed!  Dream 4 to be exact. Being generally of sound mind and senses I asked him to send me an interpretation of the work - that would be the one on my blog - ( http://cherylpenn.com/wpb/ ) BUT he also wanted to read one I had written. hhhmmm... dangerous ground - so here goes.

QWOZ - a grand estate which Robert hoped would become the pride of many Lacklustres. 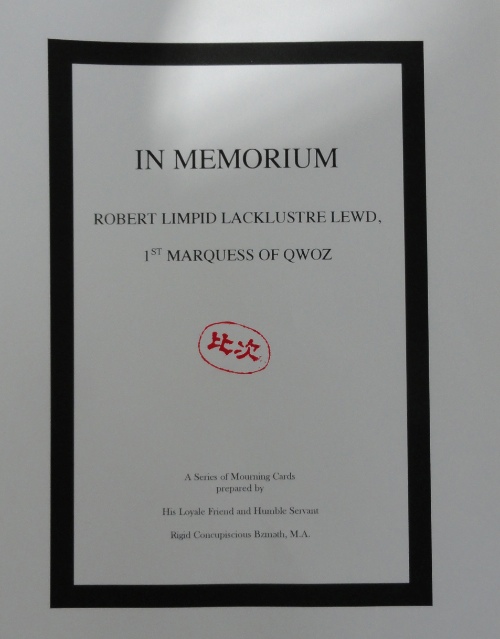 Thats how this series began. You see why I asked RCBz? I find his work complex!!! - so, where was I... 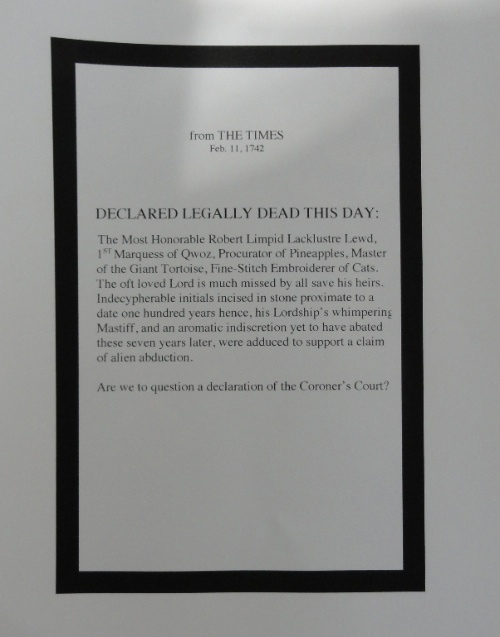 Alas, due to their lack of diligence, pineapple distaste, tortoise terrors and ridiculous superstitions regarding stitched cats, the estate lay in ruins within a hundred years.  But Robert's ghost, inordinately fond of giant sugar sticks could still be seen mooching at the entrance to RCB7 - the quarters of an unnamed slave girl.  Robert had loved her it seemed. This was of course distasteful to the pompous heirs. 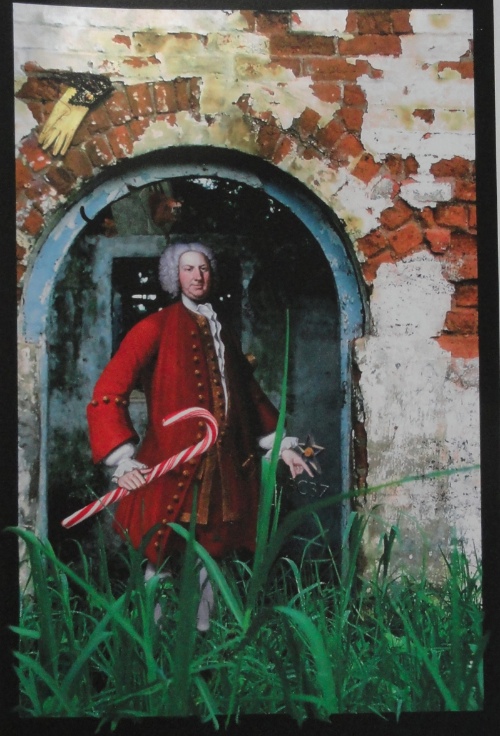 Betty Lacklustre  his faithful mastiff, and knowing the source of his masters passion, gave Robert plenty of leeway when he was 'out with the fairies'. 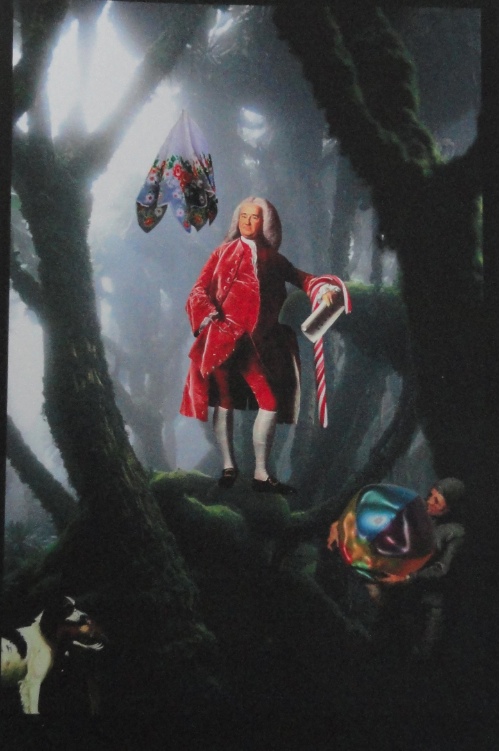 Do you want the truth dear reader? The slave girl was not from here. Neither was the tortoise. Together with the w(r)ench, Robert travelled to the moon and back, seeing sights belonging neither to this world or the next. Then came the day, when, after cleaning one too many po's, one too many slop buckets (belong to the heirs), the w(r)ench took Robert by the hand, together with Betty and a giant sugar stick and disappeared into the future. They loved happily ever after. Well, thats my story and I'm sticking to it.

CP in lieu of RCBz.

O YAY! I've been Hi-Jacked - feels excellent!! Thank you Lisa :-)  That beach ball sure is a beauty - Robert had one (well his servant did), stockinged lady was having a push at one yesterday, and now its part of a new urban legend - thanks for posting :-). Vizma - no - RCBz is I'm glad to say, alive and well and having tea with Dorothy in Kansas :-) XX

Ooh, yeah you're gonna scare lots of people with that title! I'd only just discovered this guy's work this week, via the fabulous Squidfest octopus photo that was posted recently. So glad he's not dead! :-)

When I saw your title I thought something happened to RCBz! :-))

You both have imagination that knows no borders, that's for sure. And Robert has a certain allure with that candy cane :-) My favorite part of his interpretation was "#s 3 and 4 look good, series can’t go on forever, provide summation, compress timeline #5 - write #2 to tie #s 3, 4, and 5 together which leads to #6". Funny :-))

And your story is great, cp-sa. They loved happily ever after...