We were sitting around the enormous hearth at Klavworster’s Grotto when the subject of ghosts came up. “Africa is filled with ghosts,” old De Toit said. He closed his eyes and we watched as he conjured the spirits he spoke of. I closed mine too and felt the racing of the dead, human and animal, across a cave painting, the endless hunt, frozen in time. We were all similarly engaged when Cheryl came in out of the darkness. Under her arm the familiar worn out portfolio, bursting with drawings, pastel dust falling into the light of a table lamp like motes of a rainbow that has lost its way. “Ghosts! I’ve been drawing them all day. Mira!” she said, pulling out a piece of paper like a magician pulling a scarf from his sleeve. 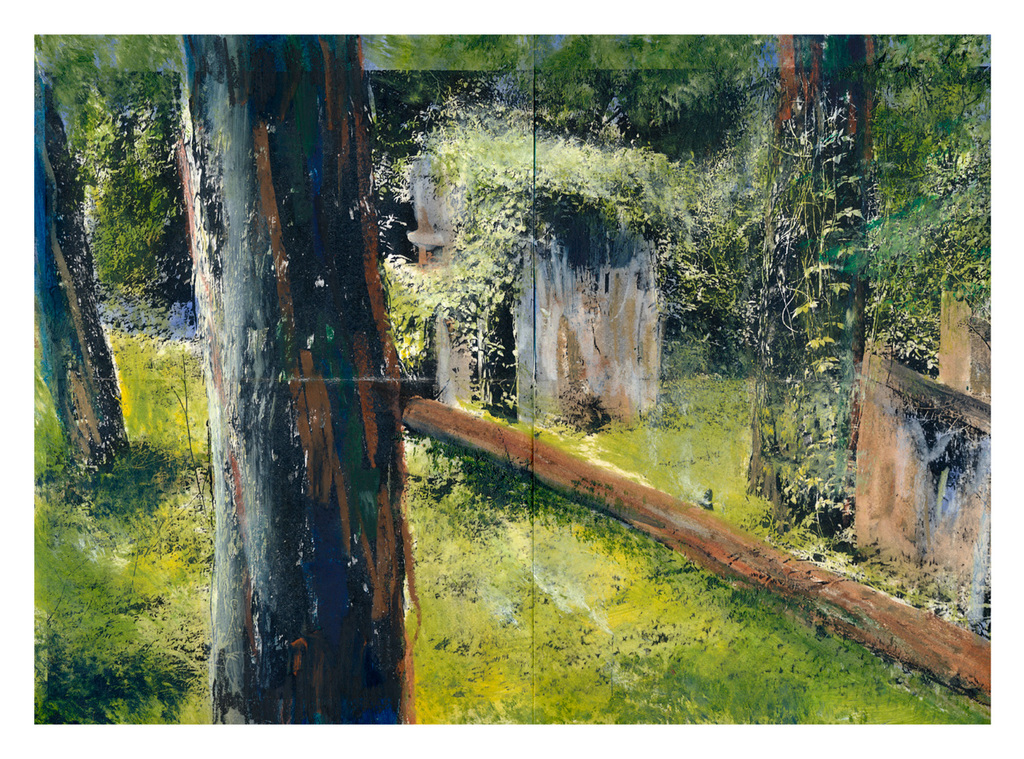 "I don’t see any ghosts, Penn,” Col. Van Zyl said. “No? I do. I see their feet bending down he blades of grass. I see them peering from behind the Eucalyptus trees and sitting on the meandering pipe, bending their ears down to hear the water passing through,” she said, her voice laced with laughter and gentle scorn. “I guess I need more port,” Van Zyl said humorlessly. “I see them, Cheryl,” I said. “You do? You need less port,” she laughed. “I know this place but in a strange way. I had this photo of this place on my refrigerator for years but I never knew where it was. I found it on a shelf in the closet,” I related. Cheryl did not look at all amazed. “I had it placed there to confound you.” “Mission accomplished,” I said. “Was there a brick archway nearby?” I asked. “Yes. Un Portique Mysterieux. I watched the ghosts coming and going for two hours. I think it had been a bakery long ago.” Van Zyl harrumphed and he went back to reading Dinesen. 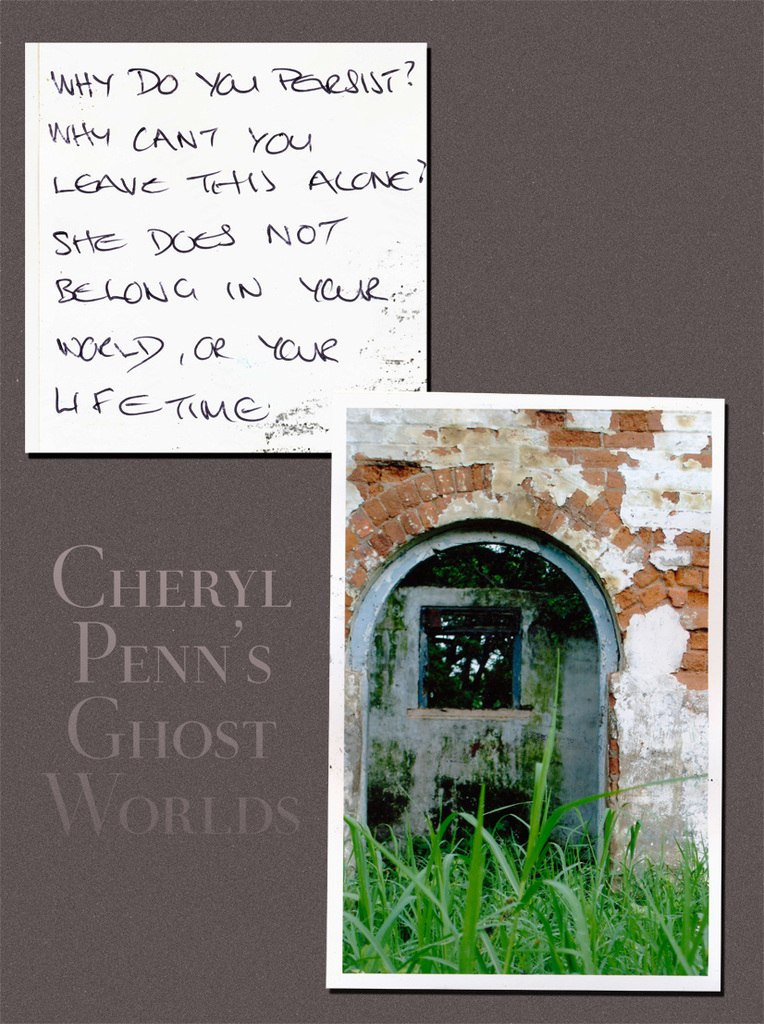 The world is a better place for all those connections that IUOMA folk make around the world.  If we all shipped ourselves postage due, wouldn't that be a great reason to loose some weight!  I mean it would be rude to make our penpals pay all that extra "due upon receipt" money, right?  Forget New Year's resolutions; I've gotta ship myself to Timbuktu!

God bless your postal carrier...I wonder if she was amused. Re: owed...Not to worry-- I owe everyone some mailart....including thom and marie and ruud and etc etc...I'm working on it...Thanks to you and DeVillo and everyone for your kind remarks. Thanks to Cheryl for being the Enigmatic Seer of Africa! Wouldn't it be fun to have the wherewithal to send yourself around the world and visit all the mailboxes and their owners we send stuff to? "Dear Diary, Stafford arrived with Postage Due. Figures. He has a cancel mark on his forehead like Cain. Having trouble sticking him to the fridge."

This is magical, David...

"...pastel dust falling into the light of a table lamp like motes of a rainbow that has lost its way."

And agreed, the artwork image at top is more than amazing.

And TOXIS controls all gps devices now. That's how they find you.

So far 5. But I'm afraid another is brewing :-) - the ghostwriter is also nudging for attention so it looks like I'm dream- ghost-cluttered at the moment :-) - not a bad place to be at all!

But seriously, the top shot is extraordinary. I'm still trying to figure out how many editions, chapters, books there are in this one.

Dear Enchanting David,  Dreamy De Villo and Princess Sweet Pea, my dragon (Roger) has just returned me from a trip. Luckily he is an adroit lander and  did not need a gps to get me home.  We passed by a cloud with all these ever so South African characters - good one David.  Just in case you didn't know,, dragons smell like cut grass mixed with lemons on a hot summer afternoon. A Tuesday Afternoon (Moody Blue's :-) X

This is truly a unique way to approach interpreting work received.