Tony Garifalakis’ project for artstamp.dk Bloodline/Family is a selection of twenty- five images from his Mob Rule (Family) and Bloodline series (2014).

The Corridor Gallery  REYKJAVIK
From May 16th, from 5-7pm BY EE WE WILL BECOME,
IN FLESH AND BONE WE WILL ARRIVE,
TRANSFORMING WILL HAPPEN AND WE WILL NEVER DIE.

SAVE THE ARCTIC BY ARTSTAMP.DK Søren Dahlgaard began the Dough Portrait photo series at The National Art Gallery of Denmark in 2008 followed by massive media interest. Since the project has traveled to Vancouver- Venice- & Gwangju Biennales, the National Museums of Kosovo, Maldives, KIASMA Helsinki and the art centers of Israel, ECCO Brasilia, JCCAC Hong Kong, Ujazdowski Castle, Warsaw and The Photographers Gallery, London, where a new series of portraits are created and exhibited each… Artstamp.dk is proudly to announce a new Artstamp by the New York-based artist William Anthony (b.1934) in conection to his upcoming  Exhibition at  Stalke Galleri from 13th. April 2013

There will be a dual… 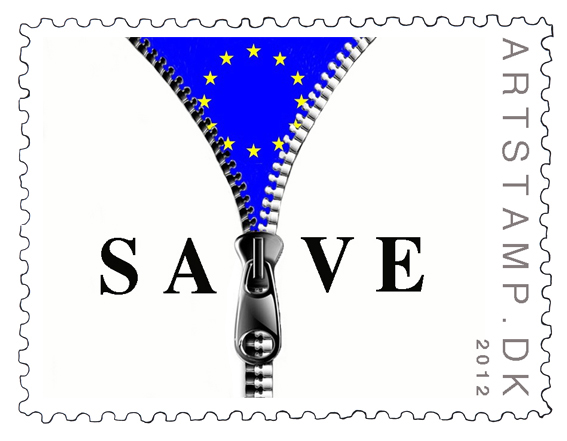 The lozenge shape, which is dominant in the drawings, “Topographical reflections”, appearing on the stamps, emerged initially in Thomas Bang’s drawings from the mid-sixties. Since that time the lozenge image has occasionally re-appeared, primarily in sculpture- and installation contexts and generating various references.

As a result of… 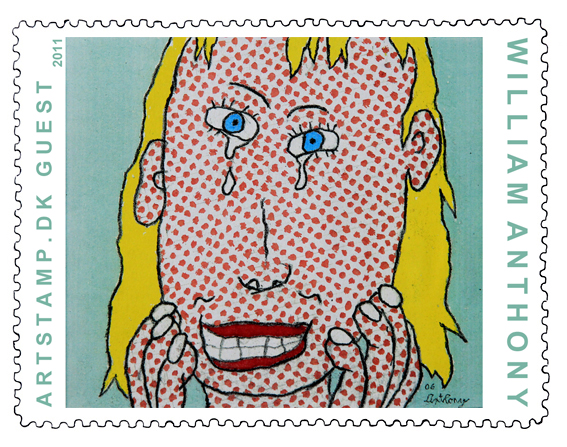 Artstamp.dk is proudly to announce eight new Artstamps.dk by the New York-based artist William Anthony (b.1934)

For more than 45 years William Anthony has twisted and turned the conventions, clichés of and preconceptions about the world of images. It is clearly seen through iconography that it is pop. But it is also sub - Pop Art subconscious. A machine…

Aknowledging, as he does, his debt to the age-old traditions of art, Frithioff Johansen still works with the classic materials used in painting, sculpture and graphic art. His own inherent curiosity has, nonetheless, taken him a long way, in terms of trying out new  forms of impressions. Science and technology have provided one of the main sources of his inspiration for his work for many years.
Johansen has won international renown for his work…