An incomplete but extensive collection of many of William S. Wilson's articles about art, literature, and other writings digitized into PDFs 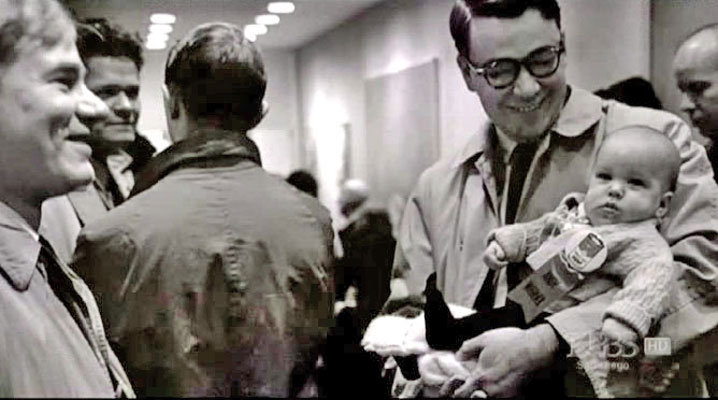 Still from Ric Burns' documentary on Andy Warhol showing Warhol with William S. Wilson and one of his twins (with Ray Johnson in the background) at the opening of Warhol's first show at the Stable Gallery in New York 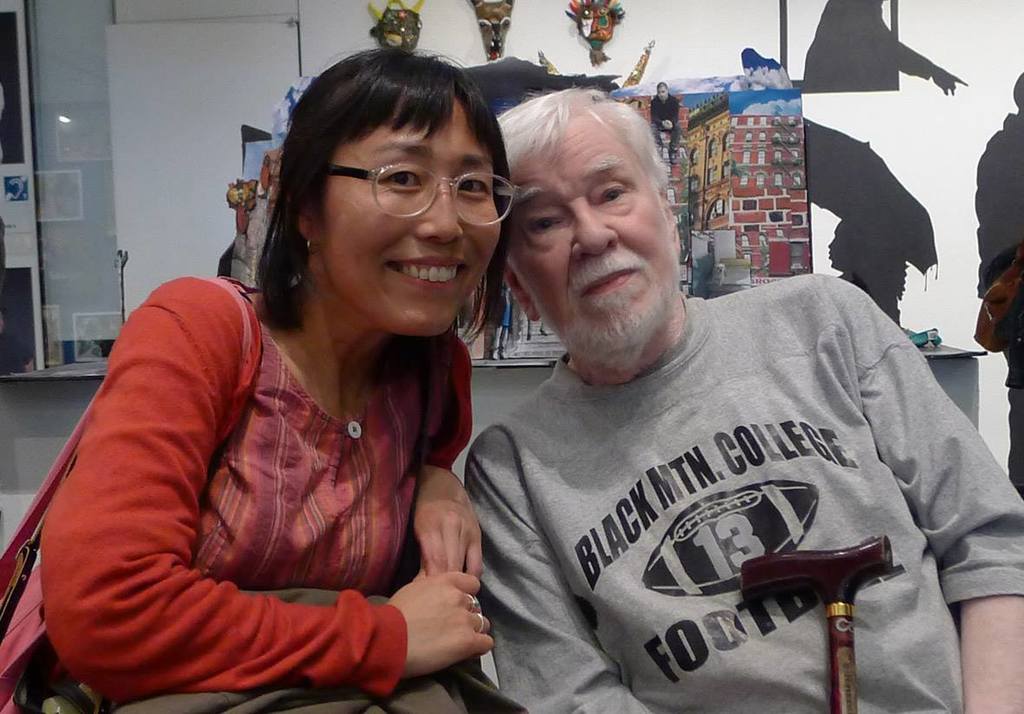 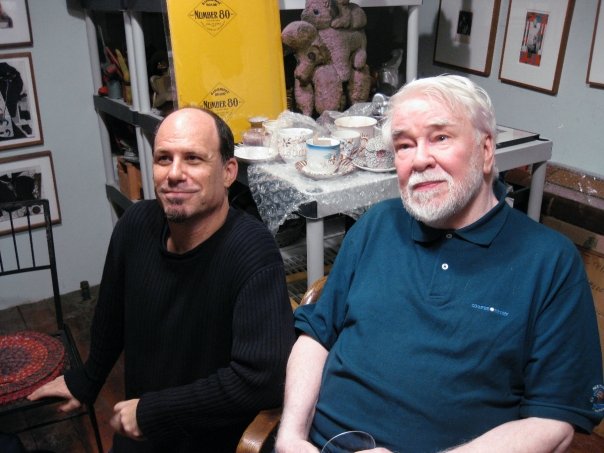 Sad news - Bill and I grew up across the river from each other and our families were connected since 1600s. It was Ray who first learned of the connection and brought us together. He was incredibly generous sending me a large box of Ray J postcards and note pads to hand out to workshop participants. I miss him!

This is a test video taken with a drugstore toy camera that shares Bill's fun side. Ray needed to subtract his consciousness from the Cosmos so that the Universe would no longer be Universe + Ray Johnson. The principle is clarified by a sentence from Henry Adams: "The universe that had formed him [Henry Adams] took shape in his mind as a reflection of his own unity, containing all forces except himself." Ray restored the unity of the universe by withdrawing his consciousness, that "rupture in the order of things." He had for decades meditated on stars and the sea, trying to matter to the stars, trying to belong with the water in the sea. William Blake expressed the hope of such an indweller of the Cosmos: "He became what he beheld." But that oneness didn't quite happen because of self-awareness. In the Cosmic Field, Ray was the impossibility of seamless unity. As Samuel Hoffenstein wrote, "Wherever I go,/ I go too,/ And spoil everything." Ray's friend May Wilson had once copied that poem, with a brash error, on a trash-basket in her son's bedroom.

Contrary to his plan to disappear, like a drop of water dropped into water, Ray did not dissolve or evaporate. His body washed ashore. But what of his consciousness? Although Norman Solomon and a few other people phoned me to describe the experiences of a drowning person, we can't know, yet we can follow some images of consciousness as a bubble on a stream. A cursory glimpse into the Internet yields: "We know that water bubble is born in water, sustained in water and ultimately merges in water. Similarly, man has come out this bliss, is sustained in bliss and ultimately merges in bliss" [sic].

No evidence links Ray with any particular philosophy or religion except a generalized Buddhism, but he had studied widely. Whenever he demonstrated proofs of his life-world, water was his axiomatic image. With his mind concentrating on water, with the hope that "he became what he beheld," he acted on his desire to become water. The logic of water has been worked out in some religions: "As pure water poured into pure water remains the same." "Water in water, fire in fire, ether in ether, no one can distinguish them…" Ray had been summoned by water long before I met him in 1956.

Ray answered the call for him to come home to water, and so to become fully immanent. That transcendental continuum I mentioned in paragraph one, and those ikonicities, were false. Because of similar false perceptions and conceptions, the number 13 is a snag, resisting the flowing stream of numerals. It is merely one example of the distortions of consciousness. Ray had often been at a place in his spiritual adventures where any consciousness is false consciousness, distracting from the unity of the Universe. The only way to overcome the false consciousness of himself, as well as lies about #13, was to overcome consciousness itself. The point at which the resistance of consciousness is overcome is precisely where the sublime begins. For Ray, his sublime began after he left room #247, when, at 7:15 or was it 7:51?, on Friday the 13th, he reached his point of no return, for him his point of resistancelessness. He had at last arrived at the drowning he had promised himself. He swam like an integer toward his continuum.