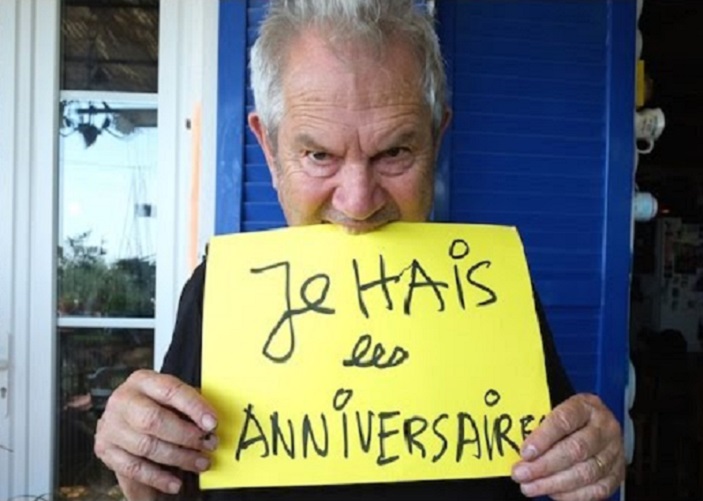 Collective International with the participation

Inaugurated Monday, December 21, 2015, at 18.00, the international exhibition "Add & Return" by Giovanni Bonanno entitled: "EIGHTY BEN VAUTIER" that Space Ophen Virtual Art Gallery of Salerno devoted to the French artist, in coinciding with the celebration of his eightieth birthday, offering an important exhibition with 102 artists of different nationalities at the same time to the retrospective at the Museum Tinguely in Basel, Switzerland.

Ben Vautier was born in Naples in 1935, he spent his youth in Naples, France, Turkey, Egypt, Greece and Switzerland, before moving permanently in Nice in 1949. He began his artistic career in the early fifties with a series of abstract works, then, in the early sixties share poetic Dadaist Marcel Duchamp. At the end of the Fifties it is in contact with the group of New Realists and the artists of the Ecole de Nice - César, Arman, Yves Klein. Around 62 'knows George Maciunas and approaches the neo-Dadaist Fluxus movement sharing the poetic and soon became a leading figure of this exciting artistic movement. Just in the 60 ', the French artist theorizes the concept "to change the art must change the ego," an aesthetic reflection, criticism and self-criticism conducted principally through its "work and (also) with the theoretical texts, the performances and lectures.

An "enfant terrible" that uses and appropriates all that is; from now on, Vautier begin to sign anything and soon will arrive to a kind of painting in acrylic on funds blacks joining together writing childish drawings and comics. The Nineties are determined by a series of works dedicated to the contradiction and provocation developing the concept of "total art" as an act of creation that borders deliberately in life. In fact, with the written works the artist understands that the word is the center of his artistic research, an idea that has something to say and also doubt and reflection. Short phrases with a handwriting from childish and apparently elementary are essential to arouse in the viewer a kind of reflection, made all the more significant because it entered in the circuit of official art; the artist's gesture and his signature, are fundamental to making any important action banal and usual as writing. A scripture from the stretch very naive, deprived by the elegance and physicality. A thought "apparently without limits that always positions on chance, on the ridge of the complete elimination of the dangerous values", as rightly suggests Georges Braque: "We must always have two ideas, one to destroy the other." Certainly, that Ben is the poetic infamous "friction and reflection" in which words, aphorisms, written, metaphors, apparently meaningless phrases, push us to question our certainties that in a moment can turn into ashes. 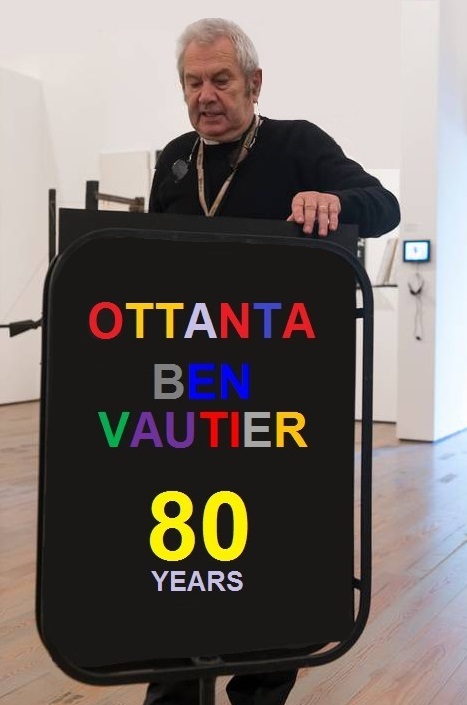