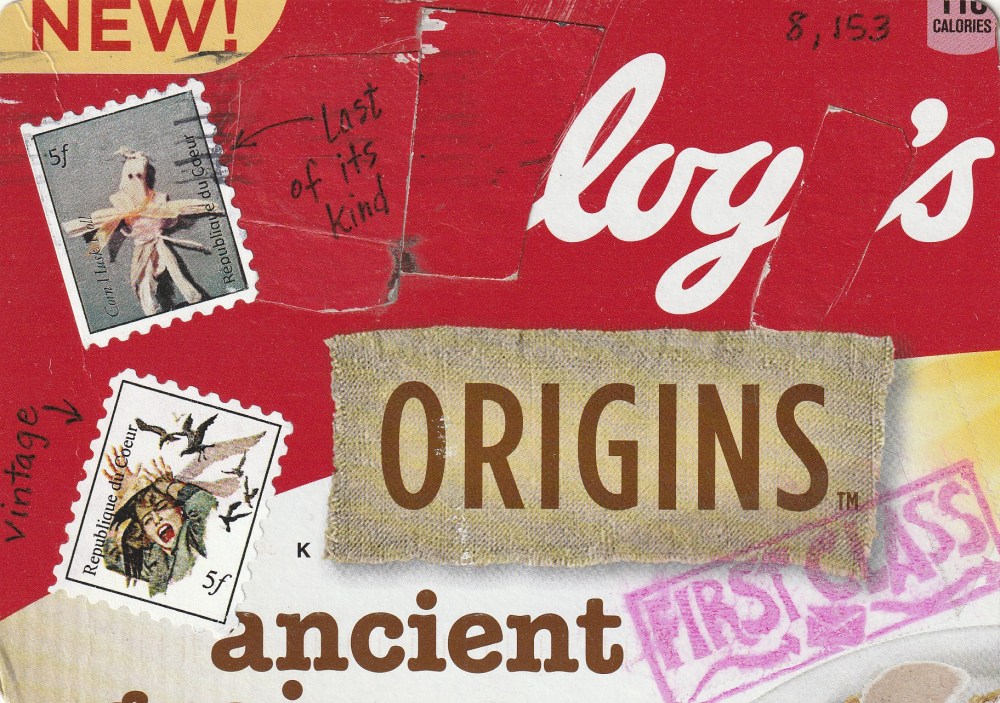 April 9, 2019 - I am thrilled to see art by Thom Courcelle circulating in the Eternal Network again after a lengthy absence. I am even more thrilled that some of his wonderful work found its way to me.

I believe Thom Courcelle is a wonderfully inventive & talented artist generally. He is also one who has earned the designation Legend of Trashpo fairly & squarely. Thom Courcelle was part of the extraordinarily hard working & deeply creative group that launched Trashpo & made it a network phenom. His friendship & regard for Diane Keys made him an early & devout Kulter.

Mail art is intense & time consuming. No matter how much artists love the network, it is not uncommon for them to take breaks often due to life’s changing demands. Some never return. The best we can ever do is be understanding, helpful & let people follow their individual paths & evolution. But it’s always great when someone, especially someone much beloved like Thom Courcelle, returns. I hope he can manage to stay connected because he brings so much to all of us.

I'm so glad people like Thom's work and maybe some old friends recognize him. Here are a few earlier Thom Courcelle klassics. His Liam Tra (mail art backwards) was a bit of a sensation.