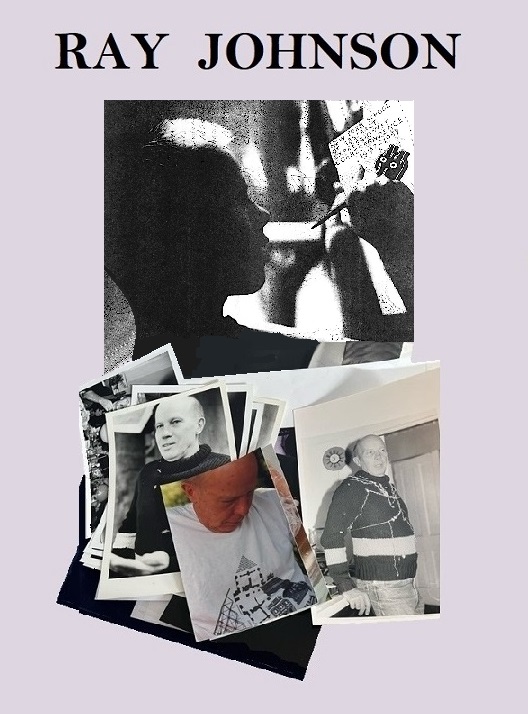 Sandro Bongiani Contemporary Art is pleased to inaugurate at the same time as the 59th International Biennale of Venice 2022 the solo exhibition entitled: "Ray Johnson, Sustainable Marginal Relations / One" curated by Sandro Bongiani with original works still unpublished from the collection of 'Coco Gordon Archive of Colorado (USA). A collaboration between Ray Johnson and Coco Gordon lasted over twenty years of contacts and assiduous frequencies, from the 70s to 1995, the year of his death, actively collaborating together in interesting creative exchanges that in our opinion it was necessary to make known.

60 years after the birth of Mail Art (1962) and exactly 50 years (1972) from the first and perhaps only exhibition in Italy and in Europe by Ray Johnson at the Galleria Schwarz in Milan by Arturo Schwarz, with a presentation by Henry Martin , an important event by the American artist returns to Italy with 160 original works including graphic elaborations, projects, photos of the artist, performances and still unpublished texts collected over more than twenty years of collaborations between Ray Johnson and Coco Gordon, now present in the 'Coco Gordon Archive of Colorado (USA) and with 24 “add to & return” works as an appendix of various periods of work created by artists who had participated in the innovative experience of the New York Correspondence Art School.

A wide-ranging investigation of Ray Johnson, considered by critics in the 1960s to be "the most famous unknown artist in New York and a pioneer of performance and the use of written language in visual art. A practice based on the contamination between collage, photography, drawing, performance and written text supported by post. He said “I simply had to accept that for a life necessity I wrote a lot of letters and gave away a lot of material and information, and it was my compulsion. And as I did it, it became history. It's my CV, it's my biography, it's my story, it's my life ". His projects include conceptually elaborate performances that dealt with interpersonal relationships and formal unrest. According to Coco Gordon, “his works are never single settling operations of mail art, but are born from small stories, from encounters with other people, from spontaneous relationships and reflections capable of triggering new contributions and new actions to creative thinking”.

Ray, did not like being called a mail artist so much, but he thought he could create a new "Pre Pop Shop" working group between Black Mountain and Pop Art. According to him, art is life, after all, even the word "Moticos" used very often it derives from the word osmotic, a specific quality characterized by a mutual influence, an exchange between individuals, an interpenetration of ideas, attitudes and cultural realities, in short, a new way of thinking in a decidedly fluid and evolving process that reveals itself in a timely manner by examining the writings and performative actions "Zen Nothings" carried out by the American artist. Today, 27 years after his death, his experimental work from the 1960s onwards is considered by critics to be an integral part of the Fluxus movement and even an original forerunner of American Pop Art.

After this important event, about 500 works in the Gordon Collection in Colorado (USA) will be cataloged and will soon be officially made visible online, in a stable manner for dissemination and consultation purposes at the web startup "Sandro Bongiani Arte Contemporanea" in Salerno. , https://www.sandrobongianivrspace.it/ for appropriate studies and insights into the innovative work done by this important American pre-pop artist.

Born on October 16, 1927 in Detroit, Michigan, his early life included sporadic lectures at the Detroit Art Institute and a summer at Ox-Bow School in Saugatuck, Michigan. In 1945, Johnson left Detroit to attend progressive Black Mountain College in North Carolina. During his three years on the program, he studied with a number of artists, including Josef Albers, Jacob Lawrence, John Cage, and Willem de Kooning. Moving to New York in 1949, Johnson befriends Robert Rauschenberg and Jasper Johns, developing an idiosyncratic form of Pop Art. Over the following decades, Johnson became increasingly engaged in performance and Zen philosophy, merging artistic practice with life. On January 13, 1995, Johnson committed suicide by jumping off a bridge in Sag Harbor, New York, then swimming in the sea and drowning. In 2002, a documentary on the artist's life called How to Draw a Bunny, makes us understand his research work. Today, his works are found in the collections of the National Gallery of Art in Washington, D.C., the Museum of Modern Art in New York, the Walker Art Center in Minneapolis, and the Los Angeles County Museum of Art.

Thanks to the Coco Gordon Archive of Colorado (USA), for allowing the realization of this important European event on Ray Johnson.