In 2 days I am heading north again and will be in Reykjavik for a few days before flying up to the Langaness peninsula in the far north east of Iceland. Internet connections permitting I hope to be doing a daily blog, join me if you will.

You need to be a member of Rod Summers Iceland 2010 to add comments!

Comment by Mirjam Blekkenhorst on July 4, 2010 at 9:07pm
Looking forward allready ;-) We'll order lots of Northern lights and tonns of snow!!! And yes, now I even are getting excited, a Holland Germany match on it's way...

Comment by Katerina Nikoltsou (MomKat) on July 4, 2010 at 8:36pm
Yes, yes..more photos, Rod.
Iceland is full of wonder...and at New Year
you'll see the Northern Lights?
Good to see you are back home,
just in time to see Holland beat Germany
in the World Cup? ;-)

Comment by Rod Summers / VEC on July 4, 2010 at 8:14pm
Yes, Here I am back in Maastricht... where it is HOT. I'm still sorting the 700+ photos and many short videos I took .
We are already planning our next visit to Iceland which will probably be New Year on the sheep farm.
Thanks again to those who followed my visit to the land of Ice and Fire. Let me know here if you would like to see more photos.

Comment by Katerina Nikoltsou (MomKat) on June 30, 2010 at 9:54am
KALO TAXIDI, Rod,
have a good trip home.
Beautiful flowers as the glaciers melt!
'Guess global warming is NOT a myth!

Comment by Rod Summers on June 29, 2010 at 10:21pm
The effects of global warming; whatever the cause, are clearly visible in Reykjavik. When I first started coming here 29 years ago there was the occasional red currant bush or rhubarb patch but barely a blade of grass or a flower to be seen and gardening was certainly out of the question because of the short growing season. In the countryside alpine conditions suit herbs like Thyme. Now many of the houses around town have a small garden filled with floral colour and people are starting to experiment with beans and other fast growing vegetables. There are even flowers growing up through the cracks in the pavement. 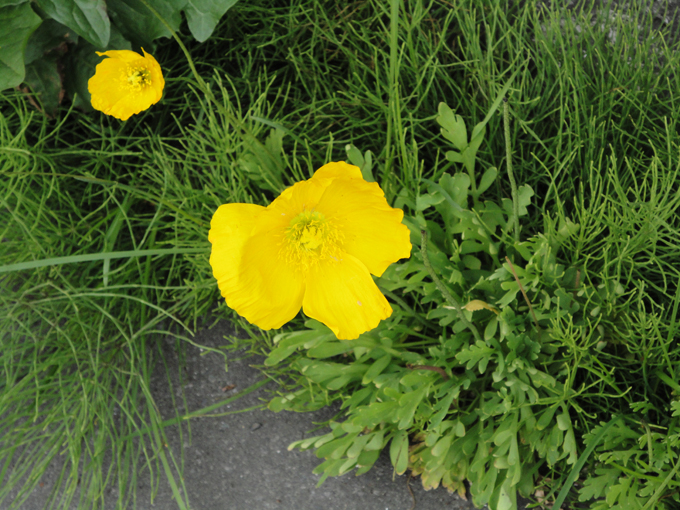 This is my last report for this trip, as soon as I have uploaded the blog I will close down the computer and I won’t be back on line until tomorrow evening when I am back at home in Maastricht. My thanks to those who have been following my travels and who have been kind enough to leave encouraging comments, they were much appreciated. A special thanks to Ruud for making this blog possible.
Two shots I made today on the street where the apartment I stay in is located, the first shot is of the unfinished hotel at the end of the street and one with the red tower that used to be a brewery: 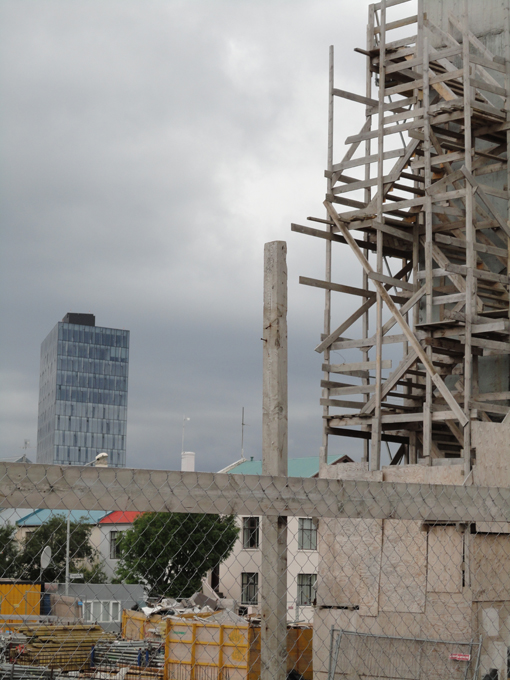 I have to rise at 4AM to get the bus that takes me out to Keflavik and the flight which leaves at 6.55. I’ll be back in the Netherlands at around 1 in the afternoon as it is a 3 hour flight and there is a 2 hour time difference between here and there. Then three more hours in the train to get me home in the city I love to live in.
Bye, or as they say here “Bless-bless.”

Comment by Katerina Nikoltsou (MomKat) on June 29, 2010 at 10:04am
Beautiful photos, Rod! Look at those clouds...they do look like volcanic eruptions! But then, what burst of vivd colors from those flowers! You have made Iceland very appealing...what a great trip! I have been talking ‘art’ all day which indicates this trip is just about over. Two galleries and three artists... no make that four artists. Gathering information on Icelandic artists for a proposed event in the city of Roermond. The galleries were wonderfully helpful and I have a mass of names and email addresses to hand over to the curator who will now have to sift through them all and make decisions as to what will make an interesting exhibition. The artists I spoke to were equally positive and agreed in principle to participate if invited. The names I have gathered cover the complete spectrum of contemporary fine art and the finest artists in Iceland. 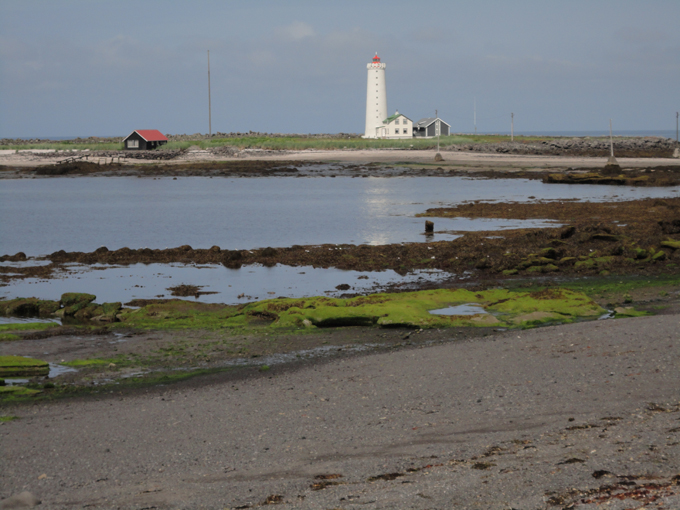 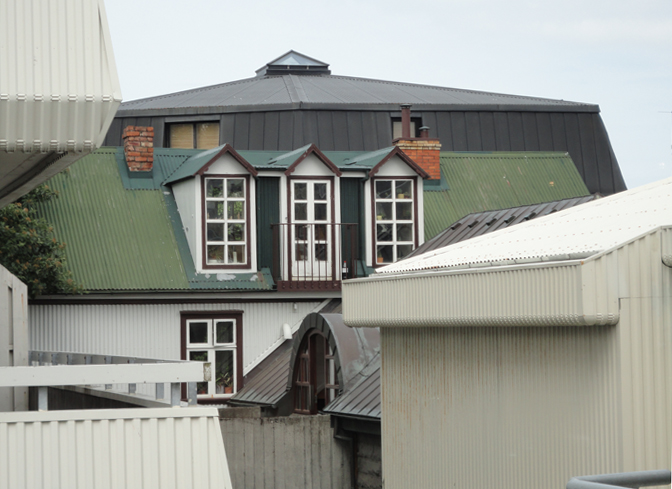 Whilst downtown I bought the debut CD from Pascal Pinon to add to my collection of Icelandic music, Saevar played me the CD during our long drive, like much of the music made here it is difficult to classify.
Tomorrow I have to pack up, clean up and buy a few presents. Comment by Rod Summers on June 28, 2010 at 1:32am
Today has been a day of strange clouds, clouds that more like smoke than water vapour and as I drove with Dalli and Ati around the south coast it often appeared as though every volcano, and there are many, was erupting. Sunday, a day to visit graves and remember the dead, and there are many, many who are no longer amongst us, smoke like clouds made me remember them. 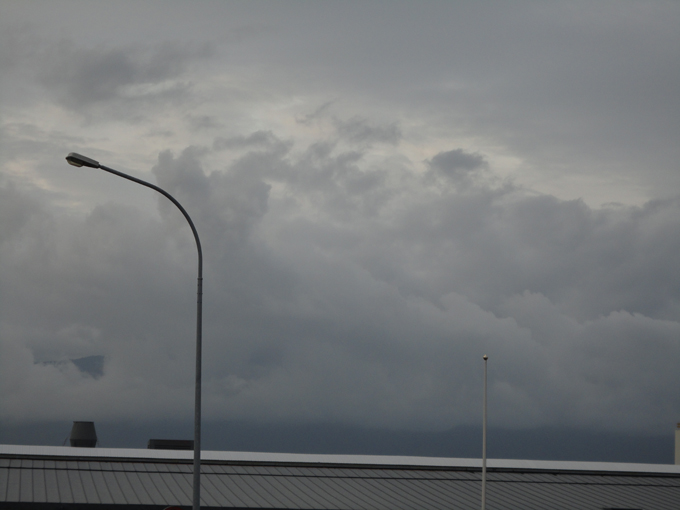 Yet it was a good day, though not a good day for photographs, there was a lot of ash in the air which reduced Iceland’s normally crisp light to a dull uniform grey. We drove up and over the high volcano dotted heath that separates Reykjavik from the rest of southern Iceland, 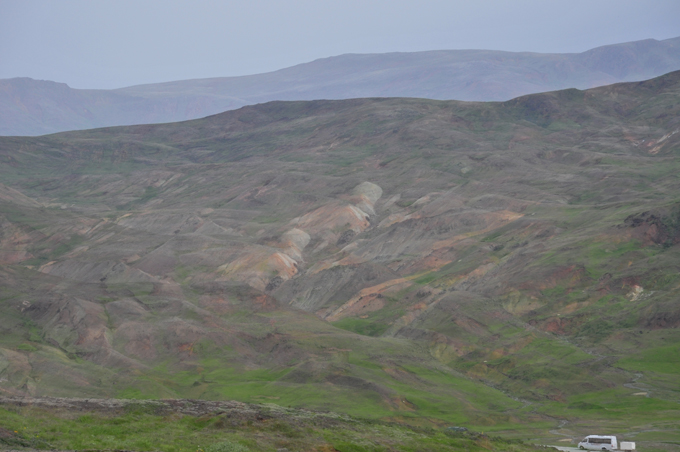 stopping occasionally to visit a church or a farmers market then on into Selfoss, passed a confluence of rivers and up into the national park of Þingvellir where the first parliaments were held back in Viking days and which is riven by a great rift.
I took some portraits of Dalli who has become a political activist since the collapse of the economy. Then back home before popping out to dinner with Sif and Nokkvi. Early to bed tonight I have a day of meetings tomorrow. 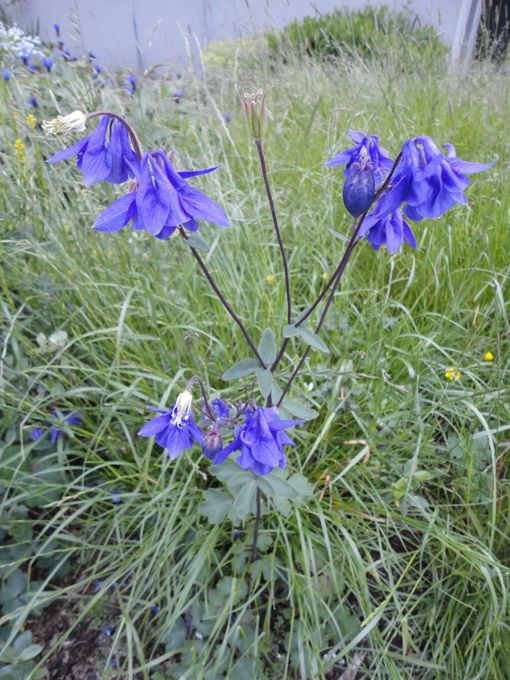 You are right Mirjam! No hat and just a T-shirt under my jacket... I think it is what is known as acclimatisation! 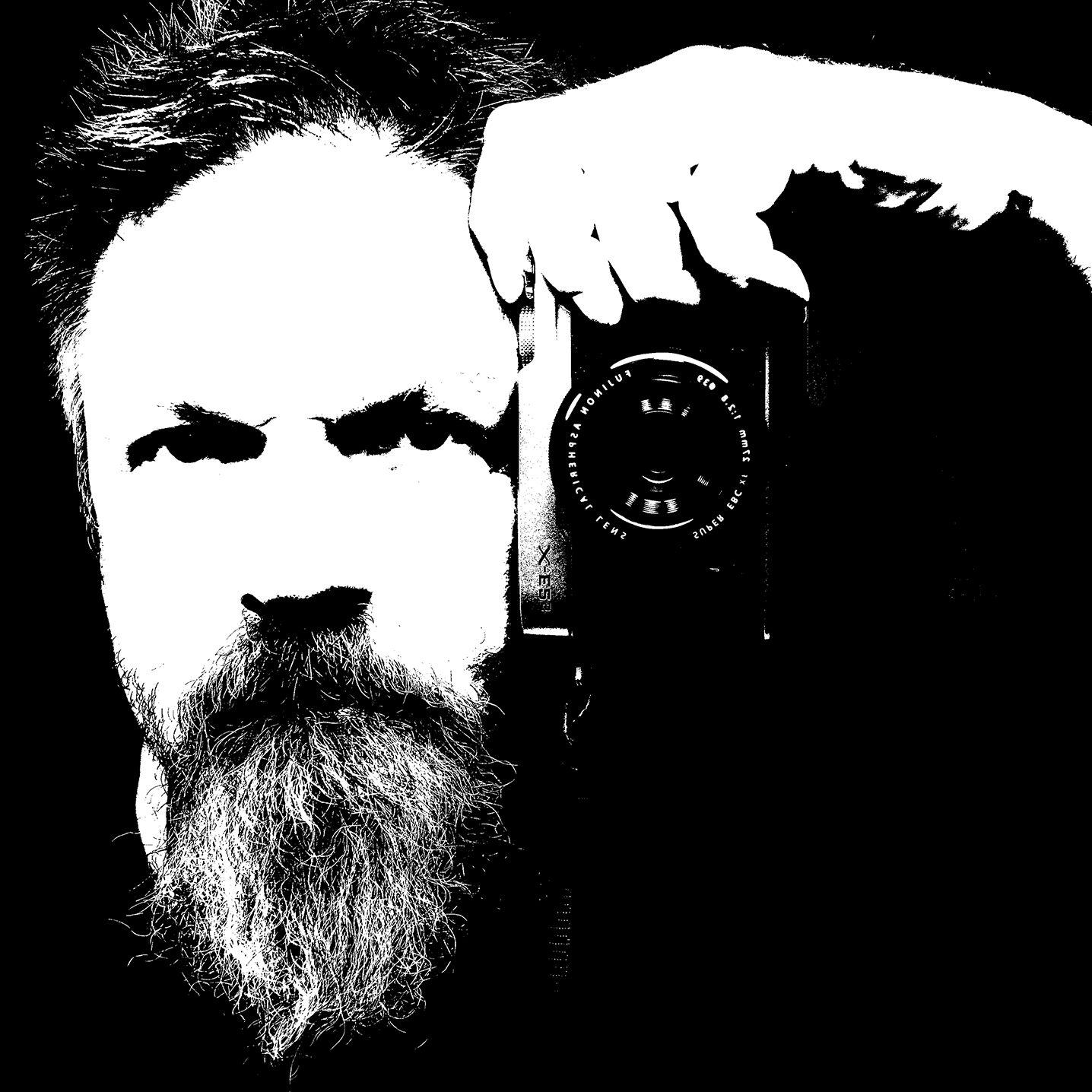