Hello Friends and mail artist from the world,

Do you mail art as art or as movement?
Ok, i know, we are not in the sixties and fluxus is not more an insider joke of nothing more as things happening because we meeting us at some point.

Following mail artist from France required our solidarity.
Please copy, distribute, pass on and help him.
I am wondering that from Germany mail artists i am hearing nothing about his case.

Enclosed you find an translation made by human being from french about his case i received today, 14. December 2008 from him.

I paid little attention to this business, although from then on I had the telephone number of the Director. I do not have time to confer with him on the issue, I was working for nine months developing the First International Festival of Email-Art of my village: The famous «Rencontres de l'Art Postal» (blog : http://montratier.canalblog.com).

A few days before the inauguration of this festival, I received an notice insisting I present myself to the Gendarmerie of Castelnau-Montratier because of a "file related to me". I go there, and they end up interviewing me, within the framework of a preliminary investigation, on the behalf of people who do not have the decency, to introduce themselves (I later learned I was summoned by the "Brigade of Search of the Gendarmerie of Cahors".). First, they asked me questions about my professional life, they showed my postcards (under court seal) and tell me that someone filed a complaint against me using the article 227-24 of the New Penal code, which stipulates that - the simple act of making, traveling with or transporting, and promoting by any ways a message with a violent or pornographic content or with the intention of hurting human dignity can be punishable with 3 years in jail and 500 000 euros when the message can be seen by an underage person."

I answered : "the mailbox is managed by an adult, the postman and the other employees are also - and the same goes for the recipient."

And my interrogator countered with: "Yes, but imagine that the postman has your cards in his hand, that they happen to fall, and then suddenly a minor appears who happens upon them. This is likely to happen."

I was genuinely speechless.

In the same context, imagine a flying saucer full of aliens flying above the mailbox to take the postcard and send it to a kindergarten. It seems just as likely.

They keep questioning me, over and over again. They want to know everything about my private life and my girlfriends. They ask me if I'm sane and they also asked me if I'm a freemason who has attained "perfect self-control".

Then, they left me with a "democratic" choice between going to jail or a search warrant.

What a mistake! After messing up my apartment, they took my computer, my loyal iMac, all my professional contacts - all ready to inflate their case against me.

Life goes on. I succeeded in organizing the festival, thanks to the unexpectedly kind assistance of the many villagers and their neighbors. My sincere thanks to those kind people, but the challenges have been driving me to take sedatives.


The Festival's schedule, the list of arts, the guest list (among them guests from as far away as Belgrade), everything is in the seized computer.

On the morning of the 15, twenty minutes before the opening of the festival, two local police came to visit the show (without buying a ticket), to undoubtedly check the morality of this one.

Despite all these adventures, the event took place and had a degree of success. One could only imagine what could have been the real success without these obstacles and distractions. But my organization, the RGBD (“Rue des Graphismes et de la Bande Dessinée"), will not lose money.

The festival closed on July 20th, and after that I relaxed a little. On August 26th, I saw my laywer Maître Baduel of the Bar of Paris, We decided on a system of defense, and the counter-attack was launched.

It is clear that all the procedures of the local police were completely abusive and illegal. Everything in this business is ludicrous: abusive use of an article of the New Penal code (originally the article wasn’t created for this purpose), abusive procedure, and violations of my private life. Moreover, the state answered to journalists that “the investigation continues”. But an investigation on what? The complaint was deposited against me using the article 227-24, the authorities have the postcards, they know the context (german show) and the culprit (me). Or, there is an investigation on something else, the abuses I received, maybe?

Step by step, the story was broadcast, first in the local press (thanks to Florian Moutafian from the French newspaper “La dépêche du midi”), regionally (“L’echo”), nationally with the articles of L.L de Mars in “CQFD” and Agnes Giard (blog of the newspaper “Liberation”). The international press followed (“the New Yorker”, “El Universal” in Mexico, etc). “France Info” will interview us little later. A blog of artistic support, penned by various political cartoonists was also created (in French : http://soutienpissier.canalblog.com/).

I don’t believe it’s necessary to give up, even if the situation seems incredible in a “so-called” democracy. And sometimes I wonder how they can even call our system democratic

A Committee of Support has been started for those interested :

Presently, we need to bring the maximum amount of attention to this story in the sincere hope that with enough voices behind us, this case may be dismissed.

Thank you for support and for reading this lengthy story!

(American translation for USA made by Children of the Star and the Snake, december 2008).

Permalink Reply by Ruud Janssen on December 17, 2008 at 7:14am
Thanks for posting this here. I suggest a lawyer should look into this. For sending out such cards I don't know a law that could cause such a fine. It is just unbelievable.

Permalink Reply by Ruud Janssen on December 18, 2008 at 7:37am
Philippe Pissier is now also a member of the IUOMA platform, so you can communicate directly to him too! 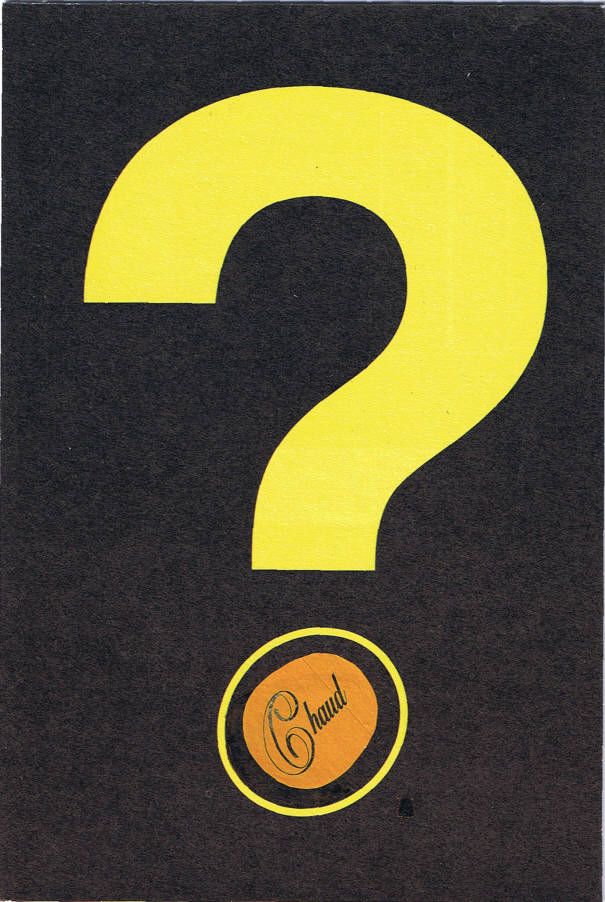 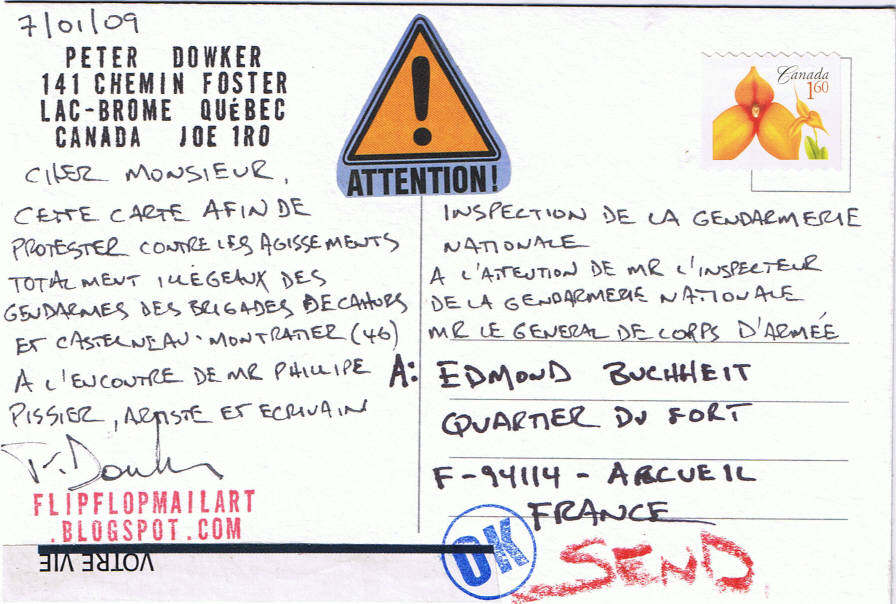 I prepared this card from information I came across on DoDoDaDa before finding this discussion. I hope I'm not misinformed and that it's going in the right direction (even though it's not the same direction)

Enclosed you find a similar image, why Philippe get his trouble with french justice.