I took some step-by-step photos of my painting/drawing process for Mailart piece #017. I thought I'd share them here. 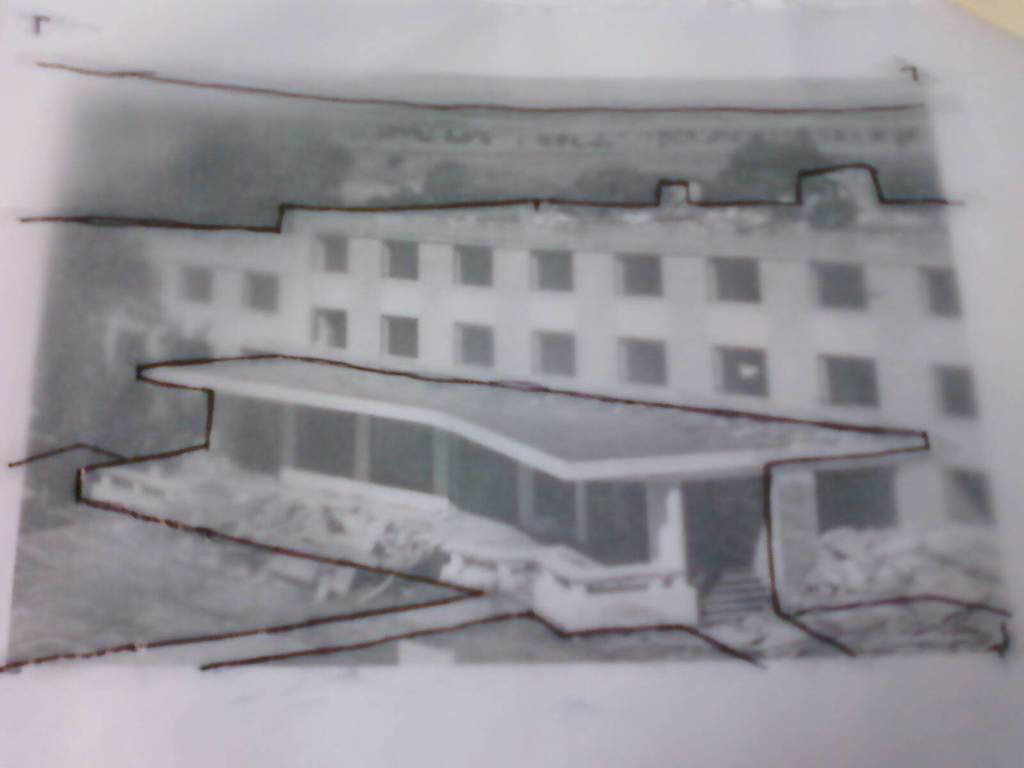 I started with tracing paper over a photo. I knew I wanted three different colors: a pale brown, a darker brown, and blue for the sky. I drew the borderlines that would delineate each area. 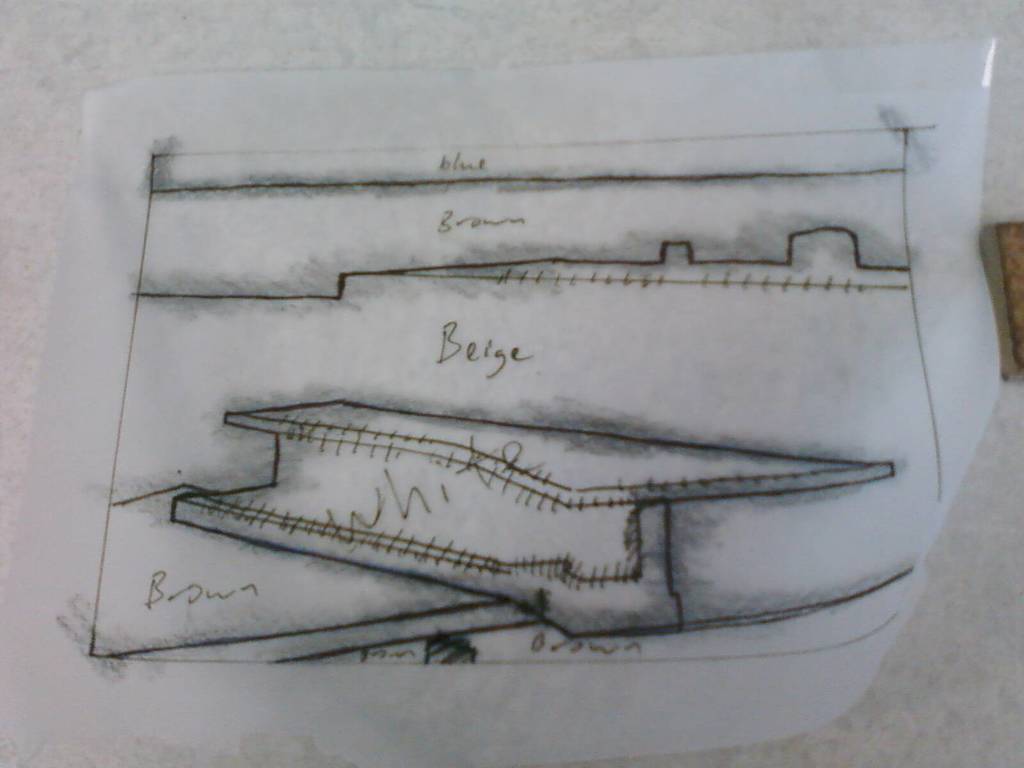 I scribbled on the back of the trace to give me something that would make marks on my watercolor paper and the mask. 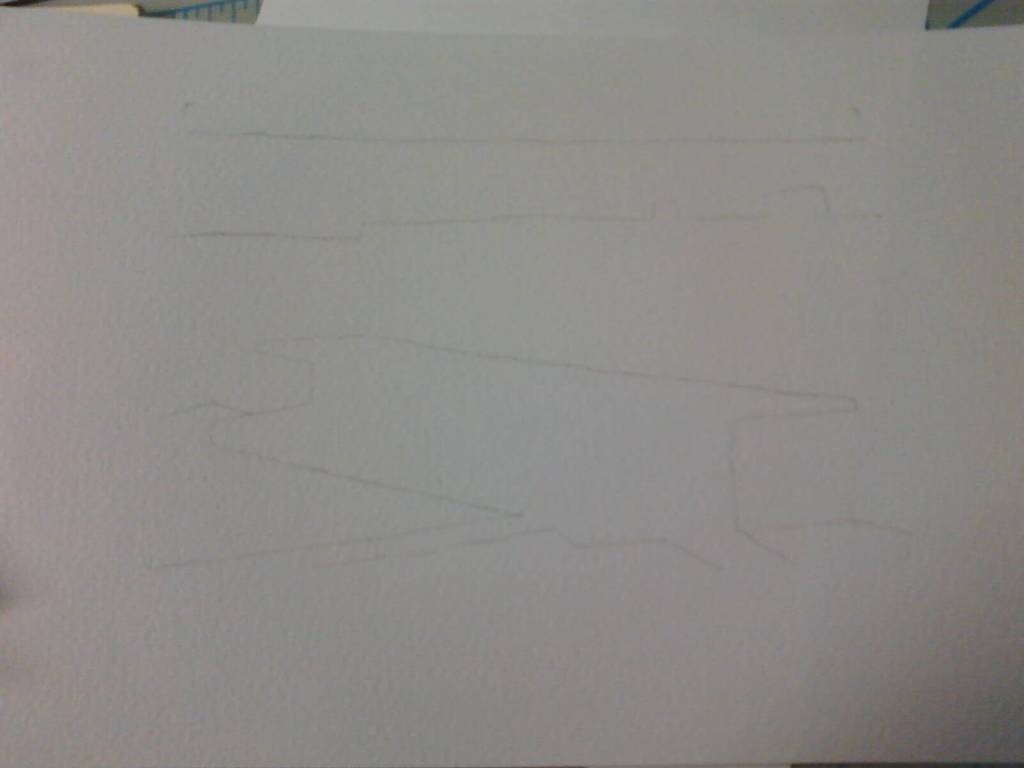 I transferred the lines first to the paper... ...then to the mask. It's just strips of masking tape overlapping each other. Masks cut out with an Xacto and applied to the paper. Rather than trying to mix a brown from my watercolor set, I just used coffee! I painted the sky first, then the dark brown. 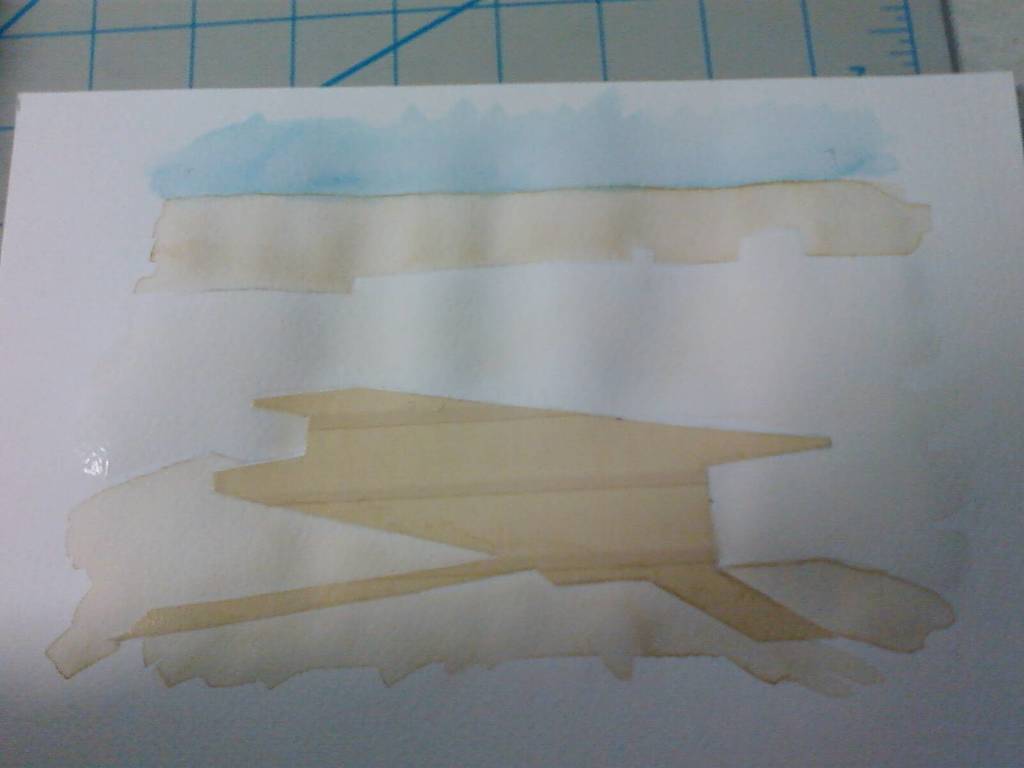 Removing the mask gave me a sharp edge where the lighter brown meets the hills in the distance. Painted in the lighter brown... ...then removed the final mask to reveal white paper where the porch and paths would be. I tried to draw everything using just shading, only drawing lines where they clearly appeared in the photo. Adding color: greens to the lawn and background, blue to the porch roof, red to the porch itself (it was tiled with terra-cotta in real life). More green to show trees in the background. 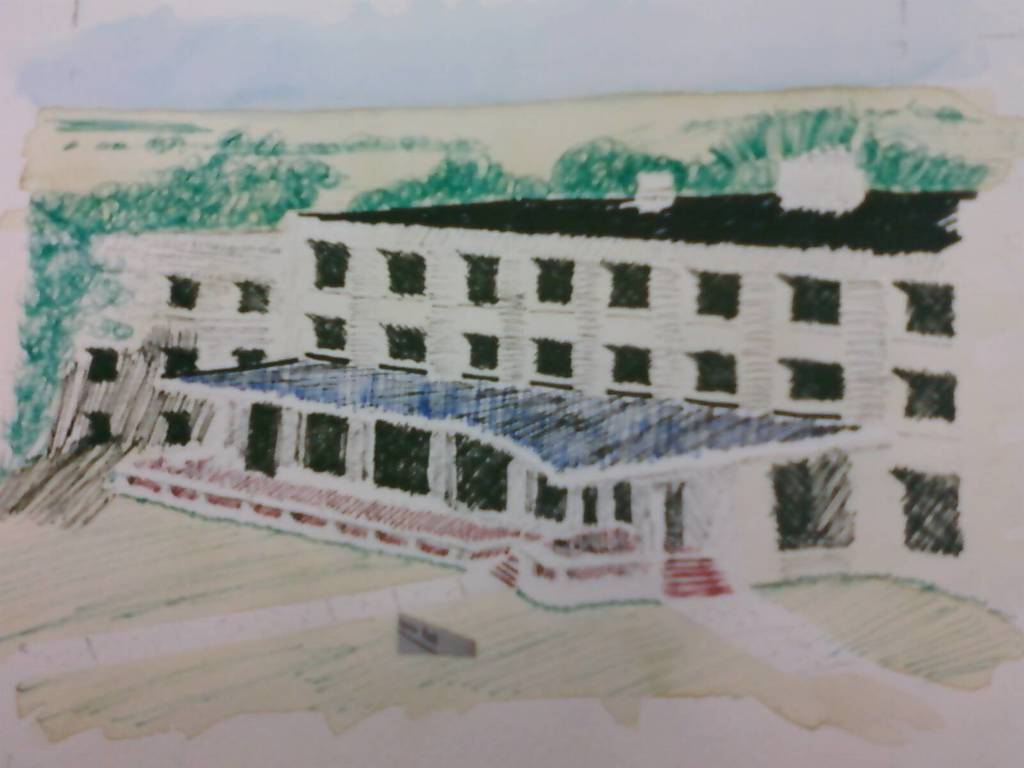 The final touch, a photo of the real Agnew Hall sign collaged in. The final version was cropped closer than this.

so many techniques excellently done!  it's fascinating to see how a piece is realised. thank you for this inside glimpse.