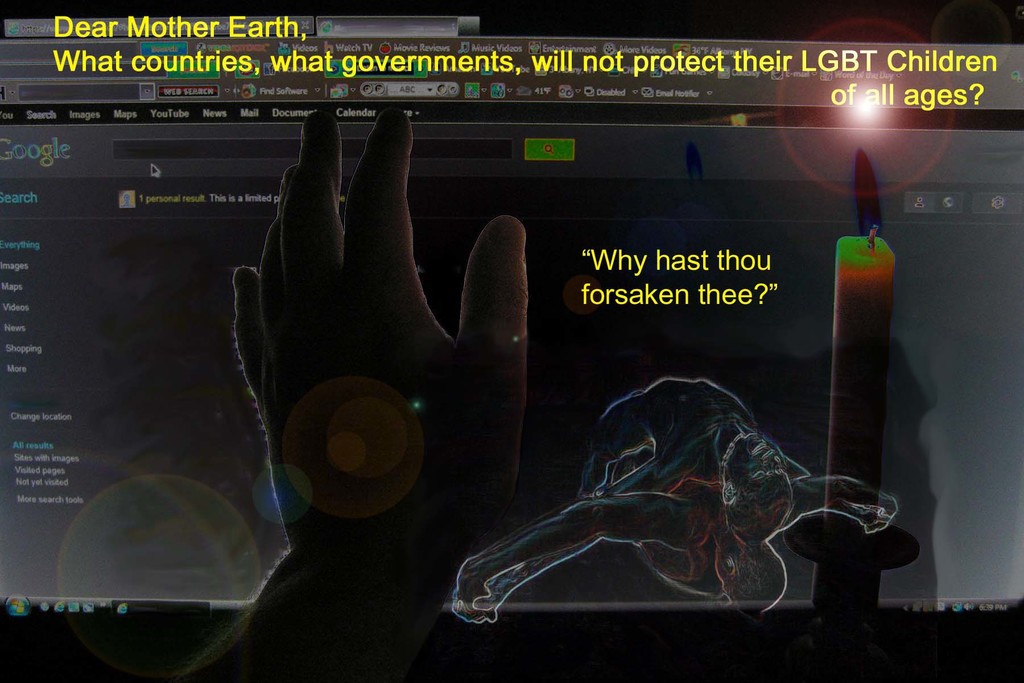 Tired of global abuses against LGBT people?
Please consider sending/posting a
postcard.
http://www.artpostcard.com/postcard/1027_803245/postcard-for-humani...
Or feel free to right click on image(s) on this page, & choose "save as".

Further details can still be found at:
http://postcardtoputin.weebly.com/

In the Fall of 2013 this page was begun as a way of expressing solidarity with
the LGBT People of Russia. The SOCHI 2014 Olympics are over but unfortunately international oppression of LGBT folks remains prevalent. The impetus to encourage others to fight such oppression has been building for quite some time. Recently I came across an email I sent to IGLHRC, The International Gay & Lesbian Human Rights Campaign, http://iglhrc.org/ in regards to a case against Tionge Chimbalanga Kachepa and Steven Monjeza Soko , two men in Africa.

Sent: Sunday, May 23, 2010 11:27 AM
To: mmbaru@iglhrc.org
Cc: mferreyra@iglhrc.org; iglhrc@iglhrc.org
Subject: For Tionge Chimbalanga Kachepa and Steven Monjeza Soko
Dear IGLHRC:
In 2007 I released a Google video, "Mercy, Mercy, Mercy" documenting the international laws against homosexuality. Three years later I wrote this essay as a different take on the same subject matter as a way of sharing in the International Day Against Homophobia, May 17, 2010.

(The link to the 2007 Video, "Mercy, Mercy, Mercy" now on YouTube can be found here: http://youtu.be/9twPWRsuQ8I with the following statement:

"But what can one person do?," is a question so many of us ask ourselves when faced with atrocities in the world. The artist, Stephen Mead, is no exception, and with this film he attempts giving witness to some of those atrocities, attempts to give them a voice. Woven like a thread of hope amid images of torture and hate crimes victims, are digitally re-conceived reels of whirling dervishes and Buddhist monks. The message of the film is stark, but also one which recognizes what solace is in the words: keeping faith.)

Pre-internet days I recall writing Letters for Prisoners of Conscience given via Amnesty International, http://www.amnesty.org/ , and organization as vital as ever.

Other useful links to Organizations attempting to help people internationally are:
http://www.petertatchellfoundation.org/
http://english.irqr.net/

So, please send or re-post a postcard. It only take a few minutes and shows others around the world they have not been forgotten. It is important to bear witness, to be aware, and hopefully one day a web page such as this can be viewed as an historical artifact since all citizens of this planet will ultimately have evolved to take care of one another and the earth.

Slings and Arrows: "Postcard for Humanity" gets its first criticism (I'm surprised it's taken this long)

"Sure Stephen Mead, just start sending post-cards... Try starting with Katya Zigheil(sp?), a leading hunter of gays, and let us know how that goes..."

Thank you for your constructive criticism. It was from feelings of rage and despair which I created the postcard(s), and of course I know the whole concept is akin to shedding a tear of rage over an inferno of futility. Googling the words "International Day Against Homophobia and Transphobia", I've come across over 34 pages leading to links of various people and organizations who have attempted taking a stand against this particular form of brutality. That gives pause for hope. If you checked out my weebly page you will see that in addition to Amnesty International I provided links to vital organizations such as The International Gay & Lesbian Human Rights Campaign, http://iglhrc.org, and the Peter Tatchell foundation, http://www.petertatchellfoundation.org/, and I imagine they have days when they feel like giving up too.

I've written to close to a thousand of these organizations and people, and received perhaps ten personal responses, thus I certainly know how my "Postcard for Humanity" campaign is an excersie in futility. I knew it before I began and certainly before I came across your comment.

My point is this: I feel if one person of the lgbt community who is being persecuted, might see this postcard out there somewhere... perhaps that person will feel less isolated and hopeless, at least for one more moment of the day. To my critics like you I say: I am not a god who created hatred, brutality and persecution, nor do I have the power to stop these things, nor am I rich, famous or have global political clout. I am just a human being trying to "do no harm", and let my heart and soul guide me into not remaining silent in the face of the atrocities in the world.

Meanwhile, Sandy, in regards to Katya Zigheil(sp?), a leading hunter of gays, and the zillion other heinous creeps on this planet, please enlighten me as to what exactly are your plans to put an end to the genocidal violence that flourishes despite what we may or may not do?