As most IUOMA members know, Ruud Janssen has had an ongoing Score of Fluxus Words since September 1988 – that’s 23 years  ago!!! In celebration of September 1988 – a new word arrived for me to promote as a new word, determine its meaning and then to disseminate  WORLD WIDE! I need your help here – JOIN THE NEW GROUP!!! Its GOTIJ – MAN – and we’ve ALL GOTIJ – thanks to Ruud.

GOTIJ to be said in an excited tone with the intention to respond to said mail art. 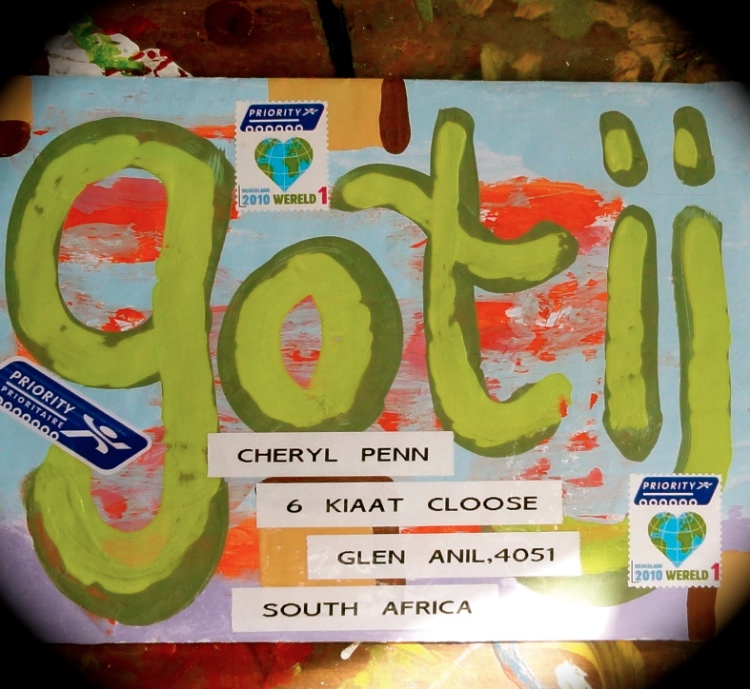 The new word came with a wonderful letter - I am not sure if its a word or not :-) - now that I have determined the meaning I MAY have a look see. 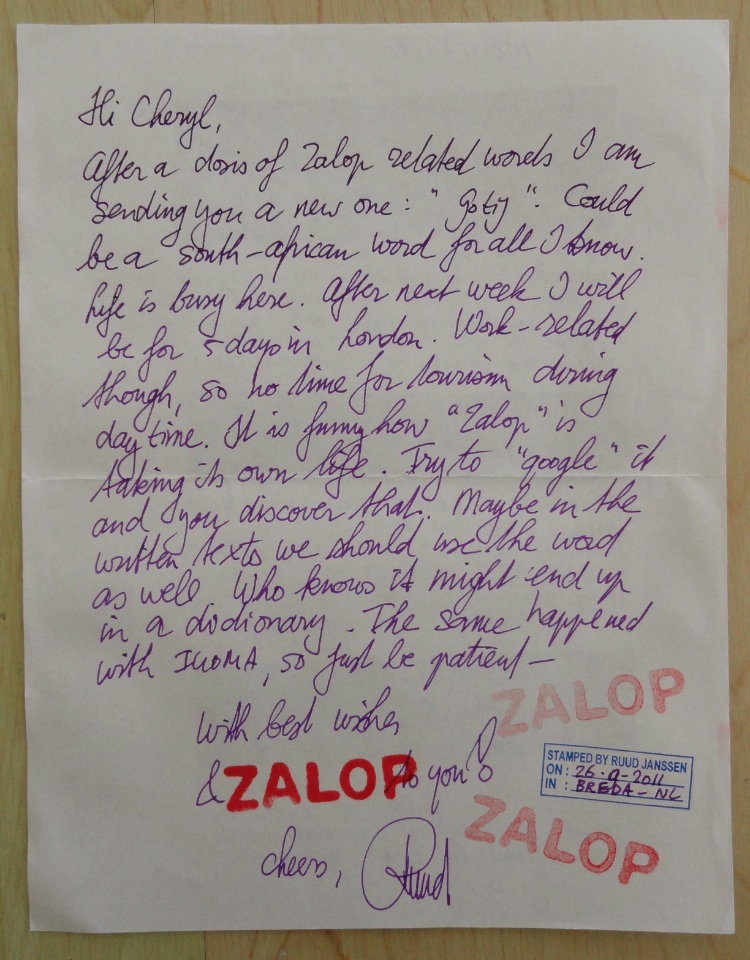 Again - anyone want a GOTIJ envelope??? Post me one and I am certain to send you one back. A particular tone of ZALOP The Action of Shaking ones head when giving the answer ZALOP.

In extreme circumstances arms may also be waved to emphasize meaning. Ruud, many thanks for the opportunity to engage in your Fluxus Word Score. And congratulations on the length of many of your on-going projects :-) X