From February 2019: Mail art from the legendary Richard C. I can't recall ever getting a serious piece of mail art from Mister Richard Canard, and that's fine with me! I enjoy his sense of humor.

For the "Dinah Shore / Dinosaur" poem, he cleverly situates a 2009 44 cent stamp (commemorating Ms. Shore's early television success) with a 2006 set of eight dinosaur stamps from the Republic of Kiribati (a sovereign state in Micronesia in the Pacific). From the looks of things, Dinah appears to be pleased -she's blowing a kiss in Richard's direction! 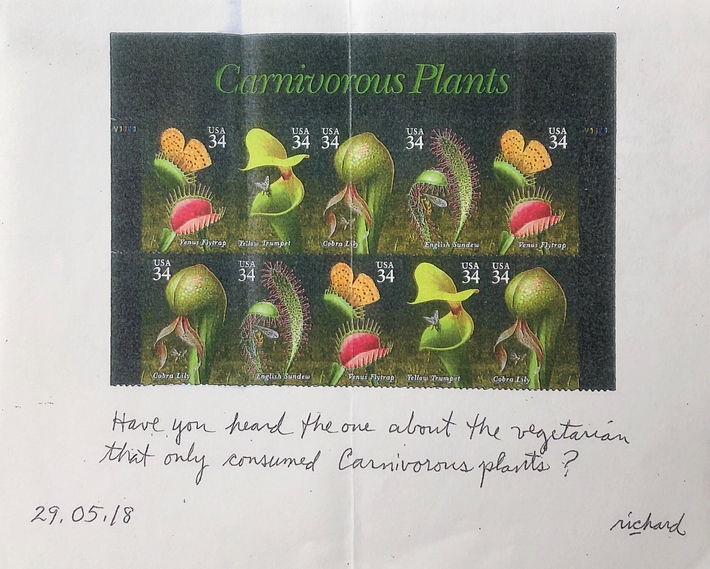 Another piece by Richard features half of the 2001 set of 20 Carnivorous Plants (34 cent). We are riddled with the following question: "Have you heard about the vegetarian that only consumed Carnivorous plants?" 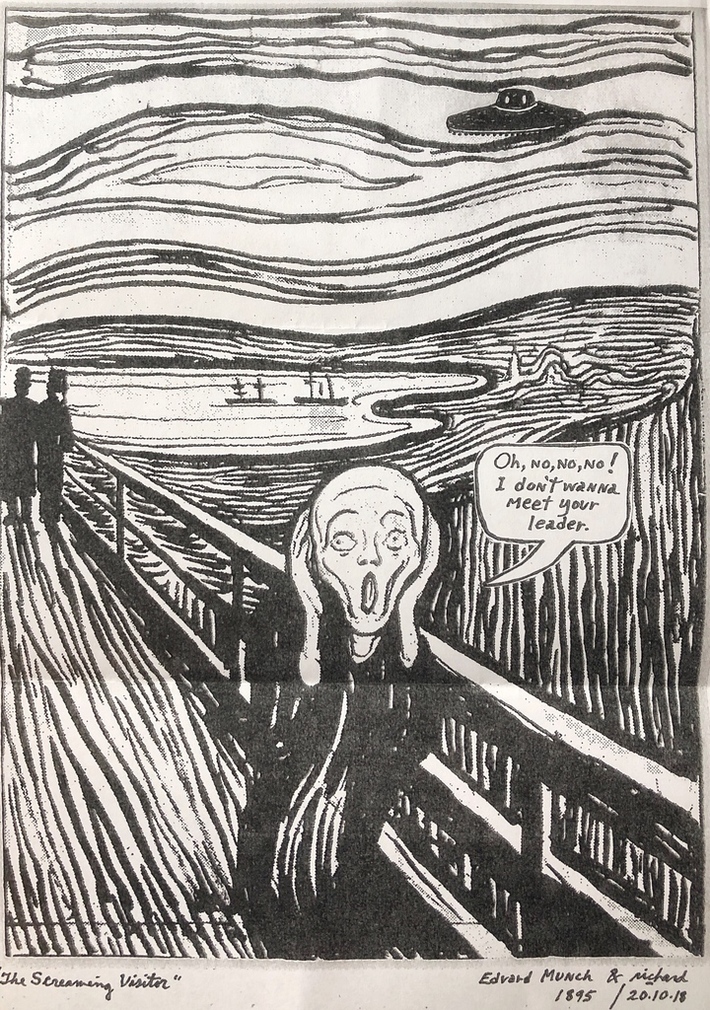 Thanks to Richard C.!