From Marie Wintzer - The Complete Series - A Line

I don’t think there is much that Marie has not covered about A Line in terms of definitions in this work.  I am VERY pleased to have received the full set.

Albert Einstein said that an attempt at visualizing the fourth dimension was like taking a point, stretching it into a line, curling it into a circle, twisting it into a sphere and punching through the sphere – welcome to another dimension – a world of beautiful photographs that come in full circle  - Marie’s Lines. 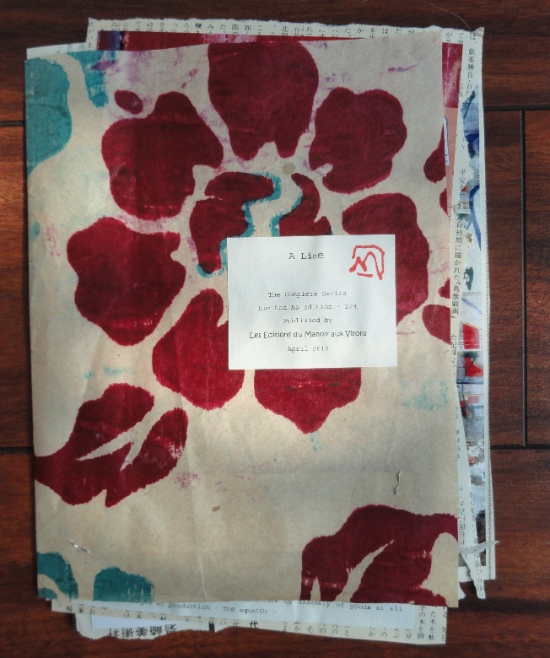 As I  could not think of any sort of line she has not covered I thought of tackling this from other sorts of lines?

How about this one?

By painting colors and lines and forms seen in quickened mood I was seeking to make this mood vibrate as a phonograph does. This was the origin of the paintings in The Frieze of Life.

Edvard Munch.  This seems very much to be the mood of Maries photographs. 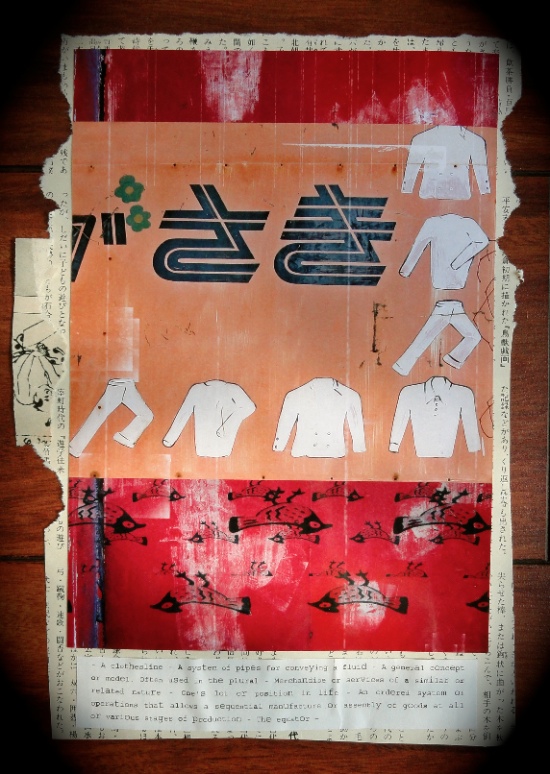 Paul Klee said that drawing is simply a line going for a walk.  Marie's lines are on track. 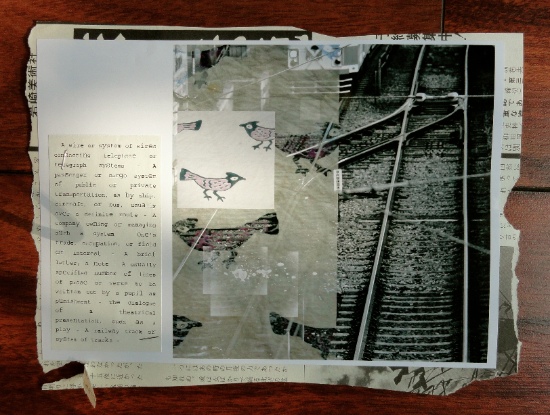 And here’s a goodie – men are governed by lines of intellect – women, by curves of emotion (James Joyce). Ok - I'm not standing in the line of fire for that one - its not my line... but I like the curves of emotion bit. 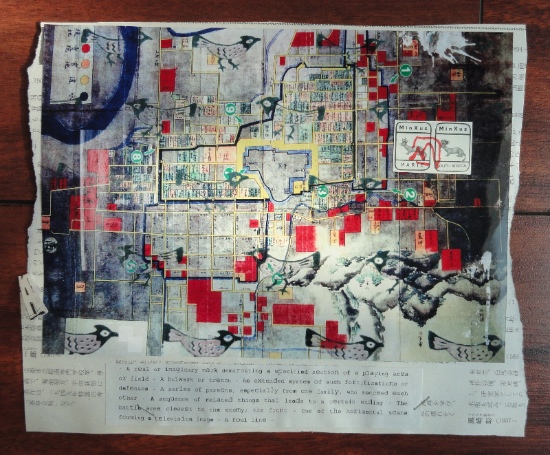 This is one of my favorite photographs of Marie's - its the visual language on text in knots - in a very physical sense.

I always know my lines. 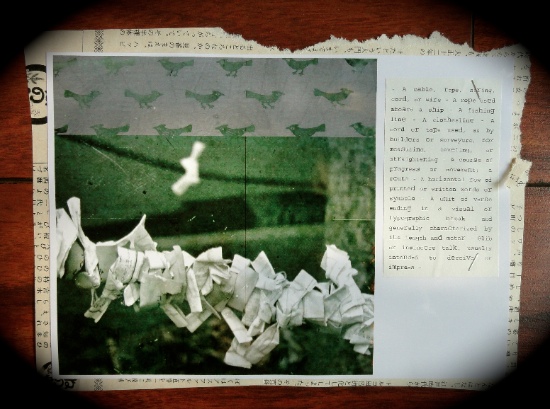 Sometimes I dread the truth of the lines I say. But the dread must never show.

And in conclusion, to celebrate the whimsical, ethereal nature of Marie’s work:

Life and death are one thread, the same line viewed from different sides. Lao Tzu 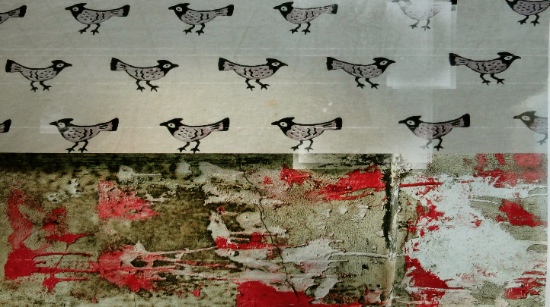 There's a fine line between fishing and just standing on the shore like an idiot.

If all the ways I have been along were marked on a map and joined up with a line, it might represent a minotaur.

I'm bored with that line. I never use it anymore. My new line is "In 15 minutes everybody will be famous."

Meant to say that the Steven Wright line in Cheryl's blog--"There's a fine line between fishing and just standing on the shore like an idiot"--is probably what pushed the blog to 5 stars. It's hilarious.

Did you!--Marie, the bookshops you get to haunt are the envy of many of us. That is such gorgeous paper, I will be absolutely thrilled if you make me something with it. Now that you said it, of course you have to, I'll be watching for it every day. :--}

Nancy, it's the nicest paper I have found here so far. At that old crumbling shop. I didn't understand much but I think it was used as a pattern for kimonos. I have to find a way to make something for you with it.

Dean, oh my, I completely forgot about that ridiculous toecutta thing ;-))) You know what you have to do. That's all I will say.

Oh, and that beautiful cover! Marie no doubt made that too, but how? Is it paper and ink/paint?

Morning Glory!  As everyone is congratulating Marie, I went to have another look at my version.  When I pulled it out of the envelope to have a look, something else fell out.  "What's this?", I asked myself 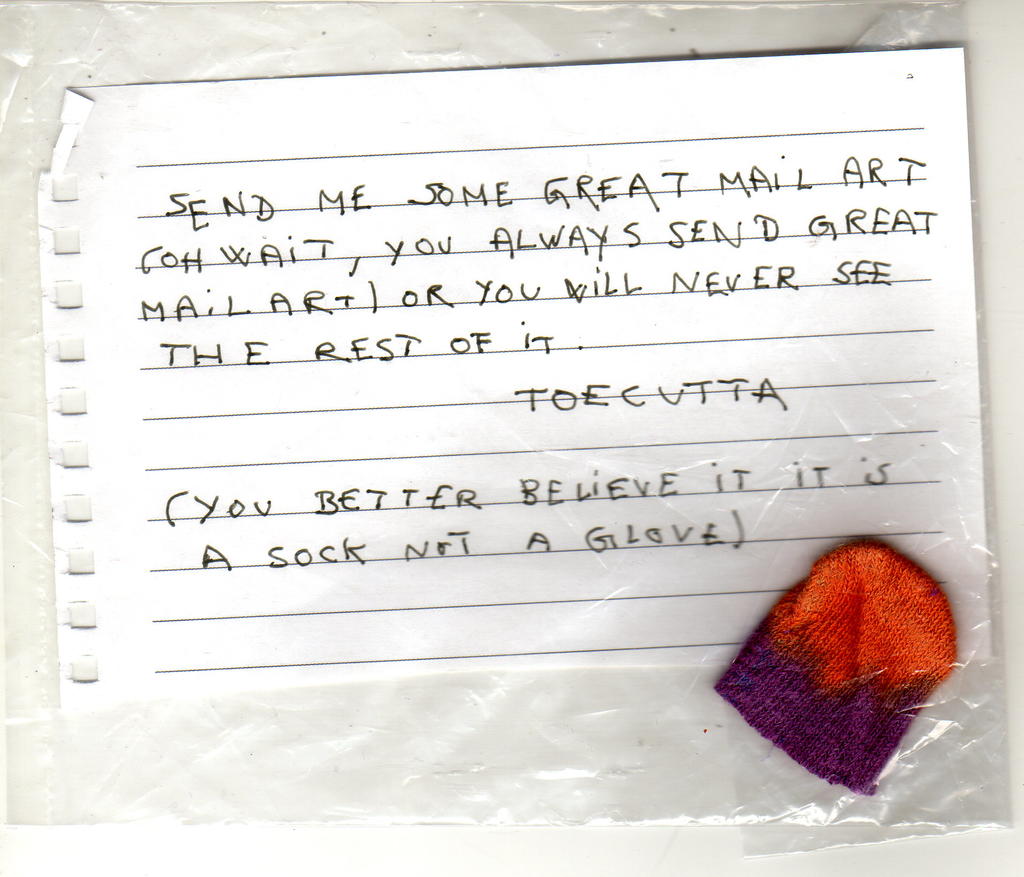 The dark side funny side of Marie after the pressure of serious art has gone.

Marie, you're too humble. This is an amazing series & TY to Cheryl for letting us see all the pieces together. I wish I had gotten it first - scooped again.

Thank you genkiiiiis! I didn't expect it to be SO well received, I'm very happy you like it!

bottom line, or something :-))

Cheryl, No more suger in your coffee!