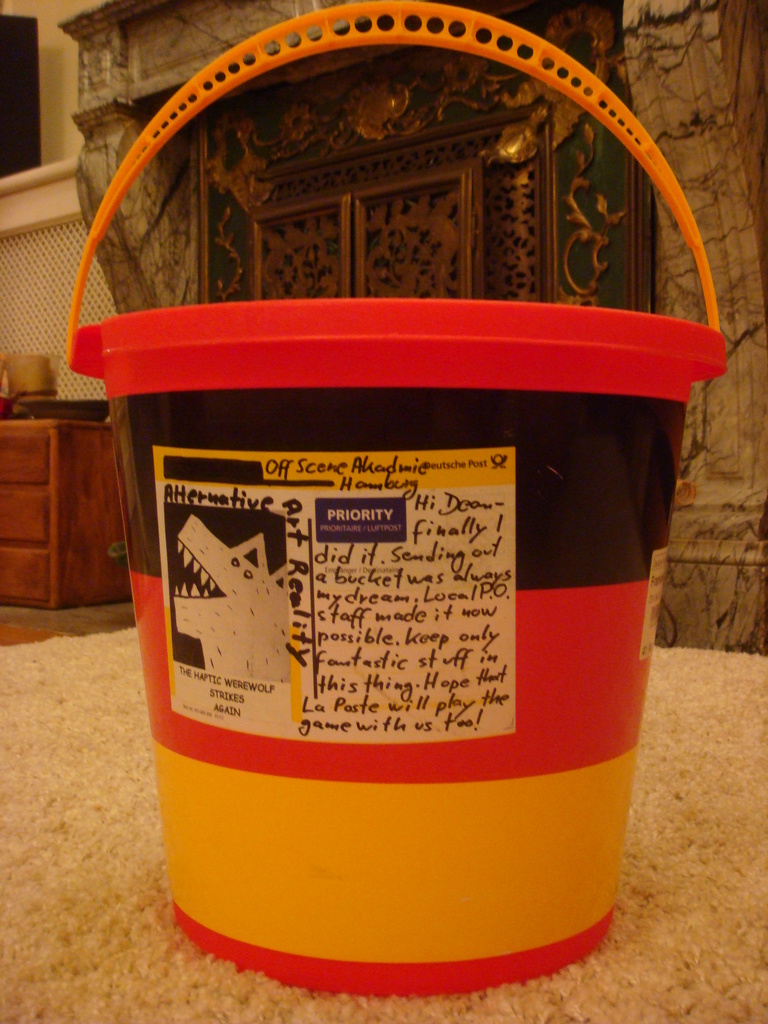 The bucket is in the true tricolours of the flag of Germany which consists of three equal horizontal bands displaying the national colours: black, red, and gold. (For you die hard artists, its actually Jet black, Traffic red, and Cadmium yellow.)

I take this as meaning;

Bravery for taking it to the post office and asking them to send it.

Generosity of buying a new bucket instead of finding one in the streets of Hamburg. 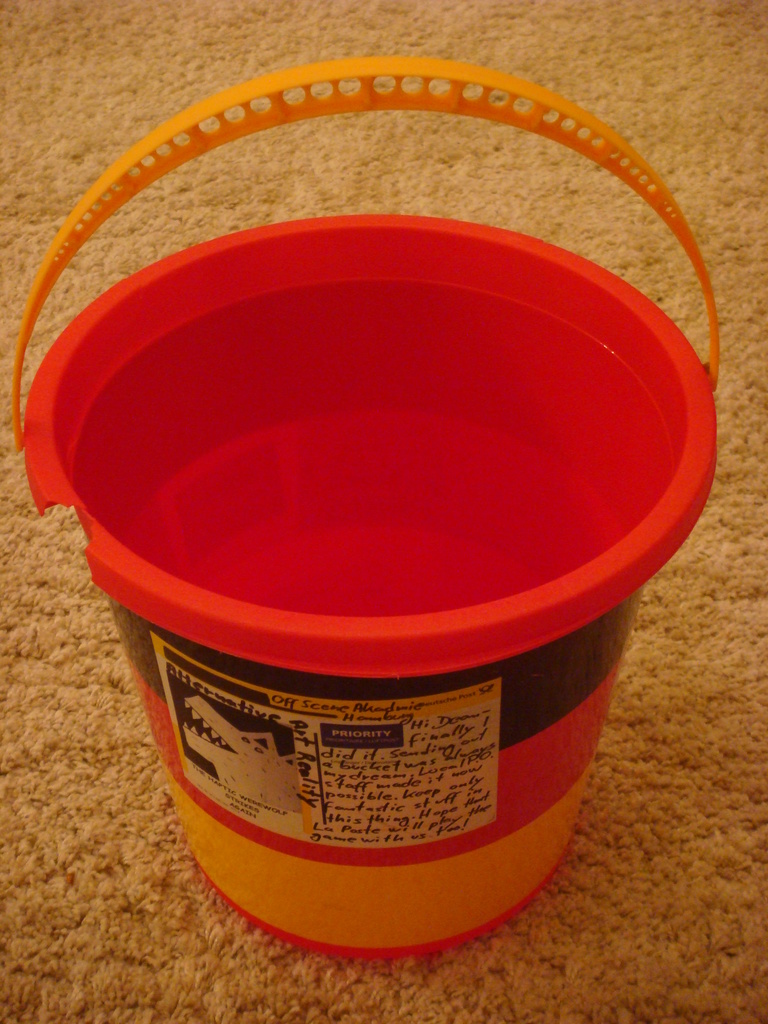 Thank you very much Erni. This has to be the ultimate test of the German & French postal system.  (Only a small part broken, but as erni & I agree, that is part of the show.) Where do we go from here?  Ah, I just got an idea … When I lived in Germany my landlady told me that the gold colour is also associated with the myth that the eagle can stare at the sun.  I tried it a few times, but gave up in the end. - And I save the bucket to put the fantastic stuff.

I just received this fun piece from Carina of Finland: Great, Erni!  I hadn't realised until now that 'Bucket Art' was a new genre. We live and learn here at IUOMA. Val

This has given me a fun image of Erni at the post in Germany and Dean's postal workers handing it on, carrying it by the handle. Oh to see them in action. What fun. Bravo to all involved!

piece of tin...ah, it was my one and only Daring-Dean-Dunk-and-Dash,

and perhaps it never arrived? sigh.

Must have been on the Haptic Werewolf's bucket list?

Amazing mail art...the post man must have laughed all the way to and from your place!!!

He should only see what YOU send out!

Any sign of a small pice of tin from Greece? :-(