I now have my FIRST EVER STUDIO....

Another third is going to be used for the restoration of antiques and old mirrors.

The third third is going to be a Flamenco Dance Studio.

(NO, I am NOT getting into Flamenco dancing. NO, I will not be posting photos of me tomorrow in a Suit of Lights, or, on October 15, of me in my Birthday Suit)

All IUOMA visitor(s to Sigean will be given a Free Conducted Tour of the Studio -- come back Janine! Come back Mail Art…

Grrrrrrrrrr! How can I be expected to send Mail Art to people who DON'T....

...provide a postal address in their Profile Information?

Not being psychic, I can't.

Grrrrrrrr! It's a drag having to ask people for their snail mail address. And/or dig around in their web-site to (try and) find it.

If y'all want some Mail Art then surely you're going to give your postal address?

The sun was shining and the Box looked really good.

There were 63 cards in and on the Box when the Exhibition started.

THANK YOU ONE AND ALL FOR PARTICIPATING! 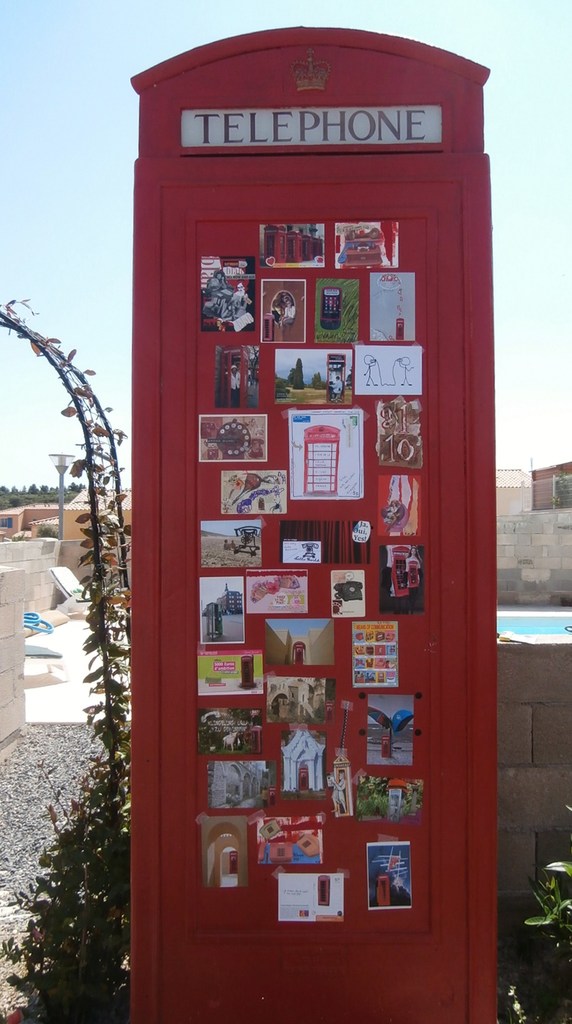 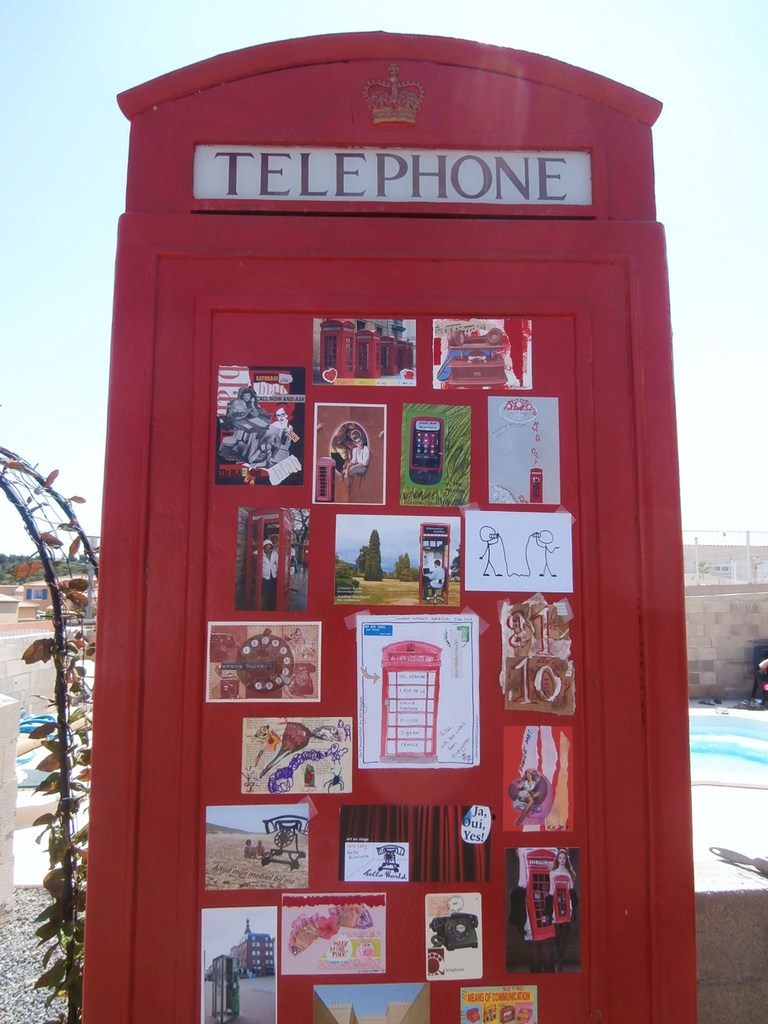 I feel obliged to reply, but -- as I'm sure you understand, there are certain standards of decency that must be maintained on this family-friendly site -- I have to be discreet.

Also, and please don't accuse me of being too polite but I'm not going to get…

(I thought that title would make you look at this!)

* Nico van Hoorn, for his postcards, one of which contains the instruction: 'Destroy this work and return it to...'. I'm still trying to work that one out, but will send a card or something back to Nico anyway

* Christine Jones, for her postcards and the Flood article. One of the cards, made by her friend Tricia Smout, a beautiful work of art, says "It is never too late to be what you might have been".…

Look what happens when you park a 2CV in Maastricht for a couple of hours and forget to put money in the parking meter:… 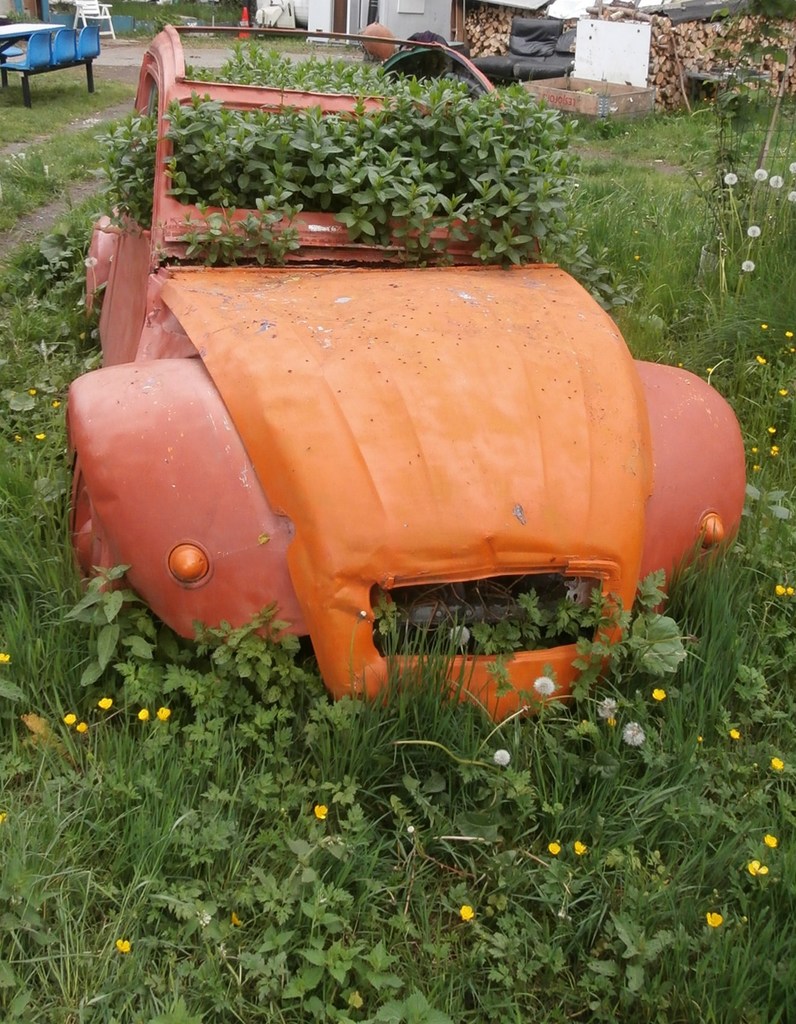 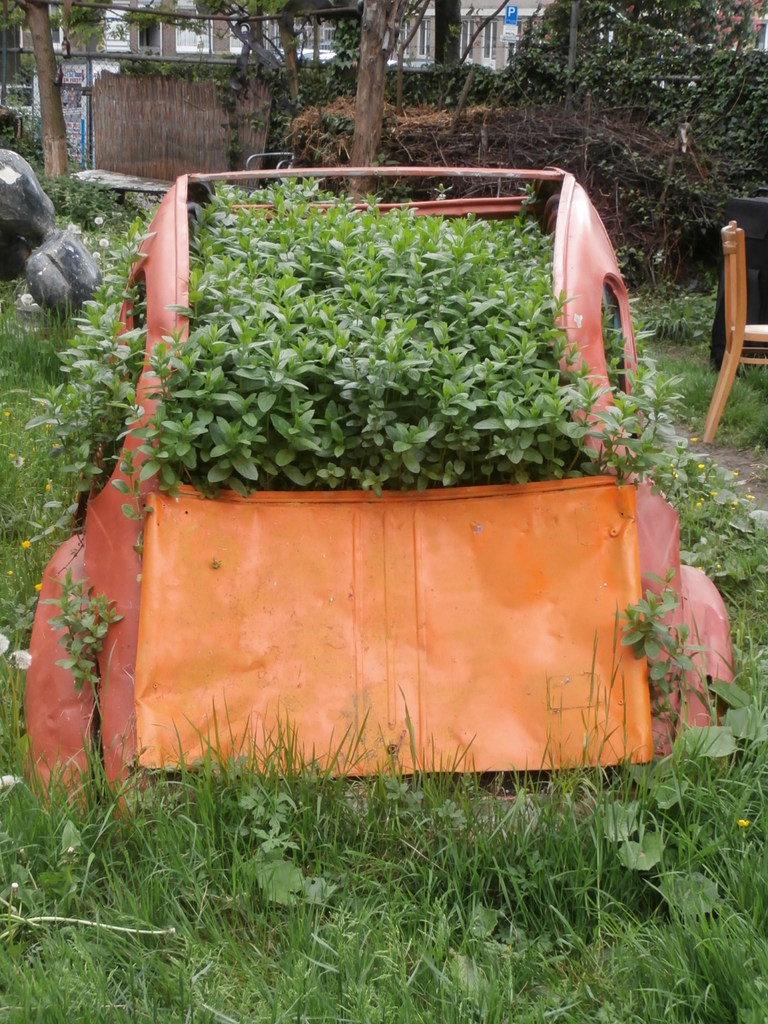 Or have I got that the wrong way round?

Try again: Rembrandt in the Rijksmuseum and SuusinMokkum & Val in O'Reilly's Bar.

The Polo Mint has recently been to Amsterdam. It was practically impossible to Polo Mint the newly-re-opened Rijksmuseum, but I did manage to take a few photos there.

And then went to meet up with Suus.

This is The End of the Danish  series of Polo Mint Adventures, with photos from the Ny Carlsberg Glyptotek Museum in Copenhagen.

The Museum is so called because there is a large bar on every floor that offers visitors unlimited amounts of free Carlsberg beer, and when you have drunken a lot your tummy begins to rumble to the tune of 'Glytotek' -- the Danish Eurovision Song Contest entry in 1997.

This Part of the Adventures begins with some Polo…

To Mrs Cheesey Potato* and many others, the COLLECTIVE THANK YOU continues.

Mrs Cheesey Potato lives just across the Impasse from me. This morning she gave me some Mail Art that I had received during my recent absence that would not fit in the Mail Box...and so I will continue with the Collective Thank You.

I will be mailing stuff to y'all when I have raised some money for stamps by disposing of my children. The Pawn Shop wouldn't take them, alas, and so I am forced to sell them. I can offer you a Special Mother's Day Three-for-Two price if anyone is…

This is getting embarrassing. This is another COLLECTIVE THANK YOU, because...

...I have been away again, this time for 10 days in Maastricht, the Netherlands, where I had a mini-exhibition of my Aboriginal-type art. (Photos of that follow later). When I got back home last night the mail box was stuffed full of goodies, and I just haven't got the time right now to send everyone an individual thank you, so here is a collective one.

I hope to be able to send all the people below some Mail Art back soon, but I will have to pawn the children so that I can get some…

This set of Adventures comes from Denmark.

At the Louisiana Museum there was an Exhibition called 'Pop Art Design' which was very good -- but not easy to Polo Mint.

(Go on...ask why a Museum in Denmark is called 'Louisiana'?) The Polo Mint Adventures Part 4: the National Gallery of Denmark

Bonjour Art Lovers of the World!

I have just come from back from Copenhagen where the Polo Mint Adventures continued.

To recap -- a Polo Mint is a small English sweet (very similiar to a Life Saver).

I visit Galleries and Museums, place a Polo Mint on or near an exhibit, take a photo of it, and then move on before I get…

A COLLECTIVE Thank You/Merci Beacoup to...

...the following people for the Great Mail Art they have kindly sent me (with apologies for this being collective, but I'll never get round to thank everyone individually and properly, so my excuses).....

......all of you who have sent me so many Post Cards for my forthcoming Exhibitions in the last week or so.

I'm falling way, way behind in individual acknowledgements which are now becoming almost impossible, so please forgive me for this collective one and THANK YOU/MERCI BEACOUP TO:

I've been away for a week or so, and am desperately trying to catch up with all sorts of things, especially to you kind folks who have sent me Post Cards for my Exhibitions in the last few days.

The response to date has been fantastic, in fact so great that this week I can no longer to send individual thank yous, so, just for once (I hope), here is a BIG & COLLECTIVE THANK YOU to:

I would like to join the trend that involves sending one "Thank you" message to lots of people, so here goes....

THANK YOU to all the people in the List below* who have sent me a Post Card for my forthcoming Exhibitions.

So if your name isn't on the list, then please…

FlippeR -- the Making of a Masterpiece

Let me introduce you to FlippeR.

I made him from bits and pieces I found on the beach the other day.

And then the following photos show how I made up this Masterpiece:…

The Lil Red Bag has arrived safely in Sigean.

This morning I took it to a newly opened Contemporary Art Galler. Lil Red Bag had a very good time and some of Lil's adventures are recorded below.

Lil's visit started with a meeting with a painted Sea Monster: Lil was a bit afraid, so to get her confidence back I introduced Lil to Evy's Big Black Torso…

This is the third and last episode -- for now -- about my Museum adventures with Polo Mints in the Netherlands.

Just in case you have forgotten what a Polo Mint looks like, here is one:

This episode invovles visits to two Museums -- the Limburgs Museum in Venlo and the National Museum of Ethnology in Leiden.

First to Venlo, by…

The Polo Mint Adventures, Part 2 -- from Charlotte to Christo

This is the 2nd of 3 installments in the Polo Mint Adventures.

Here's a Polo Mint, just to remind you of what this is all about -- placing a Polo Mint on a work of art in a Museum, and taking a photo of it -- while trying not to get thrown out of the museum (as happend to me in Bilbao and St Jacques de Compostelle.