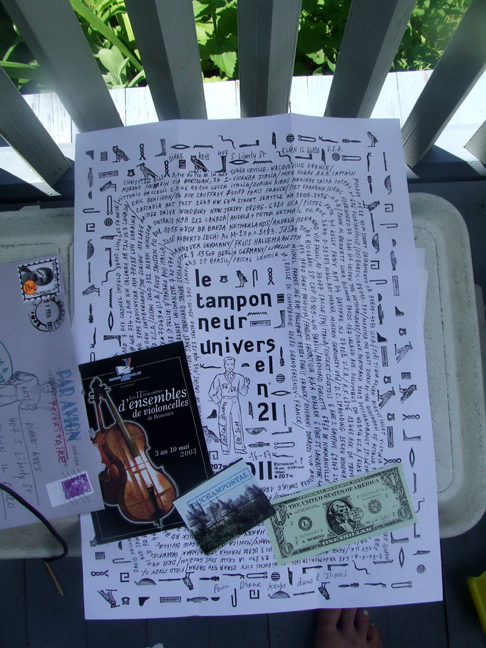 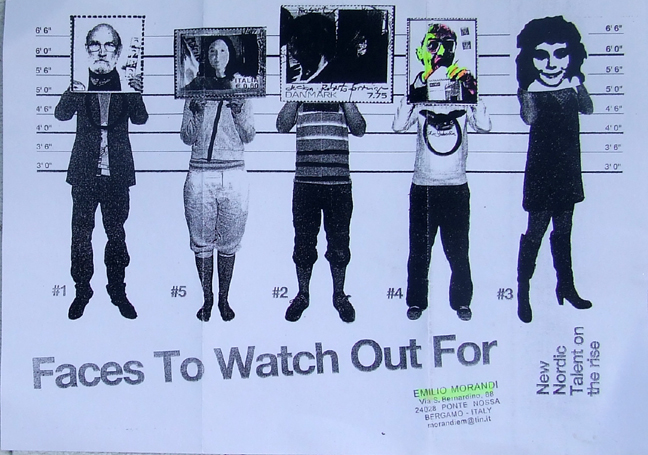 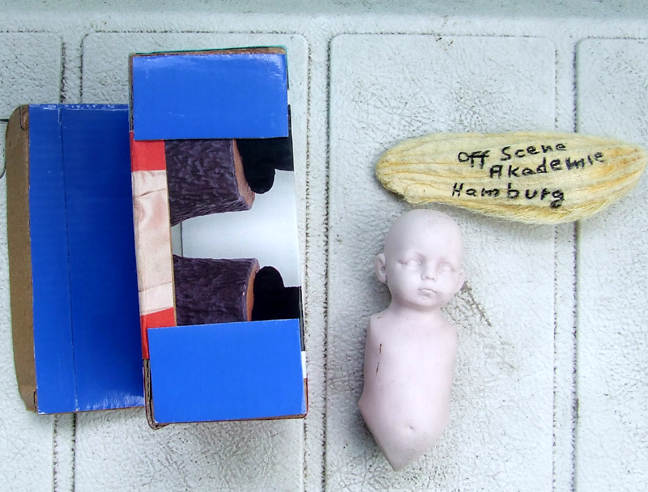 This fantastic collaged box "In… Continue

I'm a SuperHero Promises and Delivers 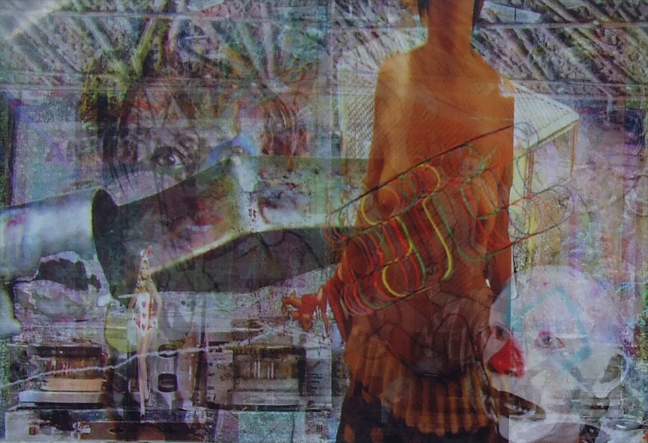 I was so lucky to get both of these digital collages from SH today. They are excellent to see up close and personal. He promised me some tantalizing MA and he did not lie. The title for this one was "I'm a super hero in a Speedo"who doesn't love art of half naked… Continue I was so excited to receive this piece from Helder's new series. It is so fluid and sensuous, with the weaving and everything interlaced. I really love it and what wasn't obvious to me at first, is that he used the outline of the piece on the front of the envelope.… Continue 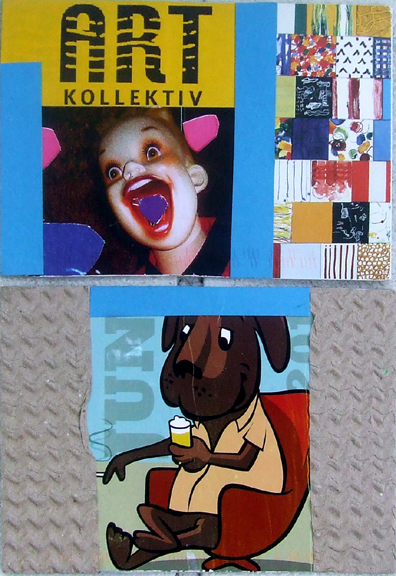 I don't know why dolls are so creepy, but this one is no exception for obvious reasons. And the dog is a great role model-drinking a Duff beer? Canine friend of the Simpsons? Thank you Ernie-for these colorful gems! 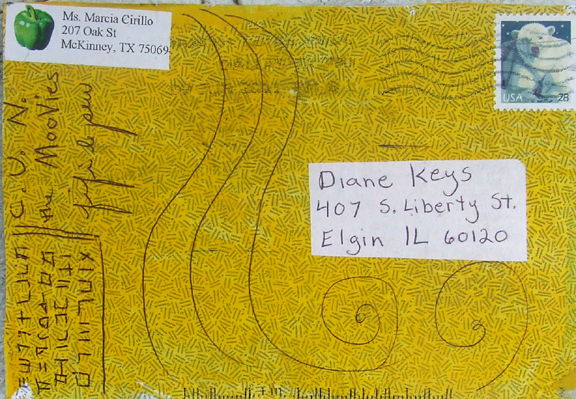 I love how two worlds appear to be colliding in this piece-retro and futuristic at the same time. Thank you Marcia!! Also love the asemic message on the… Continue

The Dharma side of Erni 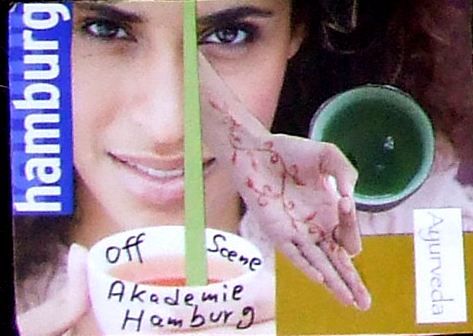 Indian themed pieces from Hamburg. Love henna tats, Bollywood and firm believer in Aryuveda. We certainly have this link. Thank you so much… Continue

Little Bit of Everything From Cecil Touchon 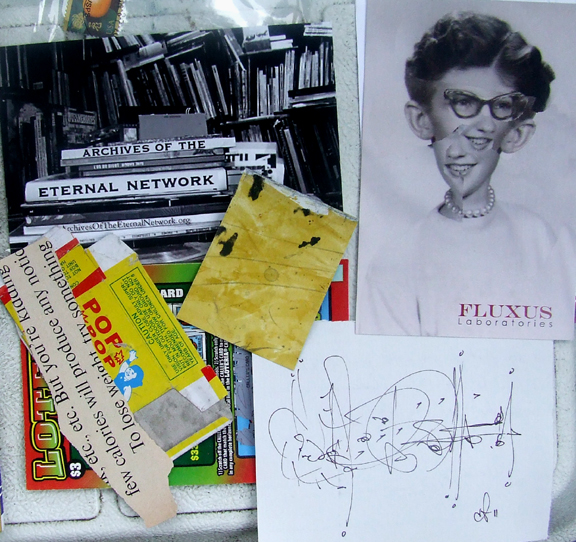 This envelope came today including some asemic writing (asemic group/concept in general makes me think of the movie "Crumb" and his brother who got more and more lost in scribbles and concentric circles. Not in any way making a comparison regarding the fact that he was mentally ill so hopefully you know what I'm saying). Also a TX lottery ticket, some paper ephemera and a poppers… Continue 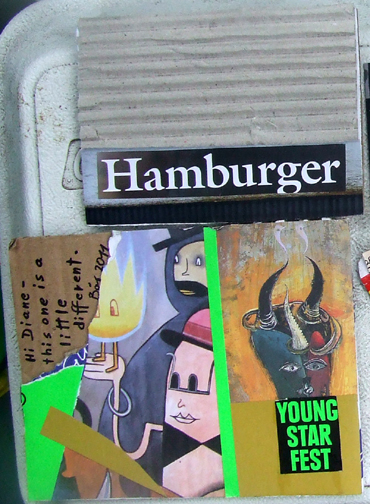 So how is it that the US came to be known for hamburgers? This minimalist card made me laugh. The other "Young Star Fest" has a good theme as well. The back says Bon Appetit or actually "buon appetito and Guten Appetit". Love the torn out section adding an even more layered effect. Thanks Erni-you're spoiling me with all this mail but I'm not… Continue 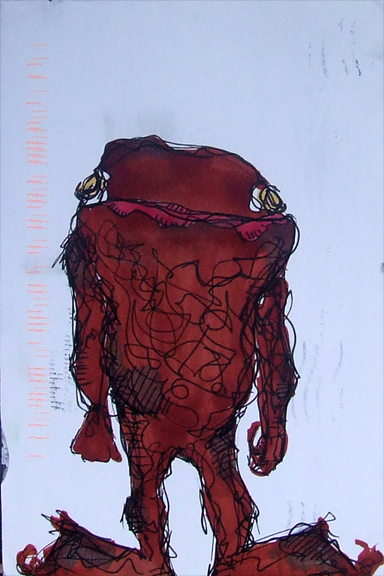 I don't know how, but this monster is so cute. Thank you Gabby-your drawing skills are stupendous!

No Violence from Clemente Padin 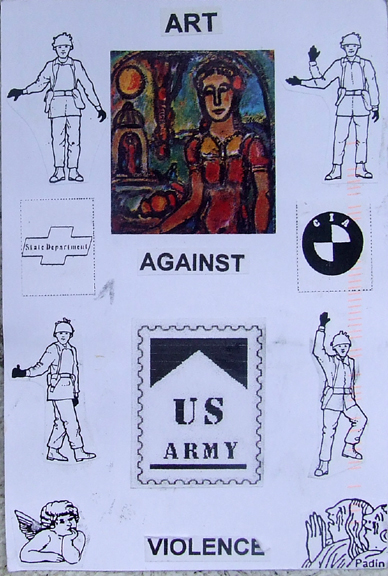 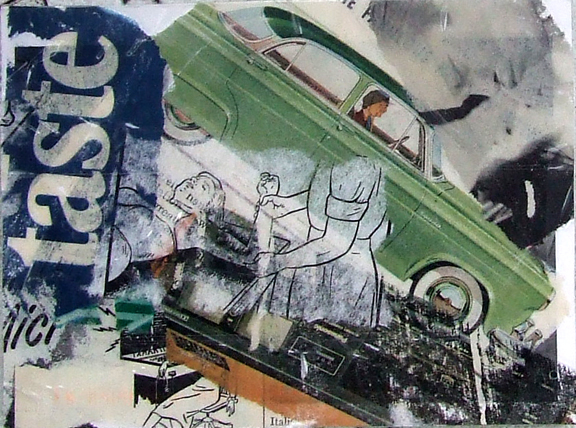 Love the mix of vintage text thank you Jon!! 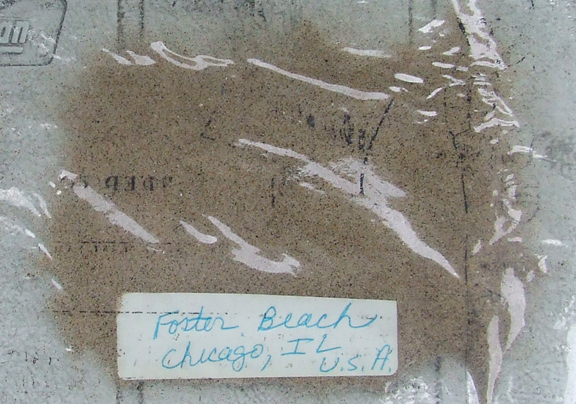 This postcard is breathtaking. I love having this pictorial of South Africa because I am so intrigued what life must be like  in the "Land of Contrasts". Lesley's sketch is so intricate and elegant. Thank you so much…

Off Scene Akademie Enrollement form from the Haptic Werewolf

Corrugated Haptic piece arrived with .45 postage due because of a postal worker who obviously failed math. My wonderful postman paid the difference out of his own pocket so he is now a patron of the arts. Ernie, I hope I am able to enroll in the Off Scene Academie. I don't quite have the wardrobe for it but I can work on it!! Thank you Ernie getting art from you always makes the day roll smoother… 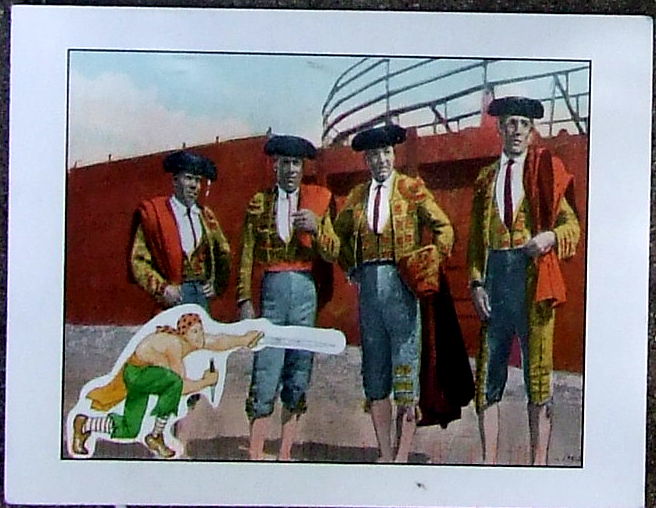 From the Pirate series, bull fighters vs. pirate. My bet is on the pirate