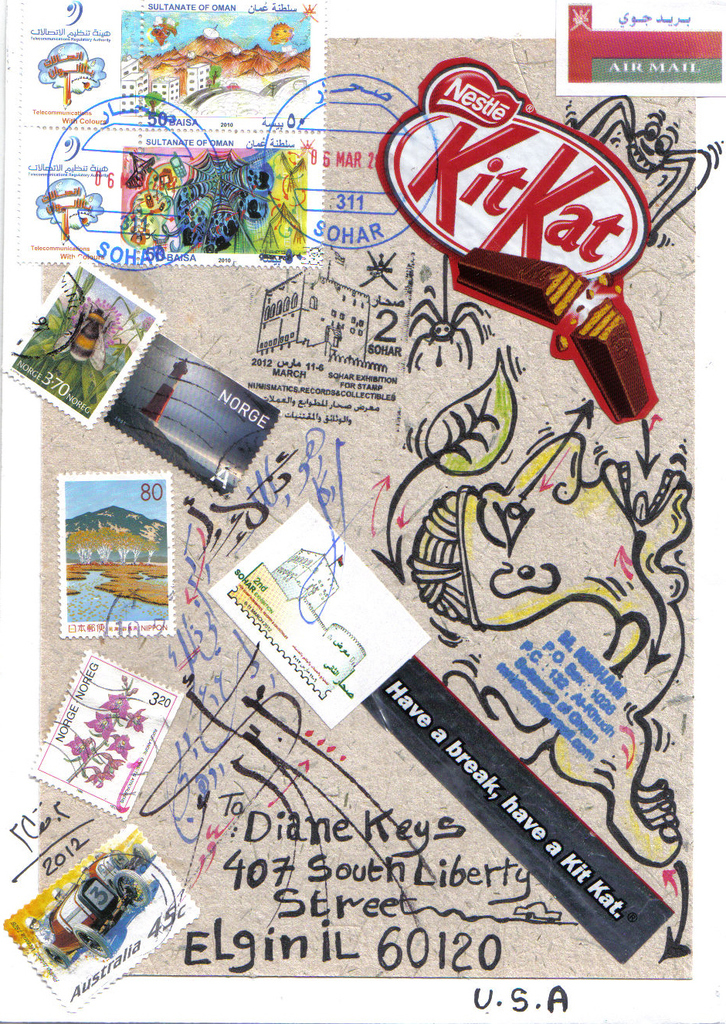 This beautiful mail art arrived today and was created in such an inventive way.The intricate collage-a combo of trashpo, asemics, and illustration, was done on the BACK of an envelope that was INSIDE the envelope and inside the envelope was some very nice paper--which I will be using shortly. Thank you for this wonderful… 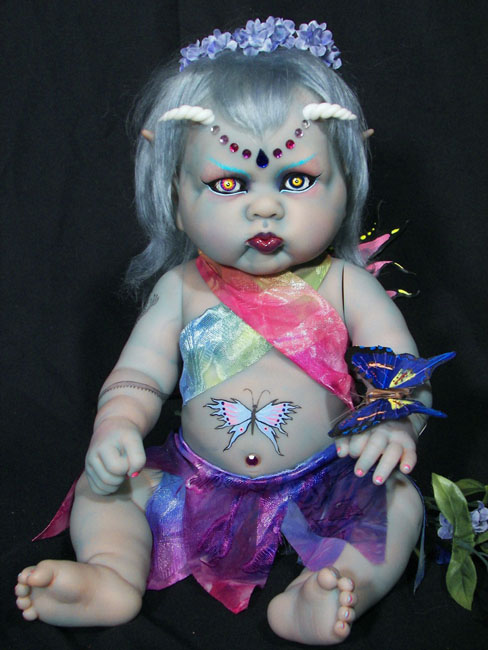 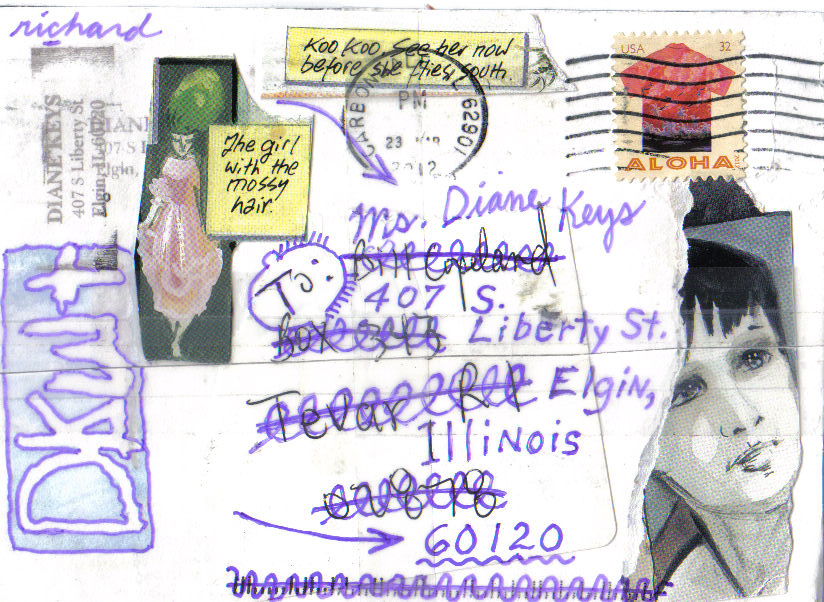 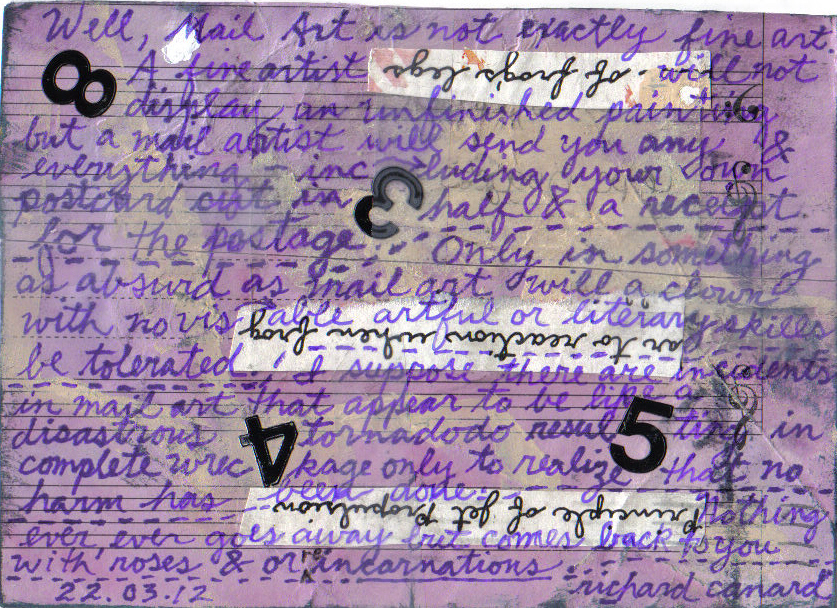 This weird doll has nothing to do with this post. I just thought it was cool. I sent out some mail art. It was returned to me chopped in half.… 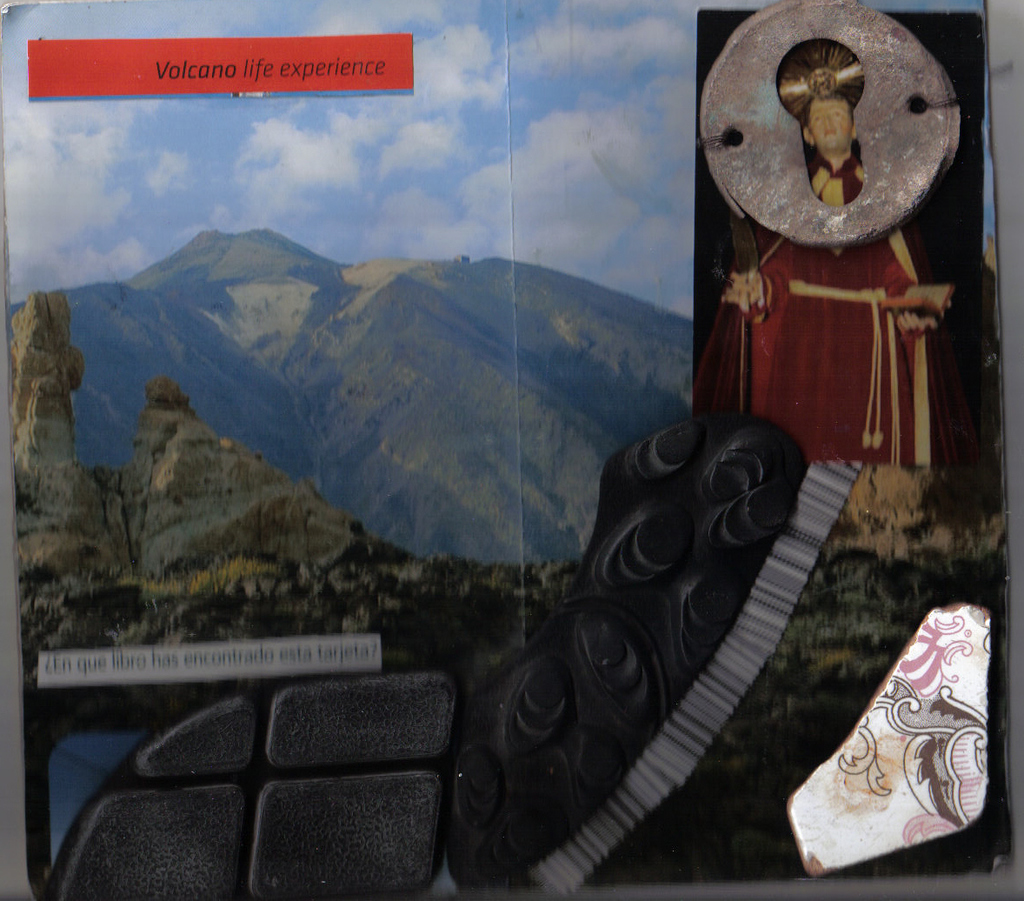 Dean has sent me this "Volcano Life Experience" Piece. How did he know my life has been like a volcanic eruption lately? Call it trashpoition? He has put tire treads, pottery, and what looks like a Trashpo Diety-all constructed from mail art omens from Puerto de la Cruz. He writes "Two lost souls on the road to San Juan" does he mean Him and Vanessa? or does he mean his bar… KDJ has sent me a huge package of trash that was so authentic that it even felt a little filmy--this is the real shit. Included inside a celery… 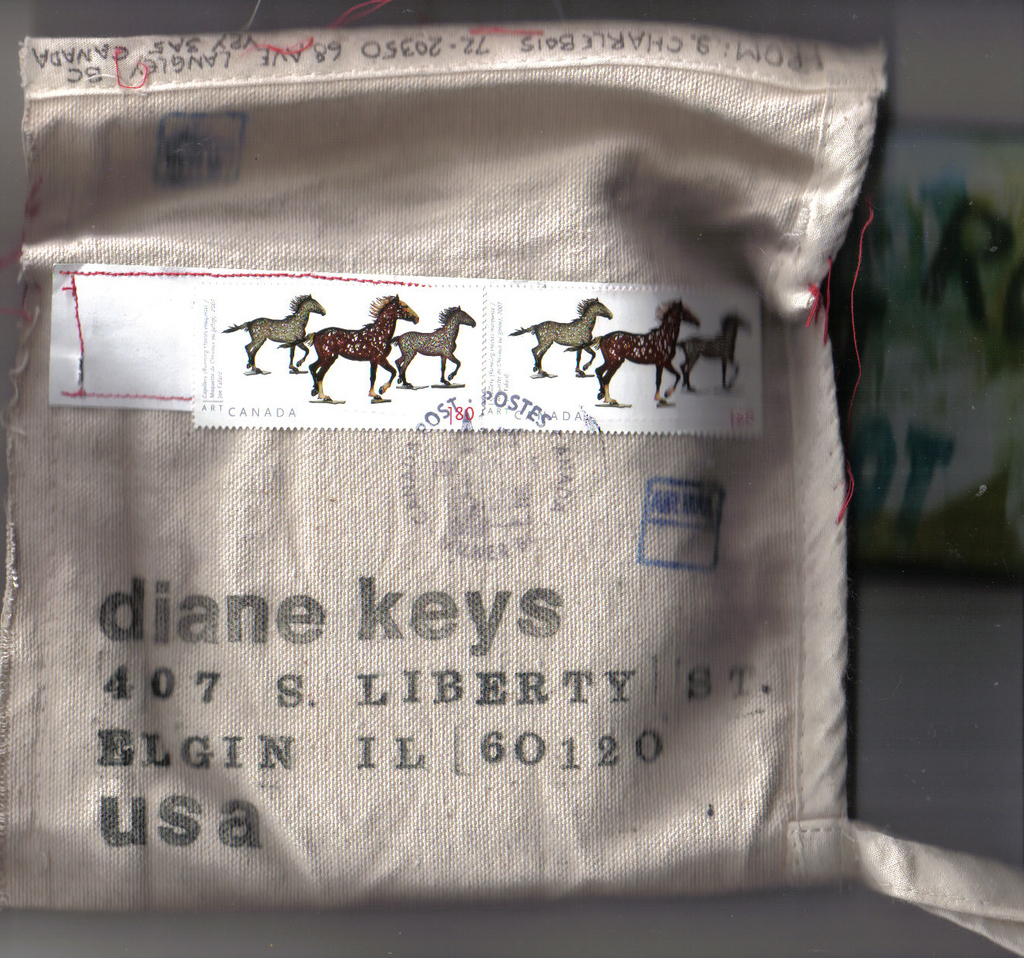 This incredibly inventive canvas toolbelt bag arrived stitched together and stuffed full of trash. Stewart explains that he was working at his daughter's school on building a playground and found all these tags that he knew he should send to me! So lucky and he…

Sword of Truth by Viola Rollins Received this ornate ATC from Viola. It came in the small bag with no problem. Sooooo beautiful in the style of Ed Hardy-I'm not into tattoos, but this would make a great tattoo! thank you Viola for this beauty!

Stunning Greeting Card Trashbook from Vizma--speaks for itself! 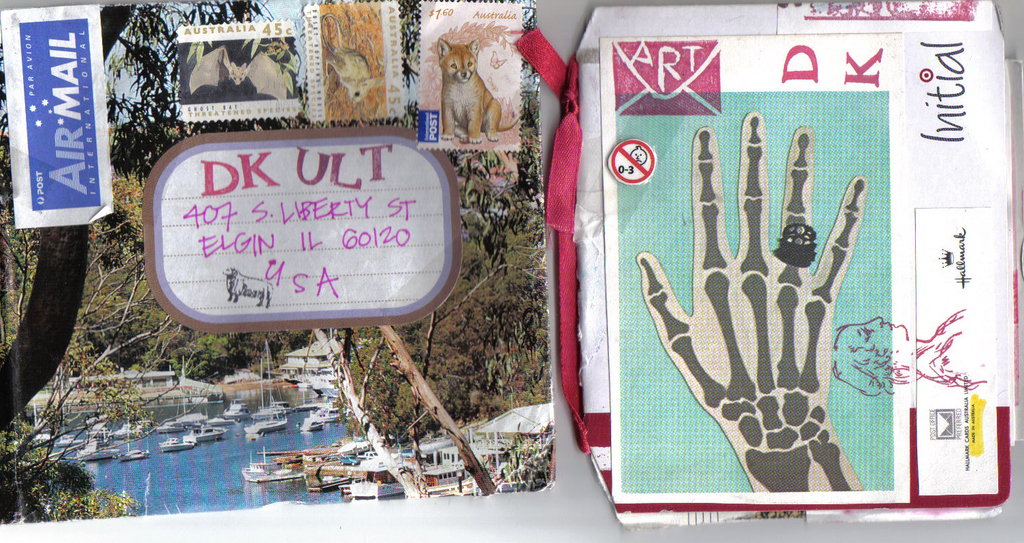 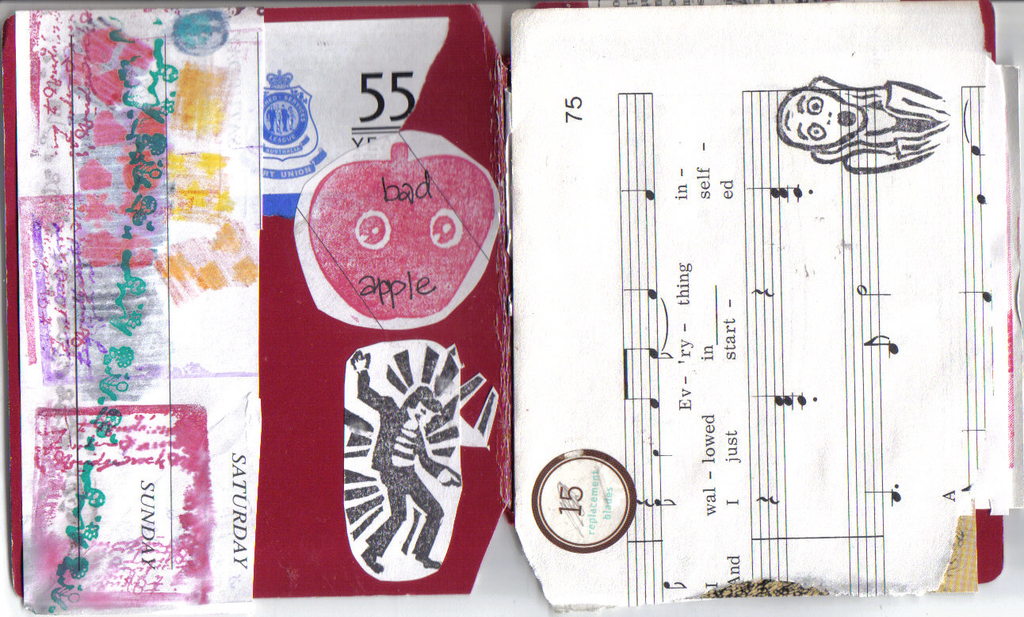 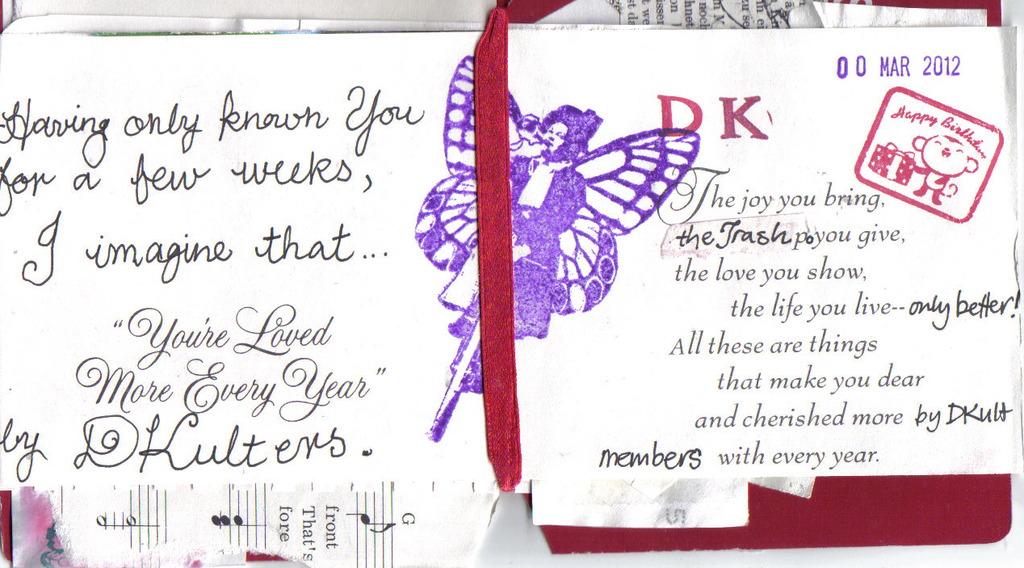 10 of Hearts in Spades by Nikoya Mills 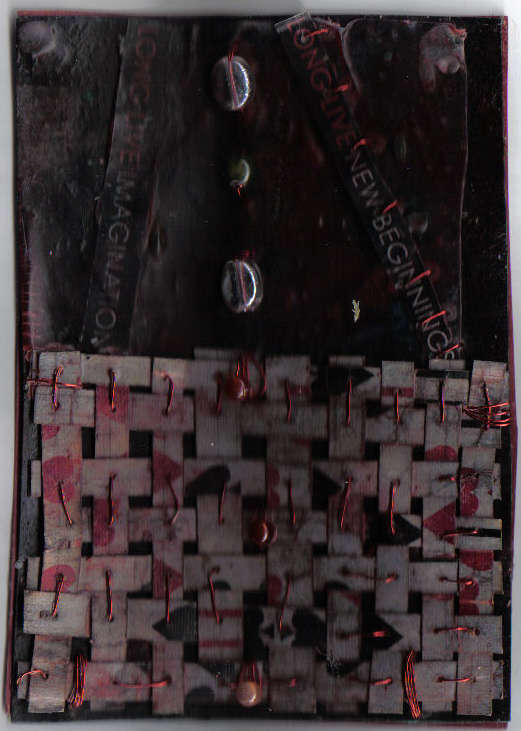 This photo doesn't even begin to do this piece justice. It is three-dimensional so did not scan well, but this is amazing. She has weaved playing cards and joined them with wire and the whole thing appears to be coated in beeswax. I've never seen wire used as thread and I just love this ! thank you Nikoya-I look forwardd to exchanging more with… I feel so lucky to receive my first mail art from Anna--one of her wonderful Hamsa hands. I don't know what technique she uses on these but it is truly incredible. Thank you Anna! and I love that you covered the back in S & H green stamps:) 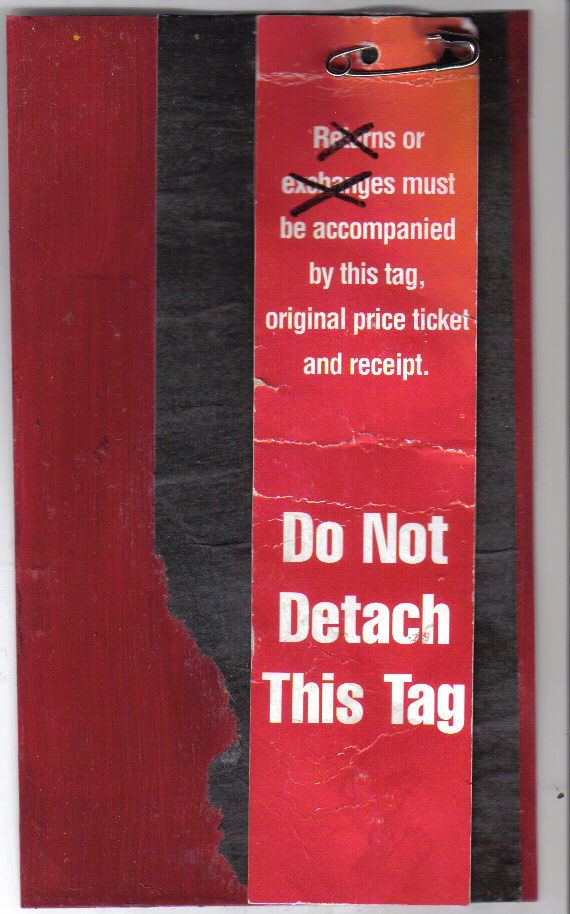 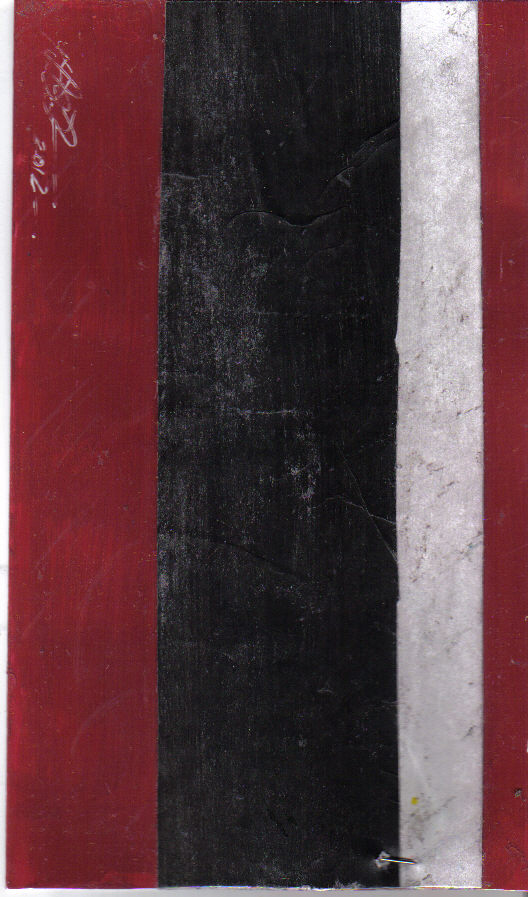 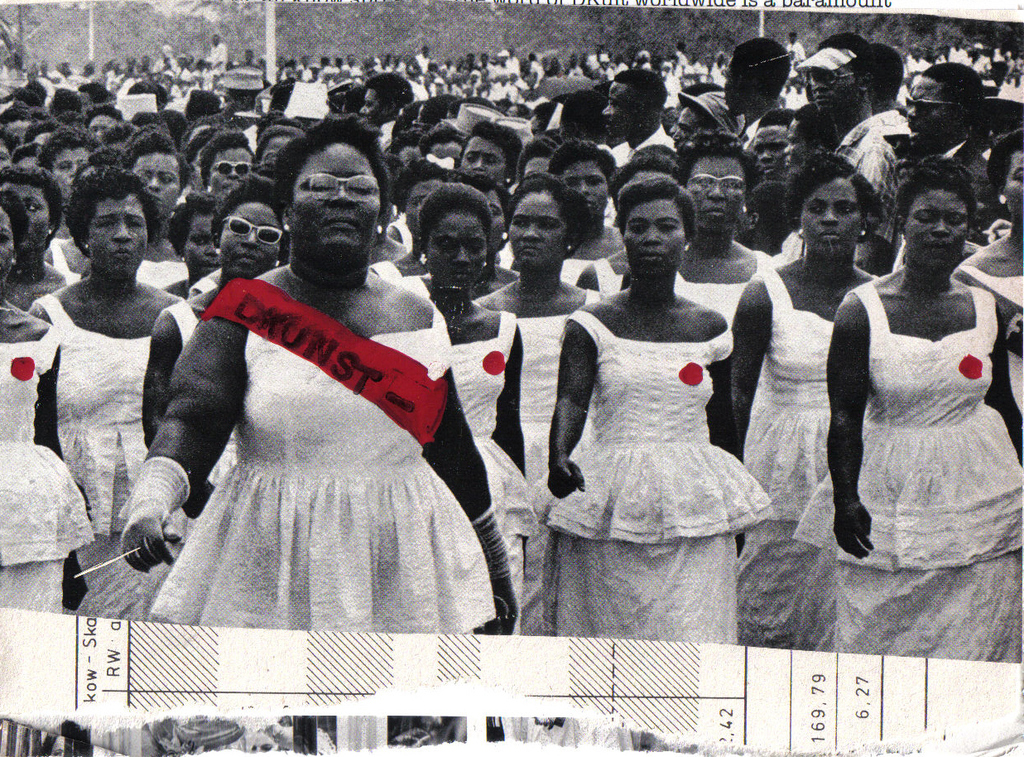 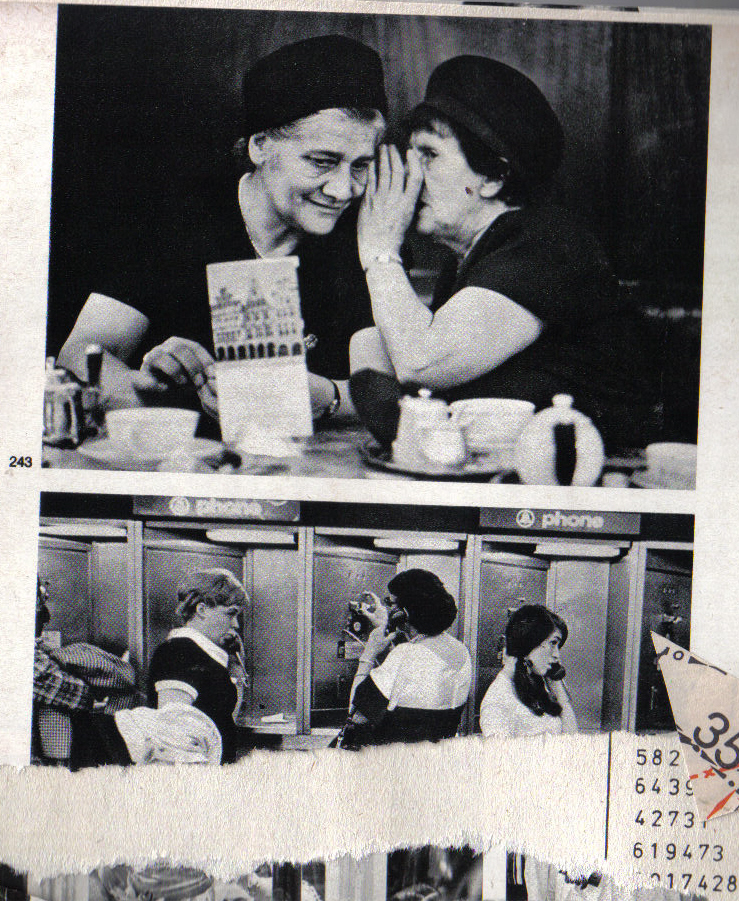