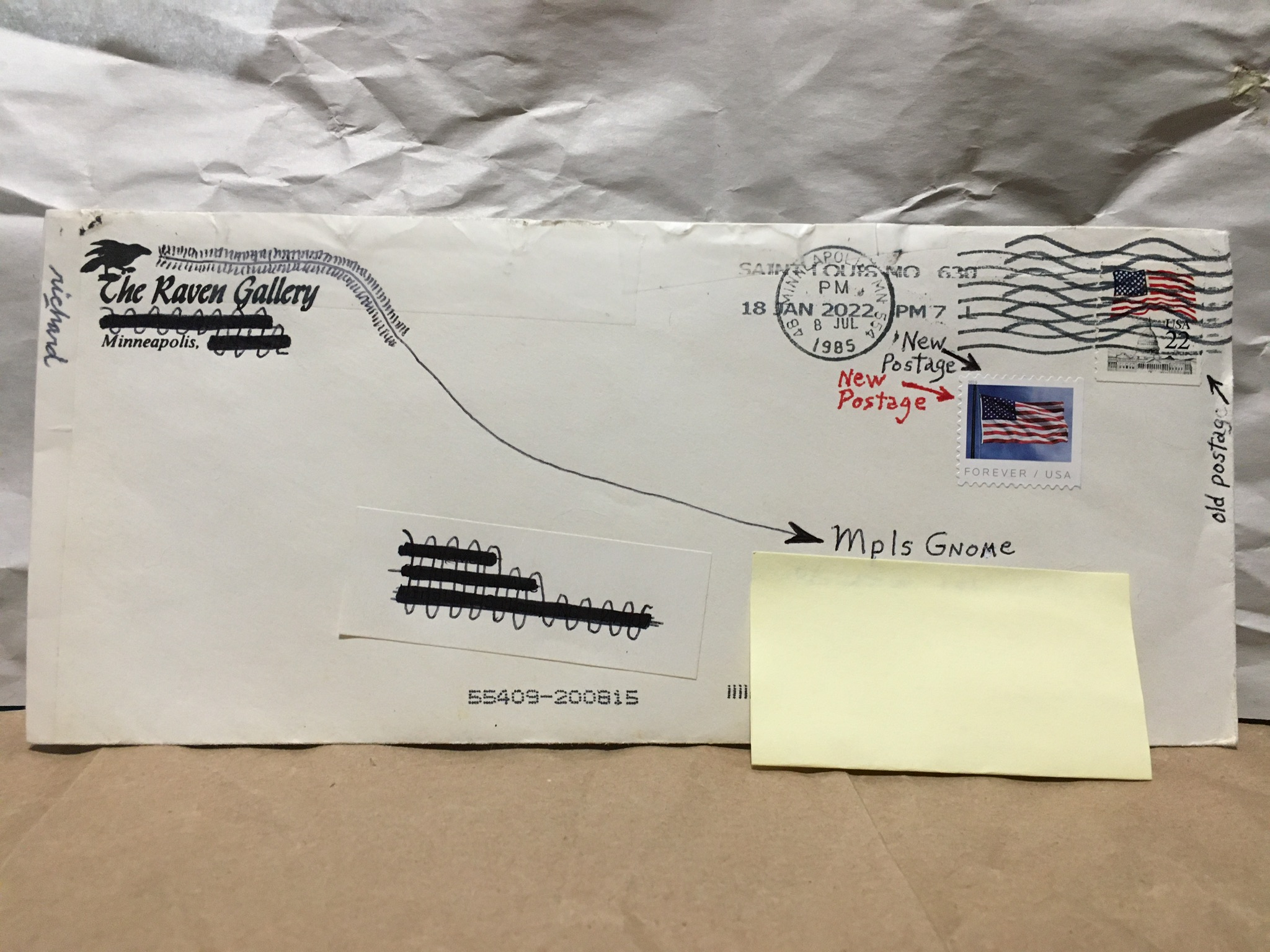 Okay, I don't know how Richard Canard keeps his files, but it's apparently 'very well'.

He mailed an envelope to me which was originally mailed to him from Minneapolis in 1985! The proof is in the cancellation stamp from the post office.  Originally sent from somewhere called "The Raven Gallery" in Minneapolis, Richard has returned it to Minneapolis 37 years later.

To help NOT confuse the crap out of the post office, he uses well drawn arrows to direct their eye to the old cancelled 22 cent postage and to his newly affixed postage.

MYSTERY: The only question I have left is why there is also a cancellation stamp with "St. Louis MO" on it.  Did Richard live in St. Louis when it was originally mailed to him?  This is my current favorite theory, as IL and MO are next to each other and there is plenty of moving back and forth of it's citizens.  I, myself, was born in IL, moved as an infant to MO and then booked it up to MN as soon as I was of age - so I do have a little experience in this area, and that is the nose I perch my spectacles on. 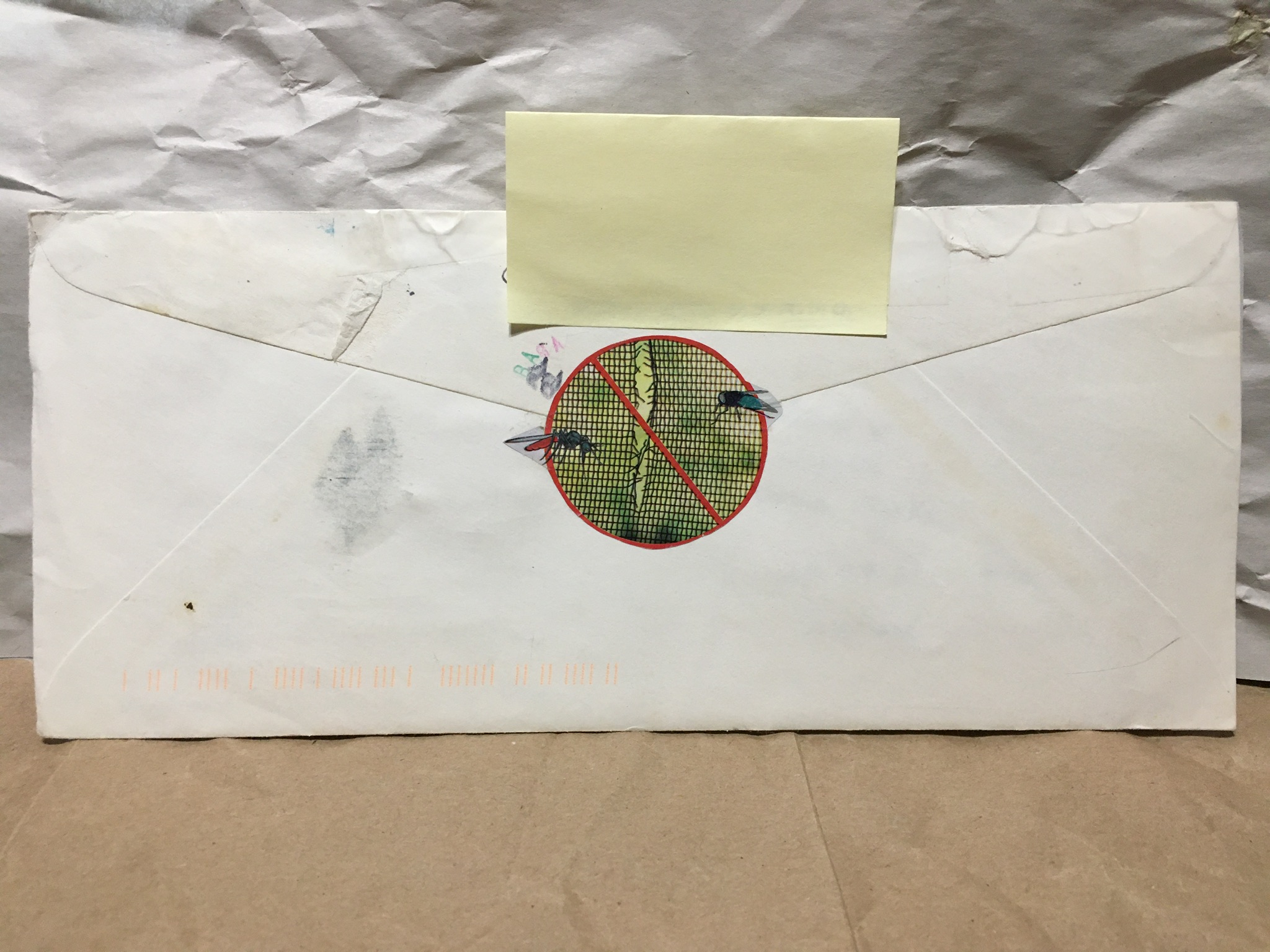 The back of the envelope points to a common concern in all 3 states.  Again, I point to my spectacles of experience on my nose. 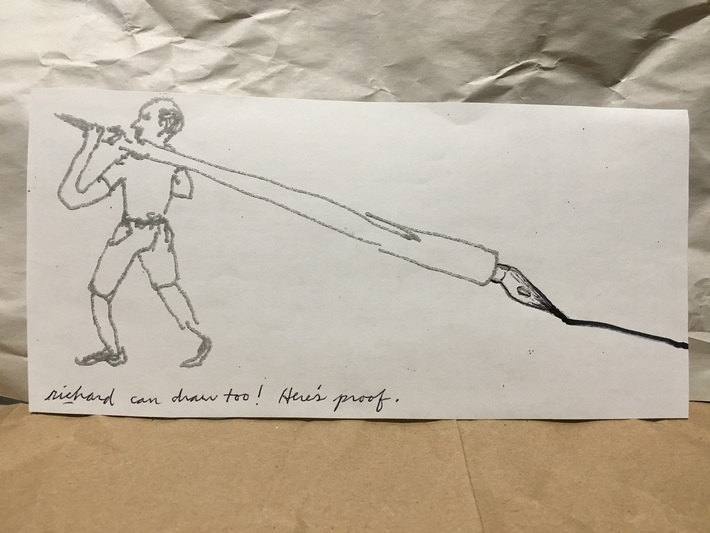 Now on to Richard's spectacles-denoting-expertise!  I don't know if he wears them, actually... But still I have PROOF that Richard can draw!

Thanks, Richard!  Your Wreck this Journal (by US Postal Mail!) pages arrived too, and I'll be blogging about them shortly!