Today the sad news of the death of another Visual Poet and writer/artist reached us. Serge Segay died this sunday.

News came from Russia (Dmitry Babenko) which published the news on facebook.

Wrote his first zaum and abstract poems in 1962, when the "Anarcho-Futuristic group" was founded in Vologda.
Since 1971 he has produced pictographical poems, unique in Russian poetry; first founder of visual poetry movement in Russian Literature;

His visual poems have been published in the emigrant almanach "Rough Copy" (USA), american magazines "Score", "Ozone", "World Letter", "Lost and Found Times", and in issues of "Doc(k)s", "Offerta speciale", "Collegamenty Wobbly" and in many other international editions.

In 1992 he published the complete poetry of the futurist Vasilisk Gnedov (Trento), in 1993 - organized the first publication of unknown texts by Alexei Khrouchonyh and Kasimir Malewitch.... From Willem G. Weststeijn at the University of Amsterdam, working at the Faculty of "Geesteswetenschappen", I received a very nice surprise. He worked for a special issue of the magazine for Slavic Literature that contains an opening article of 12 pages on the work of Serge Segay and rea Nikonova. Last year Me & Litsa Spathi met them both in Minden, Germany, and we were in contact with them for decades already. Nice to read the Dutch article that is called: "De onuitputtelijke avantgarde". It is illustrated with the very special work of these wonderful artists. I am so glad that the University of Amsterdam published this. In a small note from Willem I read that the magazine was sent to me on request of Serge Segay. A very nice present he sent me this way. I will send him something back for sure and will thank the sender as well. 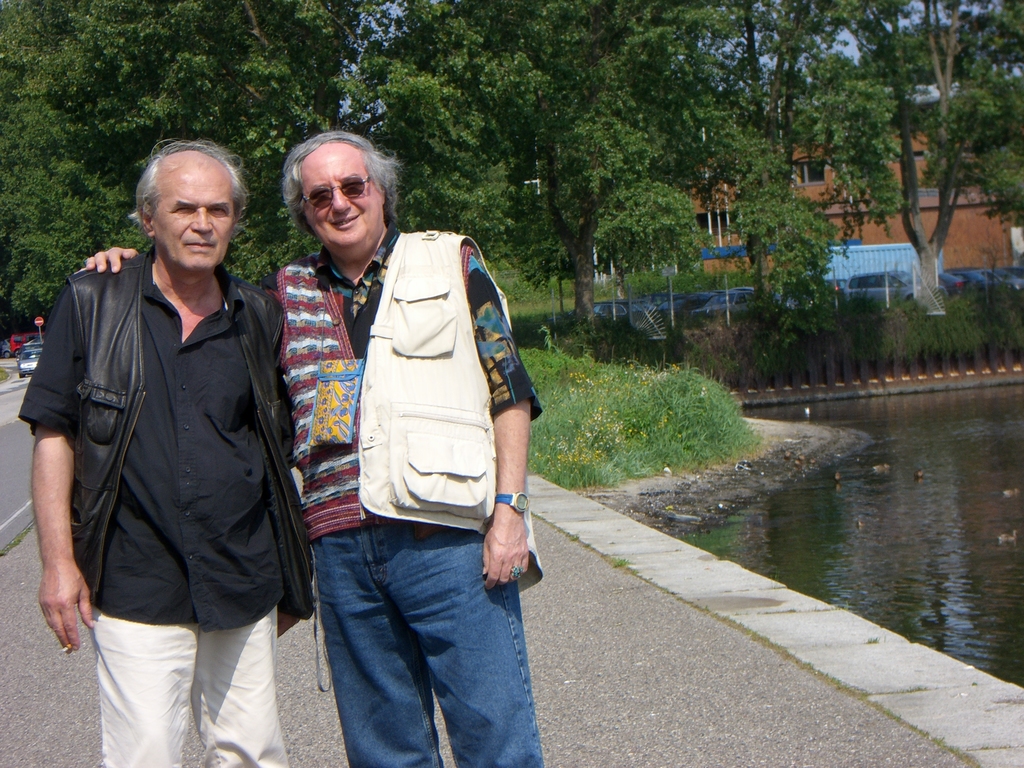 Dear Ruud, it seems a sort of nightmare, here we are again to talk about a friend’s death. Serge’s son sent us the very sad news.

We were hoping to meet Serge again and have him here in Torino as we think to prepare an exhibit at our THE ROOM for Rea...  now we’ll do it with our material both of Rea and Serge.

As we are not so great in terms of inserting material in your blog, we are sending you this message and three photos taken in Kiel in 2007.

Thanks and a friendly hug