I think this group is a FABULOUS IDEA!!! You know it appeals to my Bonniediva sense of humor! I have always secretly cherished yet loathed Boring Postcards, and I'm so happy there is a group for me!

Anyone who would like to exchange these PLEASE LET ME KNOW! YAY!

This is a Boring Postcard of the former European Parliament building in Strasbourg, France, where I spent many happy hours and days when I was a lobbyist.

The intersting (sic) thing about this is that it comes with two Boring Stamps of the Parliament.

(I have collected -- and exhibited, with comments -- Silly [but not necessarily Boring] Stamps for a while. For details go to www.val-herman-art.eu, then 'Stamp Art', then 'Silly Stamps') 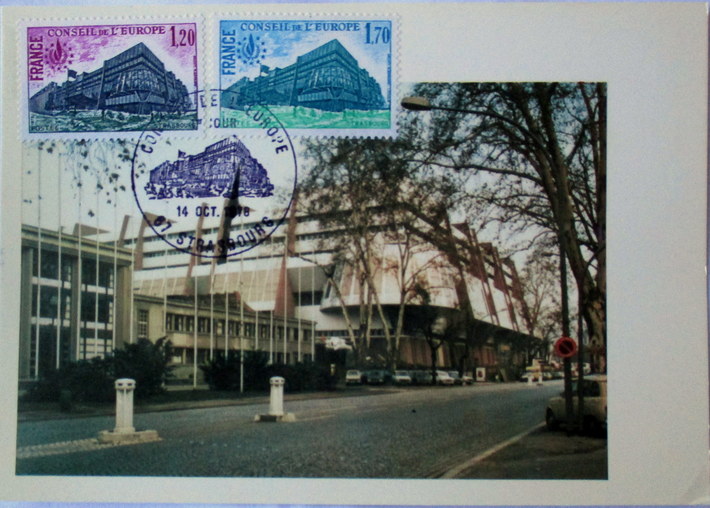 Here are two Boring Postcards of Queen Elizabeth 1 Grammar School Darlington (now Queen Elizabeth 6th Form College) where I went to school from 1958 to 1965. Same building, but the park has changed in the 2nd Postcard. 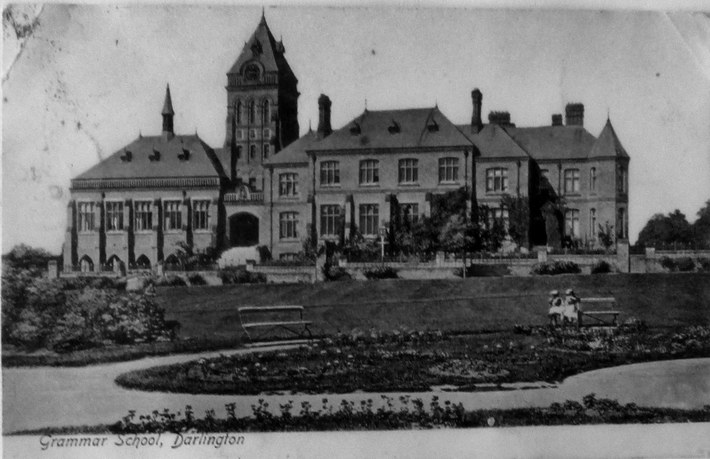 And here is a "boring" postcard from Carmen Kennedy (is it or is it not boring, that is the question?)

It recently arrived in Greece, but is already on its way to Sigean: Living in London as a child, I loved visits to their shop! I remember having 'plain' sheets of figures which we then coloured in.

this old English saying means you can get the basics cheaply but can expect to be charged more for a more luxurious version. It probably originated from market traders, but it came into general use following an essay of that name by Robert Louis Stevenson.
In the 19th Century, a popular children's toy was a model theatre. The characters, props and scenery were sold as seperate printed sheets which you cut out and mounted on bits of wood. The sheets cost one penny* if they were just printed in black outline ('Penny Plain') so that the user could colour** them in, or tuppence ('Twopenny Colured) if ready coloured.

(* from theBritish pre-decimal monetary system of pounds, shillings and pence (£/s/d), where 12 pence made one shilling, and twenty shillings made one pound
**note, 'colour' with a 'u'.

And now....
Here is a Boring Penny Plain Postcard of a stormy sea at the French Cote Vermeille. 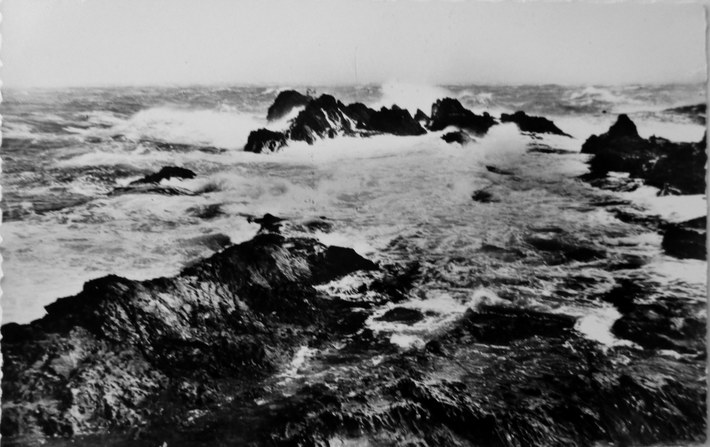 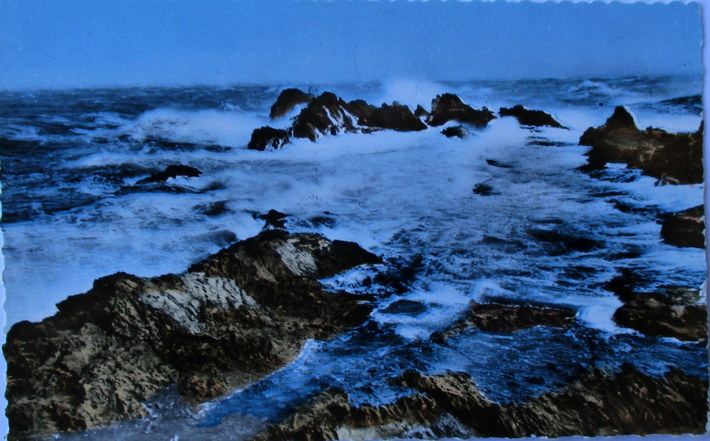 With the addition of a submarine or two, or a fisherperson or two, or a lighthouse, etc, it might be less Boring. 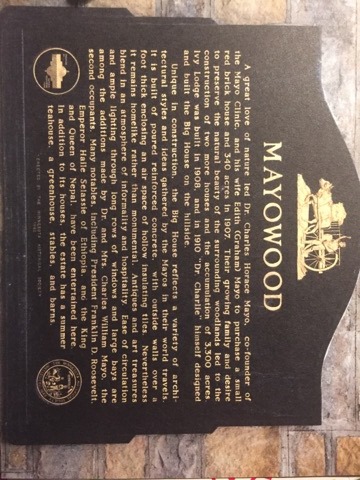 The Reagans - or is that Thatcher? - awful boring people, to say nothing of the card.  ha!  ther language camp card would be more boring if I didn;t know it was a language camp - again, ha!

thanks for posting, i have been derelict in posting the many movelies of boring cards i have -

Anyone want to exchange some boring ugly pc's? I have three from a local museum. I don't want to post them and spoil the surprise, but they are hideous and not your typical tourist card.