Now i want the train enter in MailArt

02. Category: This initiative is made up of an On-line exhibition (in this site https://brottasart.wixsite.com/brottasart/mailtrainart), (One day maybe in a physical space). 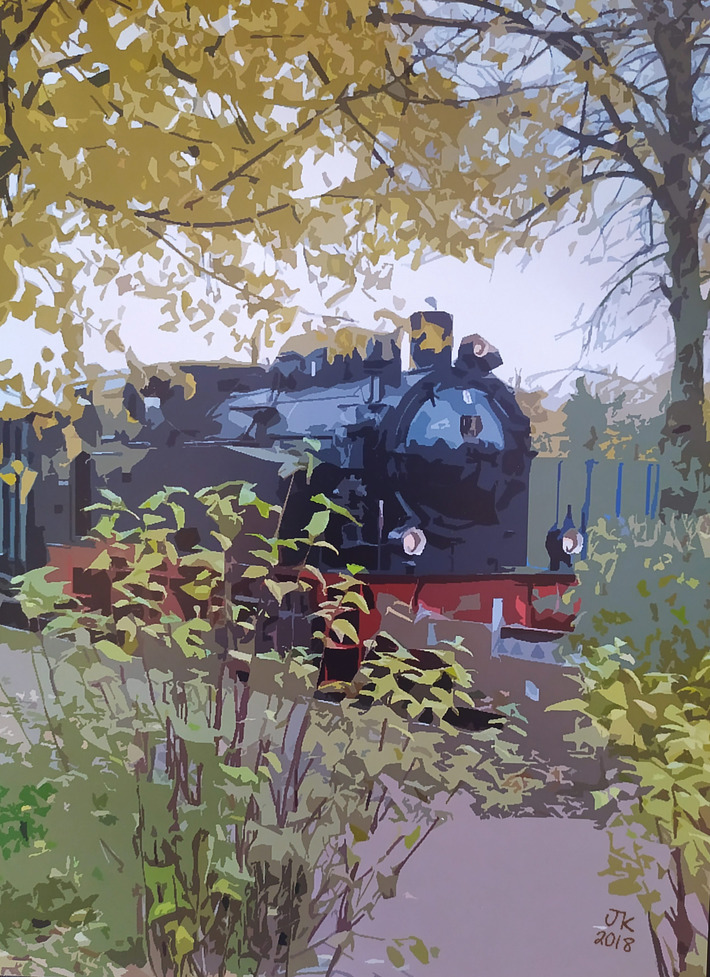 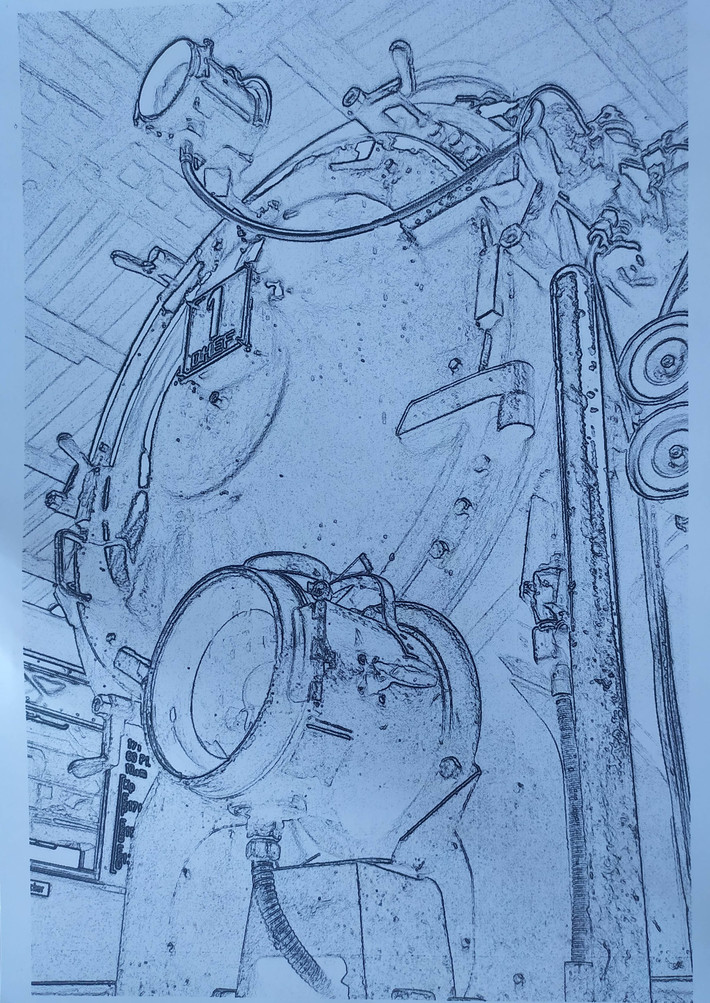 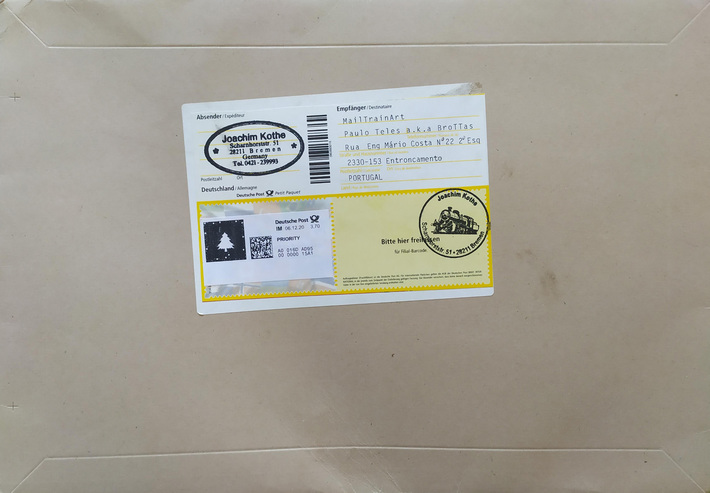 My mailbox as invaded by Atelier D'art Postal...

Many thanks Jérémy, Karine and Catherine Received from Raphael Naldolny this beautiful piece of art
The Last Locomotive Depot with active Steam
From: Raphael Nadolny
City: Mosina
Country: Poland
See more in my webpage MailTrainArt or in Facebook My train Voyages Wolsztyn-Poznań - View from window
Today i recived this beautiful work, love the envelope, and the message "open where hidden message", inside two amazing photos and a part of a journey dairy...
Thanks a lot Raphael
From: Raphael Nadolny's
City: Mosina
Country: Poland
Iouma: https://iuoma-network.ning.com/profile/RaphaelNadolny
Site:http://pozaobiegiemfotografii.blogspot.com
see more Facebookand MailTrainArt 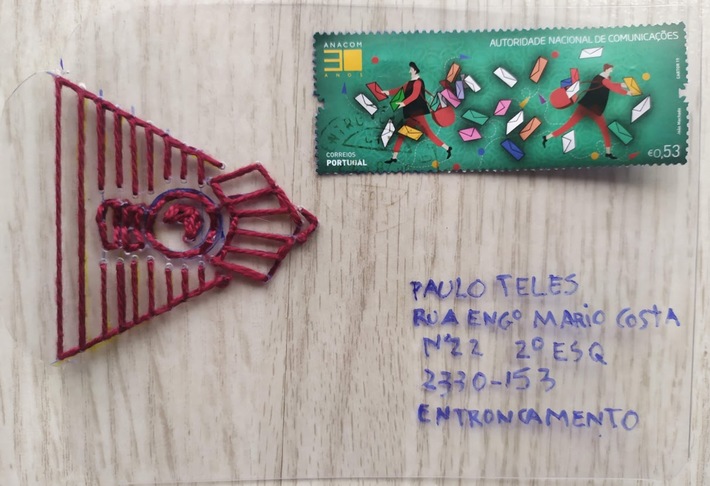 Last creation for my project MailTrainARt
one transparent postcard with a locomotive symbol embroidery...