Visita:- To see all you works of the project dedicated to Anne Christine Tarantino Visit:

dedicato  a   Christine A. Tarantino 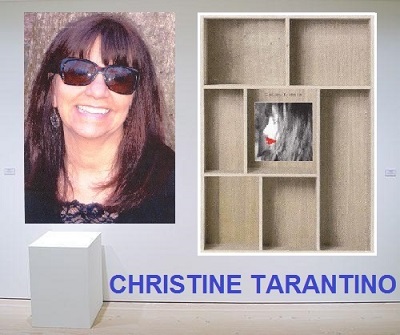 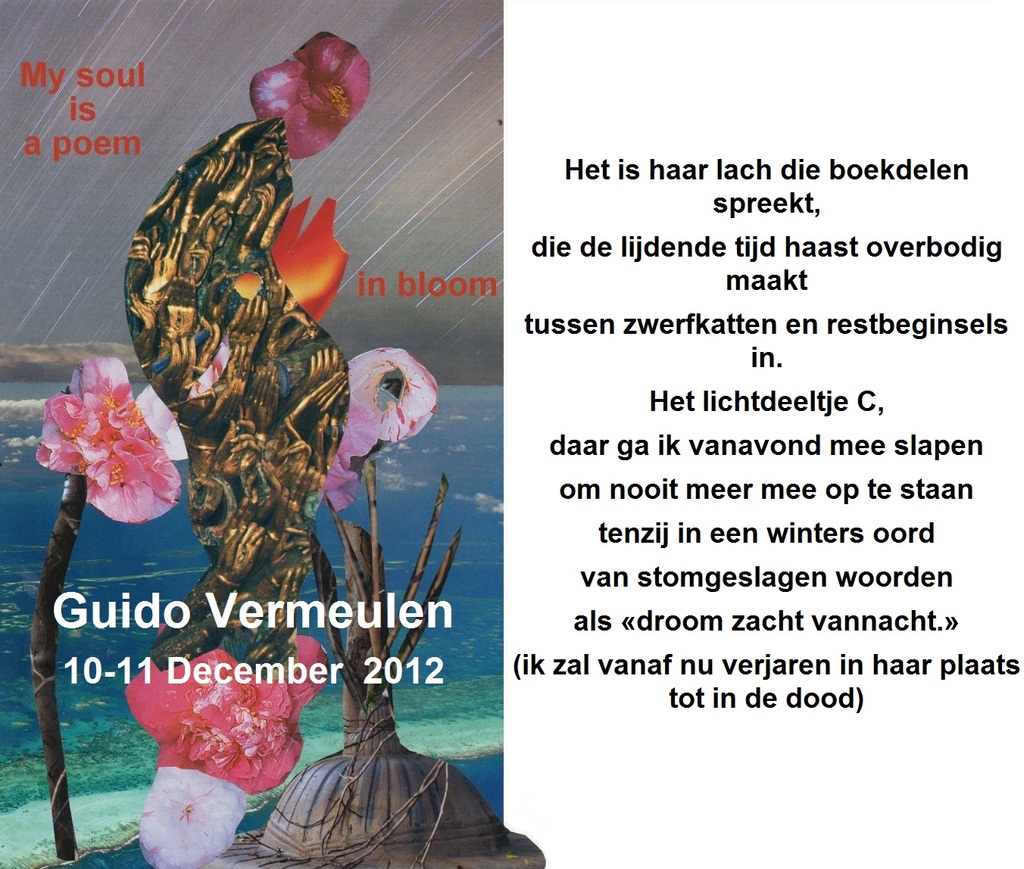 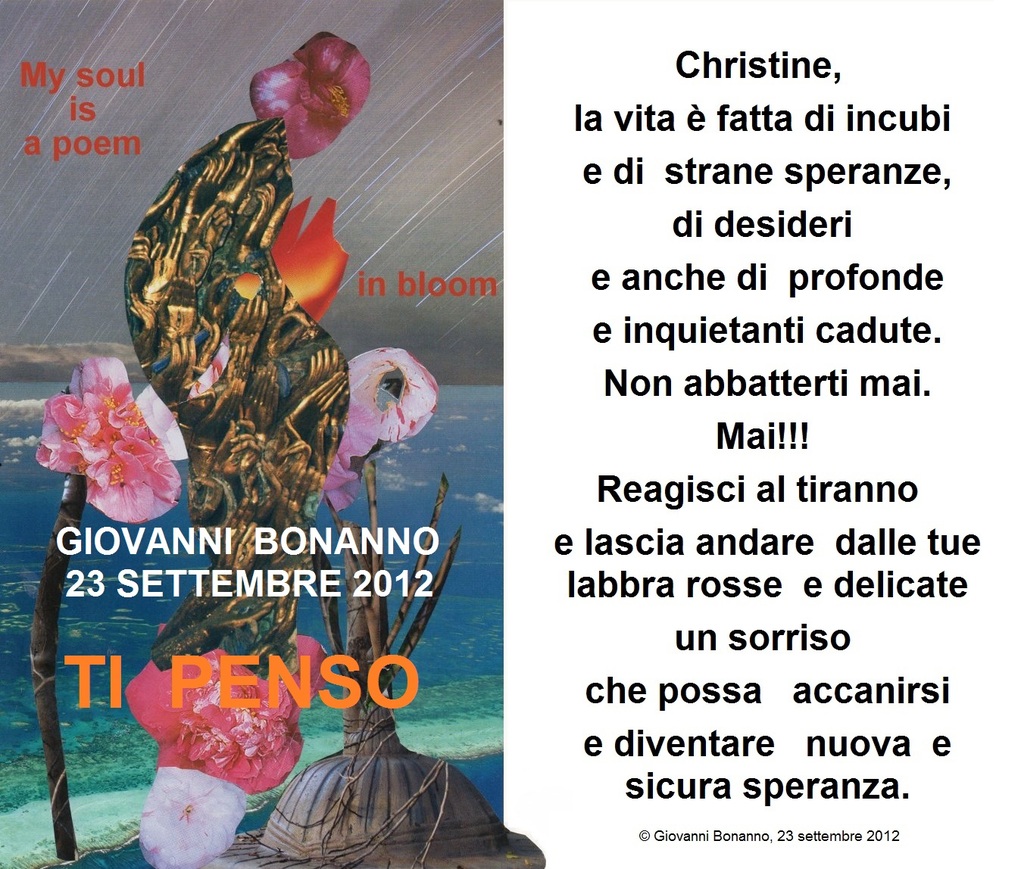 THE MESSENGERS OF TIME

Life is made of nightmares

in which the time spent

and stain an entire season.

and do not notice

that the footsteps of the past

Corpses are born from nothing

and traces of fire congealed

To live is to unravel the strange twists

and the inconsistency of a moment.

is even more elusive,

has the lightness of appearance

in a succession of strange

events in the making.

and know how to transform the doubts

Left out again a smile

it can become certainty

for those who want to steal something more

of what we were and we have become.

International group exhibition opens Sunday, December 7, 2014, at 18.00, entitled: "MISE EN BOITE / Almost a collective work" by Giovanni Bonanno, that Space Ophen Virtual Art Gallery of Salerno dedicated artist Christine Anne Tarantino exactly two years after his death (7 December 2012). There are 87 works by as many important international authors who wanted to be present at this special occasion the American artist.

Exactly two years after the death of the American artist (7 December 2012), is organized the first international collective dedicated to her friends with the participation of several international artists that had long been in contact. Anne Christine Tarantino was born in the Bronx December 3, 1948, His family soon moved to Framingham Massachusetts. He attended Fitchburg State College. Christine has chosen to live a life in contact with nature led by an essentially spiritual. The American artist has strongly believed in the transformative power of words, spoken and written. In view of what has created works for several decades "Fluxus" between image and word, between objectivity and visual poetry; a sort of cross between writing and collage with organic materials found, and above all, active participation in many international projects in a global art network in which art is expressed through participation and choral collective of artists, creating interesting works in unique editions , artist's books and other written texts. His performances in art consisted of artistic events and actions often in contact with nature. Only in 2012, before his death, Christine has been present in several important exhibitions in Germany, Italy, the Netherlands, Ireland, Nepal, and the United States. The solitude and natural beauty of his farm in Wendell inspired his creativity and respect of nature. He loved to walk in the Quabbin and driving through the Berkshires, especially to go to art museums in North Adams and Williamstown. Christine Tarantino Wendell, (Massachusetts), only 64 years passed away December 7, 2012 at Hospice of the Fisher House in North Amherst, Massachusetts.

For this particular occasion there are 87 artists with more than 135 works and several poems by various authors dedicated to Anne Christine Tarantino and a critical presentation titled (My soul is a poem in bloom) friend Douglas Dawson.