Red is the stuff of life and death, war and love. Red is the smell of deep roses and sun ripened tomatoes. Red is fear and anger. Red is passion.  It is not passive. It can never be. Karen knows this. I know this. 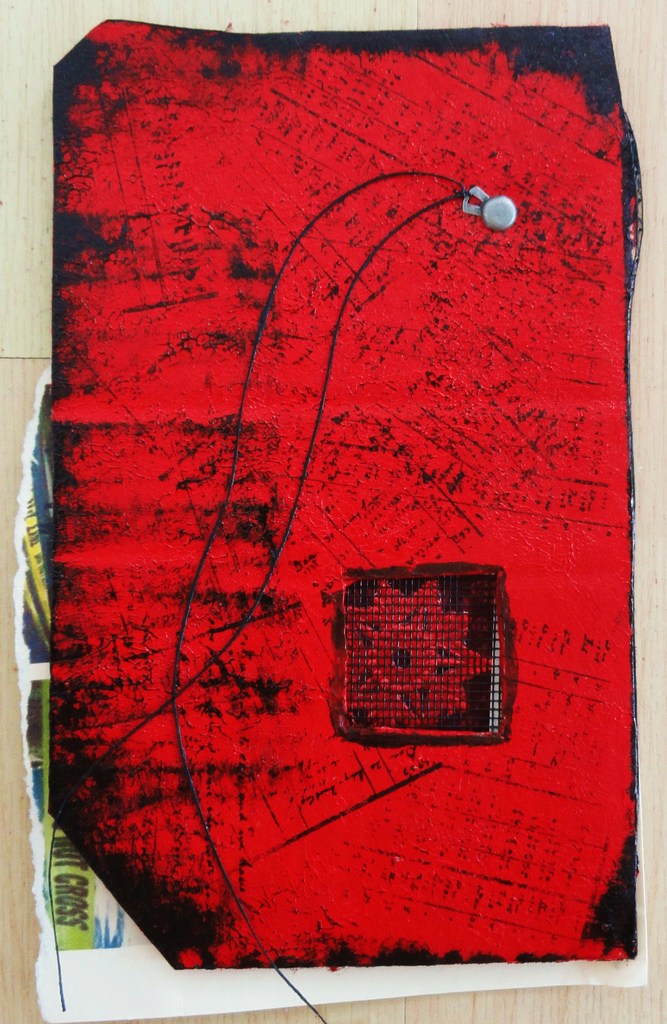 This is what red is for Karen. 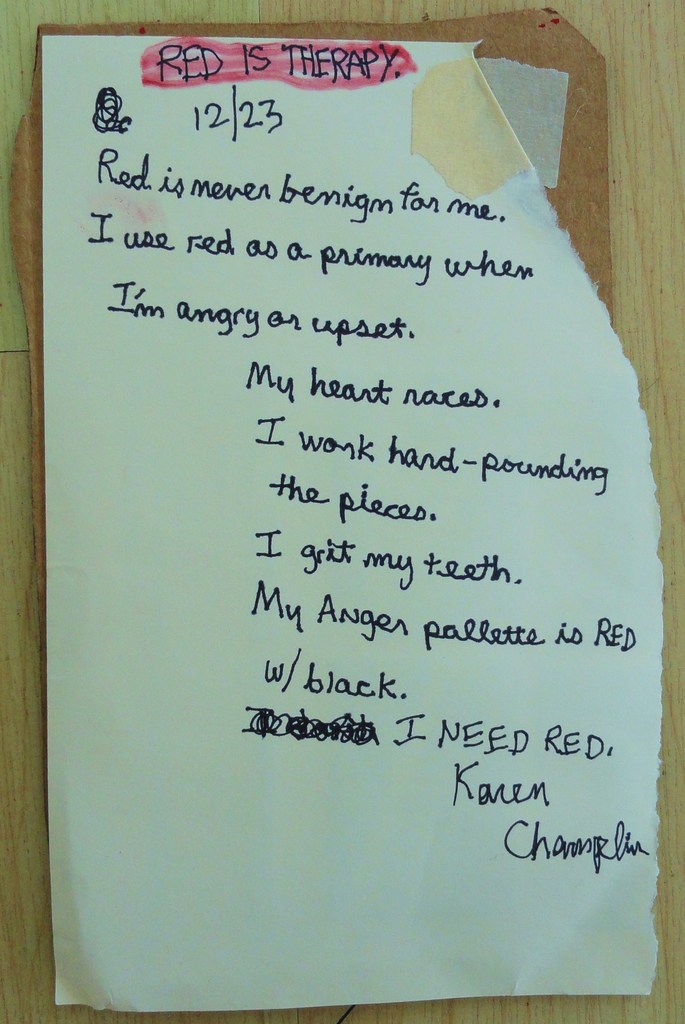 I too NEED red.

Thank you Karen - a great contribution to the project.

After a long wait and a few mishaps hey Karin :-) I am the very fortunate recipient of three of Karin's works relating to her new Asemic Project 2010.

I would suggest that you reference De Villo Sloan’s blog on Karin’s work – he wrote this which I find particularly interesting:   “If asemics denote "meaningless relationships" in the conventional sense of understanding language, I
wonder if asemic writers at some point find themselves, even unwittingly,
creating symbols and syntax that amount to a personal language. David-Baptiste
Chirot calls some of his visual and asemic poetry "Chirotglyphs,"
recognizing they do express meanings beyond a simple increased awareness of
language”.

Is a new language of asemics pasted over the mouth to denote an end of meaningful spoken language? Speak – ing that which we know not what?  We know it accesses non-verbal,
maybe.  Maybe that’s  going to change. 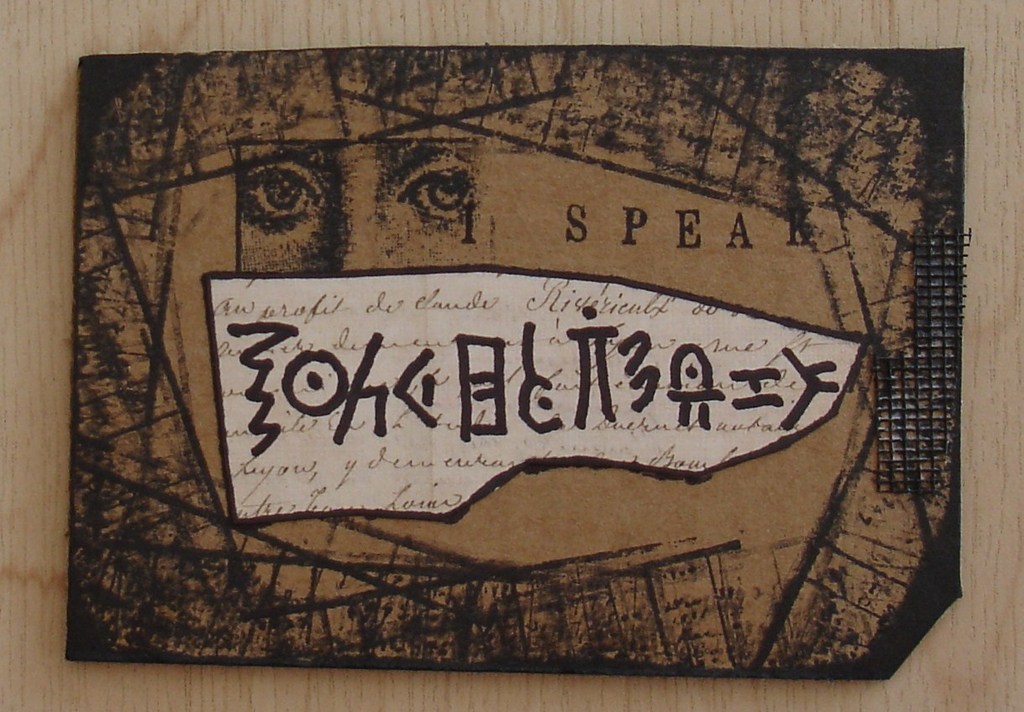 Assemblage: a term coined by Jean Dubuffet in 1953. He used this term to describe “a type of work made from fragments of natural or preformed materials” .  Asemics uses
fragments, preformed unconscious, unconventional materials.  Language assemblage. Thank you Karin - great work, thought provoking - yes, you got me thinking :-)

Psychedelic Mail-Art Ninja, now THAT'S one heck of a message board handle!

Comment by De Villo Sloan on February 26, 2011 at 12:03am
Welcome to the FluX Austin, the comments often stray far. The art in Yellow Submarine is classic psychedelia. You choose well, I think. I think psychedelic art is an untapped area. I've actually been researching it. I've found a lot of good Japanese psychedelic art, if you can imagine. I've printed out a bunch for collages. I'm going to make you a collage using psychedelic art from Japan. You're probably one person on this planet who will appreciate it. Plus, they're going to have a hard time extradicting me to Japan for copyright violation.

Comment by Marie Wintzer on February 25, 2011 at 11:56pm
It seems to me that they are fighting rather than fraternising, no? I like the layout, with the unsettled, tormented part at the bottom and the more quiet, serene part above.

I realize that this is straying from the Post's original purpose, but the cards I've done with the semi-psychedelic borders are actually a reflection of my fondness for the artwork in the Yellow Submarine film.

Comment by De Villo Sloan on February 25, 2011 at 10:59pm
Bingo Austin, from Yellow Submarine - amazing how many Beatle albums were actually disasters that George Martin etc. managed to save with excellent editing.

Isn't that line from "All Together Now"?

Comment by De Villo Sloan on February 25, 2011 at 10:36pm
"black, white green red/can I take my friend to bed?" "All Together Now" from Yellow Submarine. Hey, I didn't write it, Lennon and Turn Me on Dead Man did.

Comment by cheryl penn on February 25, 2011 at 10:17pm
I think those two sound more like they're stuck in a red submarine.