Sending chapters of a book through the mail means that recipients have to work out how to keep the jolly things together! Here's a suggestion. It involves adding a hinge to received pages that will enable you to glue the hinges together, thereby binding the pages together - let me show you what I mean: (Sorry De Villo - but yours is the one I'm busy with - hope you dont mind!

: Cut a hinge the same length as the gutter of the book
: Fold and nest into pages…

A Blog Post for Herr Erni - his Contribution to The Crimson Giant.

I received Erni's contribution to The Crimson Giant in my surprise package on Friday. It is really stunning Choctea. I know you do all sorts of other stuff, but the work you send me is, well, its my own personal aesthetic satisfied. A while ago when you first posted this SECOND contribution to the Crimson Giant on IUOMA - because your first was too big for the book - you uploaded photos of this work AND you said "Ok? No words. Everybody thinks what she or he likes" So does that mean one gets… Continue

Mail Art Received 22ng October 2010.
Great excitement - this is the first time I have received a card from Artflower. It was a fully stamped card - literally and figuratively! Its great receiving something from an IUOMA legend! Thanks Artflower - one in the post to you soon - just so I can get another one from you!!! A good lesson learnt from Bifidus and the Crimson Giant

Bifidus wrote and asked if I had looked in the envelope? 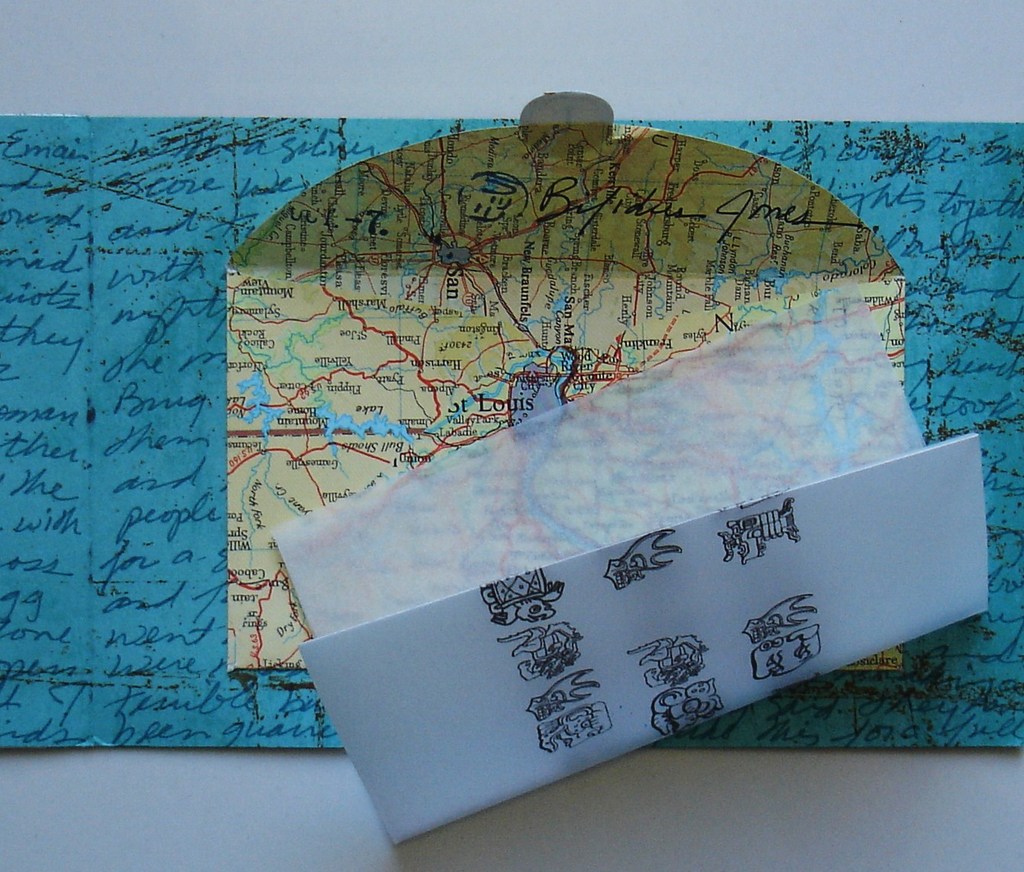 Confession time! I had not. For some obscure reason I had read into his work that the envelope should remain closed, that there was nothing inside, that symbols had no opening/business being interpreted ("Any symbol caught not being identical to itself is subject to automatic ejection, a $10000 fine and 12 hours community service"). I had read his work a certain way, but his… Continue

From Bifidus The Crimson Giant Part 2

With great elation I received the first return mail for the collaborative mail art book The Crimson Giant from Bifidus Jones. 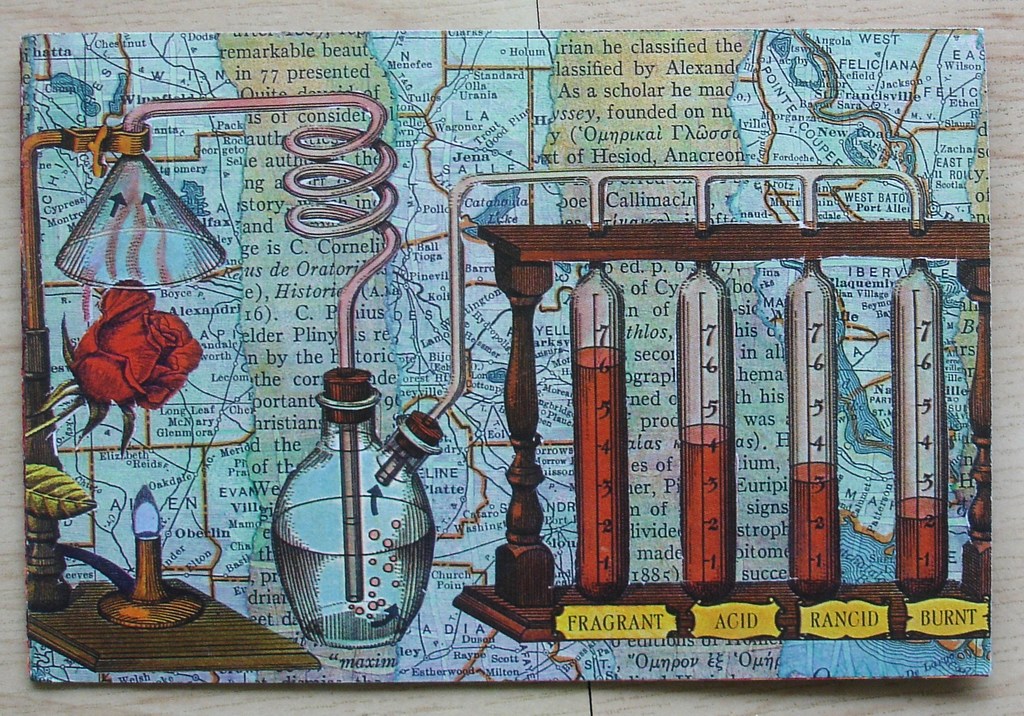 I asked Bifidus to please explain some of his thoughts in the compilation of his work.

"Gertrude Stein, an American writer, came up with the "Rose is a rose" line in a poem entitled “Sacred Emily”--written in the… Continue I received a card from Hugo - a gorgeous caricature drawn/painted onto cardboard. I am seeing blind Hugo - come out the cupboard! But from your signature you are a graphic designer?? Thank you - I will return the favor on Tuesday. 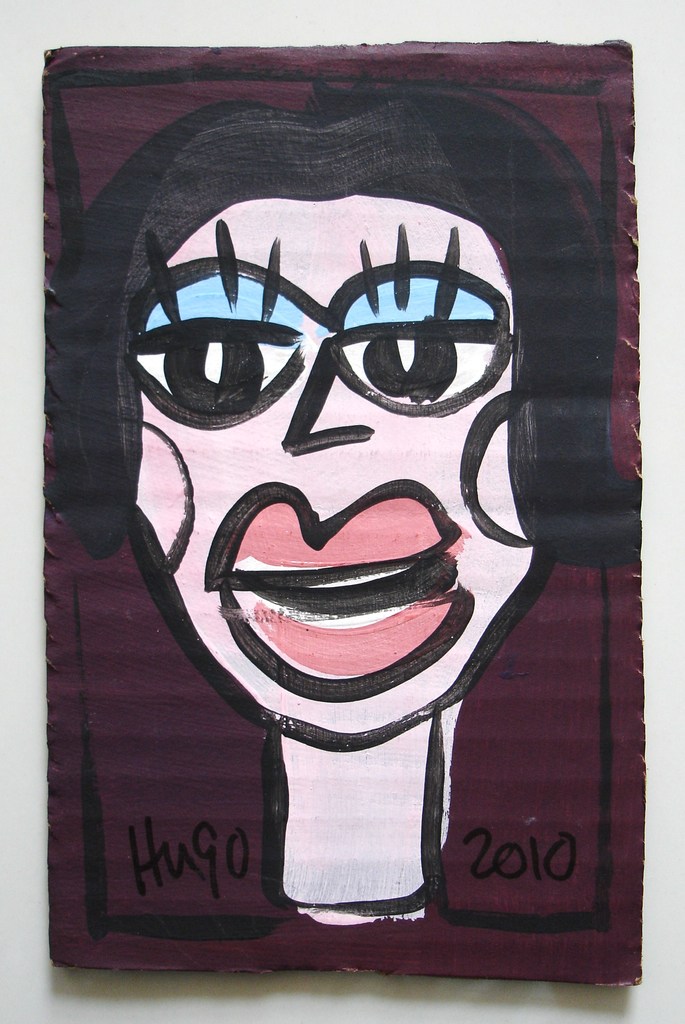 An Envelope is Superior to Email so says Valentine Mark Herman

Thursday was a wonderful day. I understood Valentine's message on his page that "An envelope is superior to an email". How true. One can hold an envelope, runs ones fingers where the artist has made conscious decisions to paste, collage and draw visual images. I could own an envelope all the way from France. Words in cyberspace float in their own miasma, giving us no satisfaction of ownership - by his gift, I now own Valentines envelope, a piece of his art. AND MAN!! The curiosity of whether or… Continue

Return of the Astronaut from herr ERNI

ERni's eagerly awaited mail FINALLY arrived on Thursday. It was very apposite to our discussions on the landing of mail art. Somehow his card make me think that under his suit, the astronaut had carefully chosen his underclothes so that should he be taken by moon residents, they would be overwhelmed by the colors of earth in comparison to the greyness of their planet. They would be so overwhelmed in fact they would let him go in exchange for his glittering undergarments. I looked up ERni's… Continue