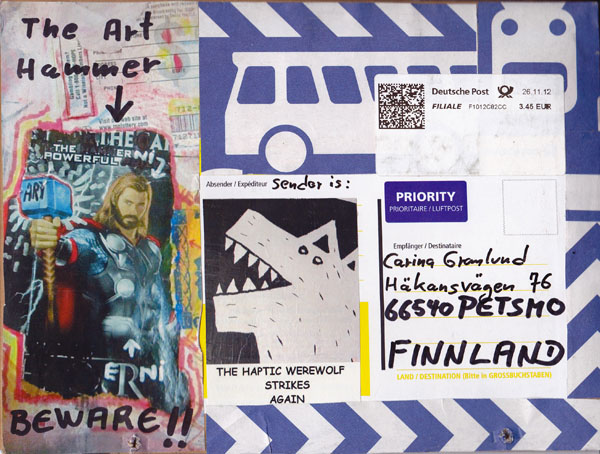 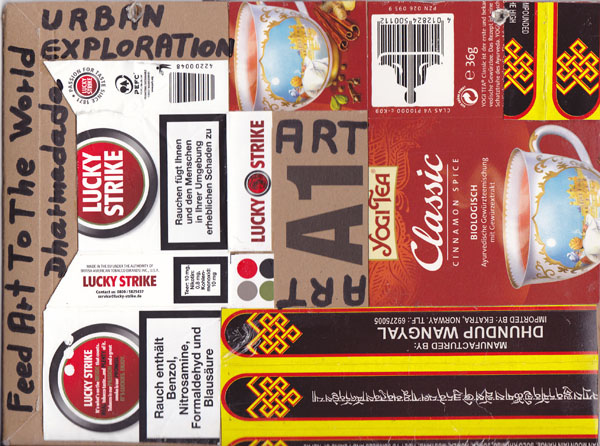 A NICE, big package arrived from Germany with some fanciful art from Erni.  One could say it raised the Bär for repurposed cardboard collage medium... Following the instructions, one will want to keep this artwork not too cold, and not too hot.  Ah...temperance is always wisest.

Can You Make This Mail Art Into Yarn?? 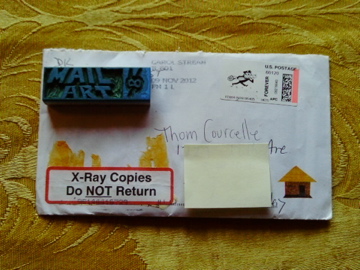 First of all, Ms. Keys made sure that this envelope was going to be delivered hell-or-high-water.  The front of the envelope had a big BOLD--yet re-used--sticker that stated:…

I had a nice extended vacation abroad in October, and I love traveling.  But I'm not the only one taking cultural excursions around the world.  Some friends have sent mailart documenting their recent travels: Dean Marks decided to spend "for daze" in Strasbourg , "just to see what it is all about...  Maps included!!...…

There was an Artistamp Exhibition and Symposium in Seattle several weekends ago, and boy was it stupendous! 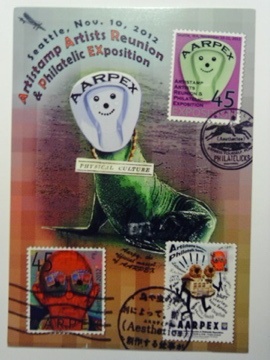 because sometimes it can all become a bit overwhelming.  Here's to a bit of peace in everyone's day! "What did you learn in school today?"

FromCarina, a fantastic digital photo transfer that I think reflects pretty much how many of us react when placed in a black-and-white prescribed room of the everyday and we let our visions and fantasy become the guiding influence in our lives. Thanks Carina!… Boo! Halloween wouldn't have been complete without

this great pic of Baby Zombo,  which has only recently been removed from my refrigerator and onto the art-space walls to join other mail art.  ThanksTheresa!  I have to say, I don't know of anything else in the world that makes one want to hug and flee at the same time.  The shoulder stuffing is particularly touching / disgusting. :) …

This will give a (poorly scanned) idea of just some of the beauty that accompanied Modality 4 by Claire. 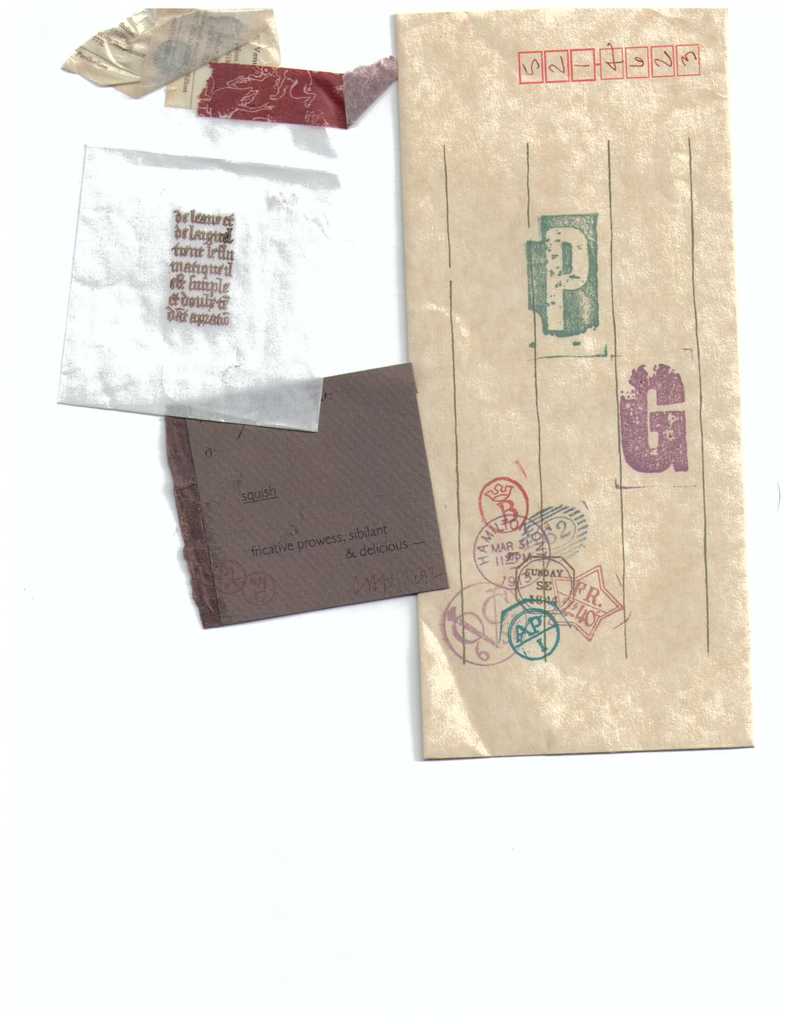 This fall I've been blessed with a few wonders from IUOMA hearts.  In September, I received this astounding piece, Modality 4, fromClaire.  Claire's mail was a mail art experience, multifaceted, layered, a visual and tactile labyrinth that had me opening tapes on envelopes leading to everything from Nietzsche to a fortune telling fish.  I love the way this piece mixes straight and torn edges.  The scan…

The Beauty of Autumn and Residual All Saints' Day Delights This wonderful card came from Debbie Dosanko in Japan.  Debbie notes, "This is an illustration and quote from my translation of an Ainu folktale published in the TOMO Anthology this spring."  Owls have somehow been prevalent this fall.  A barn owl swooped about an inch from my brother's head at our farm a couple weeks ago.  And a snowy owl was documented in the Capitol Hill…

from the Enigmatic Grigori Antonin...

This is an interesting ma exchange...a first for me. I sent him a card in Oct. at De Villo's mention of his opinions regarding MinXus & rats. I received this in return: 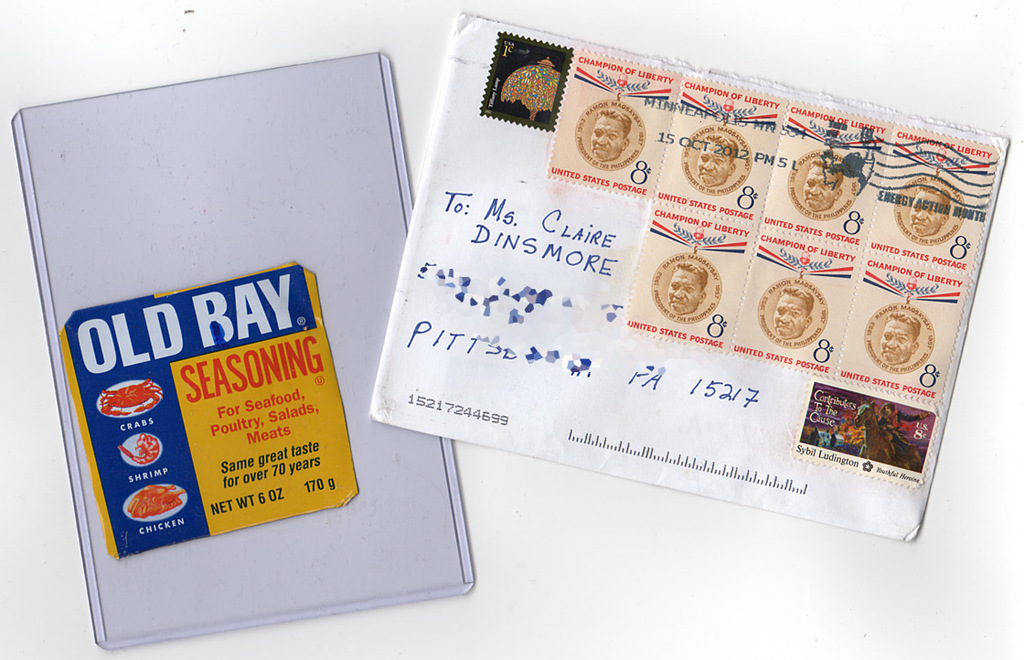 I love this piece! Nonetheless, the exchange is an odd one to me because we have…

A fashion statement by Vaida - hanger included...I'll just have to find room in my closet for this *!* 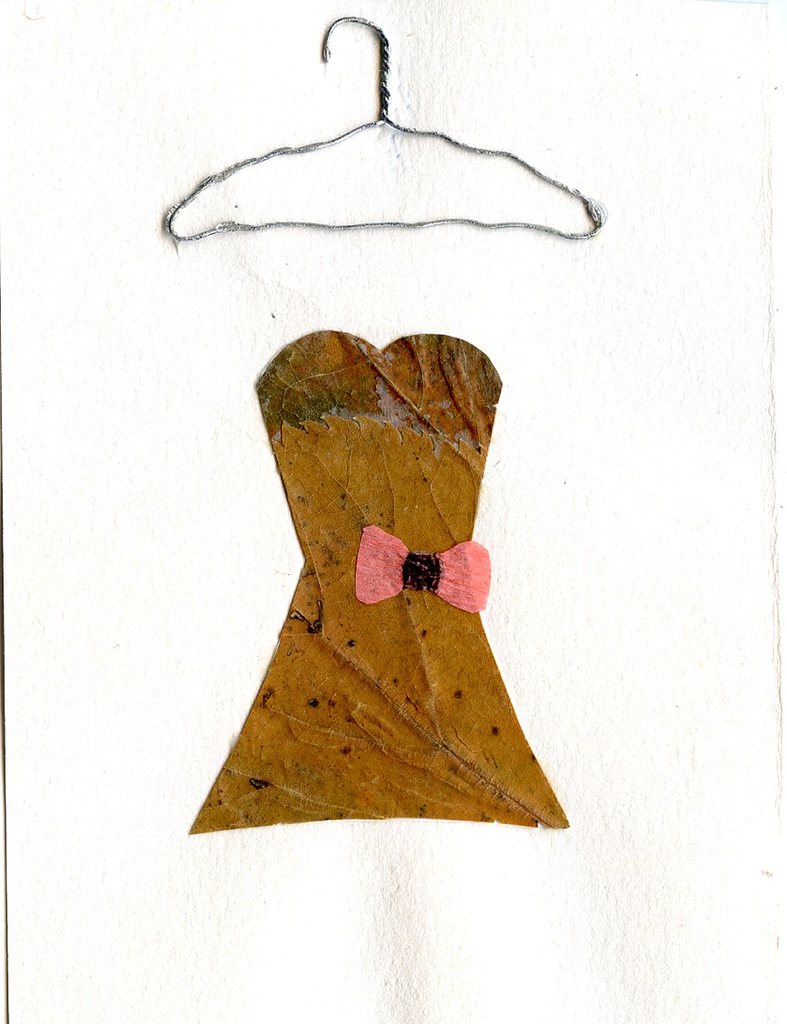 the texture in the paper for the dress is great! It was nice hearing from Vaida...

I commented an Alicia sending a sole per mail and now look at this: 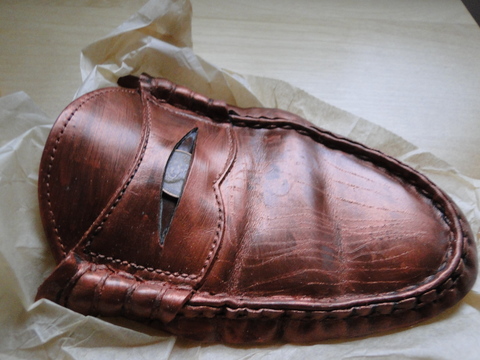 It's hilarious, Alicia, I love…

hEY! This is an excerpt from the current chapter of the 120 Loop, my latest masterpiece, ha! I sent my essay about the Jon Spencer Blues Explosion to the band for any corrections. It doesn't have a title beyond: spring eleven autumn twelve. No I'm not drinking, gimme a break. Yeah the new JSBX is probably the album of the year with that Man or Astroman single behind it:…
Continue

Receipt of Erni a great surprises box...
Impossible for me to post here all the photos, but you can discover all the contents of this "eat-art" on my blog. Wonderful and warm... thank you!

I got an awesome, large postcard from Arac. I just LOVE dachshunds, and I especially love this one with a blue eye and a snowy outfit. She went squirrel hunting. …