Look what I got from Test Tower! Send your mail art that has to do with toys... or whatever you like as usual...

Entries are due August 2010

All items will be posted on: www.jenniferzoe.blogspot.com 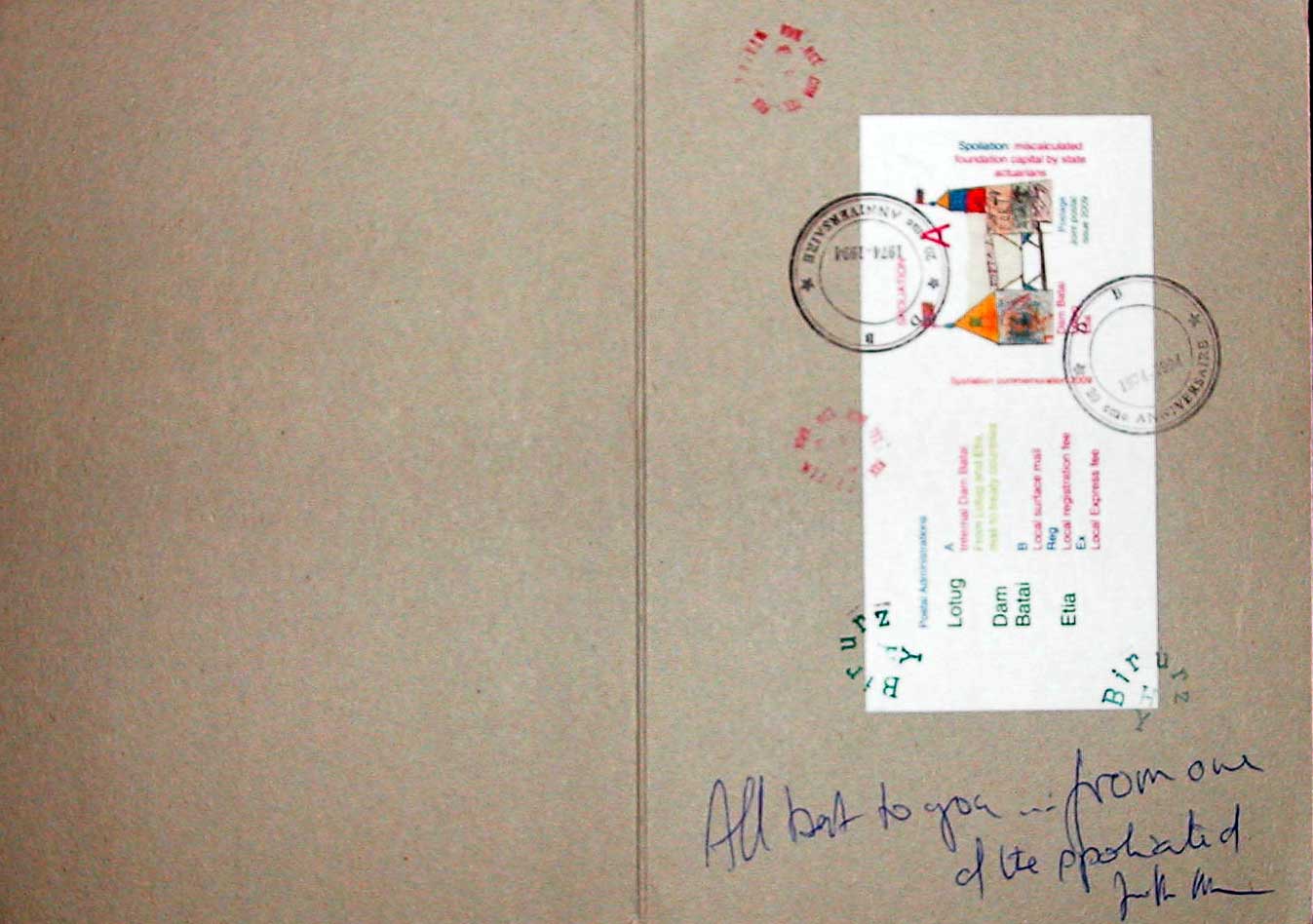 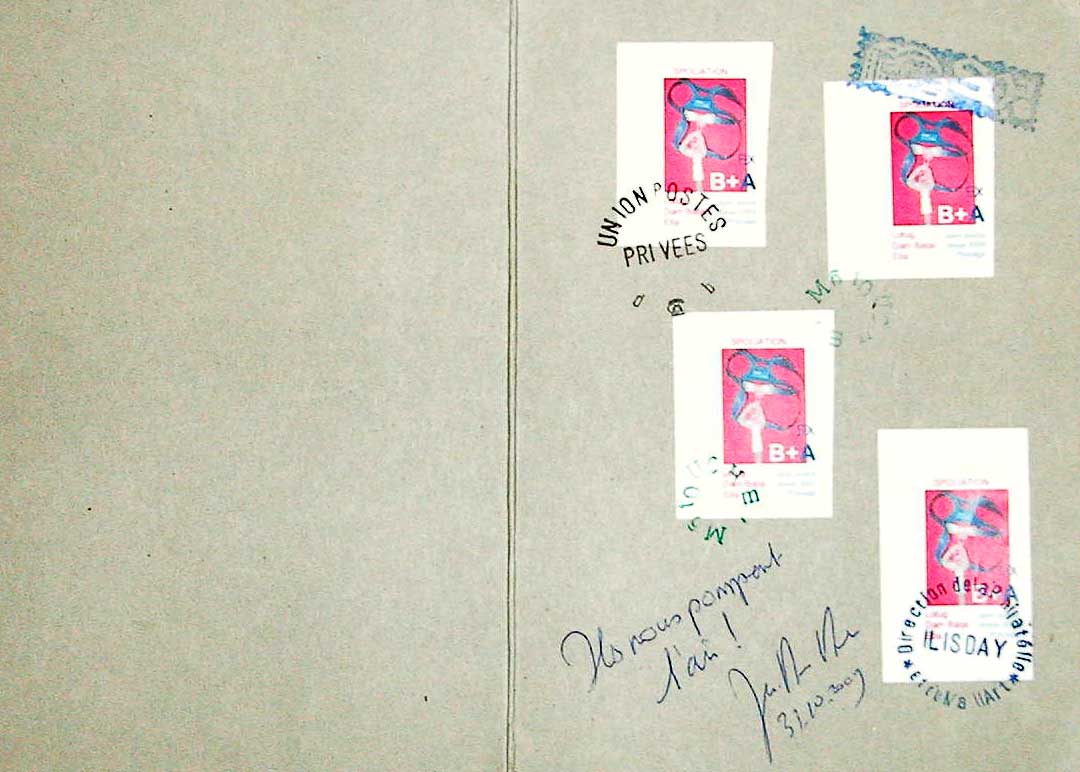 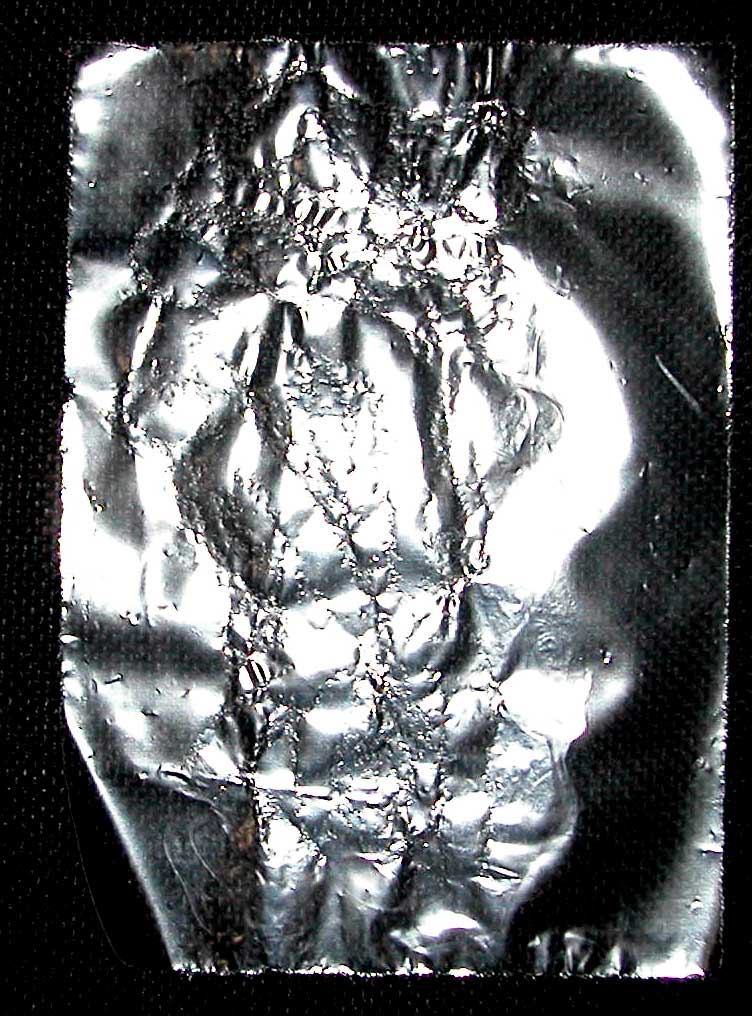 Lecture about mail art in Russia

Here are links to my public lecture I made during Philological conference in the Russian Science Academy in 2007. It's richly illustrated, for all, who has interest, what about mail art in Russia. Comments are welcome!

I counted the postcards i've recieved for the project, and the number stands at 31. A few weeks ago I was recieving one or two everyday, now i recieve about 1 a week, which still makes waiting for the postman exciting, just not as exciting as it was!

A few days ago I recieved a postcard from someone who was scared of bridges. I never knew this was a phobia, but apparently it is quite common and police man are sometimes required to drive peoples cars over bridges when the driver is… Continue Dear Fabio,
I think you must be a graphic designer or holed up in a room of logo's somewhere. Listen- these three mail art entries you sent me could really sell. I think that perhaps Andy Warhol was right...theresa

Dear Davi,
I am thankful for your advice. I often Buy Art first and just wear really threadbare underwear for a looong time. 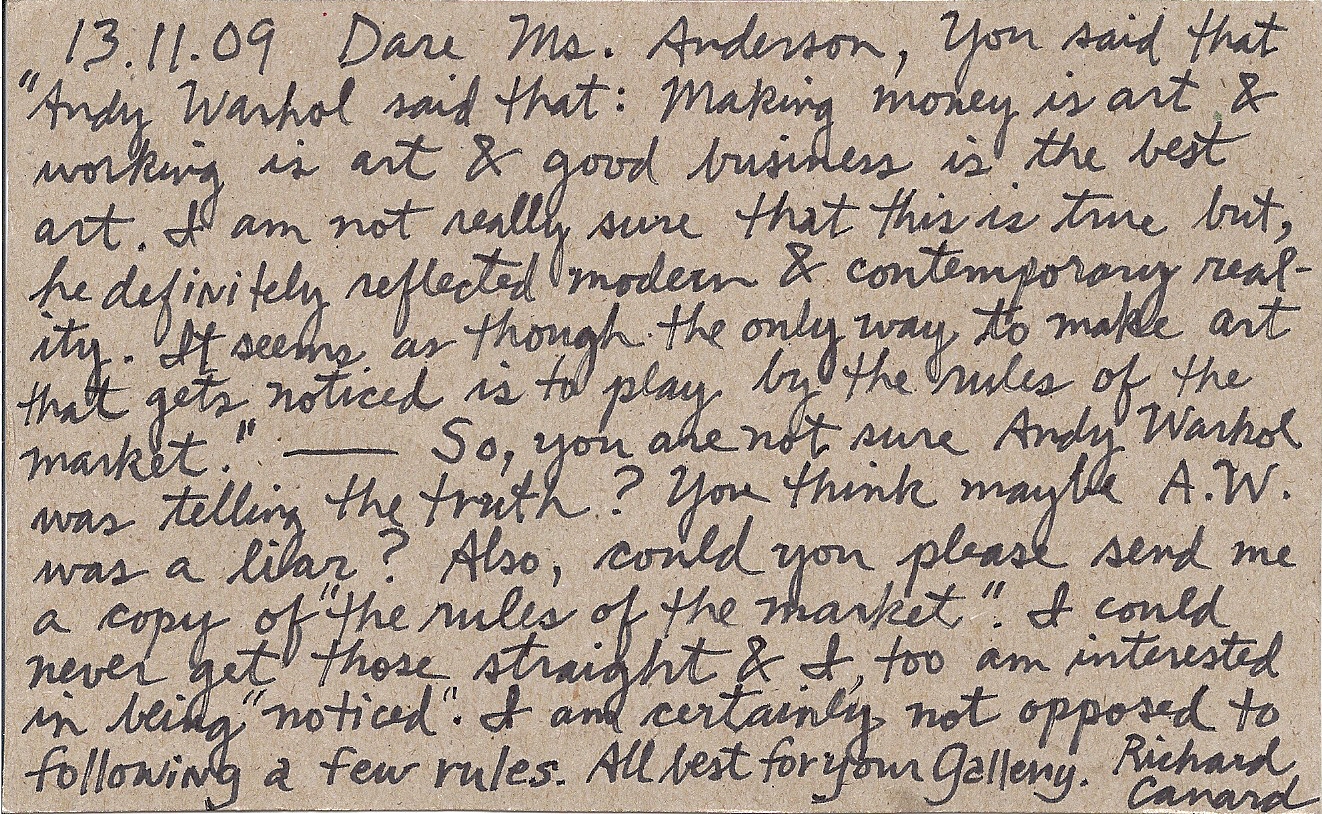 I think that Andy Warhol spoke out of both sides of his lips as he rode a big wave across a stinky body of water. I think Andy Warhol thought that a lot of art lies. As soon as I finish writing my "rules of the market" I promise to send you a copy. I can't think of anything better to do than define that to which I don't understand. Too doo loo.