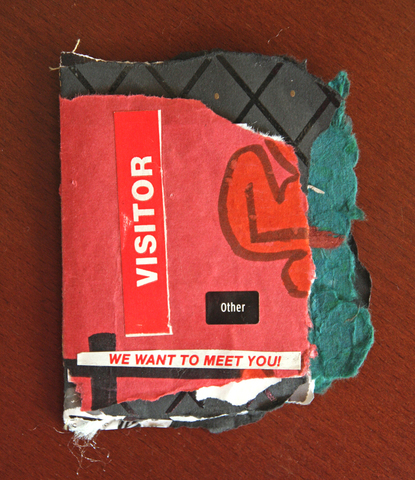 Royal mail for me! The Queen of Trashpo is sending me one of her Trashbooks. More than a just a Trashbook, it seems to be an invitation of some sort. Visitor pass and admittance ticket included, it looks like the Trash People are eager to meat me.
This book contains a few gems, of course, this is DK we are talking about, she fully deserves the title of Queen. What…

From Nikki Soppelsa - Usa. Collage Series, "Life at the Arch" postcard and and one great -callage envelope! 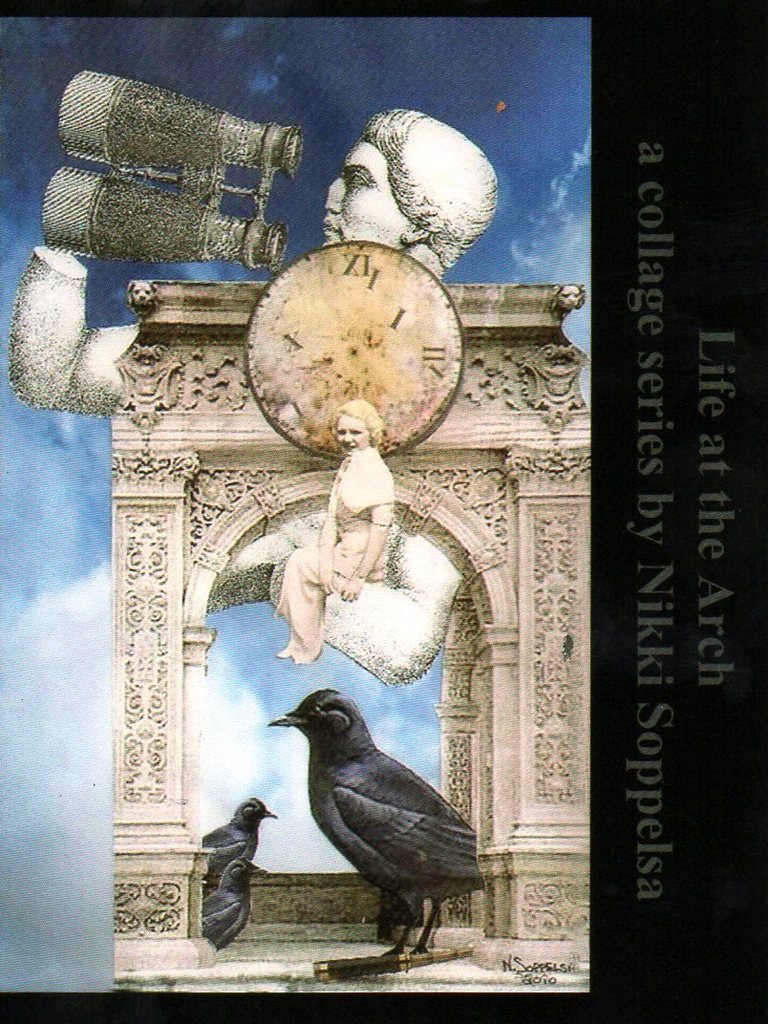 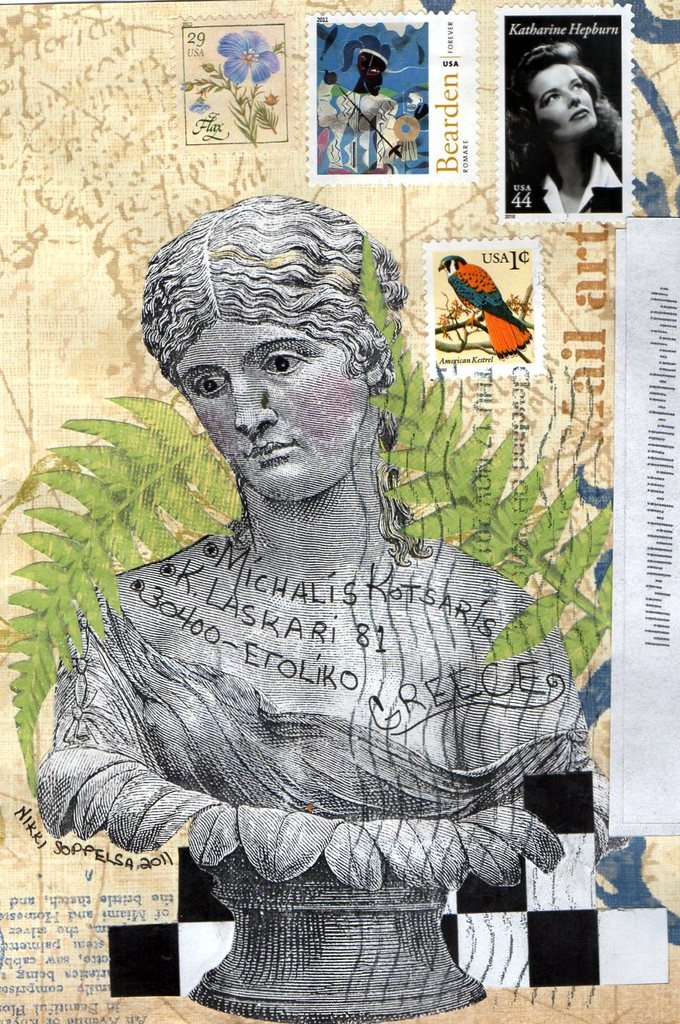 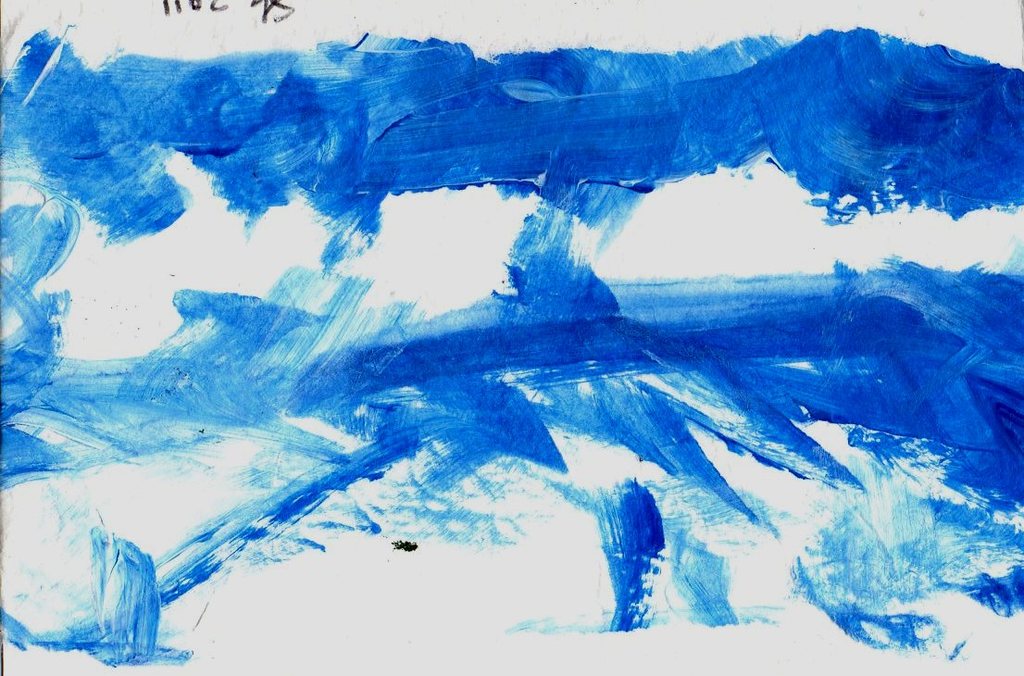 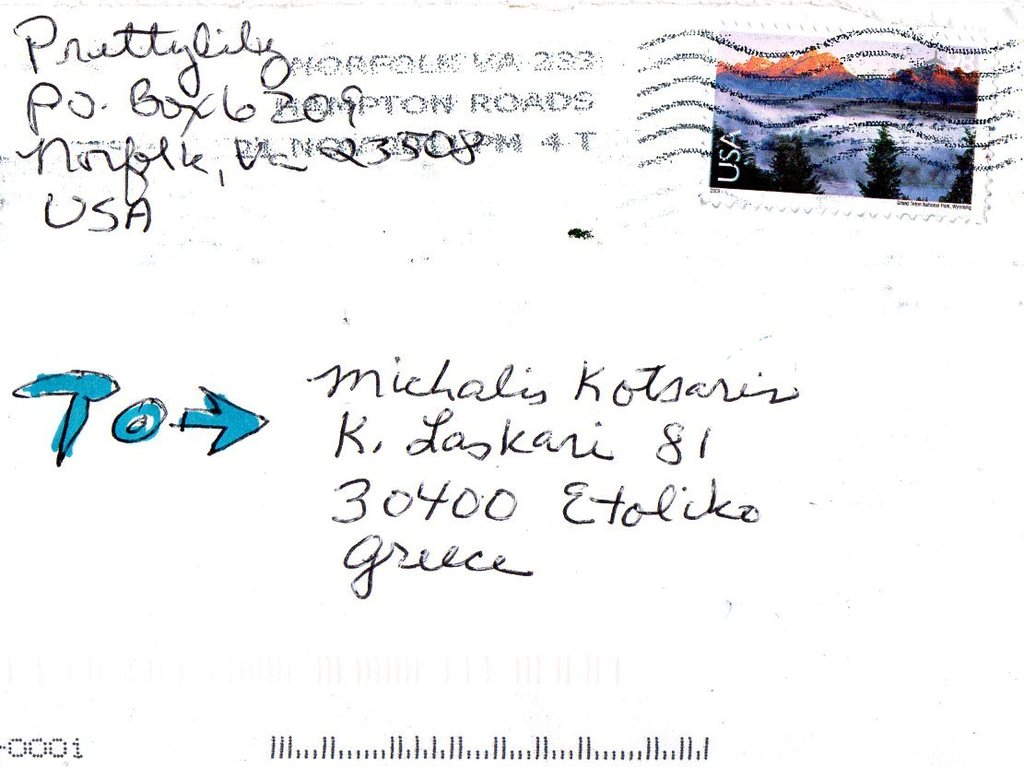 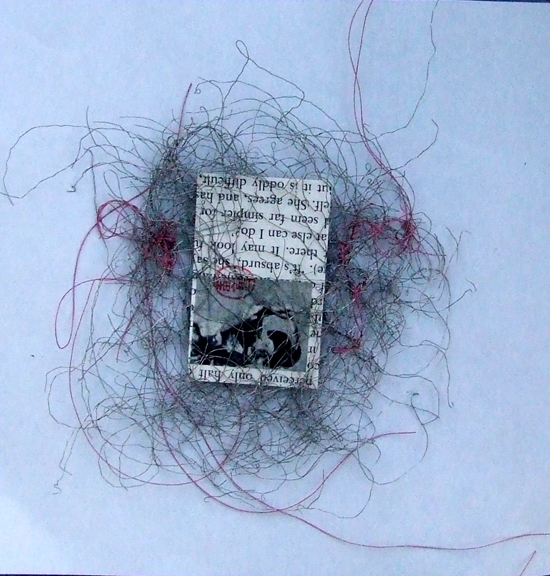 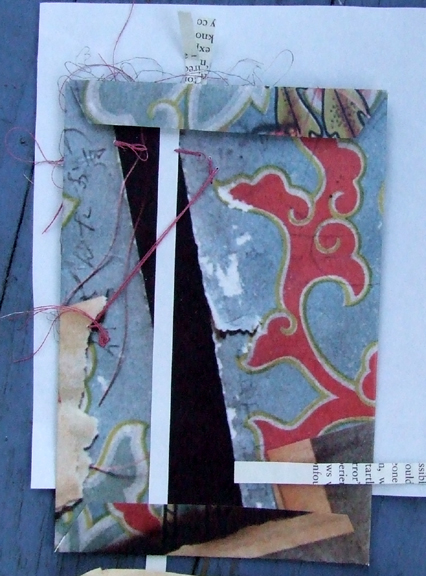 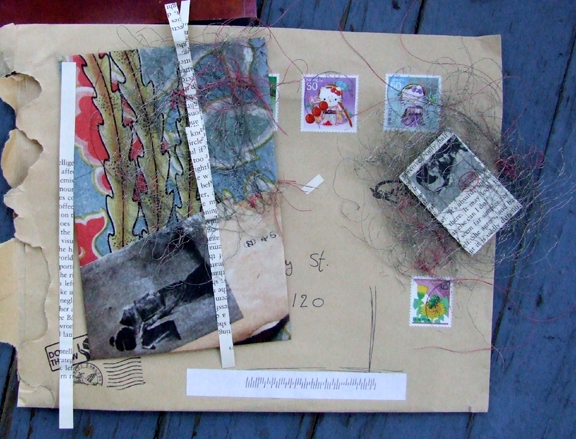 I'm so happy to be able to finally blog this work from Marie. I love how delicate and minimal it all is. And Marie, Queen of Aesthpo has sent me… LOVE the book cover mail art coming from Nancy Bell Scott lately. At first I thought that it was something she had created by hand from blue denim, but upon a closer look, and a smell, I could tell that she had truly re-purposed an antique book. What a fantastic idea...and a great addition to my IUOMA mail art collection. Keep up the creative… 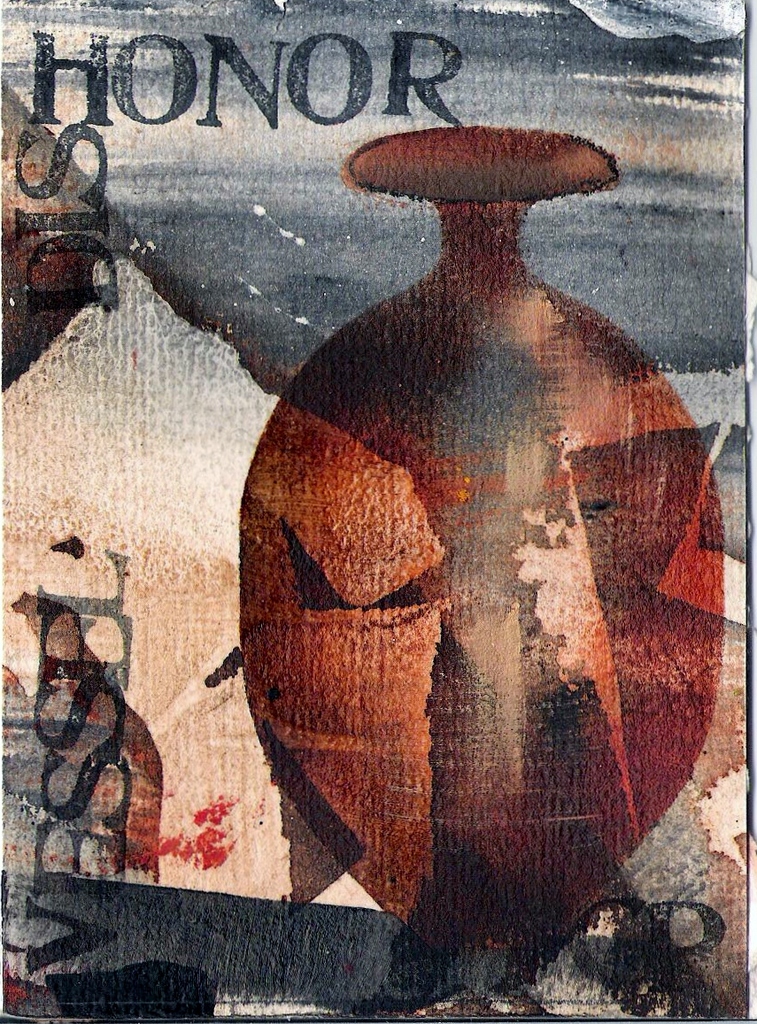 We received this great piece from Cheryl Penn this past week. The colors are fantastic fall colors, depicting a vessel pained in a rust. Love it and love her work. Thank you Cheryl. Keep sending from South Africa, and we will be sending you something in return! Not one, but THREE envelopes arrived from prettylily today, and they are all fantastic 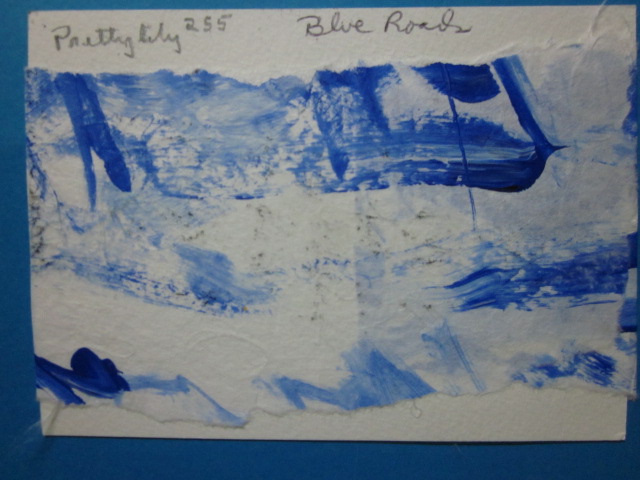 "Blue Roads" , a most textured card paiinted with the bluest of…

This cannot be easy. Dean collected multi-colored rubber bands...and then, "wove" them to create a great happy haptic mail art piece. A joy to the eye and to the touch, and plink-plinck...music to the ears, too! I can use it as a harp and wander the idlylic…

3 das left to send in your photobooth performance

1. Take/make 4 photos of your photobooth performance.

2. Put this in an envelop - do not email

3. On a piece of paper draw dialogue bubbles for talk, think and/or holler (or you can collage from the ones provided at http://ginnylloyd.blogspot.com and also in this FB group). Make sure you indicate which bubble goes with each photo.

4. Clearly print your text in the… Lisa/Skybridge Studios sent this hilarious collage of creatures. I'm still laughing about the barking cookies and the wonderful harmonious pair of zebras.

On the reverse side a great rabbit for DYI, I love it, thanks a lot, Lisa!!!… A book: An object filled with pages bound by a cover. Thats what the dictionary says anyway.  Could that be a suitable description? No, I'm certain its too finite.  Books  are living spaces to become immersed in, multifaceted creatures, each holding within a complex set of codes, structures and textual and/or visual experiences.  To me they are perfect art vehicles – no matter their form, medium, function or visual presence. “Boekies” is a term we have come to know well at IUOMA – it is an… 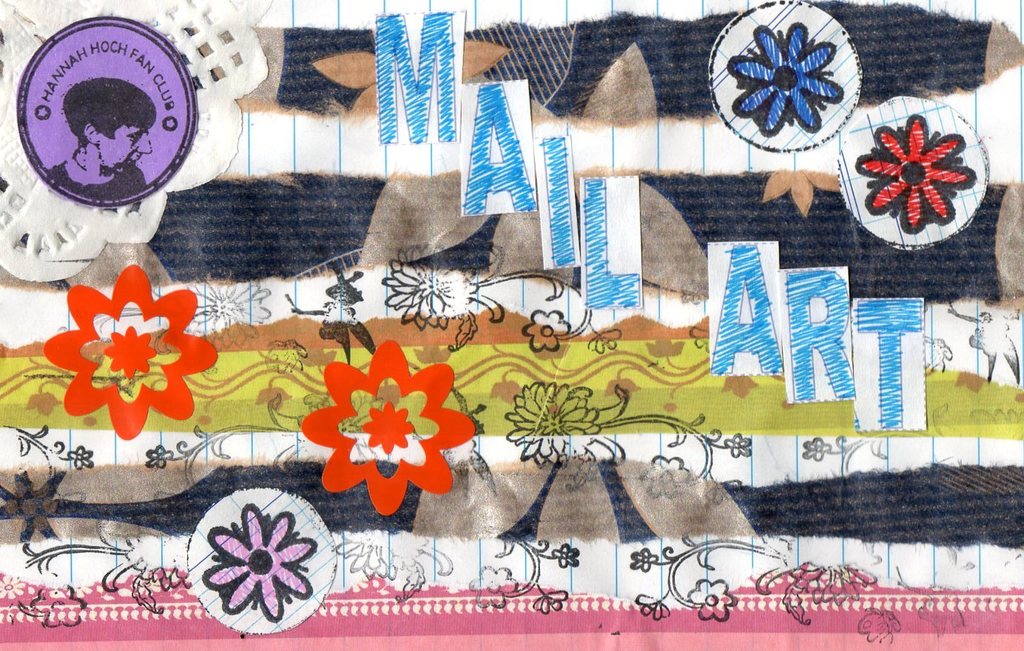 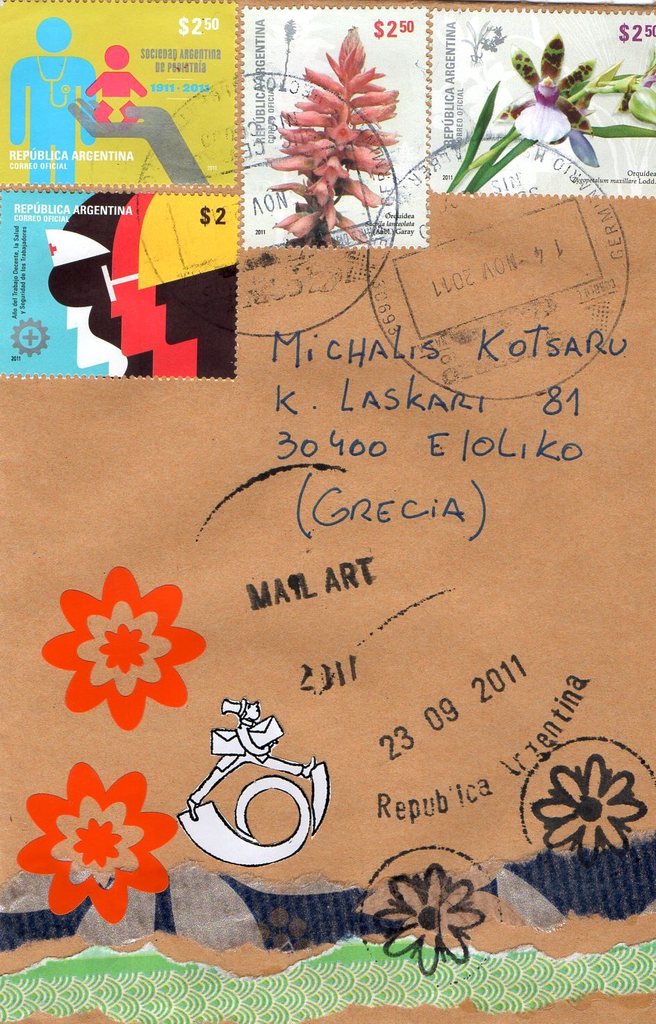 Several mail art pieces have been incoming that are themed towards the Northern Hemisphere's Autumnal Equinox.  This year's fall season seems to be hurtling itself through the calendar days quicker than I have time to appreciate it.  So I am glad to receive mail from friends who have taken the time to contemplate and appreciate the season, and remind me that the Eleusinian Mysteries march onward through their ritual timeline regardless of whether I have time to observe them or not.  Here in… 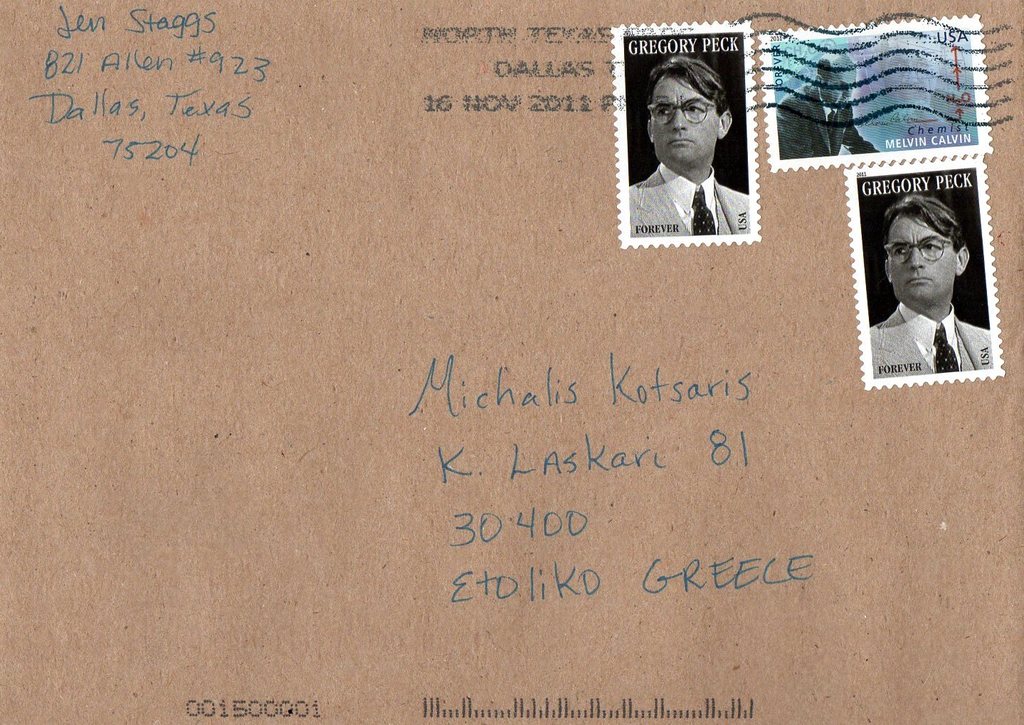 From Frieder Speck - Germany. A beautiful and unick art work!

(part of the work) 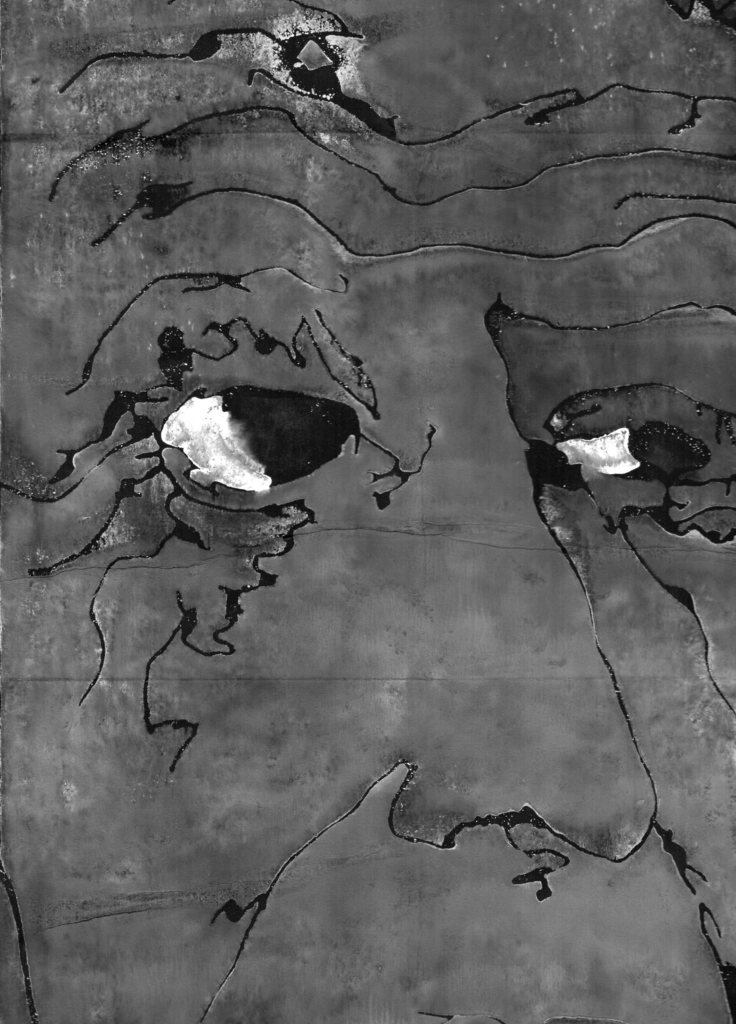 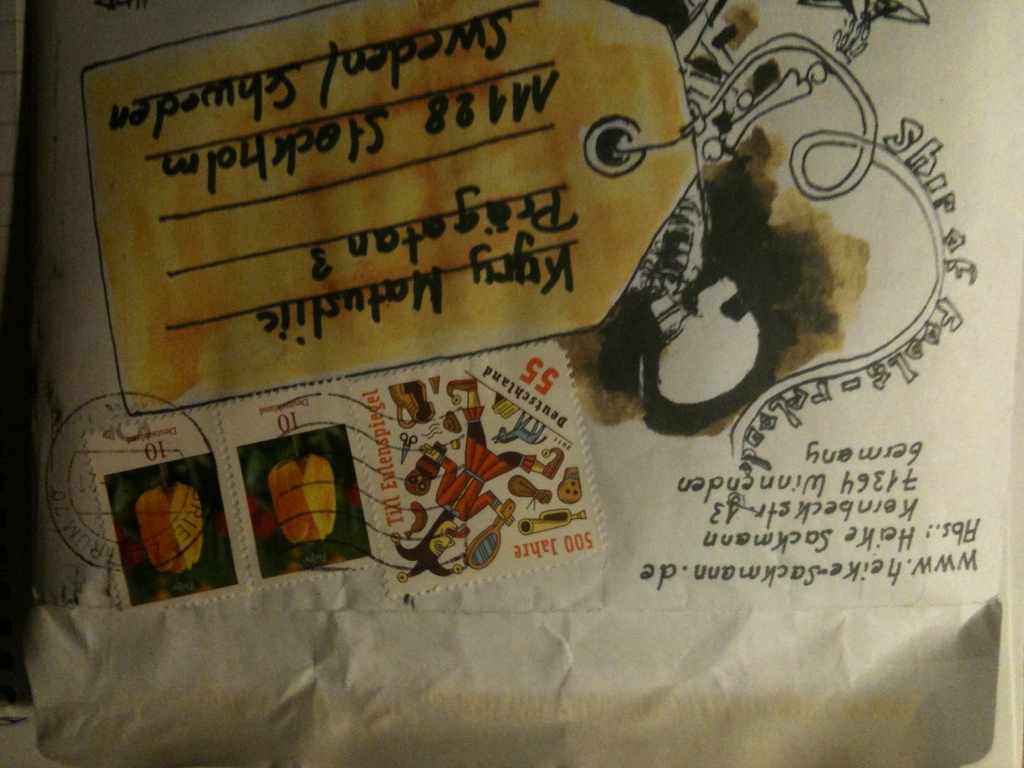 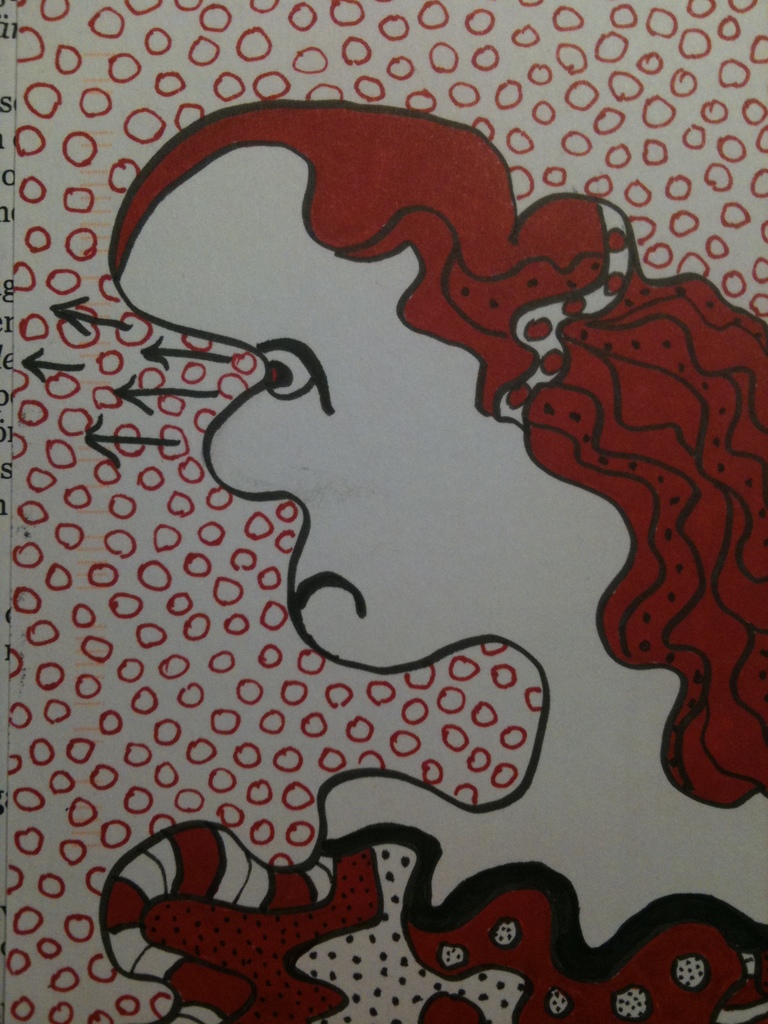 On the Airy Flight of Words

Friends from South Africa have been thinking of me recently. A second mailing of South African provenance arrived of GOTIJ-standard caliber.  Strikingly, the format was similar to that of another South African compatriot's piece recently received--it was an accordion piece, and it also depicted an animal, though of the more aerie variety.  One really had to discover the avian fellow, however, as he splashed around in a bath of liquid alphabet characters.…